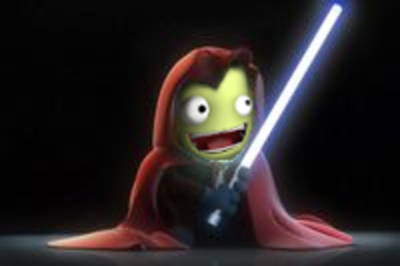 Your upvotes help a lot and are most appreciated!

I came a bit late to the game and it can be difficult to get noticed when craft files drop off the download radar after a month. Your up-votes do help in this respect and are probably the biggest incentive for me to want to post another craft.

I don’t upload tons of craft, but since I do play pretty regularly with the craft that I post here. I will update them and post any related notes at the top of each craft page as new versions of the game are released. I also have a craft reversion script that I can use to convert craft to older versions and I try to maintain a collection (offline) of these older versions. If anyone wants an earlier version of a craft file, just let me know in the comments section for the craft file.

I try to maintain standard key assignments for all my craft. I also like to create craft that can be carried along as cargo on other craft. So with that in mind, I use the following as a guide:

As noted, I use 7 and 8 as general Utility categories that may have other uses for vehicles without the need for docking and heatsink. So 7 and 8 are really my only wildcards. There are certain activities like: ISRU processing, drilling, experiments, singular landing gear toggle, claw deployment, ladders, etc. …that occur infrequently enough that I’m fine not having those activities assigned.

You might notice EZ-Swap parts mentioned on some of my blueprints. This just means the parts are designed to easily be swapped out with some other part of your choosing. It allows you to take out mission bays, and replace with passenger space, or extra fuel, or a docking port… Whatever your mission may call for. There are no other parts attached to them, so they are very easy to change out and still maintain the structure and appearance of the craft.

A Note on SAS and Trim

Generally, I try to trim my aircraft for takeoff, so SAS may not be required for takeoff or low altitude, but anyone that’s ever flown an actual aircraft would also know that after takeoff and ascent to cruising altitude, additional trim input adjustments are often required. For me personally, I recall several takeoffs where I’ve had to crank on that [email protected]#! trim wheel as soon as the wheels left the ground. Changes in weight and balance as you burn fuel also plays into the equation. I’ve noticed in KSP that nimble, lighter weight, lower part count, jet designs also have a bit of flutter to them in flight. In most cases a sign that the engine thrust is too OP for the airframe. Adjustments can be made to dial back on thrust, but most people like the extra kick.

My advice to anyone designing planes is, yes it’s good practice as the FINAL step of your design to trim your craft for takeoff, but I’d pay very little attention to anyone that says your designs are no good if they can’t be flown without SAS through the entire flight. I mean you could do that, but you’d also have to be messing with the trim control as you ascend/descend and burn fuel. Trimming a plane for straight and level flight at a given altitude/speed/weight is nothing more than tweaking a wing angle (incidence) or control surface pitch rotation. …and it doesn’t concern me too much beyond, as in real life, the plane should start trimmed for takeoff. I fly with the SAS on and kinda view it as an Auto-Trim feature that also smooths out control flutter, just feels more like a real plane to me. Toggling off the SAS during flight testing to see if it flies straight and level can help you with stability of your design, so I do recommend at least checking it at low altitude during your flight testing.

see the craft that XLjedi has downloaded