try not to crash it
Note: this was made in KSP v1.5.1 - It may not function as intended in KSP 1.12.4
This craft has been added to your downloads queue. Use the KX Mod to fetch it when you are next in KSP. Enable deferred downloads to make this the default way to download.
Download craft with the KerbalX Mod
how to install
re-download

Or find other craft;
- made by EvenFlow
- that are also pure stock
- that have a similar part count
Hangars that contain this craft
Ace combat | Fictional Warfighters 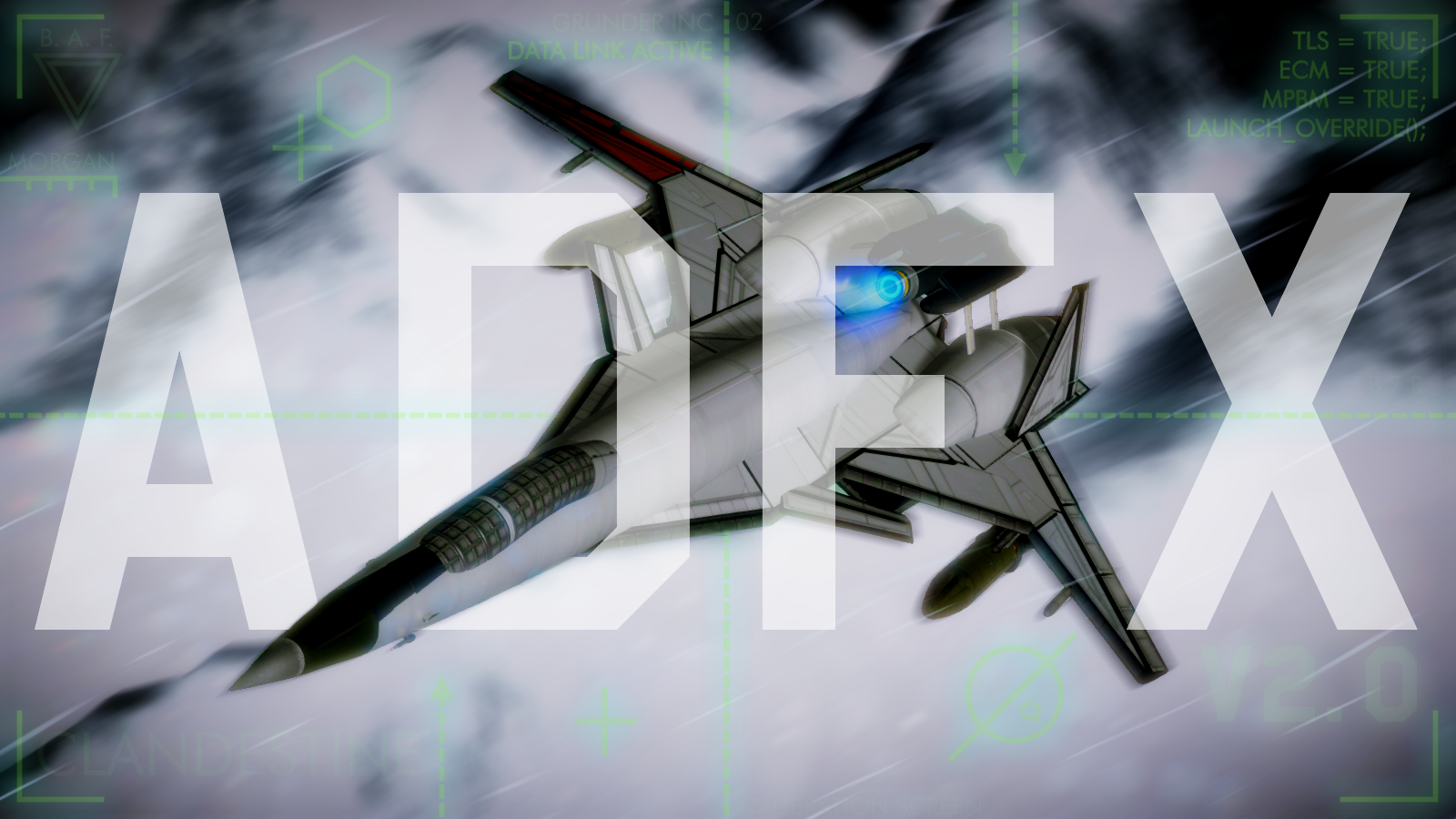 Releasing a remade version of my ADFX-02 Morgan. The revision includes mostly the unique Pixy paintjob made using the Textures Unlimited Recolor Depot mod along with some handling upgrades.

I hope you will enjoy taking it to the skies in this odd-looking monster.

The ADFX (Air Defense Fighter, eXperimental) program was initiated in early 1980s in a small country by the South Belka Munitions Factory. It strived to develop an unconventional fighter utilizing cutting-edge technologies both in terms of the airframe and weapon systems. The resulting machine incorporated a lifting body, negative wing sweep design which allowed it to attain low mass in relation to it’s size and extreme maneuverability thanks to extensive use of durable composite materials which could withstand extreme aerodynamic pressures of high-G, high-alpha maneuvers. The first prototype, also known as the ADFX-01 mainly served as a technology demonstrator and provided limited payload capacity which limited it’s ability to utilize it’s weapon systems simultaneously. These drawbacks were resolved in the second prototype, the ADFX-02. It retained the excellent flight characteristics of the first Morgan while at the same time allowing the pilot to utilize all of it’s experimental weaponry. For the first time in history focused-energy weapons were used in the form of a powerful but bulky Zoisite Tactical Laser System. High explosive airburst munitions in the form of the Multipurpose Burst Missiles were fitted to the underwing pylons and electronic warfare capabilities were provided via the advanced Morganite ECM pod.