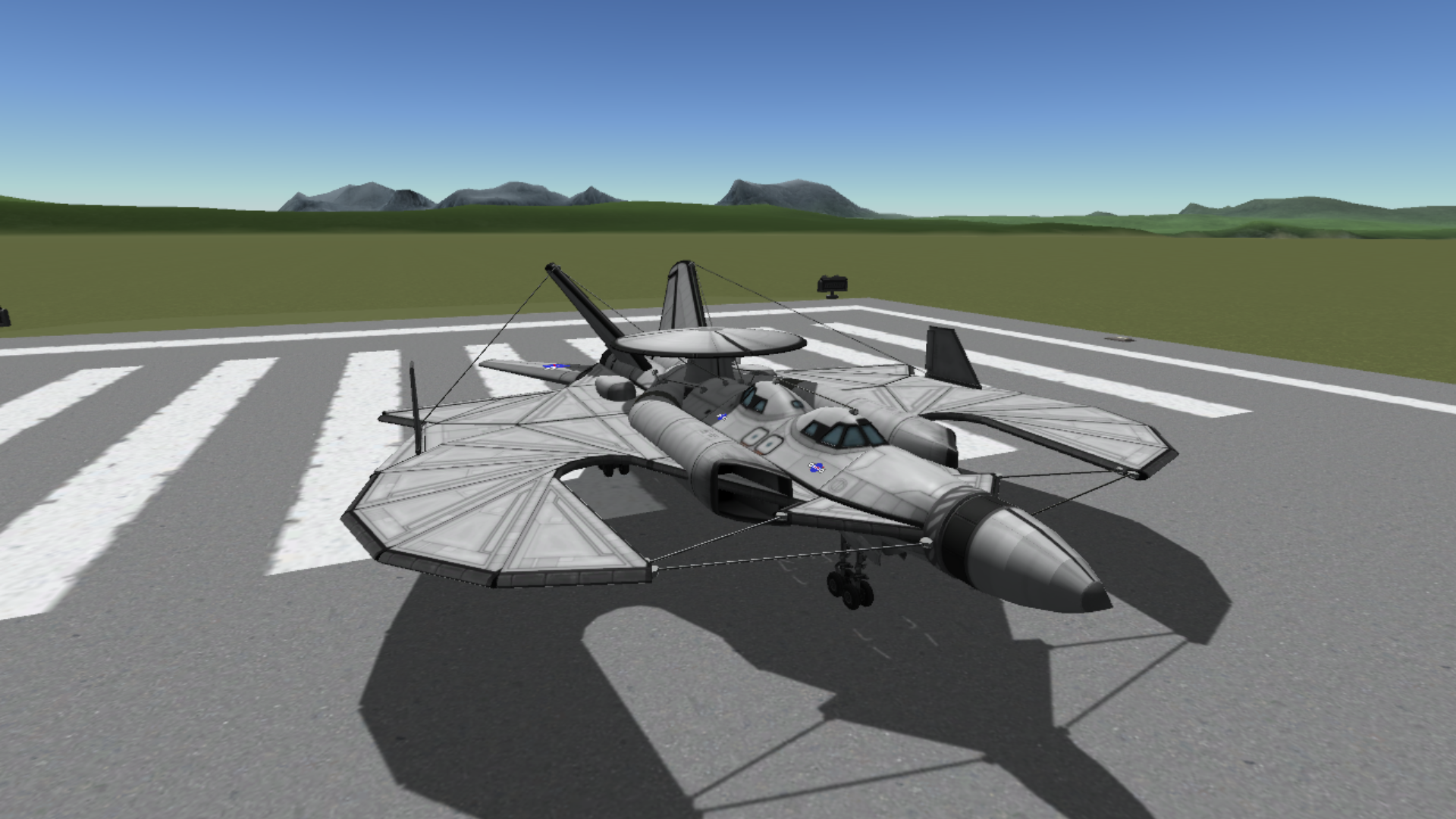 When the Kerbin’s Avengers bomber wing saw the company L.I.O.N. sending out scouts for their missing Soarcerer (turns out they were still using it), Arm-and-Dart was immediately notified. Arm-and-Dart thought it best to develop a new aircraft that could early warn of this, and act as an Airborne Warning And Control System or AWACS. The engineers at Arm-and-Dart looked back at the Firestorm and used the wing design of it to create a craft with the capability to fly high, fast, and warn pilots of oncoming threats long before the threats even know they’re threats. The Monitor is equipped with the latest in surveillance equipment and has seats for five kerbals: Two pilots, a radio operator, a radar operator, and a surveillance equipment operator. The surveillance equipment operator sits in an enclosed pod on the bottom of the craft with a 360 degree view of their surroundings. The Monitor also features a large radio/radar dish and secondary communications equipment in the nose. A key feature of this craft is the fact that it can serve as a rescue plane or search plane. The nose contains radio equipment that can be deployed when landed at a crash site or anywhere else. The first shipment of these crafts is due out August of 2847.

Dark Lion of L.I.O.N. has sent secret messages to the intelligence agencies in the Greater Kerbin Alliance saying that L.I.O.N. broke off from Darklion Aeronautics before they merged with Arm-and-Dart to scout out the Warsaw Territories. Dark Lion says that L.I.O.N. is sending out a fake scouting crew to stay undercover. Dark Lion funded the transportation of their Soarcerer to the greater Kerbin Alliance. Dark Lion was payed for his efforts and thanked profusely by the GKA officials. Dark Lion refuses any further comments.

A stock aircraft called A-112 Monitor AWACS. Built with 110 of the finest parts, its root part is mk2Cockpit.Inline.