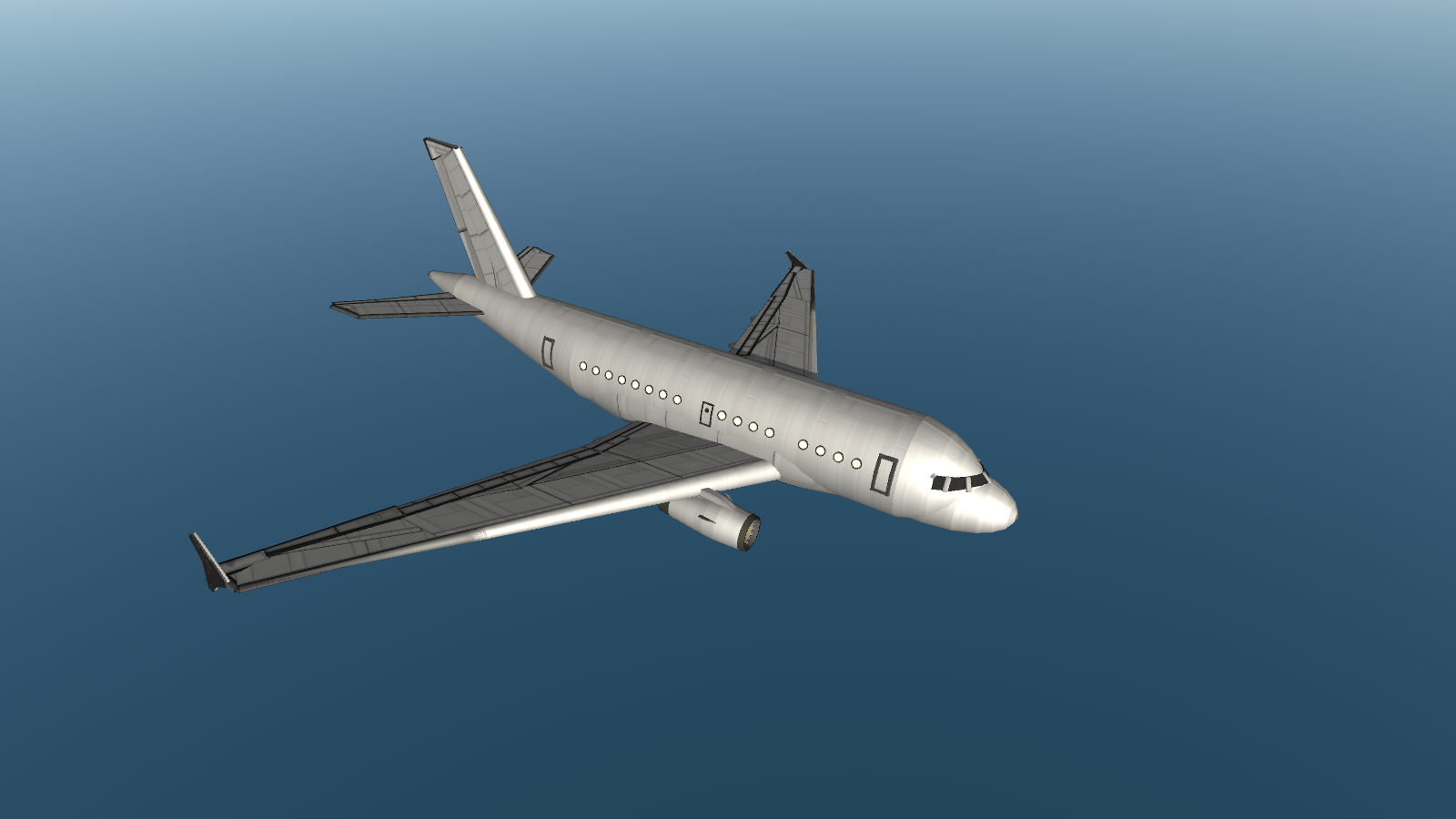 Recently I’ve been getting… complaints that my planes have too many parts. So I thought I’d try and make something reasonable while trying to maintain a good standard. My original goal was 318 parts, but I slightly overshot.

However, I couldn’t quite restrain myself, so what would normally be a 2-part wingtip has ended up with 20 parts. If this doesn’t quite suit you, feel free to replace it with 2 basic fins or something.

Want something with a lower part count? Fs in chat to quality and performance

Flaps are controlled by [I], retract and [K], extend. Max deflection at Limiter 10.

As with all my custom engines, they like to flame out. This one especially so.
Start at 1/3 throttle. Engine 2 will probably suffer reduced thrust so keep centerline.
At >20m/s, throttle up 2/3. Once again, Engine 2 will have reduced thrust.
At 40m/s, full throttle until Vr. Dipping below ~60m/s will now drop Engine 2’s thrust again.

Also has an APU. Toggle with AG2. Note that you have to choose between the APU or main engines, as there’s not enough intake air to supply all 3.

A stock aircraft called Airbus A318. Built with 400 of the finest parts, its root part is HECS2.ProbeCore.