Or find other craft;
- made by He_162
- that are also pure stock
- that have a similar part count 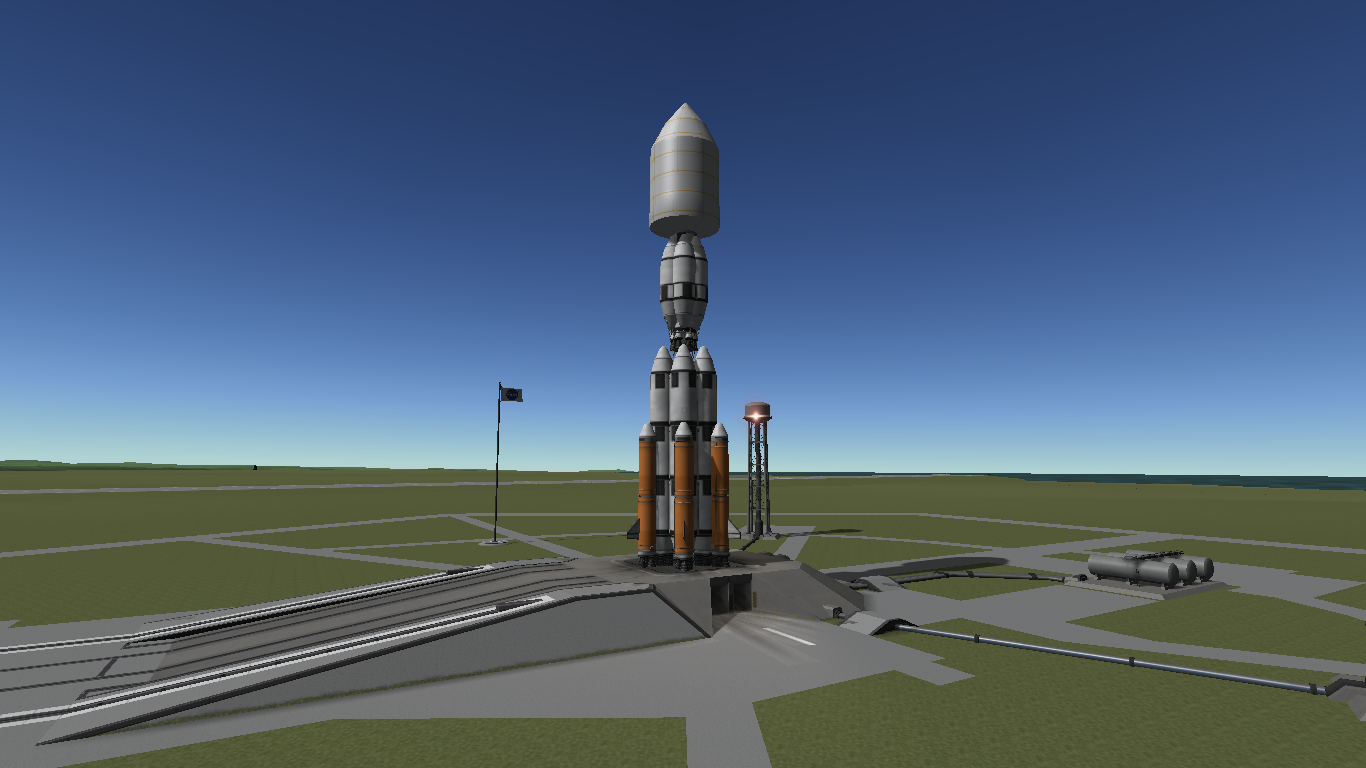 Below are instructions for full 500 ton payload orbit maneuver.
1
First stage, launch straight up, and then at 41,000m make a gravity turn to 45 degrees, carefully. When there, keep going until the apoapsis is 120,000m or higher, and then decouple the first stage.
2
After first stage is decoupled, use the second stage to circularize the orbit (it should fall to about 100,000m due to lack of thrust in second stage.)
3
When this is done, you can use remaining fuel to deorbit second stage, or simply capture it with a de-orbiting craft, or use my 200 ton lifter to bring a vehicle capable of bringing it home to save it’s cost.

A stock rocket called He968. Built with 409 of the finest parts, its root part is dockingPortLarge.