try not to crash it
Note: this was made in KSP v1.4.1 - It may not function as intended in KSP 1.8.1
This craft has been added to your downloads queue. Use the KX Mod to fetch it when you are next in KSP. Enable deferred downloads to make this the default way to download.
Download craft with the KerbalX Mod
how to install
re-download

Or find other craft;
- made by yourteammates
- that are also pure stock
- that have a similar part count 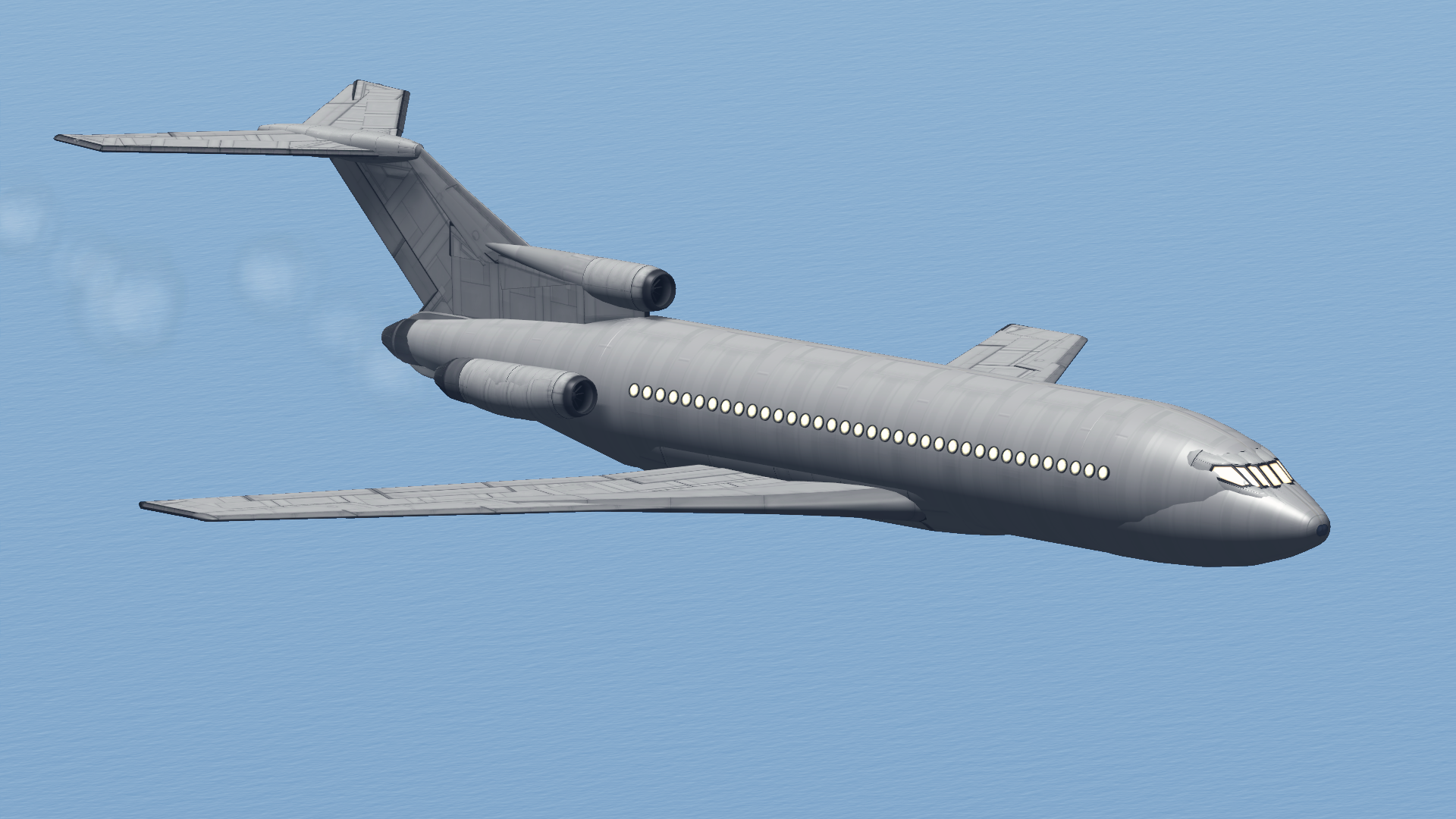 A stock aircraft called Boeing 727. Built with 234 of the finest parts, its root part is probeStackSmall.

Built in the SPH in KSP version 1.4.1.
The Boeing 727 is an American midsized, narrow-body three-engined jet aircraft built by Boeing Commercial Airplanes from the early 1960s to 1984.It can carry 149 to 189 passengers and later models can fly up to 2,700 nautical miles (5,000 km) nonstop. Intended for short and medium-length flights, the 727 can use relatively short runways at smaller airports. It has three Pratt & Whitney JT8D engines below the T-tail, one on each side of the rear fuselage with a center engine that connects through an S-duct to an inlet at the base of the fin. The 727 is the only Boeing trijet, as a commercial design entering production.