try not to crash it
Note: this was made in KSP v1.4.5 - It may not function as intended in KSP 1.10.1
download ckan meta-file
This craft has been added to your downloads queue. Use the KX Mod to fetch it when you are next in KSP. Enable deferred downloads to make this the default way to download.
Download craft with the KerbalX Mod
how to install
re-download

Or find other craft;
- made by sturmhauke
- that use the same mods | that are compatable | with similar mods
- that have a similar part count 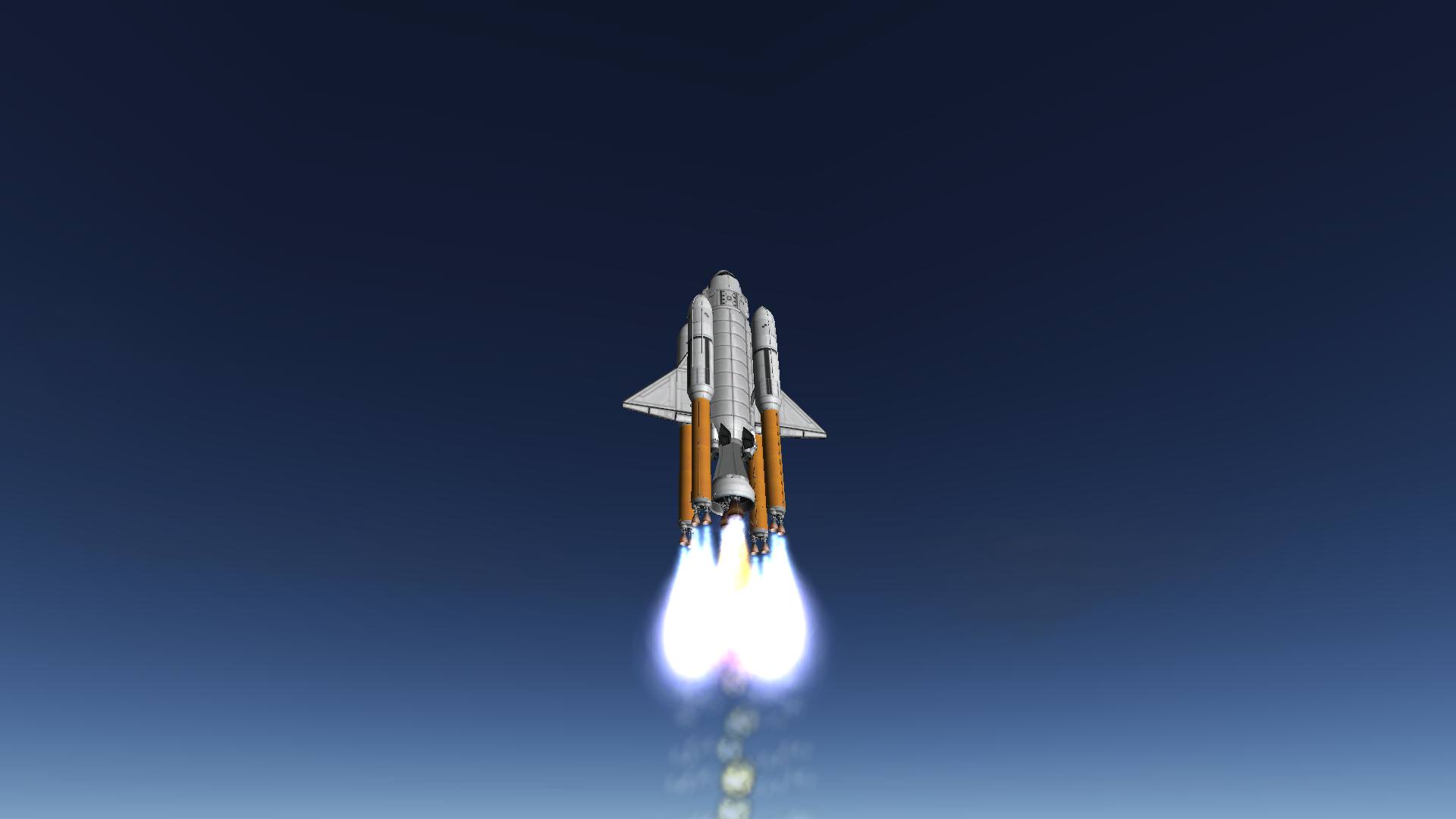 Bustard-Firetail was built for the STS challenge series on the official forums. Bustard is the orbiter (Buran-type), and Firetail is the launch system. The original launch system, dubbed Phoenix, was an Energia-type - that is, a large core with the main engines and 4 strap-on boosters, with the orbiter mounted on its side. But the engine angles (5 groups of 4!) required careful adjustment with each payload, or the craft would have massively unbalanced torque and tumble out of control.

I kept the orbiter and built a new, symmetrical launch system. It might not be realistic, but it’s more kerbally and looks cool. The main engines are attached with a truss adapter to Bustard’s OMS engines. They burn liquid hydrogen, which is stored in the large striped tanks on the fore section and piped through the orbiter. The boosters burn standard liquid fuel, which is stored in the orange tanks on the aft section.

The staging setup is complicated, but flight is pretty simple. If you do make any changes, make sure you understand the engine layout and eject patterns, or you will probably damage the orbiter and have to scrub the flight.

Orientation
Bustard was originally designed to launch inverted, but Bustard-Firetail can launch equally well on its back or its belly.

Staging
* Launch: main engines in the center and booster engines all fire
* Booster separation: stack decouplers fire and detach the boosters to aft; sepratrons fire and cause the boosters to tumble away in a Korolev cross.
* External tank separation: pylons fire and detach tanks radially; sepratrons fire, similarly to boosters
* Main engine separation: stack decoupler fires; main engines fall away to aft.
* Additional staging: at this point, no additional parts will be ejected, it’s just for convenience. The orbiter has OMS engines and RCS for maneuvers (both run on monoprop), and jets to assist on landing. Just make sure you don’t stage the chutes until touchdown.

Reentry and Landing
Bustard can come in pretty hot and still stick the landing. The jet engines give you good crossrange capability if you miss the runway. I built custom airbrakes out of elevons, which react faster and have better heat resistance than the stock airbrakes. And when you do touchdown and aren’t bouncing, press the abort key to deploy the drag chutes, shut everything down, and come to a rapid stop.