Or find other craft;
- made by servo
- that are also pure stock
- that have a similar part count
Hangars that contain this craft
Swing Wings and other Moving Parts [STOCK] 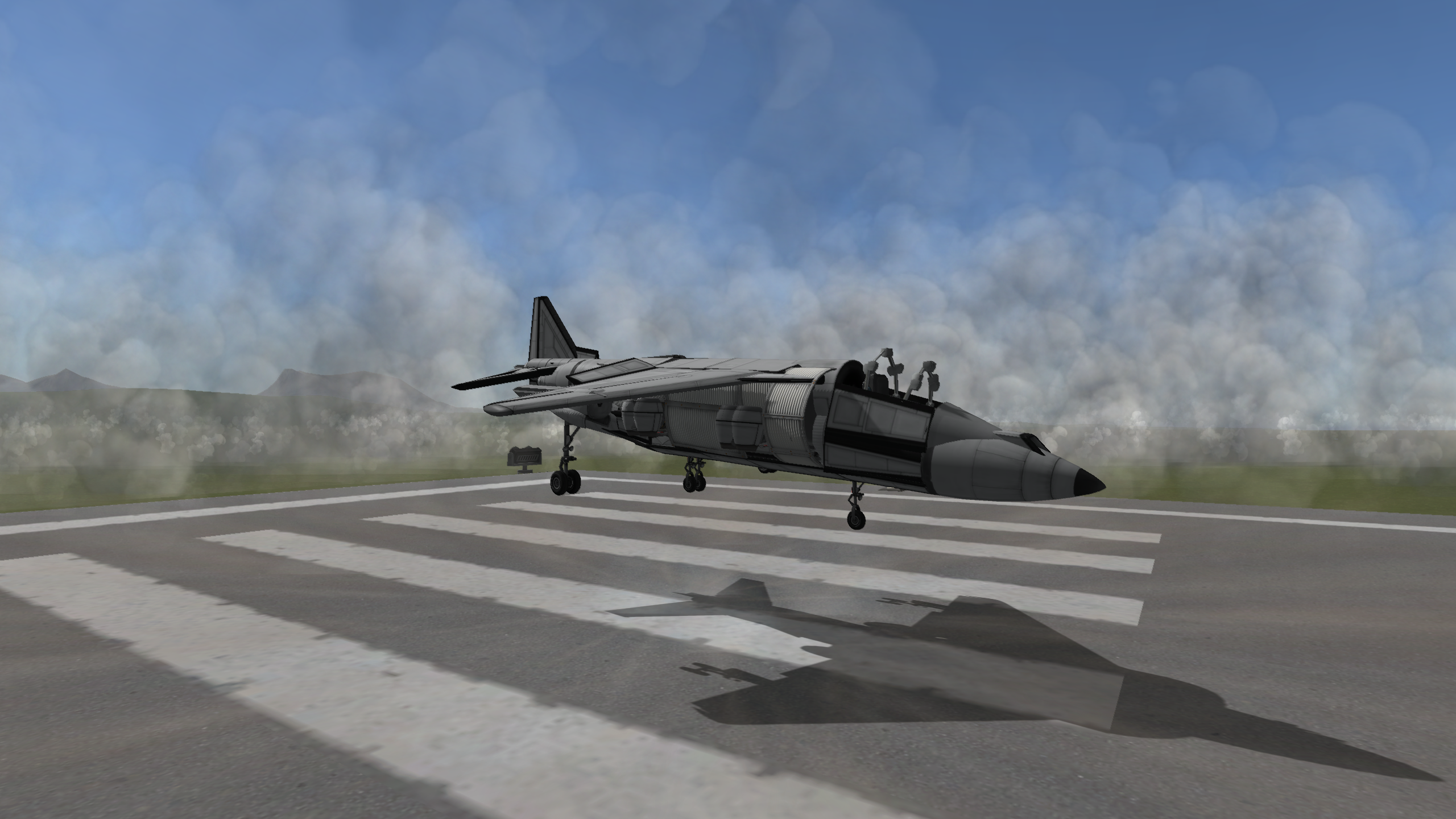 The McDonnell Douglas AV-8B was a follow-on project to the British Hawker Siddeley Harrier. McDonnell signed onto the project to assist in development and ensure that Harriers would be available for U.S. air squadrons. Although the AV-8A was a partial failure (it had less range and capability than the A-4 Skyhawk of the Korean era), the subsequent AV-8B fixed all of the problems facing the design, and USMC Harriers began operating from escort carriers in 1985.

The Harrier was the first V/STOL aircraft to enter service in the U.S. It uses a Bristol Siddeley Pegasus 15 engine, fitted with four swiveling exhaust ducts to direct exhaust anywhere form directly downwards to horizontal. This allows the Harrier to both take off and land vertically, fly conventionally, and perform a number of maneuvers that other aircraft cannot replicate.

The Harrier’s versatility was put to the test in a number of combat encounters in the 1980s and 1990s. In particular, the Harrier proved its worth during the Falkland Islands War. The Harrier’s ability to operate from both the HMS Invincible and other small aircraft carries, as well as from the Falkland Islands small airfields (too small for the conventional Argentine aircraft). Although 10 of the task force’s 42 Harriers and Sea Harriers were shot down during the conflict, they achieved an extremely respectable attrition rate - the Argentine Air Force lost over 80 aircraft an helicopters during the invasion.

Additionally, U.S. Harriers were deployed in the Gulf War, where they served as escorts to slower reconnaissance or forward air command planes, as well as in their intended role, attacking enemy bases and supply chains. 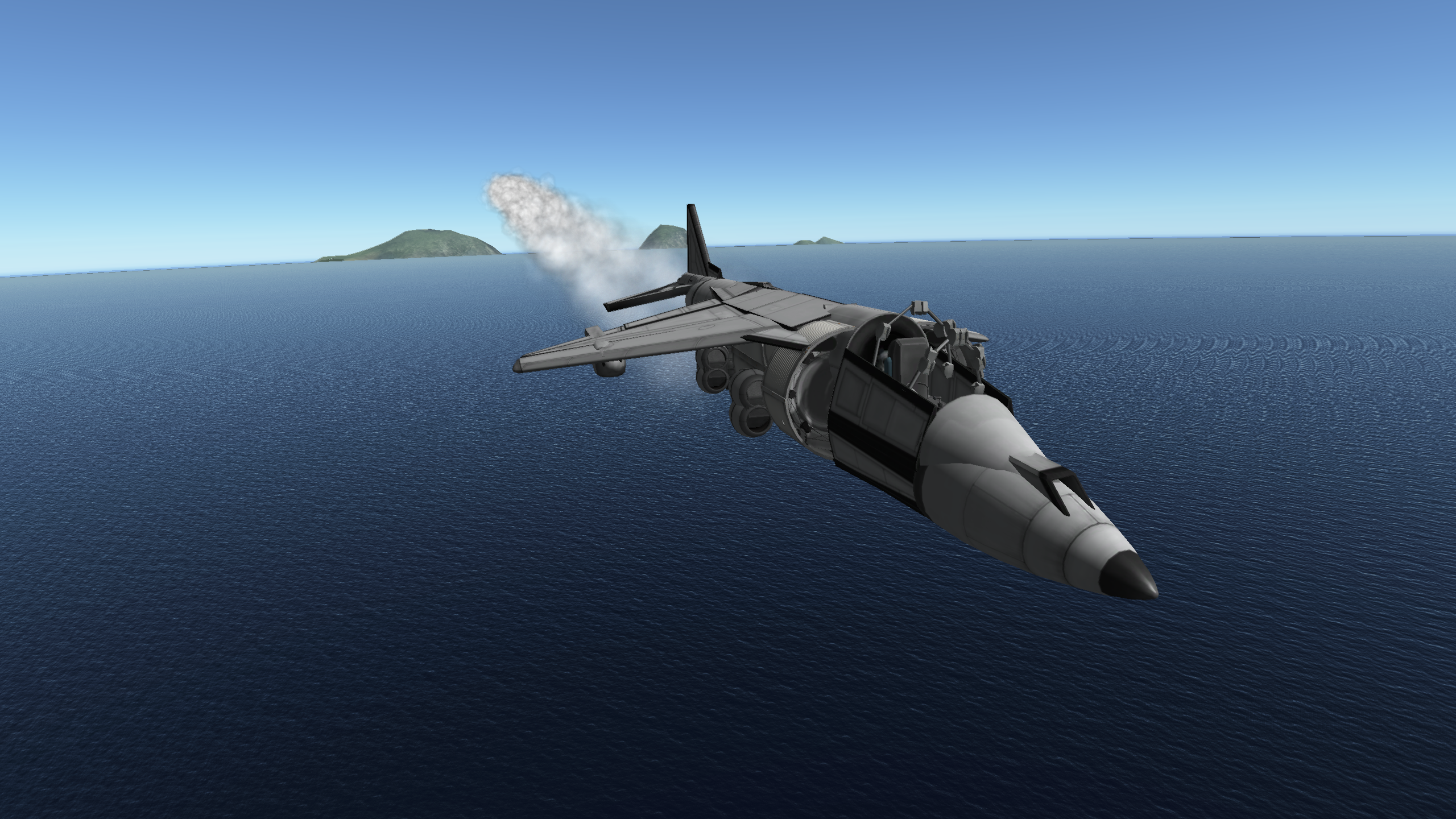 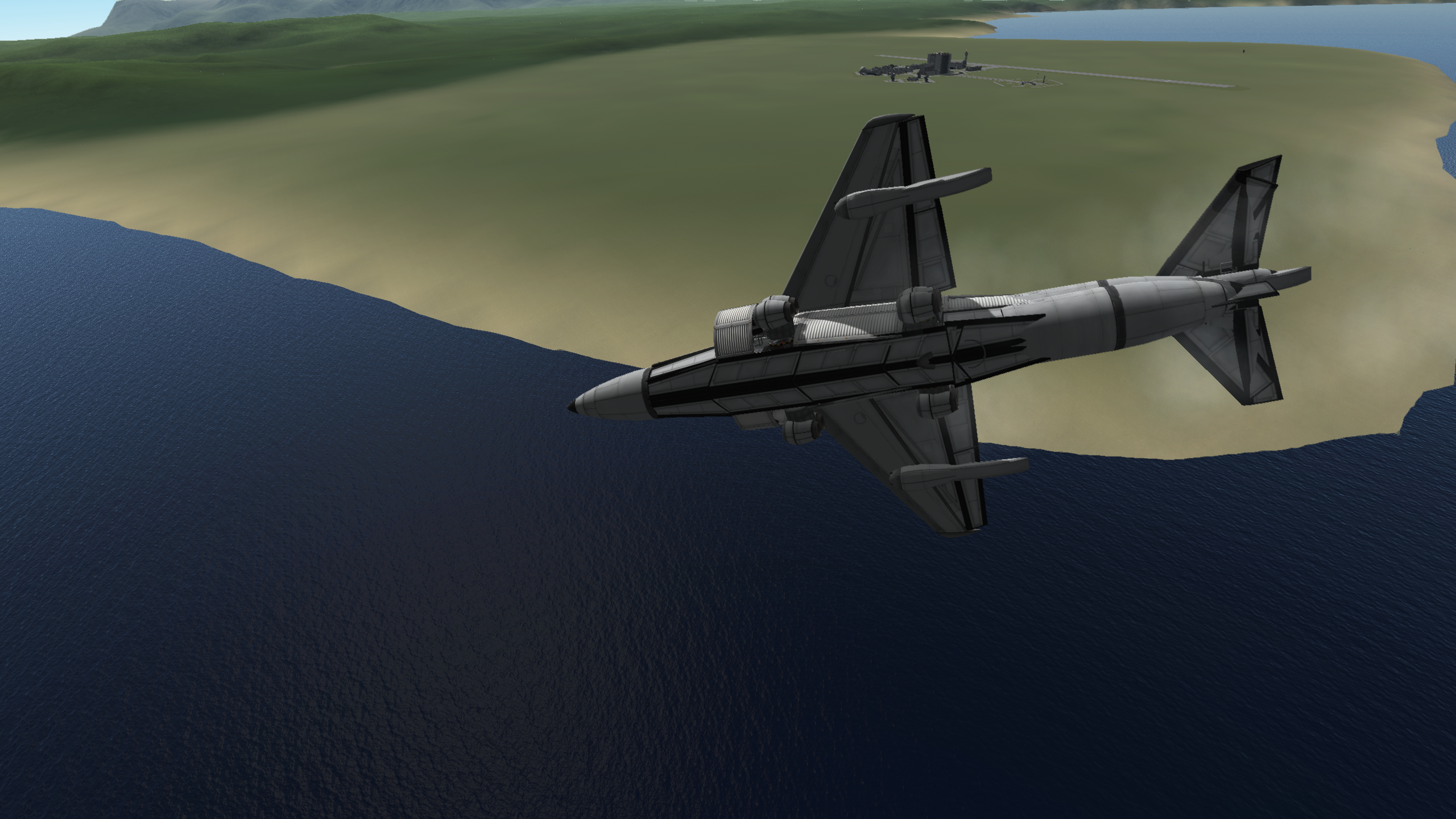 Although the AV-8B was an unwieldly and difficult plane to fly, this recreation can be a breeze with a little practice. In my typical style, I recreated the Harrier’s iconic swiveling jets to allow for V/STOL operations, as well as a number of fancy tricks.
To take off, simply throttle to full, stage the engines to release them, and then turn on SAS. After a few seconds, the junos should spool up and it should take off on its own.

Once airborne, gain about 150m/s of altitude and 15-20 m/s horizontal velocity (less is possible with more altitude). Then use action group 1 to shift the engines into the horizontal position. They should dock on their own, but if not, you may have to adjust the extension on the airbrakes.

To transition to vertical flight again, simply press 2 to turn the engines back to vertical mode. Again, they should dock by themselves. The Harrier hovers at about 80% throttle, and its a breeze to handle in VTOL mode. Of all of my VTOL craft (including my F-35 and ones that have both vertical and horizontal engines), this is the only one that I’ve been able to consistently land on the VAB and Admin building.

Don’t be alarmed by the extremely slow speed (50-70m/s). It’s a really draggy craft powered by only 8 junos, so it’s a bit of a slowpoke. It stalls and takes off at 35-40m/s, so don’t worry about losing control.

I had the action groups flipped, thanks qzgy for notifying me of that 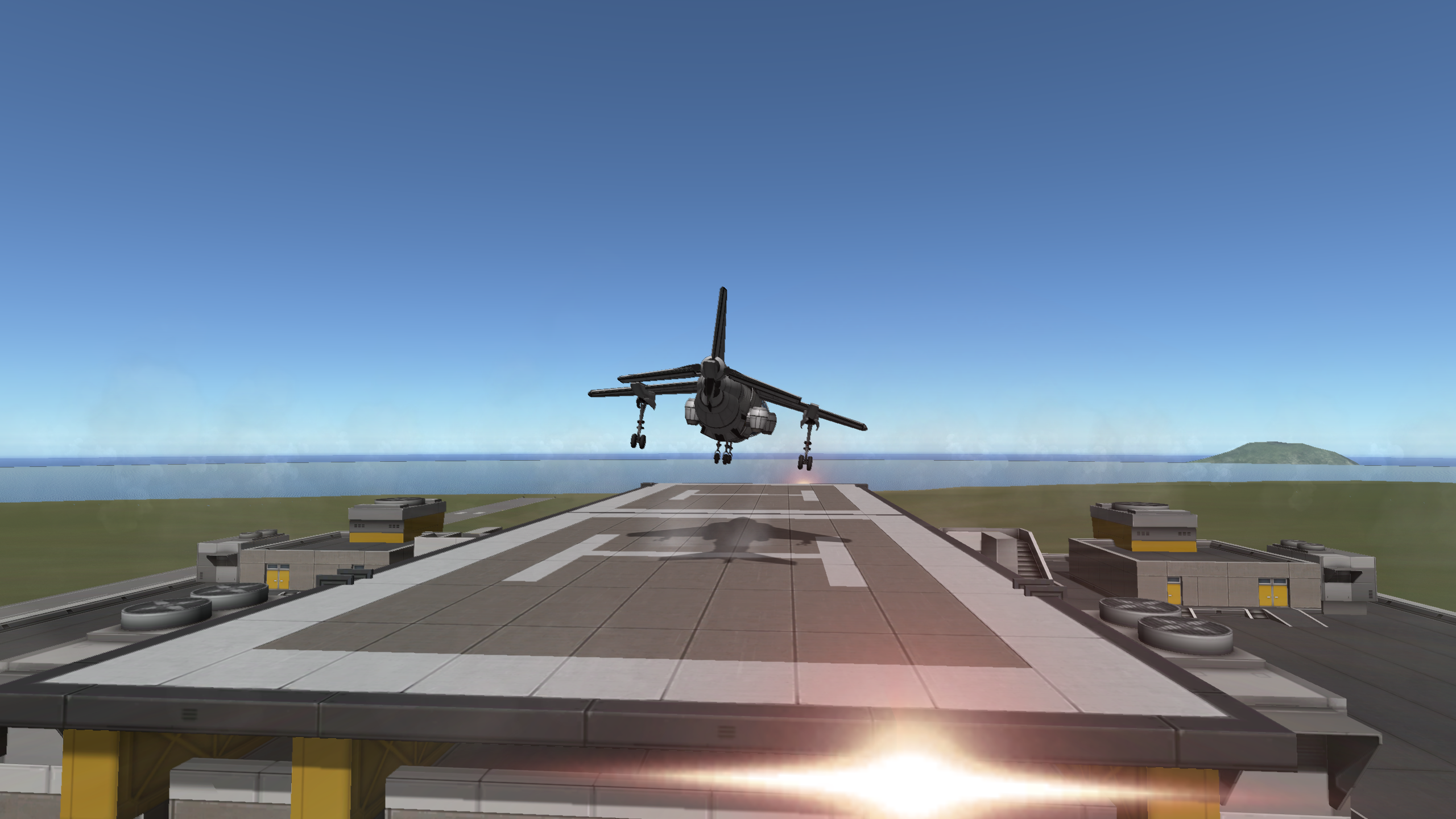