Or find other craft;
- made by servo
- that are also pure stock
- that have a similar part count
Hangars that contain this craft
Recreations | Full Scale Stock Craft 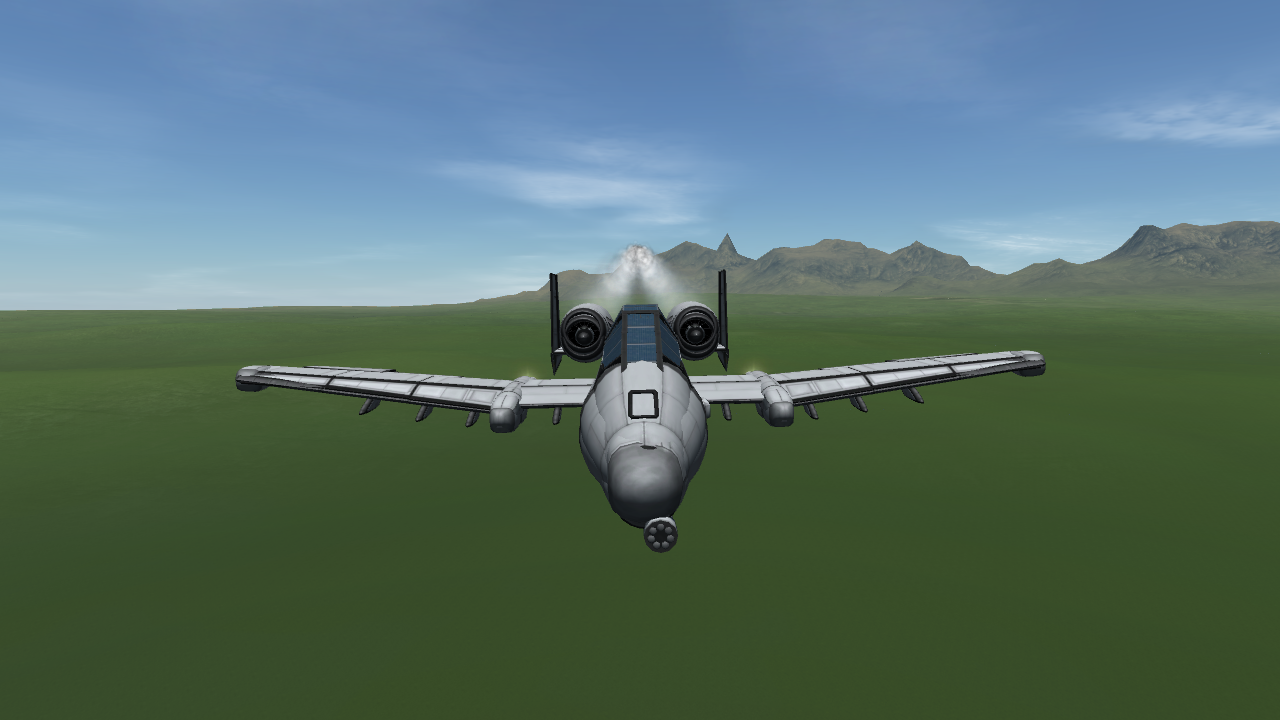 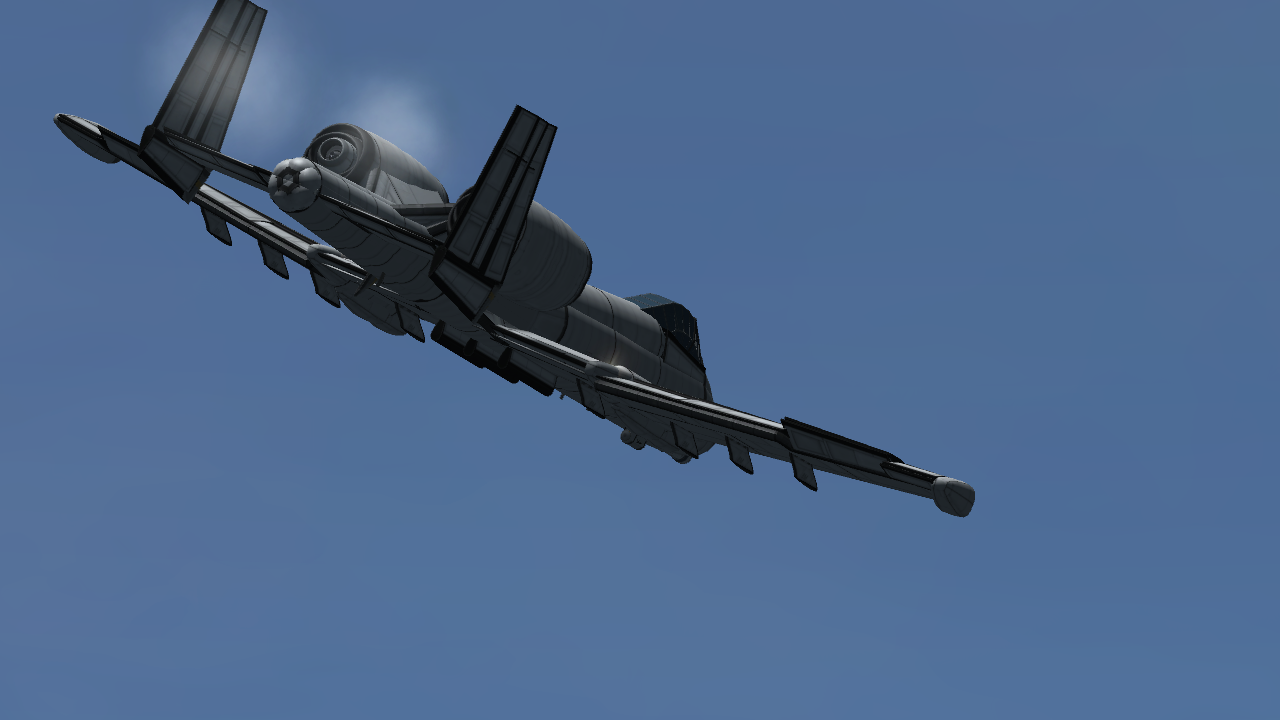 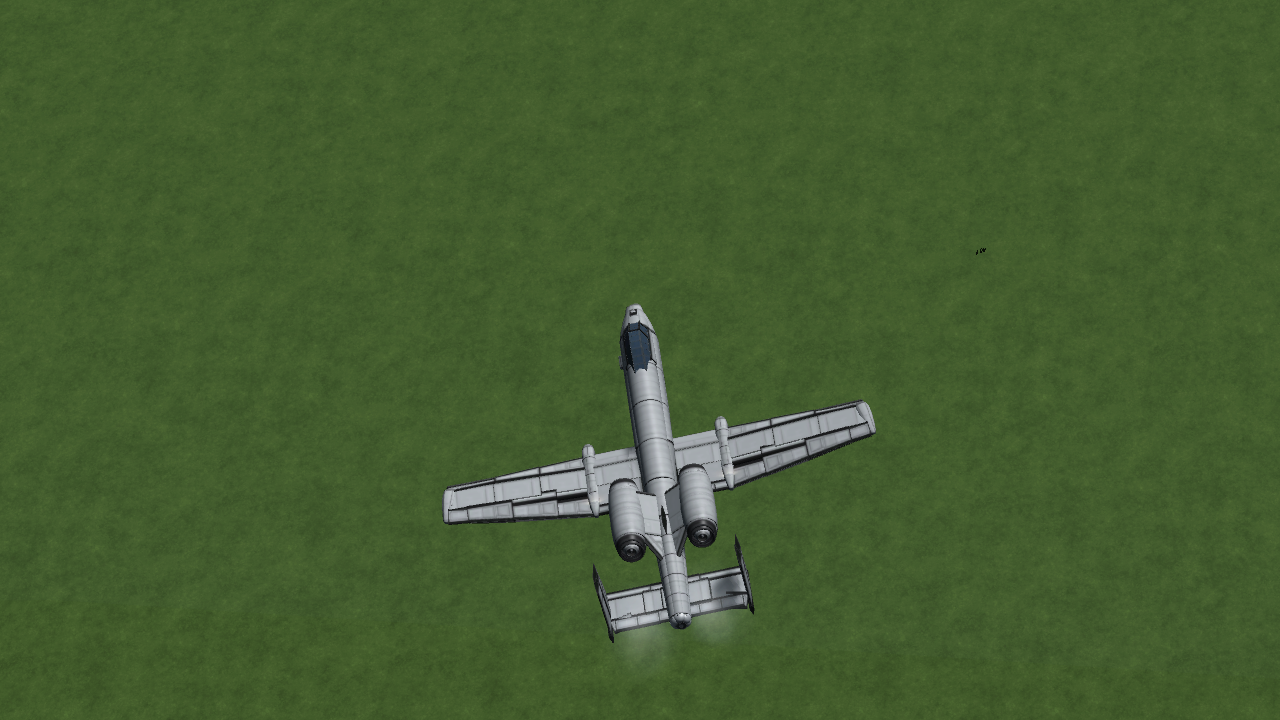 The Fairchild-Republic A-10A Thunderbolt II, or the warthog as its crews affectionately call it, is America’s premier close air support. It flies low and slow, and can take a beating while still staying airborne, and it packs a serious punch. The A-10 can carry 16,000 pounds of missiles, bombs, rockets, and drop tanks to customize its loadout, in addition to the famous GAU-8 Avenger Rotary Cannon.

The A-10 has been a staple of U.S. Air strategy since its introduction in 1977, and despite the development of the F-35A for the close air support role, there are no solid plans for replacement, meaning that the A-10 will likely serve for 50 years. 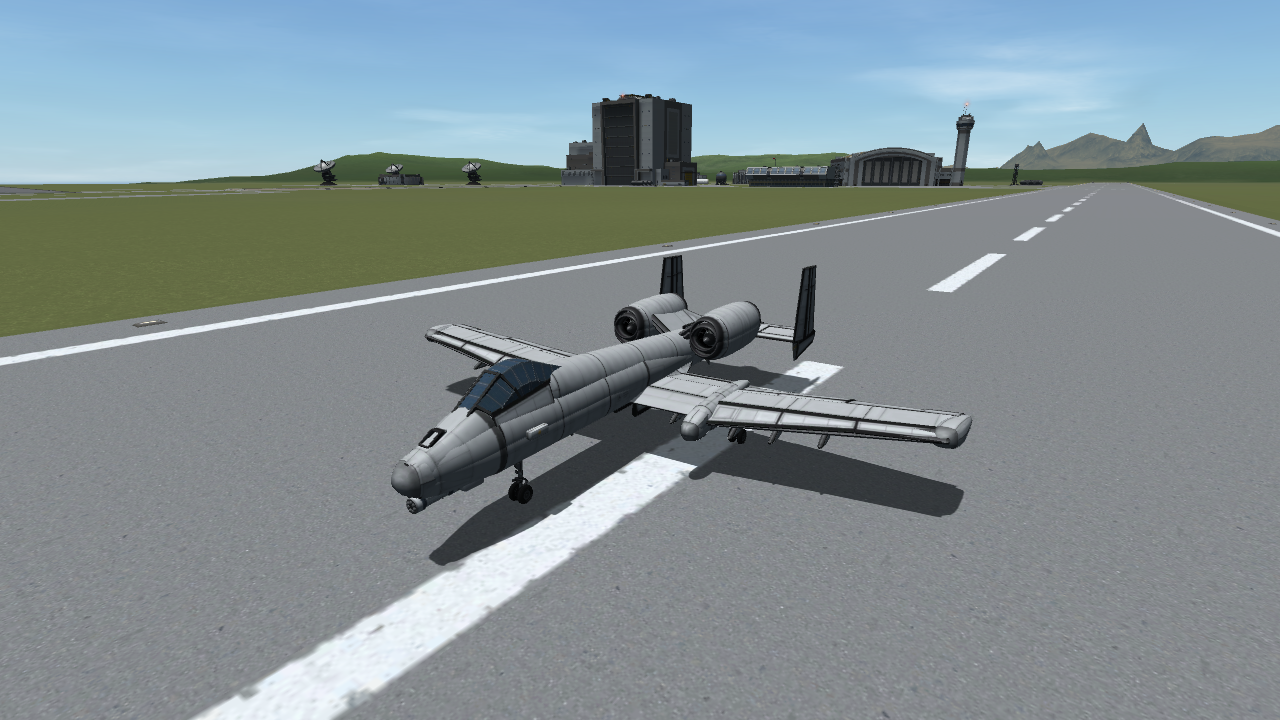 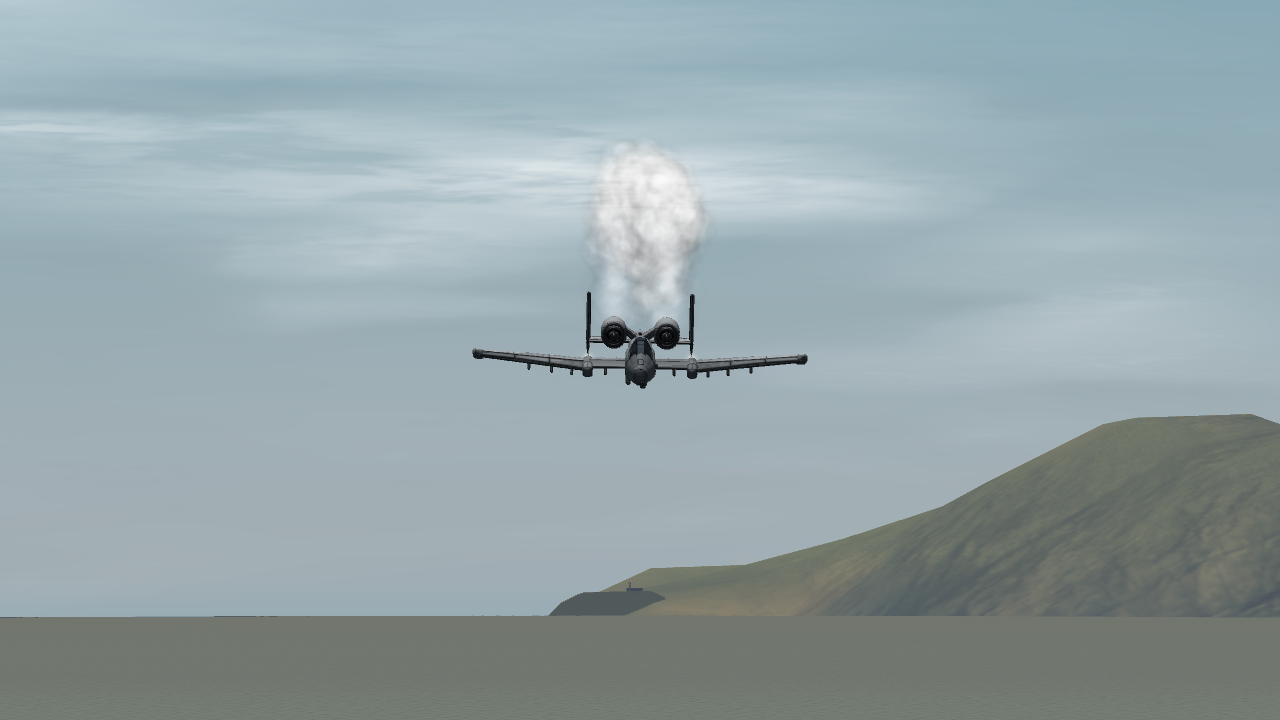 This A-10 is slightly unwieldy, due to its unconventional layout. It flies just fine using SAS, and will cruise nicely at 50% throttle and 120m/s. Takeoff at full throttle and pitch up at 100m/s.