Upload Craft
about
dev_blog
sign up
login
next
previous
back back
2x Juno, maximum payload

Or find other craft;
- made by servo
- that are also pure stock
- that have a similar part count 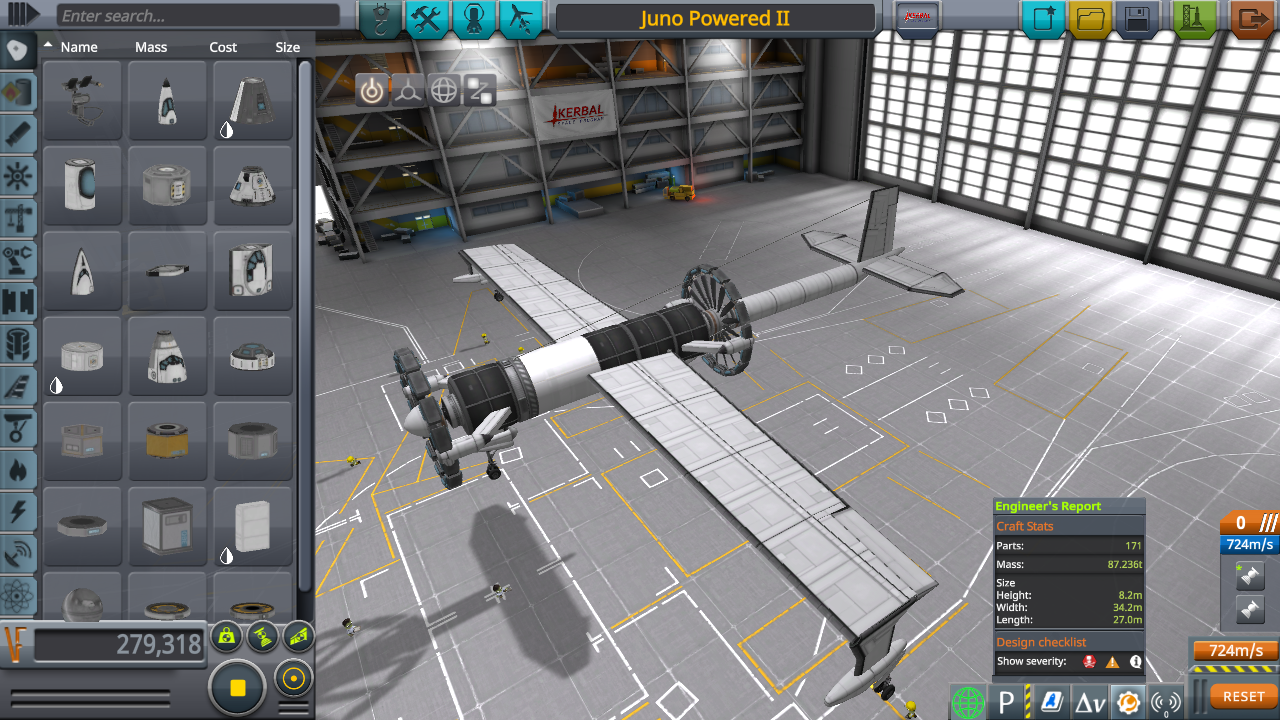 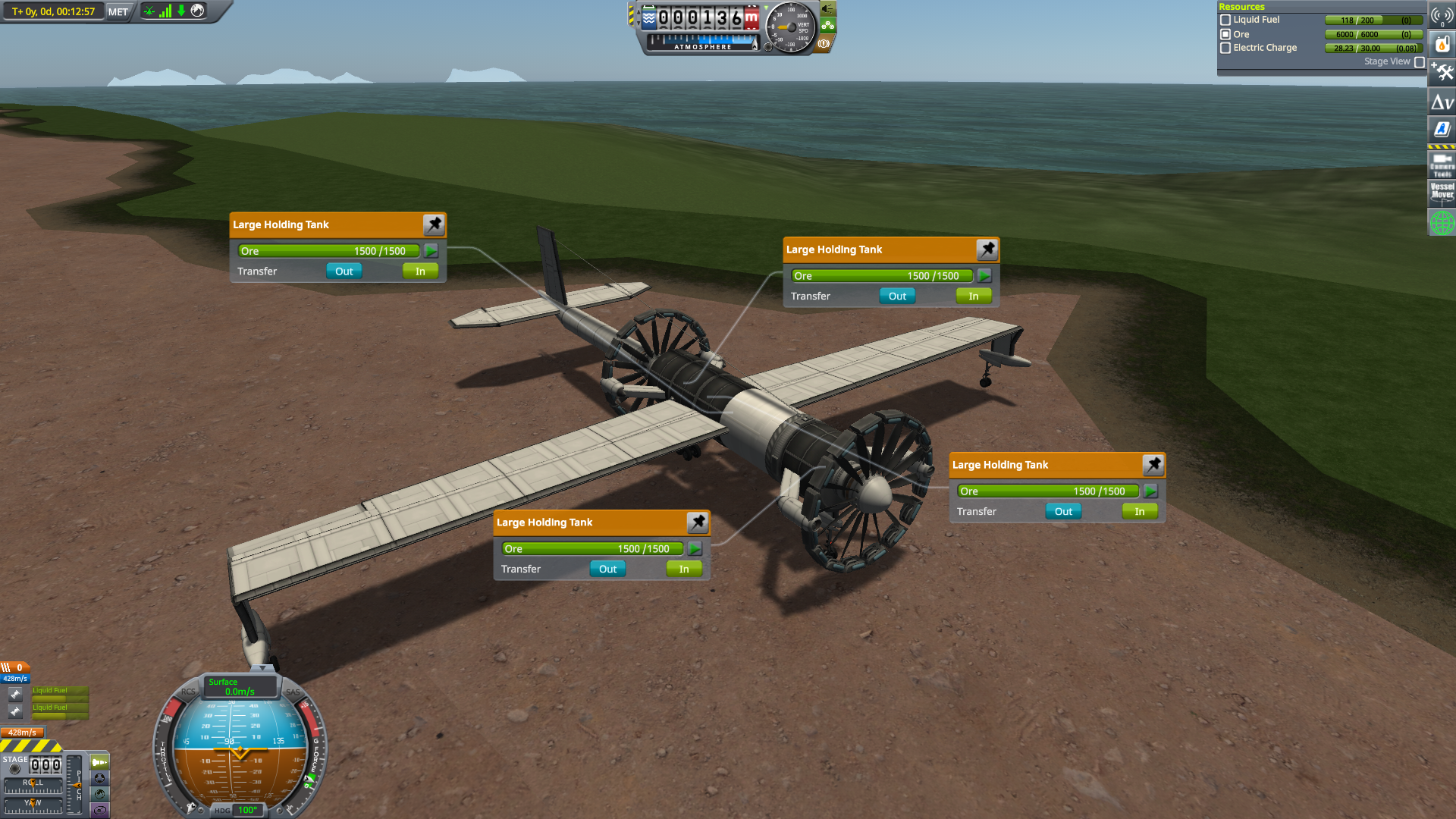 I was inspired by several people working on pure stock turboprop designs, including Kronus_Aerospace, who managed to make a pair of Wheeselys produce the same thrust as a pair of Goliaths. I’m nowhere near as good at stock props, but I figured I could narrow that advantage by using DLC parts, and oh boy does it make up for it.

Each of the two contra-rotating turboprops is powered by a single juno engine, located at the 3 o'clock and 9 o'clock positions on the engine, so that it points down. I don’t think this changes anything, but it looks better. The ring which is acted on by the junos is made of 16 atmo-spectro-variometers. Inside the ring are 16 of the Type S Propellors, which are tuned for max power. I’ve found that it’s best at between 32 and 36 deploy angle. The rotating elements are attached to large rotors, and the engines are placed so that they’re inside the ring. This seems to me like it increases power, but I have no proof of this.

As for the plane itself, it’s purposely kept simple to lower part count and increase payload mass. The only tricky things going on here are the double-layered wings, and some creative use of struts to tie the fuselage together.

The flight over to the island runway takes about twelve minutes while traveling at roughly 200m altitude and in level flight between 52 and 54m/s. It has almost no capability for climbing, so altitude and airspeed must be traded carefully. I’ve had no significant trouble flying it, just that the performance is minimal at best when it’s fully loaded.

Further optimization
This is a highly un-optimized design, which I think makes the performance even more impressive. I have no doubt that someone more experienced builders can improve on this basic concept, so I’m posting it here so that others will see this and go wild.

Four full ore tanks is likely the limit of this basic design, but it’s entirely possible that five, six, or even more are possible.