Or find other craft;
- made by qzgy
- that are also pure stock
- that have a similar part count 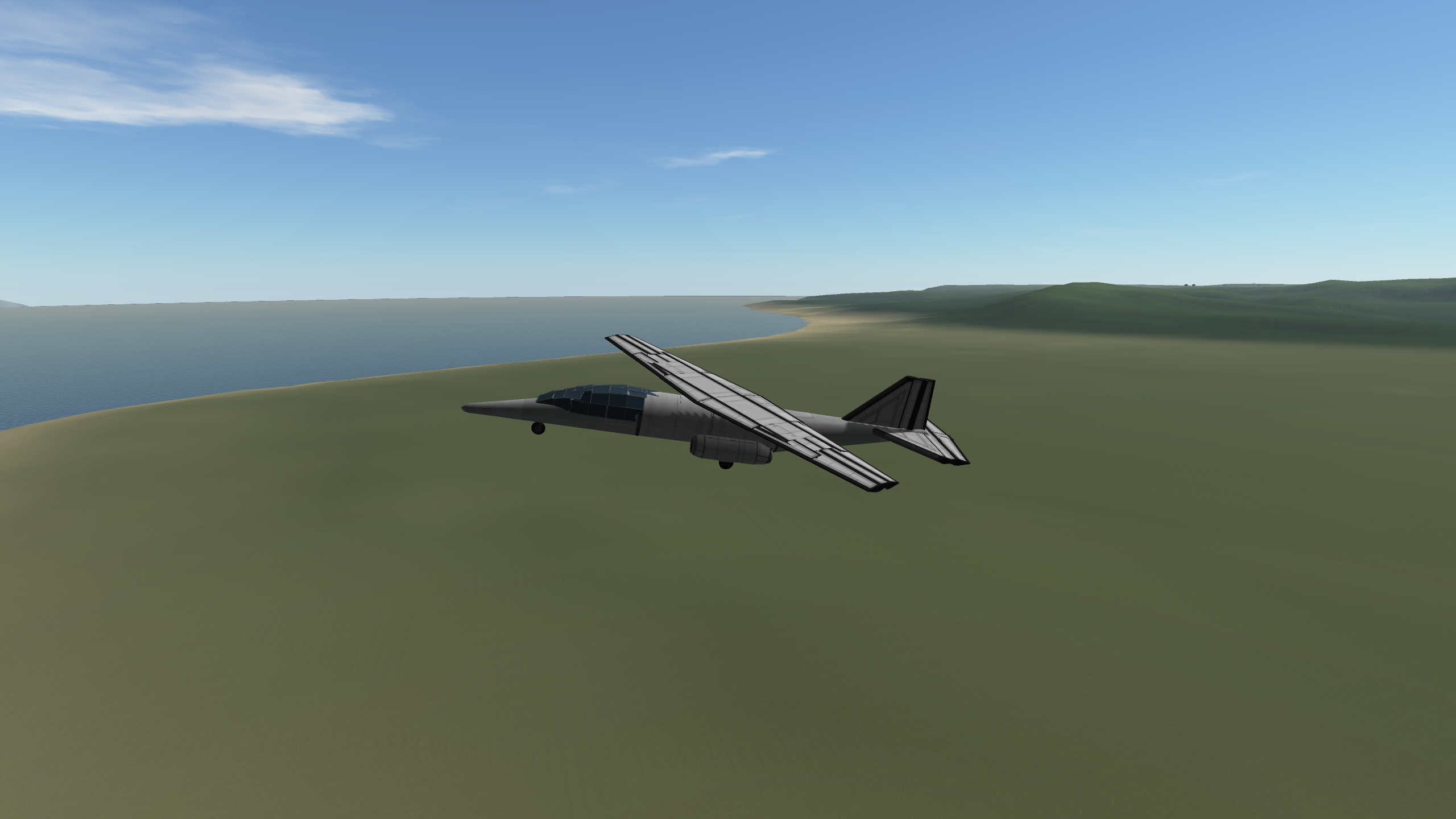 The AD-1 was a test program run by NASA to test the merits and effectiveness of an oblique wing design. This means the relative to the body, the wing is at a tilted angle and could, in theory, move back and forth. Robert Jones, an engineer promoted the concept for use on a transport aircraft. Wind tunnel tests showed that compared to a normal aircraft, an oblique design could have much better efficiency. The concept, while not new, being proposed in 1942, was tested on the AD-1. It was designed as a cheap testbed, built by Ames Industrial Co. according to NASA specifications from both Boeing and the Rutan aircraft company. The low cost however, limited what the aircraft could actually accomplish and the complexity of it. Powered by 2 small turbojet engines, it could achieve a maximum speed of 200 mph, though was usually limited to 170 mph. The wheels, which were fixed, were located close to the fuselage to decrease drag. The actual mechanism for the wing was electrically driven through a gear system to change angle, with a sweep up to 60 degrees.
Testing was done incrementally, as is always safe to do. While flights were done in 1979, the first flight to do a full wing sweep was in mid-1981. Testing continued until 1982, before the program was shut down. Jones considered after the flight research that an oblique wing would stll be a viable lifting option for a transport.While working, this airframe had kinda nasty handling at pitches above 45 degrees. It did complete the technical objectives, but did not fully verify the concept on a more suited airframe and at higher transonic speeds. After retirement, it was put on display at the Hiller Aviation Museum in California.

This replica mimics the same concept. After staging, switch to the wing to change the angle using the ‘Q’ and ‘E’ keys. Like the real thing, it will only swing in one direction, with the right side going forward. Its also limited to roughly 60 degrees of travel 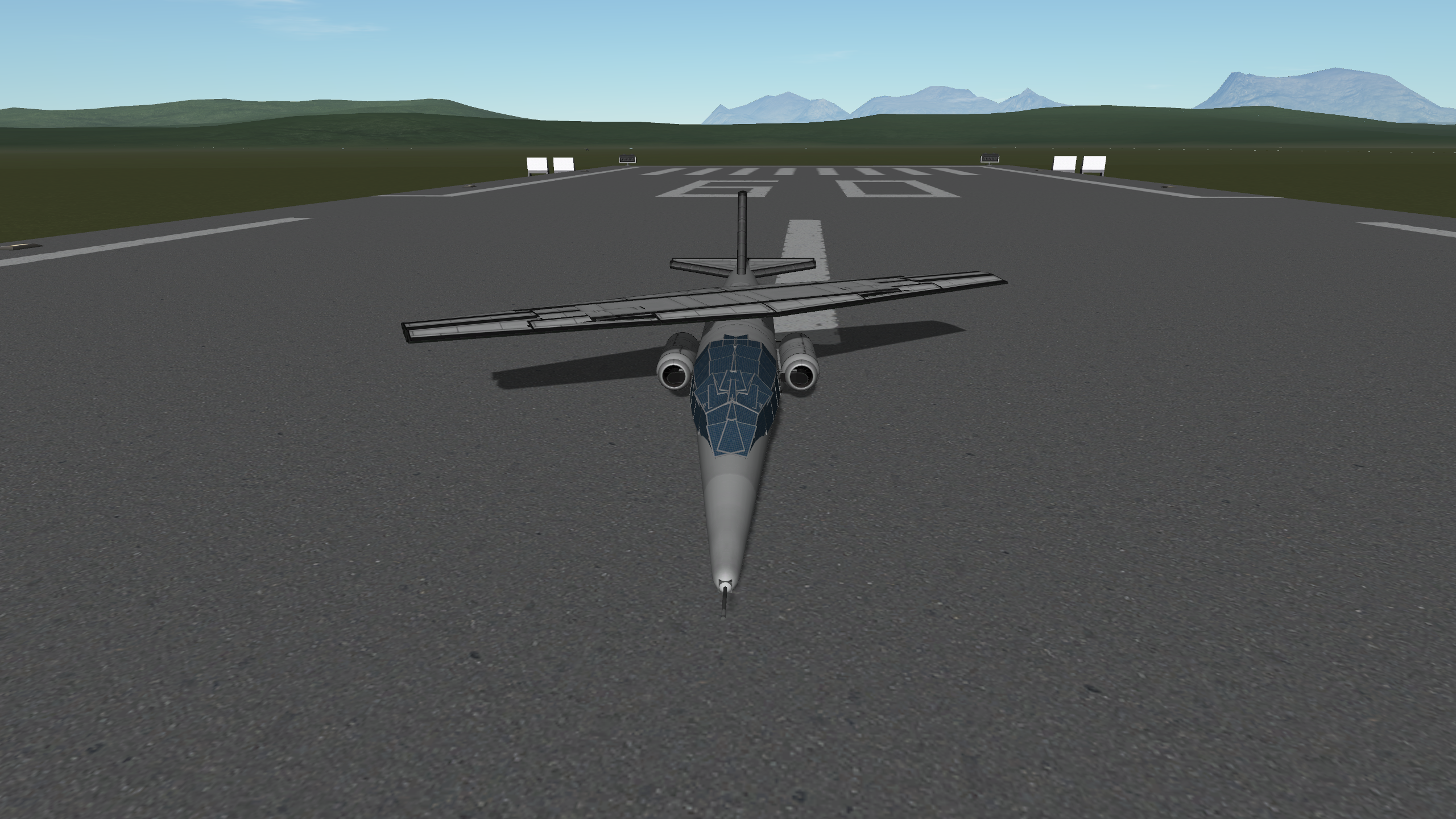