try not to crash it
Note: this was made in KSP v1.9.1 - It may not function as intended in KSP 1.12.3
download ckan meta-file
This craft has been added to your downloads queue. Use the KX Mod to fetch it when you are next in KSP. Enable deferred downloads to make this the default way to download.
Download craft with the KerbalX Mod
how to install
re-download

Or find other craft;
- made by professorjaytee
- that use the same mods | that are compatable | with similar mods
- that have a similar part count 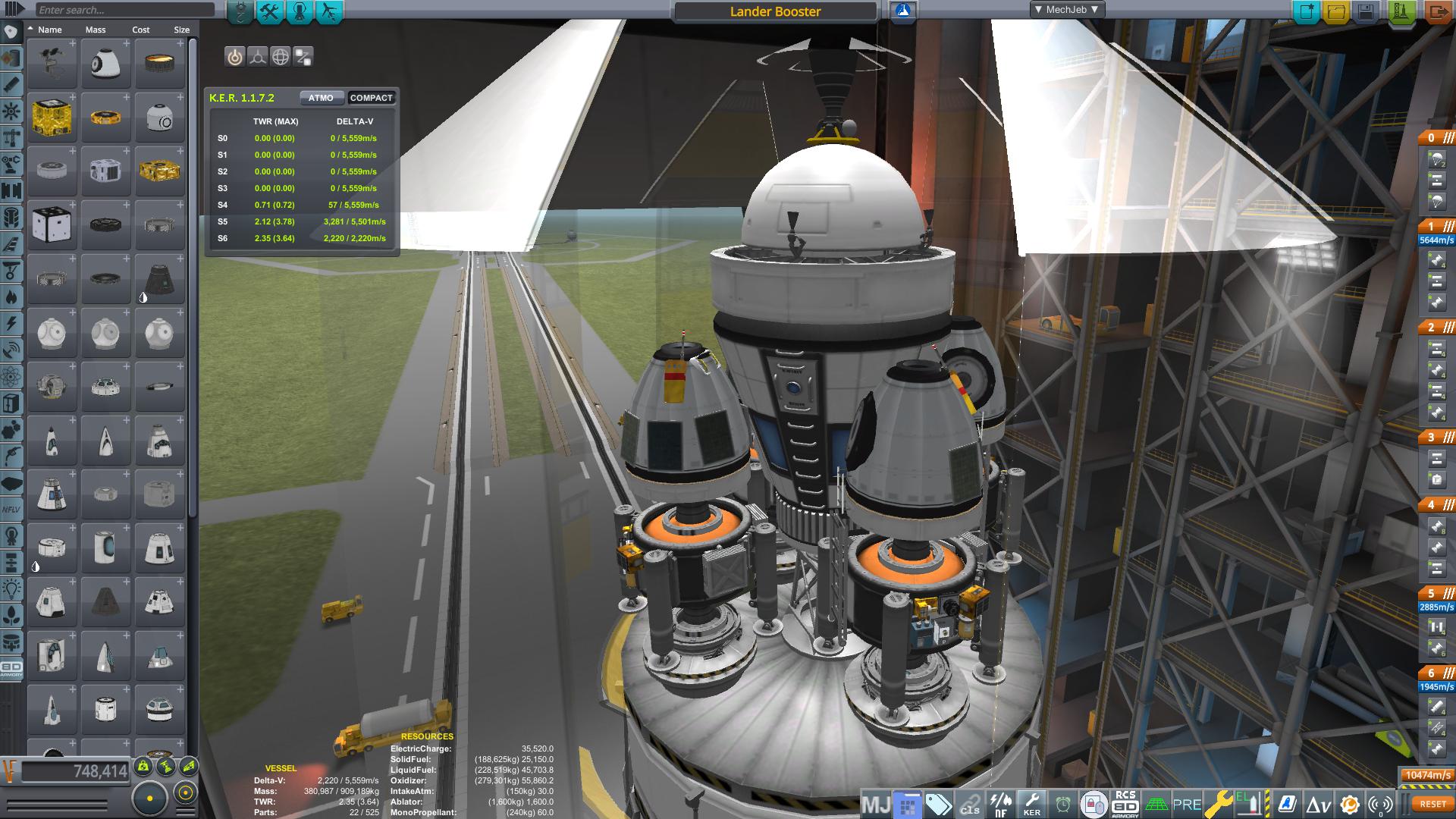 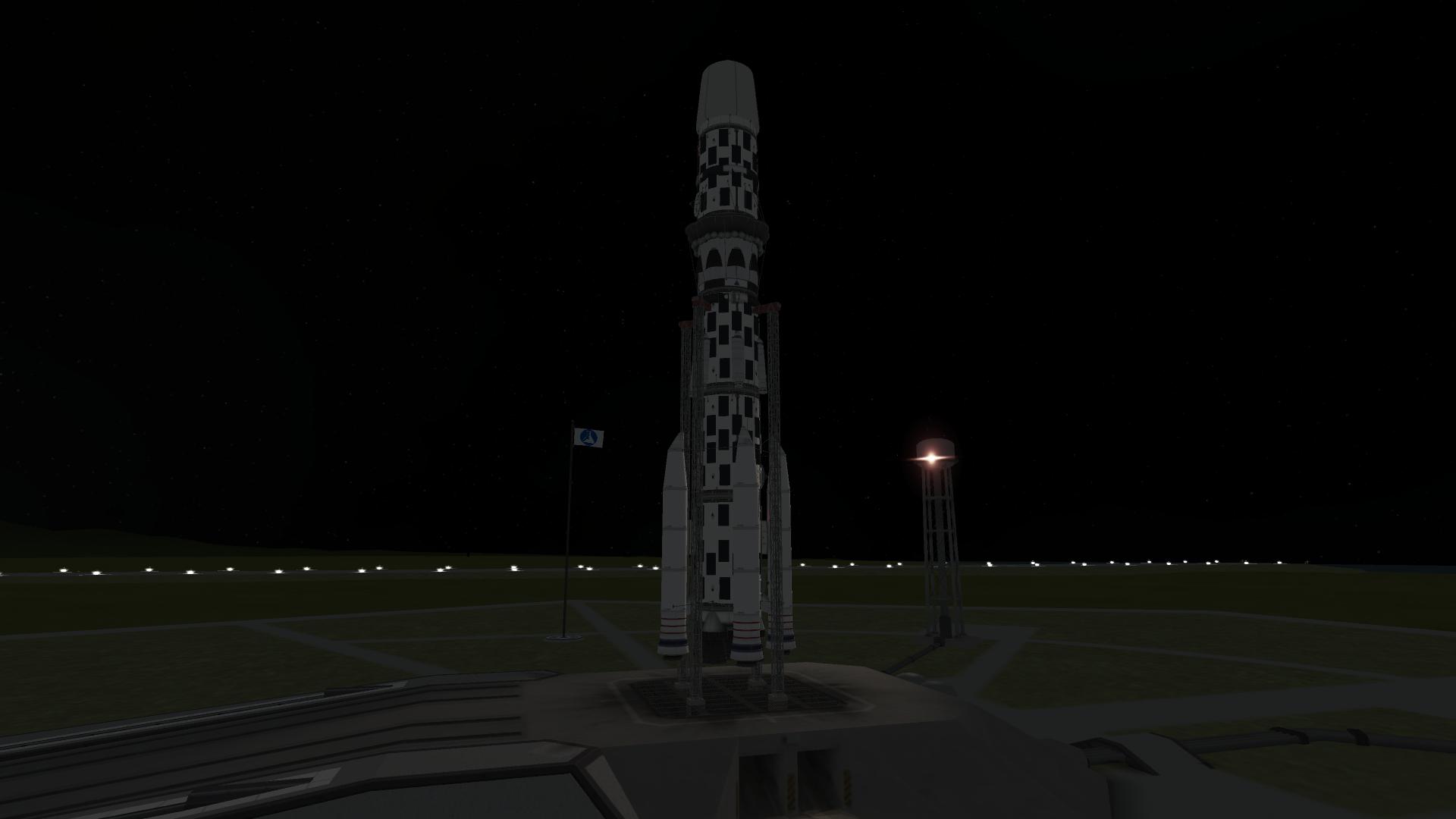 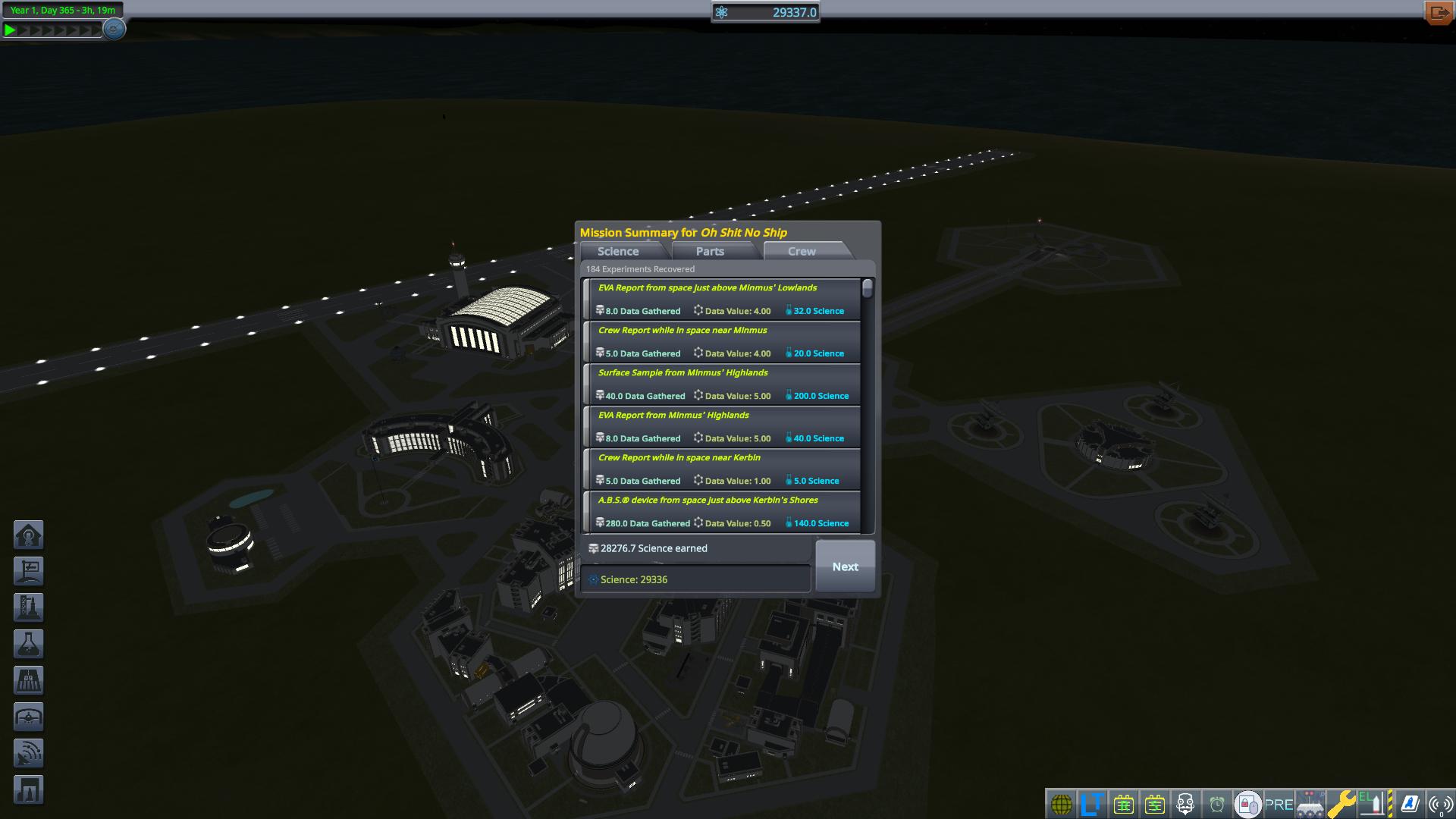 Four complete one-Kerbal landers and a 4-Kerbal command pod for return, all nestled snugly atop an overpowered booster. Tons of delta-V on each stage.

Warning: a little hincky on entering orbit, since the extra solid rocket boosters I added (probably unnecessarily) are still going. After that it’s fine.

Staging is NOT perfectly set after the main boost! I like to select and activate individual parts myself when I’m doing detail work such as dropping and returning landers. I also activate and deactivate engines as necessary to reduce goofs. Action groups NOT set at all.

These 4 landers just helped me SMASH my one-mission science return record, with a single trip to Minmus, four drops and returns to orbit, return by command pod, and a safe landing at Kerbin for all four scientist Kerbonauts…
…over 28,000 points came home!

A mod rocket called 4 Landers on Booster. Built with 525 of the finest parts, its root part is EnginePlate4.