try not to crash it
Note: this was made in KSP v1.3.1 - It may not function as intended in KSP 1.11.2
This craft has been added to your downloads queue. Use the KX Mod to fetch it when you are next in KSP. Enable deferred downloads to make this the default way to download.
Download craft with the KerbalX Mod
how to install
re-download

Or find other craft;
- made by no_intelligence
- that are also pure stock
- that have a similar part count
Hangars that contain this craft
Special Mission Projects (S.M.P) Starbace147 | vab 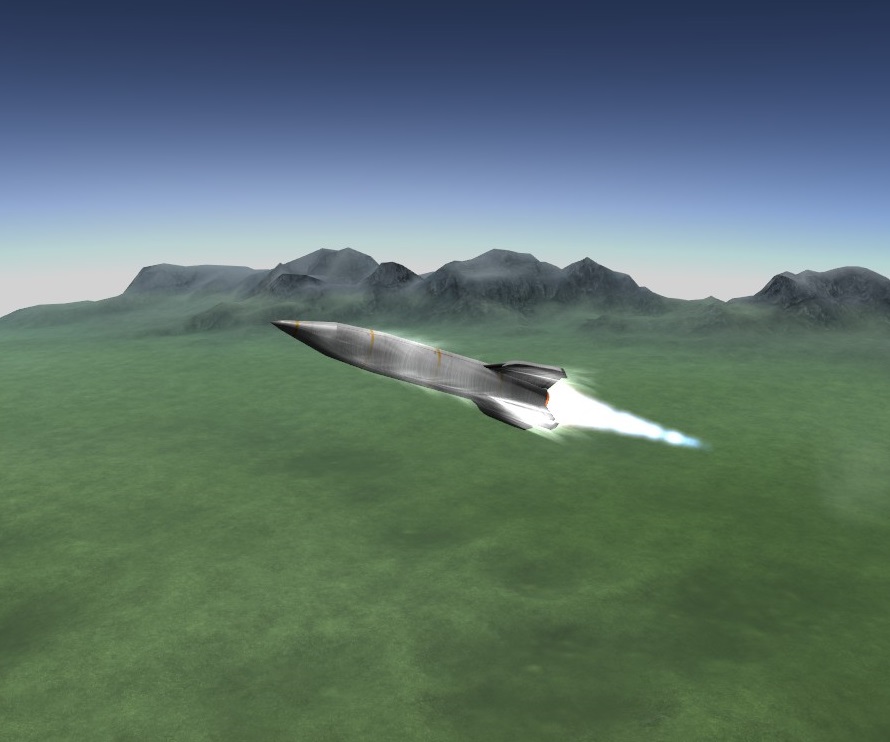 A stock rocket called Aggregat 4 / Vengeance 2 / V2. Built with 54 of the finest parts, its root part is probeCoreSphere.

Replica of the Nazi-German Rocket V2 (Vengeance 2), also known as Aggregat 4. It was worlds first rocket missile, equipped with explosives at its top. Unlike the original mine comes without those. Apart from that it is extremely close the original, also featuring small RCS boosters which work as the Thrust vector engines of the real one.

The V2 was also the first human-build object, capable of reaching space. My version actually seems to have enough thrust to do a long ballistic flight or even archieve very low Kerbin orbit.

(Later on I will try to find out which part comes from Airplane Plus and replace that to make it pure stock…)
Fixed. it is pure STock now! 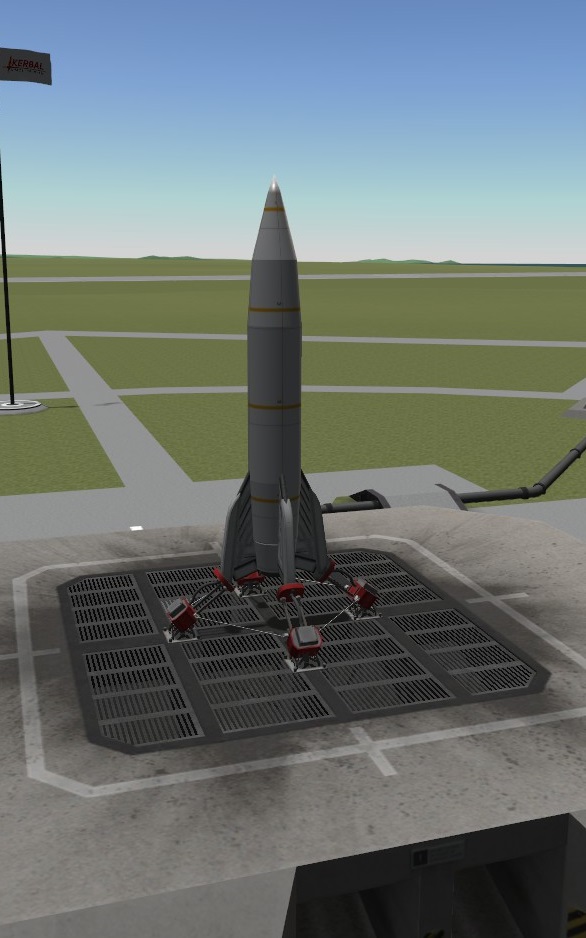 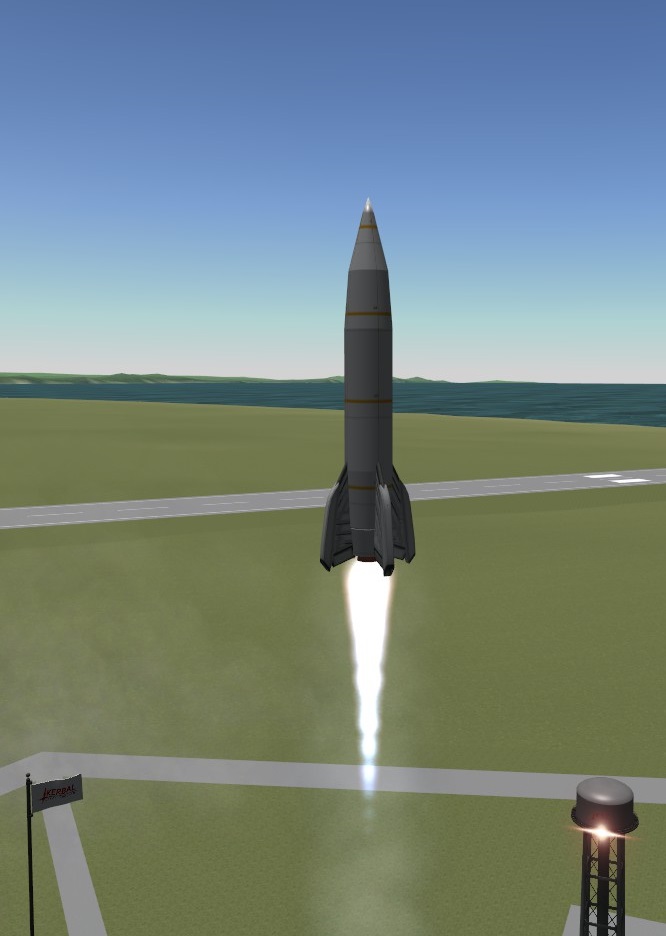 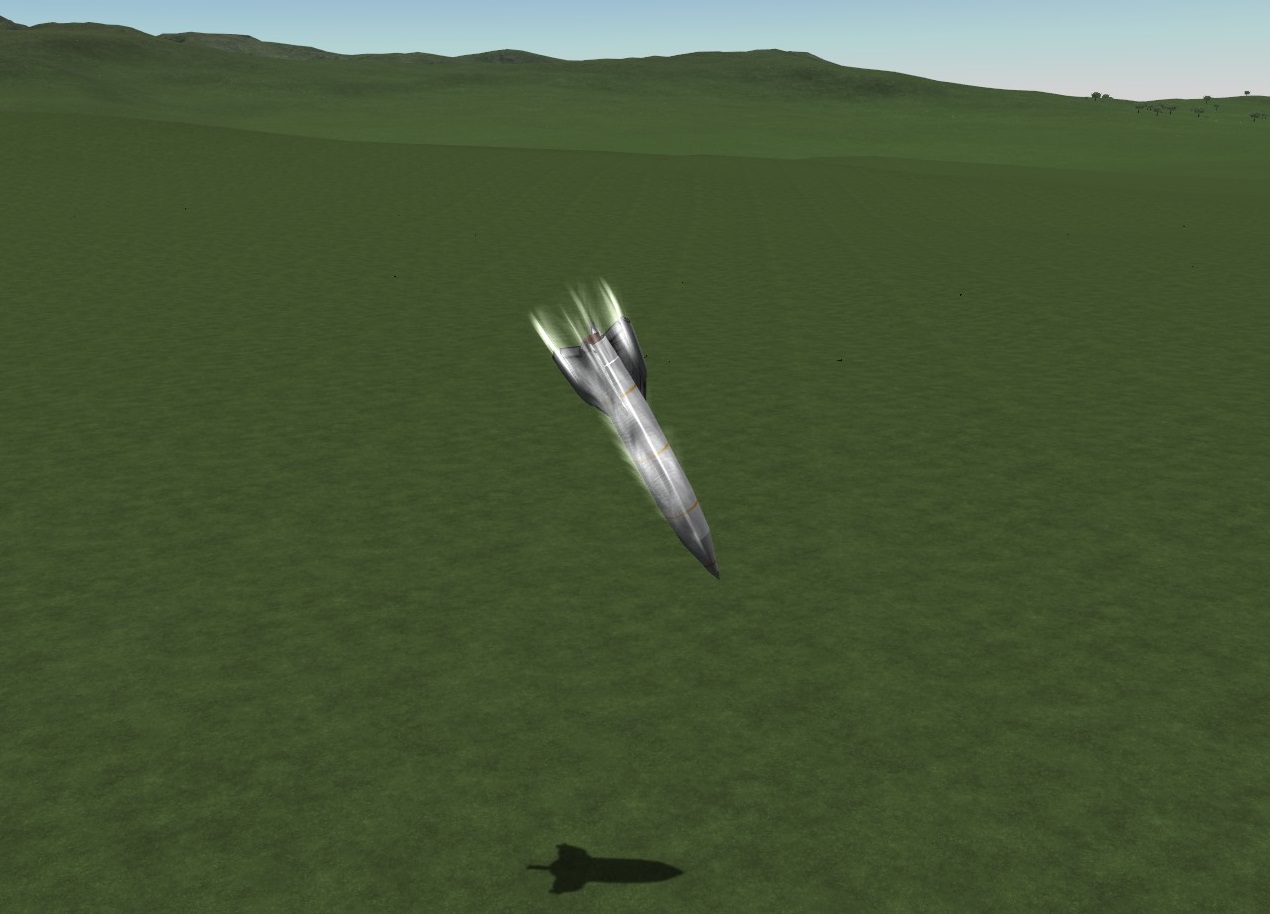