try not to crash it
Note: this was made in KSP v1.2.2 - It may not function as intended in KSP 1.11.2
download ckan meta-file
This craft has been added to your downloads queue. Use the KX Mod to fetch it when you are next in KSP. Enable deferred downloads to make this the default way to download.
Download craft with the KerbalX Mod
how to install
re-download 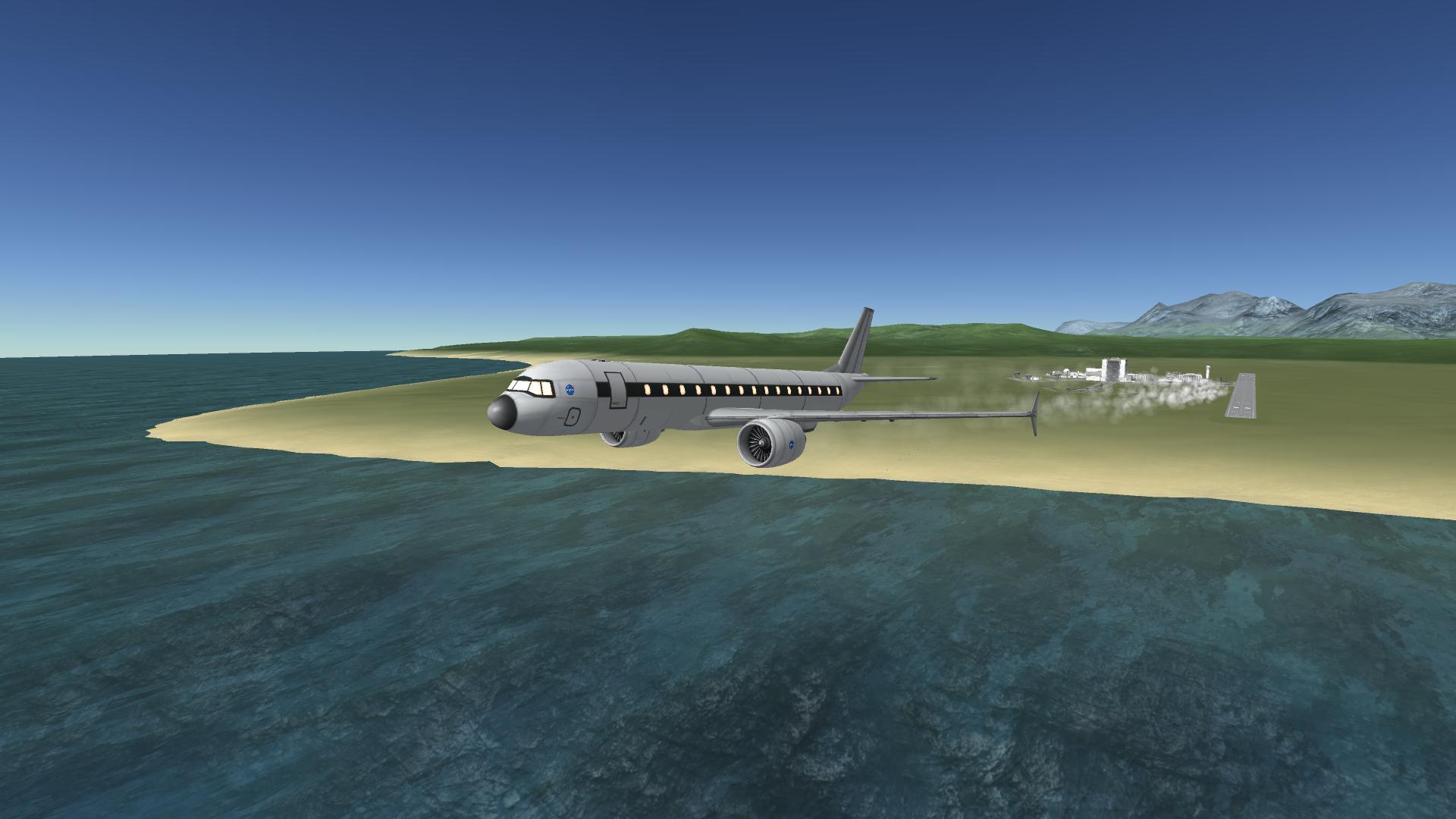 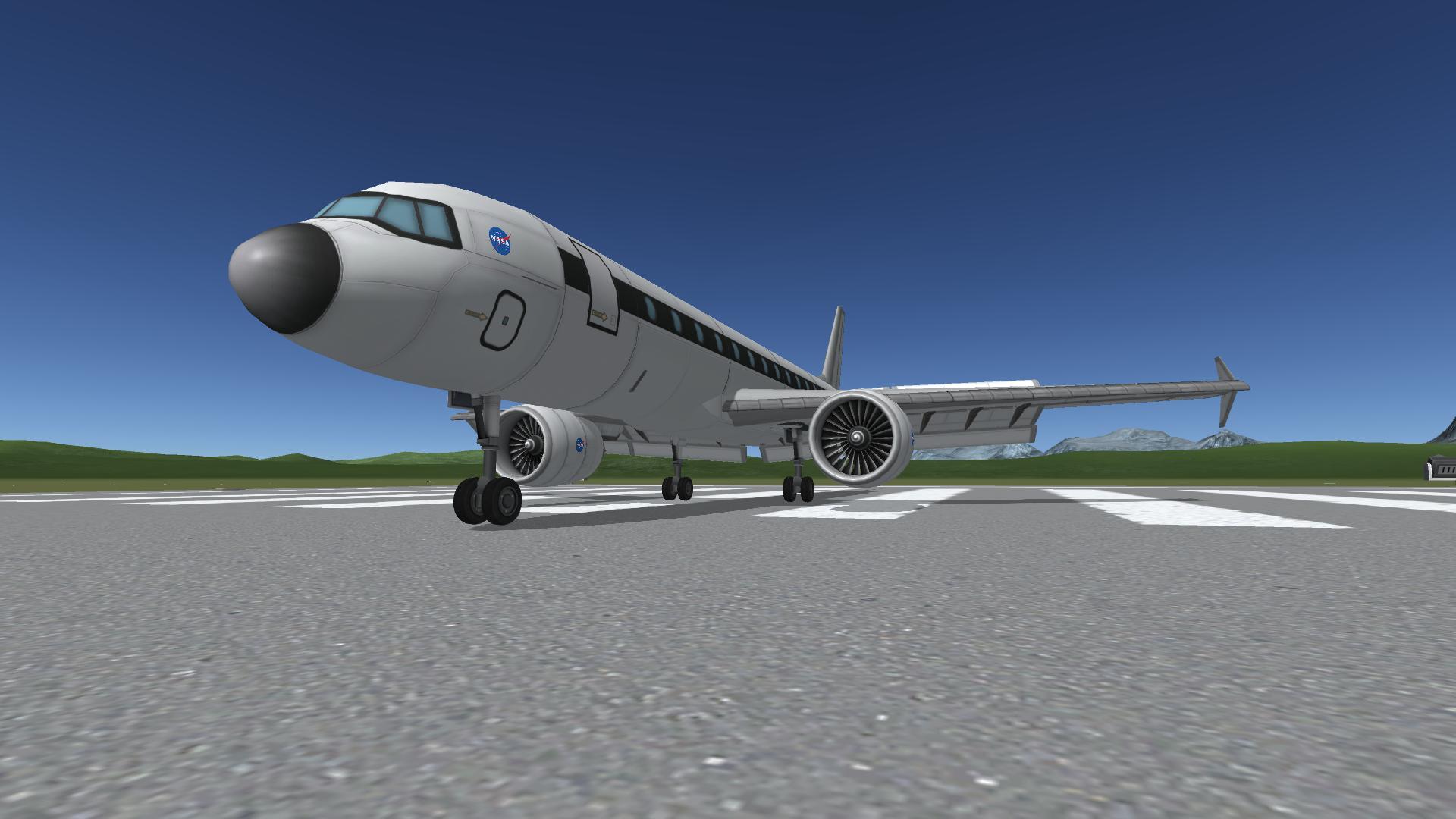 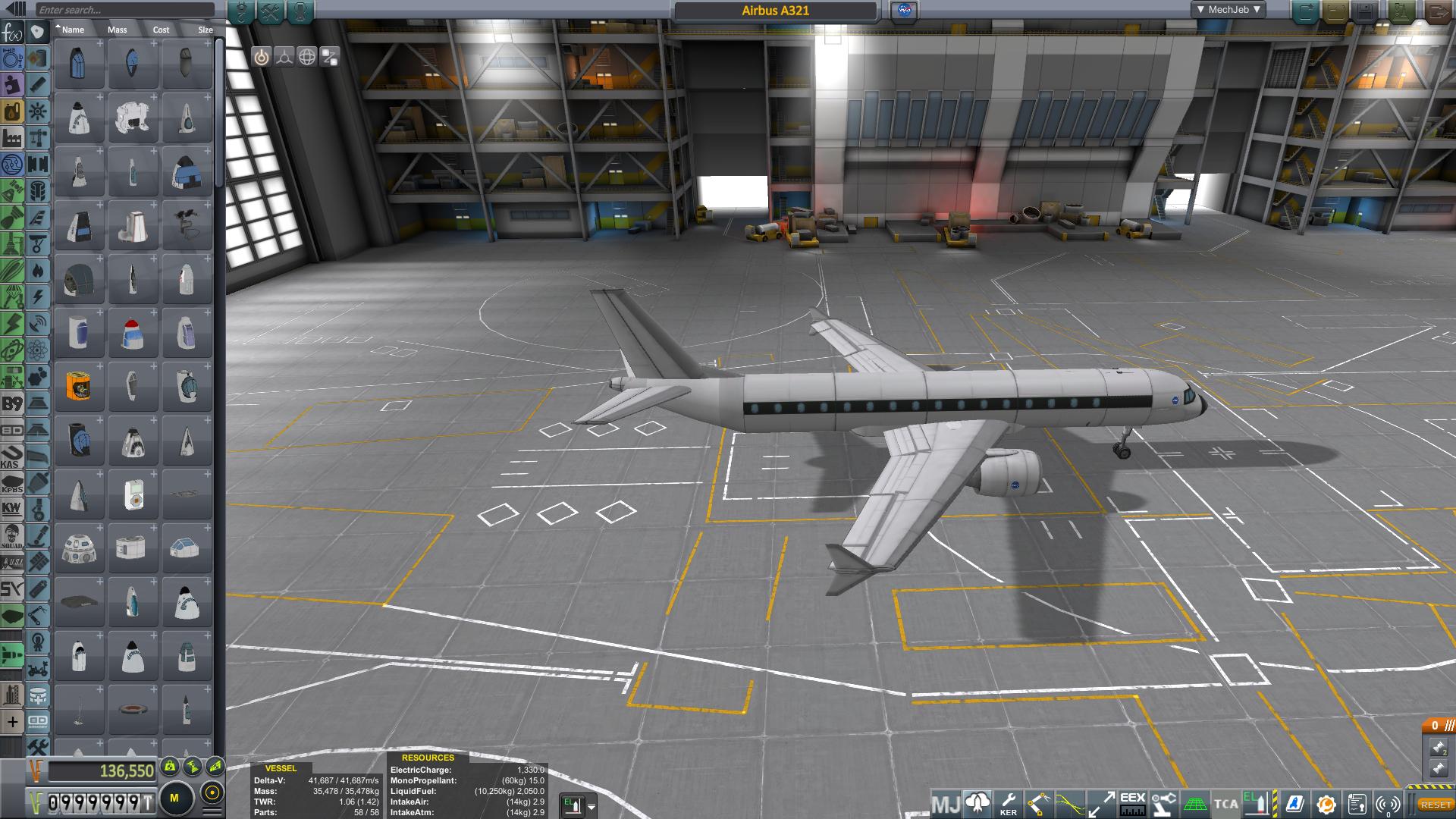 The Airbus A321 is a member of the Airbus A320 family of short- to medium-range, narrow-body, commercial passenger twin-engine jet airliners manufactured by Airbus. It was the first derivative of the baseline Airbus A320 aircraft, and carries up to 236 passengers with a maximum range of 3,200 nmi (5,900 km; 3,700 mi). Final assembly of the aircraft takes place in Hamburg, Germany or Mobile, Alabama in the US.

The A321 is a stretched-fuselage variant of the Airbus A320 and entered service in 1994 with Lufthansa, around six years after the original A320. The aircraft shares a common type rating with all other Airbus A320 family variants, allowing existing A320 family pilots to fly the aircraft without the need for further training.

In December 2010, Airbus announced a new generation of the A320 family, the A320neo (new engine option). The similarly lengthened fuselage A321neo variant offers new, more efficient engines, combined with airframe improvements and the addition of winglets, named Sharklets by Airbus. The aircraft will deliver fuel savings of up to 15%. The A321neo has total orders for 1,388 aircraft as of 31 January 2017.

A mod aircraft called Airbus A321. Built with 58 of the finest parts, its root part is airbuscockpit.