try not to crash it
Note: this was made in KSP v1.0.4 - It may not function as intended in KSP 1.12.3
download ckan meta-file
This craft has been added to your downloads queue. Use the KX Mod to fetch it when you are next in KSP. Enable deferred downloads to make this the default way to download.
Download craft with the KerbalX Mod
how to install
re-download

Or find other craft;
- made by linuxgurugamer
- that use the same mods | that are compatable | with similar mods
- that have a similar part count 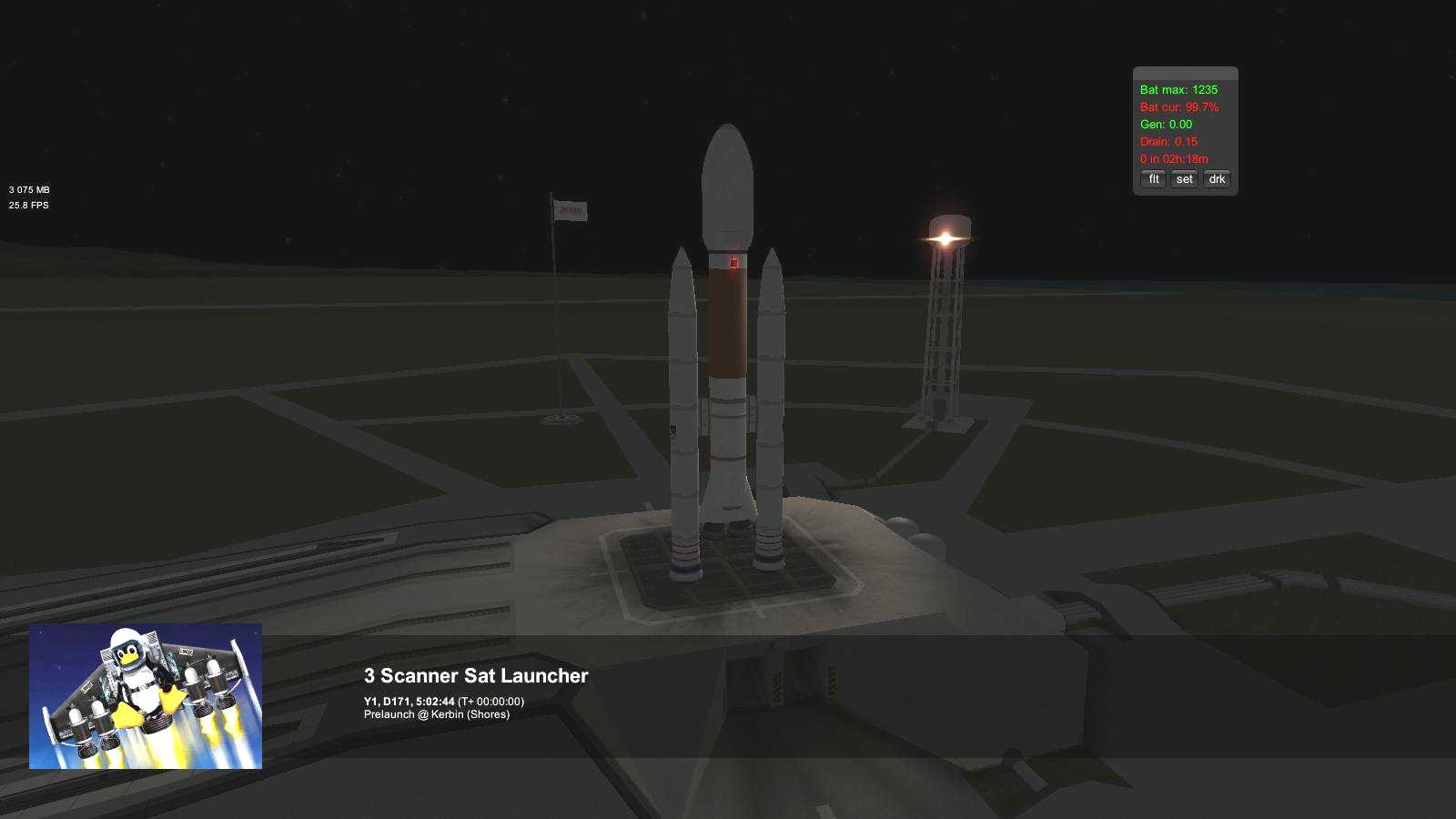 A mod rocket called 3 Scanner Sat Launcher. Built with 61 of the finest parts, its root part is NP.sas.25m.

Launches 3 satellites, each with a different scanner. Used to put satellites into polar orbit around Kerbal, Minmus and Mun. Satellites are built around the 2 Oscar tanks and Spider engine, giving them enough Dv to get into the correct orbit.

Main booster has a Mechjeb unit so it can be deorbited

Has lots of Dv left when getting into Mun or Minmus orbit, so this could be used as a basis of a craft to send the same probes to another planet. I think it even has enough Dv to get to Duna

In addition, each satellite has more than 1800 Dv by itself, so the satellites can get into the proper orbits themselves, once close by

You should decouple each satellite one at a time for safety. Once decoupled, you will need to manually activate each of the two spider engines on it

If you are running ScanSat, you will need to add an antenna to the main booster if you want to deorbit it. Extra batteries on the main booster wouldn’t hurt either, and a couple of solar panels as well.