try not to crash it
Note: this was made in KSP v1.3.0 - It may not function as intended in KSP 1.8.1
This craft has been added to your downloads queue. Use the KX Mod to fetch it when you are next in KSP. Enable deferred downloads to make this the default way to download.
Download craft with the KerbalX Mod
how to install
re-download

Not sure how to install a Subassembly?

Here's how
First open the directory where KSP is installed

Then put the .craft file you've downloaded into the Subassemblies sub folder inside the folder for one of your saves; <ksp_dir>/saves/<your_save_dir>/subassemblies

Or find other craft;
- made by kittenshark134
- that are also pure stock
- that have a similar part count
Hangars that contain this craft
Stock Weapons and stuff 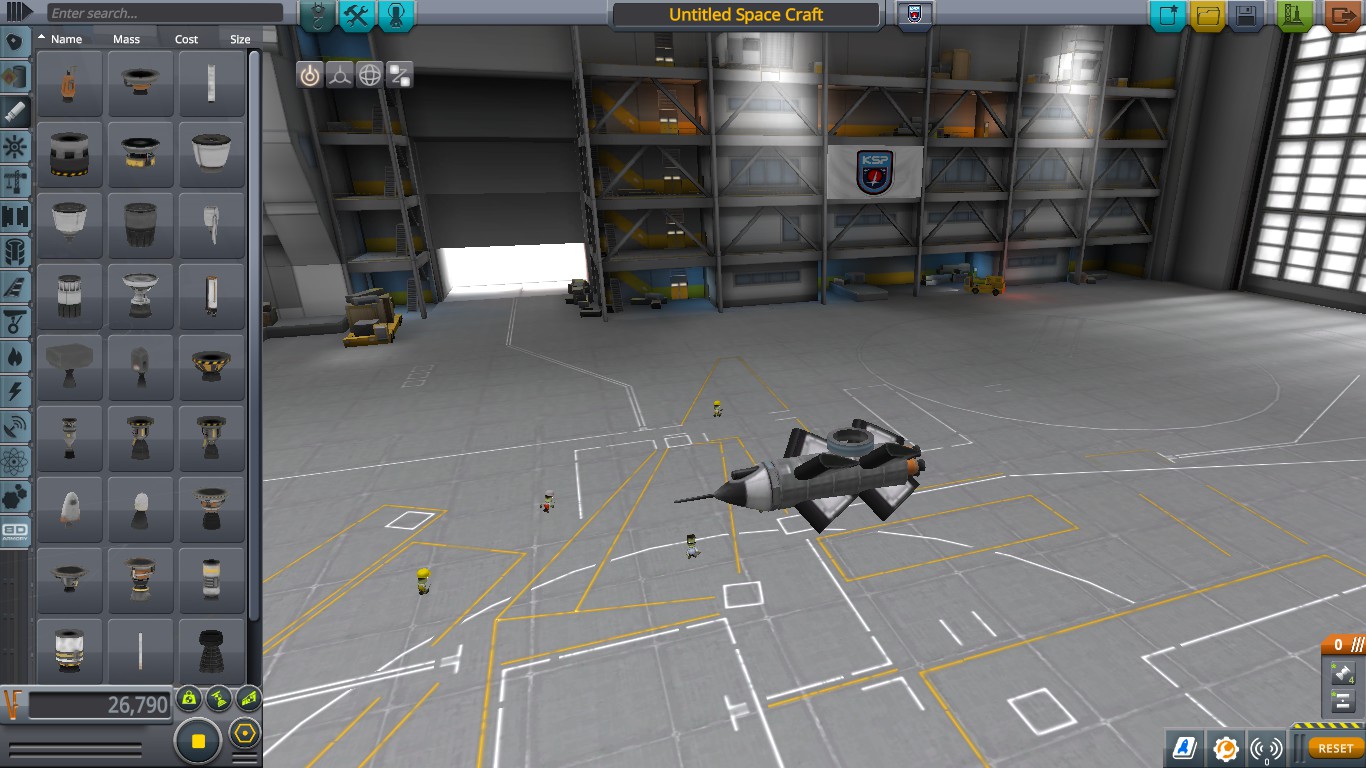 A stock subassembly called Bloodhound 3. Built with 59 of the finest parts, its root part is stackSeparatorMini.

A stock missile capable of hitting targets using only SAS target lock. This is achieved using highly advanced, classified government technology (part clipping.) Each fin has three more clipped inside of it, which allows it to shrug off the force of gravity which usually makes SAS target lock ineffective for missiles. As a result of this technique, it is heavy, has high drag, and has an absurd part count for a missile. It’s not really fast enough to catch a fighter, so air-to-air use is restricted to close-range, slow targets. It has a longer range in the air-to-ground role, as it can glide to save fuel.

Firing Procedure:
1. BEFORE staging the missile, select the probe core and do a control from here.
2. Stage the missile. As a result of step #1, the camera follows the missile and you are saved the trouble of switching crafts.
3. Engage SAS, and lock on to your target.
4. Adjust throttle as needed to conserve fuel.
5. Enjoy the fireworks.

Although they are heavy and draggy, I’ve built attackers that can carry six Bloodhounds under the wings. You could fit more in a bomb bay, I guess.