try not to crash it
Note: this was made in KSP v1.11.0 - It may not function as intended in KSP 1.11.2
download ckan meta-file
This craft has been added to your downloads queue. Use the KX Mod to fetch it when you are next in KSP. Enable deferred downloads to make this the default way to download.
Download craft with the KerbalX Mod
how to install
re-download

Or find other craft;
- made by gc1ceo
- that use the same mods | that are compatable | with similar mods
- that have a similar part count
Hangars that contain this craft
Bluedog / Tantares 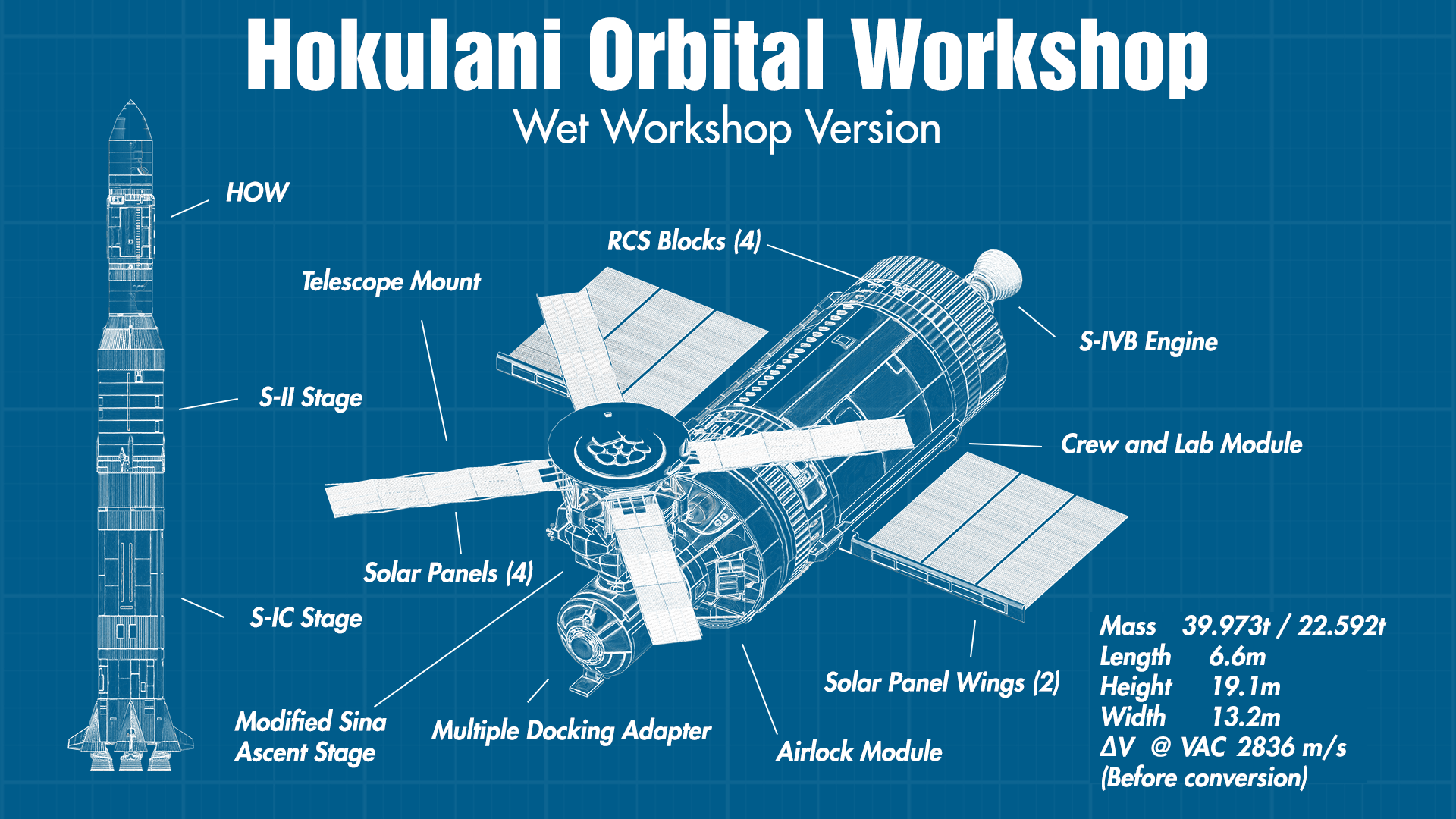 One of the key differences with the Hokulani Wet Workshop is that it’s not launched with its telescope mount – unlike the real life Skylab or the Hokulani Orbital Workshop – but bought it with its first crew on-board a Sarnus V (Saturn V) as its lower payload. It sits in the same position that would otherwise be occupied by the Sina lander on a mission to the Mun.

Otherwise the Sarnus V and Kane CSM are unchanged except for a heavy reduction in fuel, similar to Apollo 9, since it’s only an orbital mission with an additional payload. The docking of the CSM with its payload is handled the same way that it would be with the Sina lander although its in a parking orbit so effects from the decoupling should be minimum.

The CSM and telescope mount should be decoupled around 50 meters from the station and each will have to make a separate docking to the station. The CSM will dock normally at the forward docking port while the telescope mount will dock with the modified zenith docking port. You should shutdown all the Sina’s functions once the docking is made as the lander cockpit won’t be actively used during most normal station operations.