try not to crash it
Note: this was made in KSP v1.6.0 - It may not function as intended in KSP 1.10.1
download ckan meta-file
This craft has been added to your downloads queue. Use the KX Mod to fetch it when you are next in KSP. Enable deferred downloads to make this the default way to download.
Download craft with the KerbalX Mod
how to install
re-download

Or find other craft;
- made by gc1ceo
- that use the same mods | that are compatable | with similar mods
- that have a similar part count
Hangars that contain this craft
GC1CEO's Zodiac Series 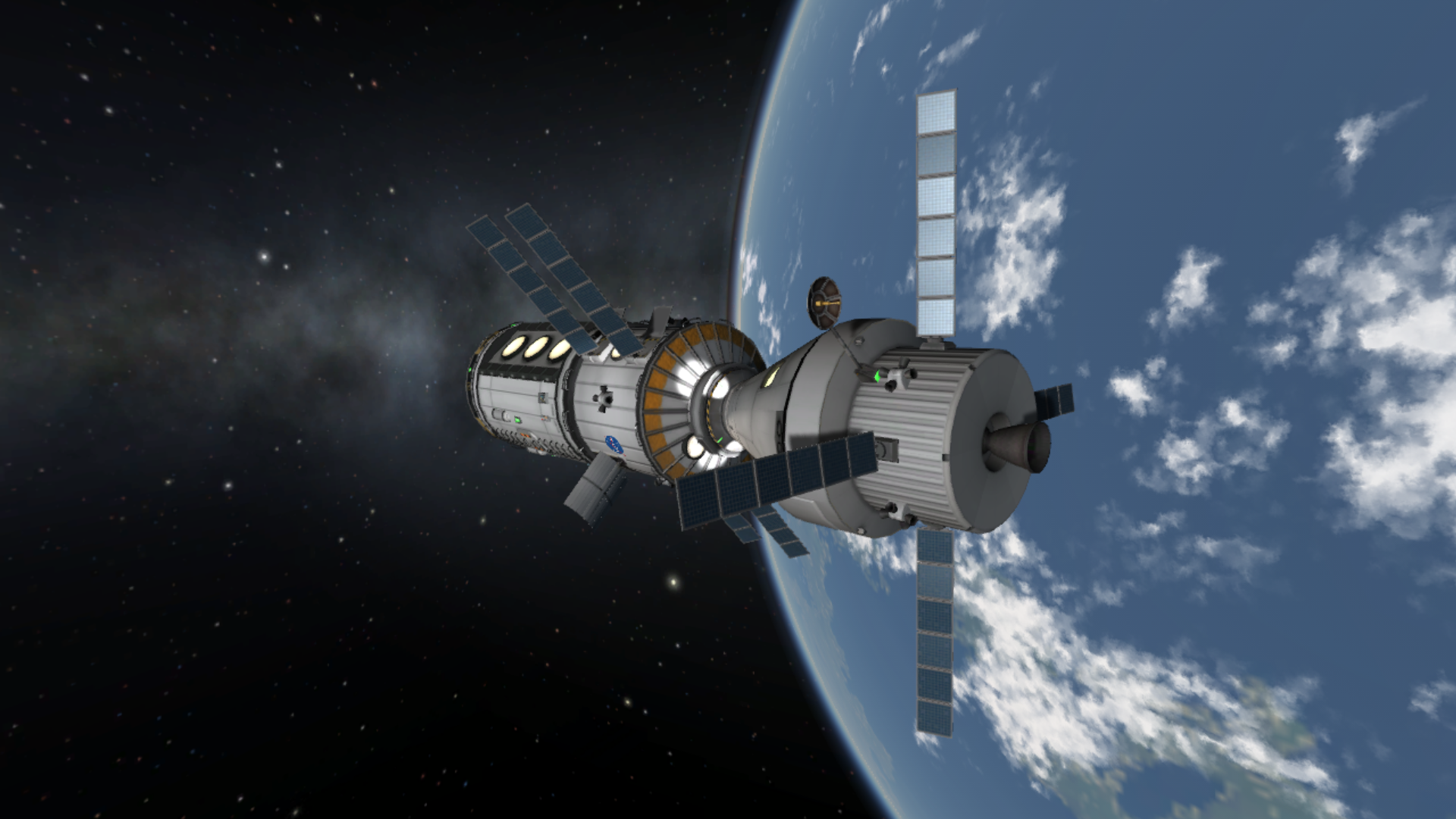 This is the first in a series of space stations designated Capricorn which are meant to compliment my other SDHI-derived builds such as the Pisces spacecraft and the Aquarius lander. It’s meant to share some similarities with early real-life space stations such as Salyut 1 and Skylab and as such is relatively small and not modular.

Capricorn 1 has both a habitat which can house up to four Kerbonauts, although it’s meant to house a complete Pisces crew of three, along with a laboratory which can house an additional two if necessary. The typical station compliment is meant to be a single Pisces crew although it can temporarily house a second crew – allowing it to be used as a temporary shelter in the case of an emergency.

The station’s launch vehicle has been given enough fuel to allow it to put the station pretty much anywhere in the vicinity of Kerbin including orbital missions to both the Mun and Minmus or even for HKO (High Kerbin Orbit) placements. There are a couple of ways the station can be utilized although it has a number of limitations including no on-board engine, limited monopropellent, and no other on-board fuels.

The launch vehicle uses a booster stage, lower stage, and upper stage and is a somewhat longer and horizontal ascent. The boosters and lower stage are fired together with the boosters decoupled upon exhaustion, most likely in the mid-atmosphere. The rest of the lower stage should put you into the upper atmosphere after which the upper stage will complete the ascent, orbit, and other burns as needed. The ascent has a lower TWR (thrust-to-weight ratio) at times so it’s crucial to stage immediately after exhaustion to get through the atmosphere as efficiently as possible.