try not to crash it
Note: this was made in KSP v1.11.0 - It may not function as intended in KSP 1.12.5
download ckan meta-file
This craft has been added to your downloads queue. Use the KX Mod to fetch it when you are next in KSP. Enable deferred downloads to make this the default way to download.
Download craft with the KerbalX Mod
how to install
re-download

You'll need to download these ones manually; tantaressp https://spacedock.info/mod/2498/TantaresSP
Login or sign up so KerbalX can remember the craft you've downloaded and so you can;
Upvote it
,
Favourite it
or
add it to a Hangar

Or find other craft;
- made by gc1ceo
- that use the same mods | that are compatable | with similar mods
- that have a similar part count 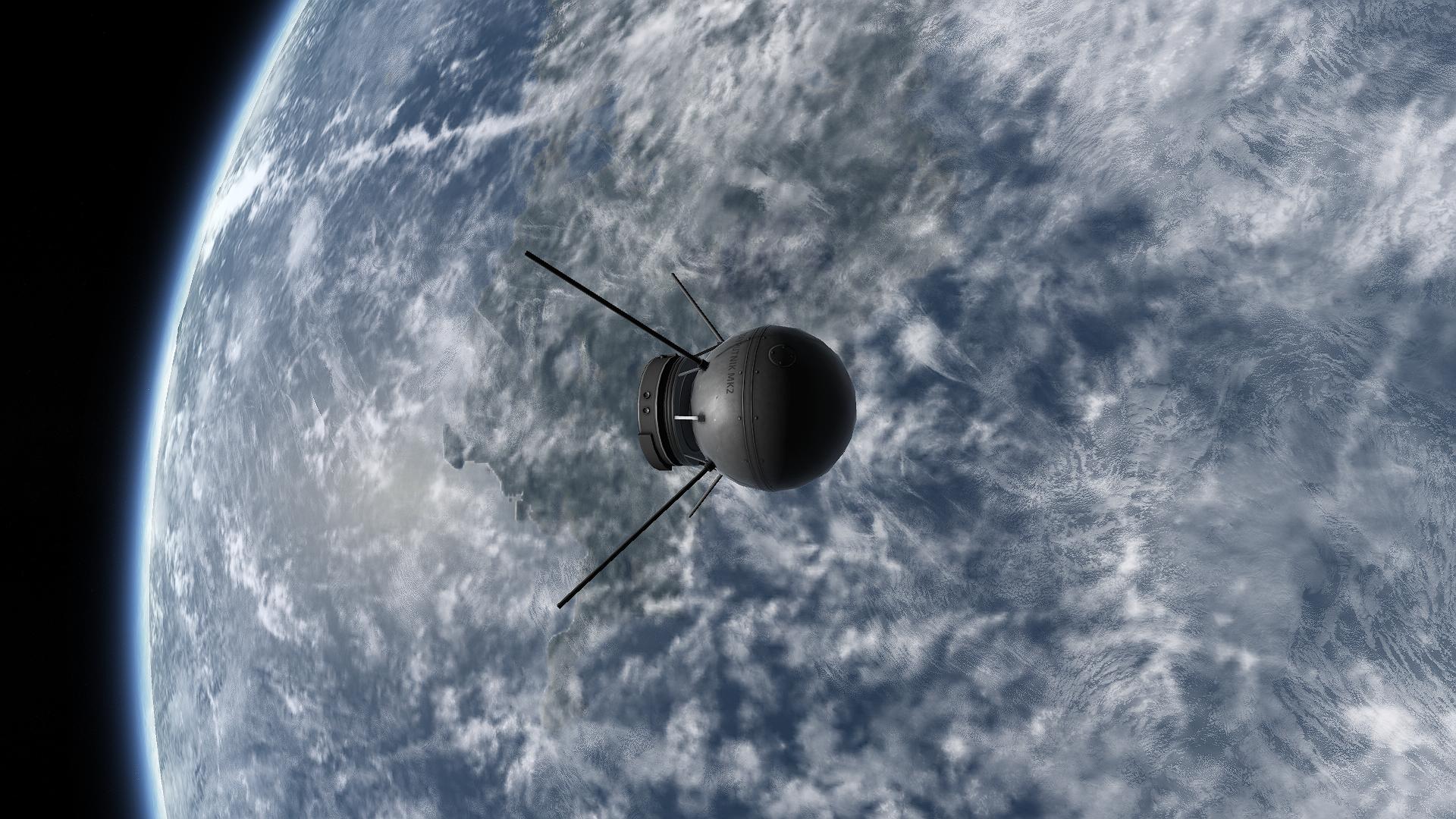 The International Geophysical Year was planned to go from 1 July 1957 to December 1958 which would represent a showcase of an array of physical sciences of which such exhibitions been stalled during and in the years after World War 2. Both the United States and Soviet Union made grandiose claims that they would be the first country to successfully placed an artificial object into orbit around the Earth. The plans by both countries began in earnest between 1953 and 1954 with the Soviet Union preparing a series of satellites that would eventually be called Sputnik (Elementary Satellite) while the United States prepped both the Vanguard and Explorer programs which run by the the USN and a joint effort between USN and US Army respectively.

The Soviet Union would be the first succeed with the successful launch of Sputnik 1 on 4 October 1957. The satellite itself was not much more than a battery, a radio transmitter, and some basic radio antennae but it was tracked by professional and amateur astronomers across the world. It’s mission last a few weeks before its batteries died out but it gave some basic but valuable information for future efforts and proved that spaceflight was truly feasible.

The Soviet Union modified the R-7 ICBM, the world’s first ICBM, into a lifter for the first satellite and designated it the Sputnik-PS or 8K71PS and began one of the primary rocket families for the Soviet (and later Russian) space programs which is still in use today. The design team didn’t bother with developing individually powerful rockets like the United States but clusters of small rockets organized into both a main stage and a set of four boosters. This shortened the development phase of the launcher considerably as it didn’t have to deal with the complexities or competitions between service branches that was troublesome for the early American space effort.

The 8K71PS is an approximation of its real-life counterpart built from the three sets of Tantares parts and is simple to operate with only a single staging to drop the boosters once they have been exhausted. The main stage handles the rest of the ascent and the orbital insertion before being discarded upon reaching a stable orbit.

The Stayputnuk is a very basic approximation of the Sputnik, due to a lack of a Tantares counterpart, which allows a battery and some antennae but has no attitude control, experiments or recharge capabilities.