Or find other craft;
- made by chaseAEd
- that use the same mods | that are compatable | with similar mods
- that have a similar part count
Hangars that contain this craft
AedsPlanes: Cold War 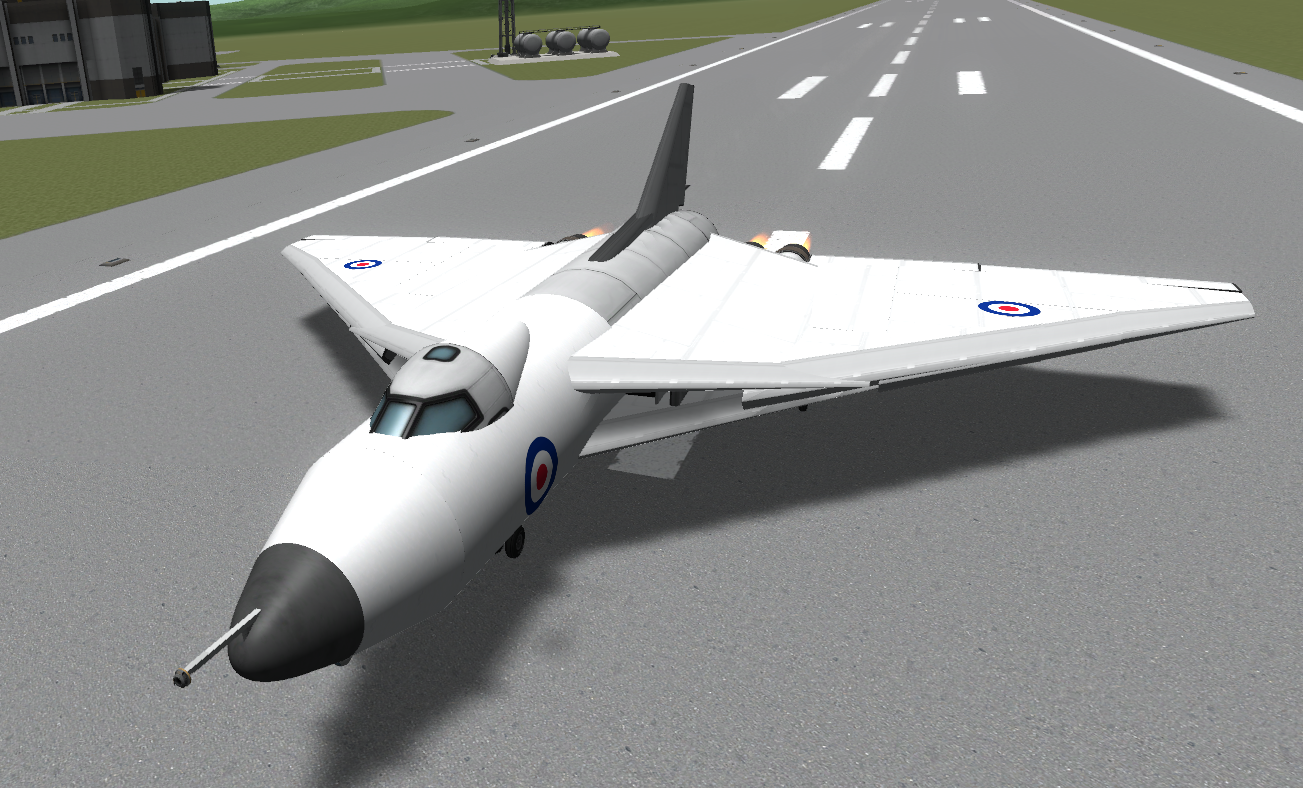 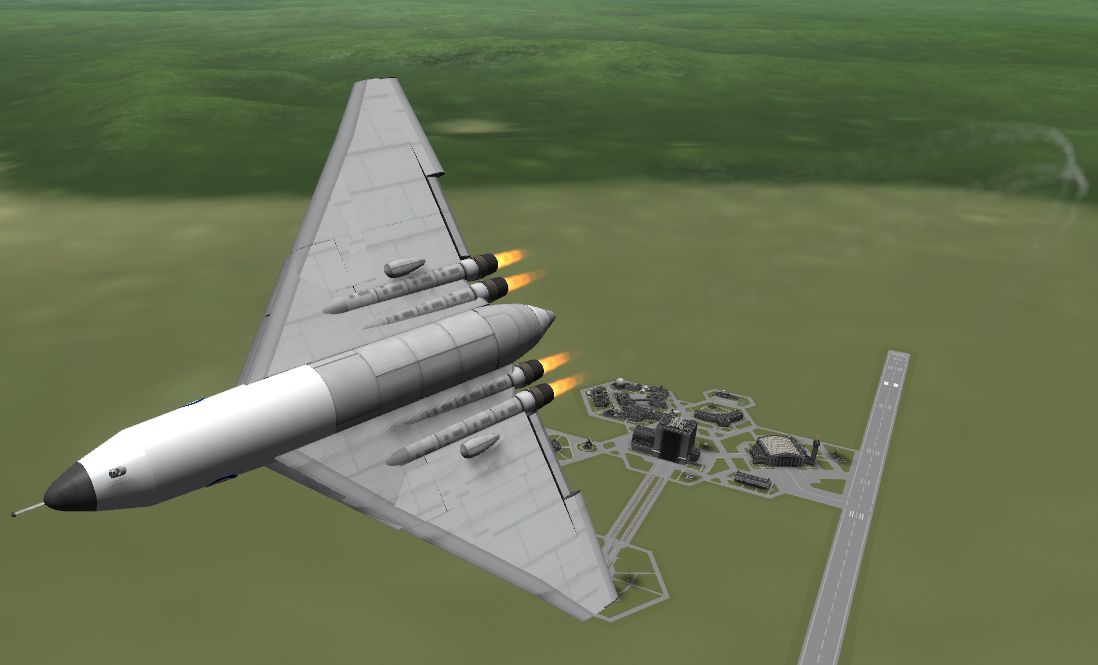 ~
Summary: Second British V-Bomber. Strategic nuclear bomber. Early version with phase-1 straight delta wing, anti-flash white colour scheme, and carrying 1x Blue Danube nuclear bomb.
~
The Vulcan was the second V-Bomber to be brought into service (introduced after the Vickers Valiant, and before the Handley-Page Victor) in 1956, and was way ahead of its time. The tailless, delta-wing design with its four, powerful Bristol Olympus engines buried in the wing root benefitted from having an extremely small radar cross-section, and was also extremely maneuverable, piloting rather more like a fighter than any other bomber of its time, and could reach Mach 0.96.
~
Such were its flight characteristics that, at the suggestion of the chief test pilot, the control wheel was replaced with a fighter-style control stick. When the first Vulcans to enter service were unveiled a the Farnborough Airshow, crowds were left amazed when this new nuclear bomber executed a full barrel roll in front of the SBAC president’s tent. The pilot was reprimanded for performing this maneuver, but it demonstrated the capabilities of the aircraft, and left observers from the American Strategic Air Command, who had just taken possession of their new, huge, lumbering and famously ugly B52, highly jealous.
~
The original, straight delta-wing of the first tranche of Vulcan B1s (represented by this model) was quickly adjusted to the more familiar but complex notched delta form to help deal with buffeting when the plane approached the speed of sound (see adjusted model, Vulcan B1A). The Avro Vulcan B2 bomber was adjusted further, with a slightly longer wing.
~
The Vulcan would go on to serve in the strategic nuclear bomber role into the 1970s, when the nuclear deterrent role was handed to the Royal Navy’s Polaris submarines. The Vulcan served as a strategic reconnaissance plane and tanker for some years, until, during the 1980s Falklands War, a select few were used in the legendary long-range Black Buck bombing raids.
~
This model represents the very earliest tranche of Vulcan B1s, with its shorter, straight delta wing, and carrying the early Blue Danube British atomic bomb.
~
Built with 92 parts, to exact scale, and using appropriate systems, weapons and colour scheme wherever possible. 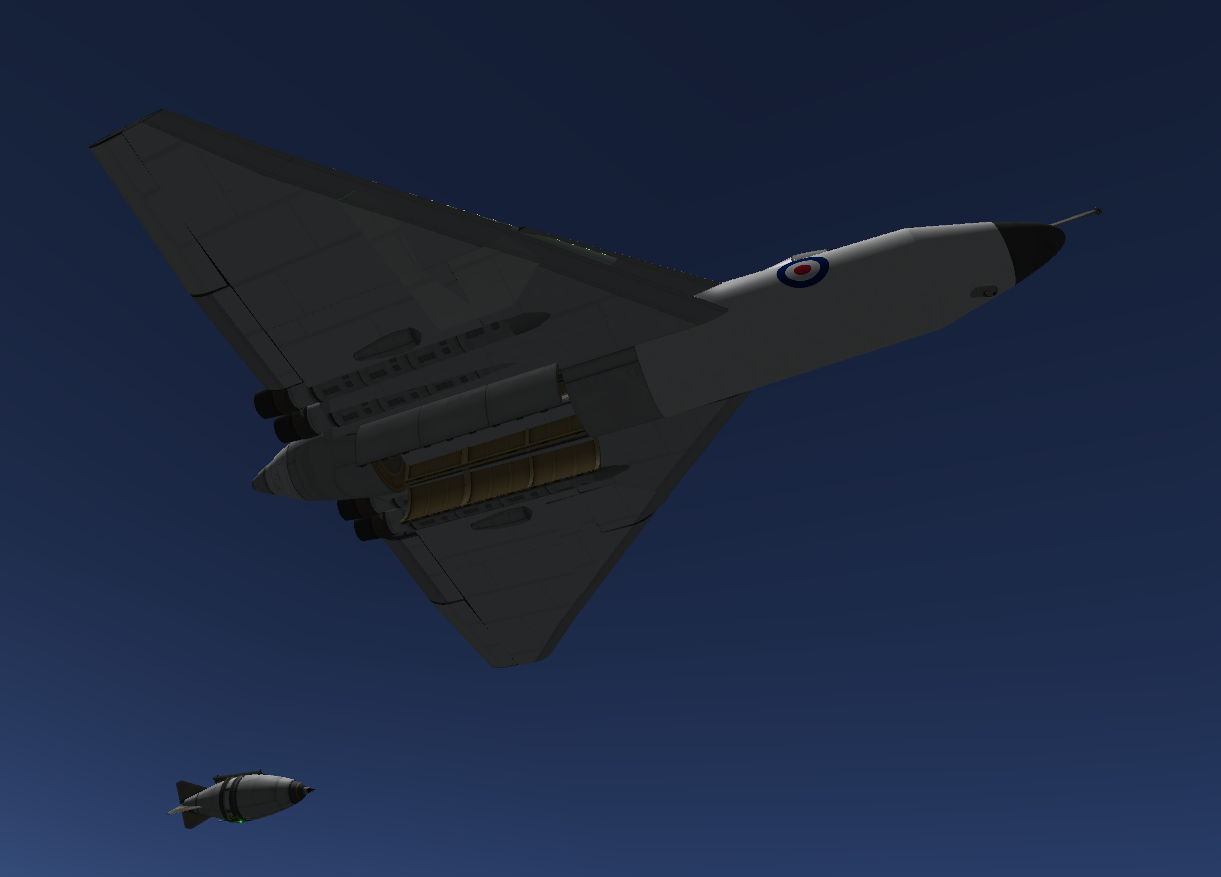 AedsPlanes are replicas of historic aircraft built as accurately as possible, and usually to 1:1 scale. Enjoy the experience of being a real Kerbal Airforce pilot!
(For added immersion, install flag mod World Aircraft Insignia by ChaseAEd and add real airforce roundels to your planes). 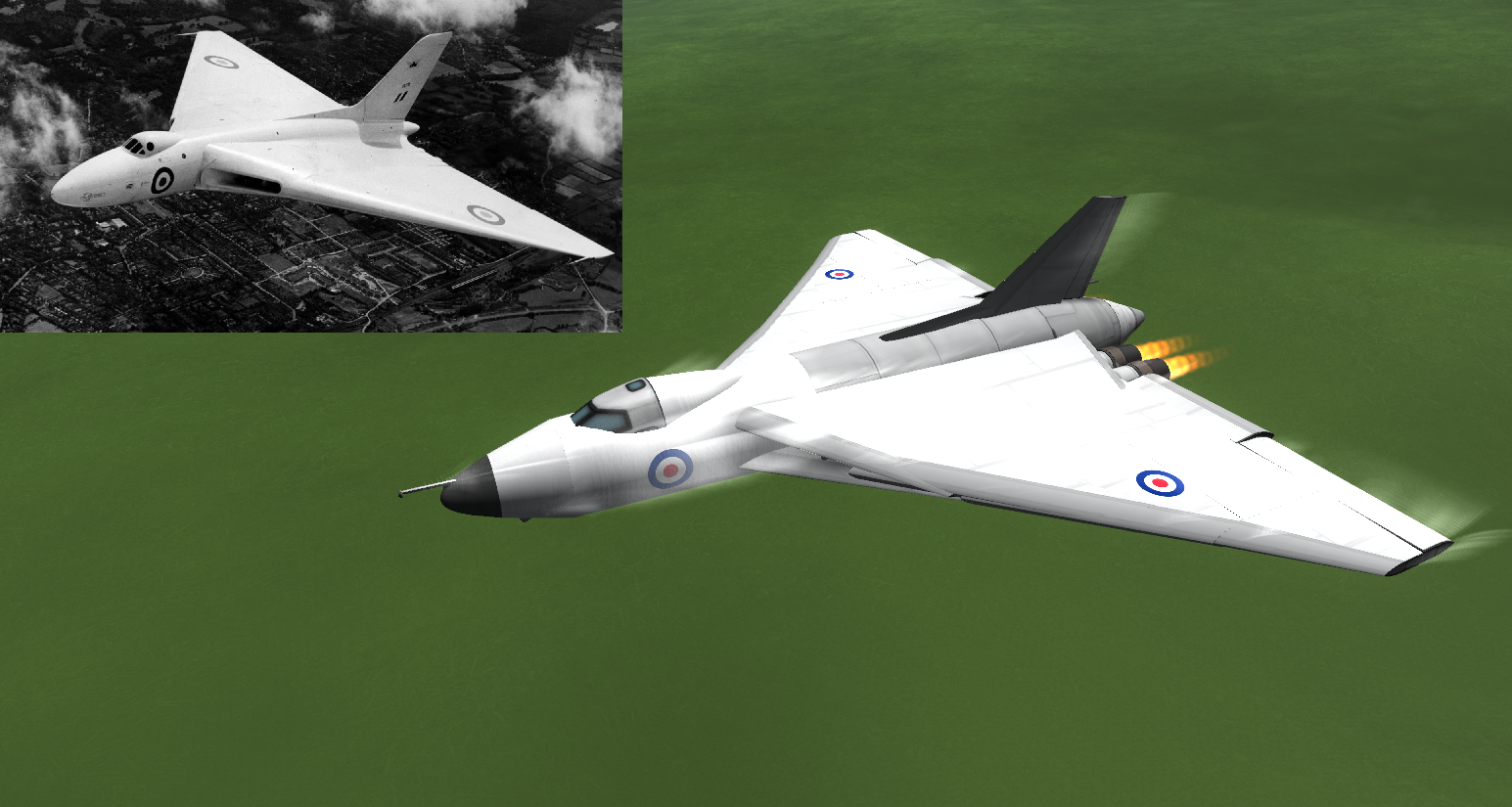