try not to crash it
Note: this was made in KSP v1.4.5 - It may not function as intended in KSP 1.8.1
download ckan meta-file
This craft has been added to your downloads queue. Use the KX Mod to fetch it when you are next in KSP. Enable deferred downloads to make this the default way to download.
Download craft with the KerbalX Mod
how to install
re-download

Or find other craft;
- made by blackheart612
- that use the same mods | that are compatable | with similar mods
- that have a similar part count
Hangars that contain this craft
Commercial Airliners | Airplane Plus Craft 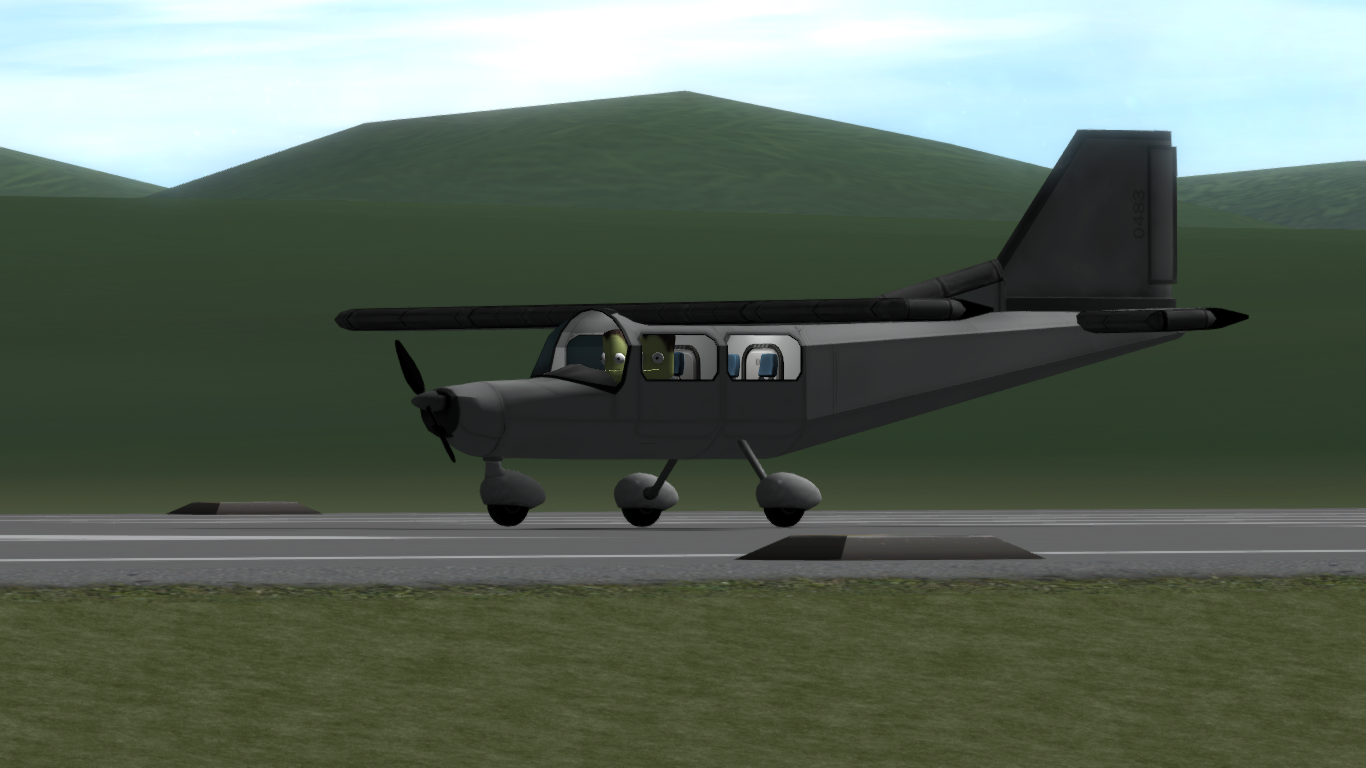 The Kingfisher Mk1 is a four-seat, single-engined light airplane.
It’s one of the earliest airplanes everbuilt for civilian usage, capable of touring two kerbals, three if it’s desperately needed to load passengers at the expense of a copilot.
It is also the first turboprop powered aircraft to be produced with the research and development team’s efforts to take the kerbalkind into the air with ease. Thus, the Kingfisher was always a great choice as a training aircraft. Though the fuel capacity only limits it to close proximity.

A mod aircraft called Kingfisher Mk1. Built with 24 of the finest parts, its root part is cessnacockpit.