try not to crash it
Note: this was made in KSP v1.6.1 - It may not function as intended in KSP 1.8.1
This craft has been added to your downloads queue. Use the KX Mod to fetch it when you are next in KSP. Enable deferred downloads to make this the default way to download.
Download craft with the KerbalX Mod
how to install
re-download 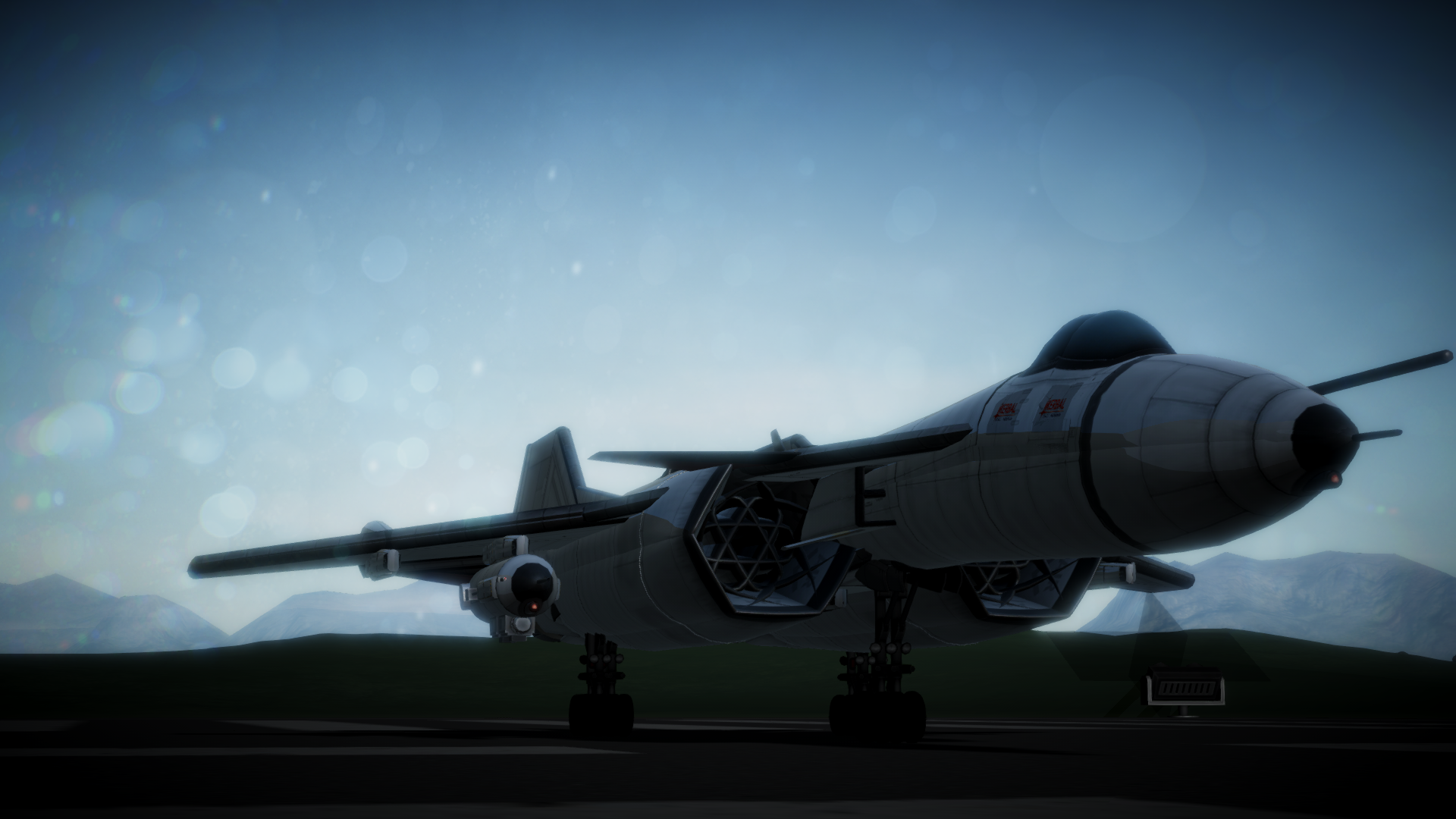 .
With the new production of a strategic bomber from UCA, Canada started to think the Holiday Empire was gearing for conventional war. Aier Unlimited, the main producer of aircraft at the time, began their own rushed program for a long range heavy interceptor. Bulding heavily off of the Russian Sukhoi aircraft, the plane featured a slightly drooped nose, two engines, two tailfins and a set of canards. The engines used in the 155 would remain classified until the late 80s, and to date are the most powerful engines ever mounted on a bomber interceptor.
.
The 155 would break the record for the highest speed achived by an in-service fighter aircraft, managing over 5000kph at 14km above sea level. These planes were extremely expensive to maintain, with common mechanical and technical malfunctions. It had been rushed into service against what was essentially a fictional threat, and the lifespan of the aircraft showed it.
.
A total of 25 Au-155s would be built, 5 of which would never fly, and none would ever sortie to intercept a live threat.
.
The Au-155 would retire with a lifespan of only 8 years. One of these gigantic two seaters is held at the Smithsonian Air and Space museum, and all other aircraft had been scrapped.
.
Au-155
CC : 371
RC : Structural Fuselage MKI
Produced by Aier Unlimited (CA)
Serial Production Date : 2045/2053