try not to crash it
Note: this was made in KSP v1.3.1 - It may not function as intended in KSP 1.12.4
This craft has been added to your downloads queue. Use the KX Mod to fetch it when you are next in KSP. Enable deferred downloads to make this the default way to download.
Download craft with the KerbalX Mod
how to install
re-download

Or find other craft;
- made by Xenome
- that are also pure stock
- that have a similar part count
Hangars that contain this craft
Personnel Transport 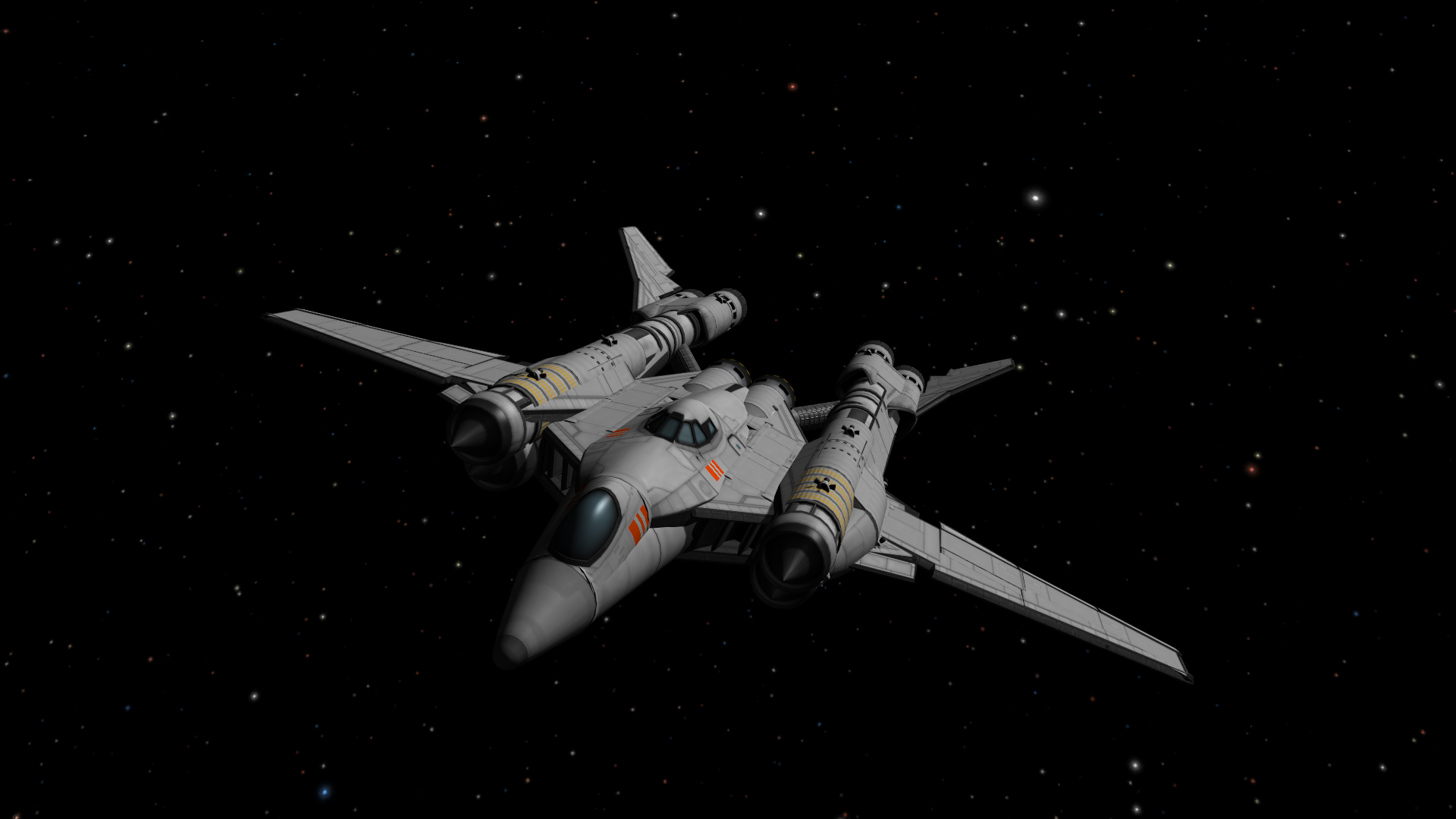 Anyone else hyped for the game that will never be released???!?
This replica of the Aegis Vanguard can BARELY, and I mean barely, get into orbit. I kinda got inspired after looking at Skunk Twerks getting some wonderful starfighters into orbit. I had a garbage version of this laying around and did a complete overhaul just for KerbalX.

To fly it into orbit, you have to get up to about 3000m as FAST as possible by climbing at around 60 degrees or so, just enough to maintain about 120m/s until you reach the end of the light blue on the atmosphere meter. Then fly at 0 degrees until you are around 420m/s (not kidding). Finally, fly at about 20-30 degrees until you run outta air and switch the engine mode. just keep burning until you are in orbit, I guess. Its possible.

And yes, there is a picture where the craft is slightly different but that was before a couple tweaks including making it look more like the Vanguard.

A stock starfighter called Aegis Vangaurd. Built with 301 of the finest parts, its original construction component is MK1Fuselage.

Built in the SPH in Star Citizen version 1.3.1.