try not to crash it
Note: this was made in KSP v1.4.5 - It may not function as intended in KSP 1.12.4
This craft has been added to your downloads queue. Use the KX Mod to fetch it when you are next in KSP. Enable deferred downloads to make this the default way to download.
Download craft with the KerbalX Mod
how to install
re-download

Or find other craft;
- made by Xenome
- that are also pure stock
- that have a similar part count
Hangars that contain this craft
Full Scale Stock Craft 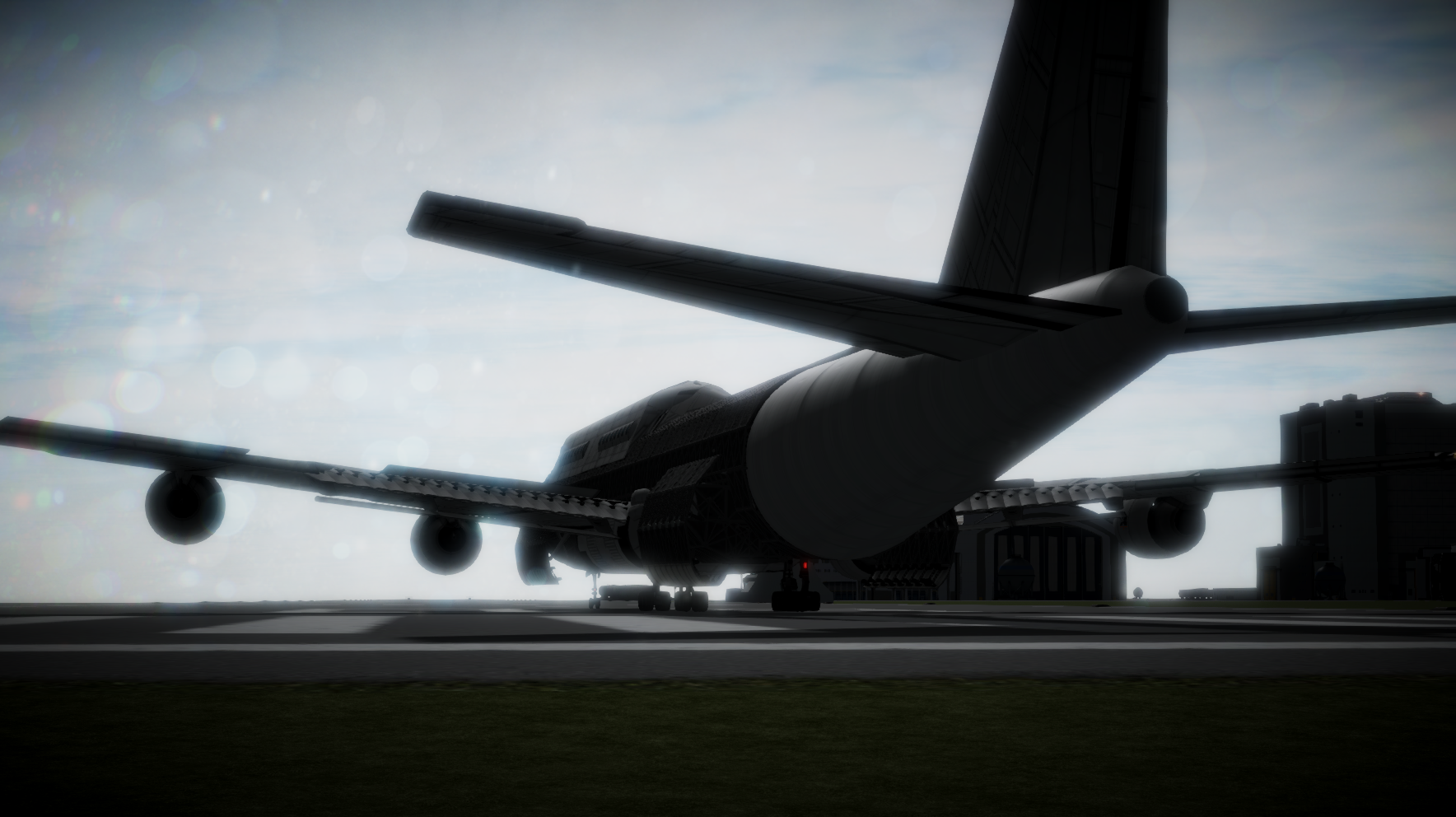 .
aha
.
i guess i’ve outdone myself
.
Massive thanks to Kronos_Aerospace, the tail section on this is actually from the 747 he posted a while ago, and also for essentially inspiring this build. Don’t worry, I asked to know if I could use it. Certainly go take a look at his airliners, they are way sexier than mine. x)
.
The Boeing 747 AAC was a project to create an airborne aircraft carrier for the USAF. While it never ended up being produced, it was said that it would be technically possible. Looking at the few images there are of the project, it seems like it would’ve been able to carry 10 fighters, but since I don’t know how to make more complicated hoisting mechanisms, I can only fit 6.
.
That brings me to the next shoutout, LunarEnterprises-Moonsparkejo. The parasite fighter I used to size the hangar was his mini-raptor. KSP will still render atmosphere inside the hangar as if the plane wasn’t there, so I suggest adding some reaction wheels to the raptor so you can peel it off the roof of the hangar when it shoots up off the hangar floor.
.
In terms of action groups, make sure you don’t have open bay and close bay active at the same time, you’ll break the door. There will be explosions.
.
Ganbarou!
.
A stock aircraft called 747 AAC. Built with 2092 of the finest parts, its root part is structuralPanel1.