try not to crash it
Note: this was made in KSP v1.3.1 - It may not function as intended in KSP 1.9.1
This craft has been added to your downloads queue. Use the KX Mod to fetch it when you are next in KSP. Enable deferred downloads to make this the default way to download.
Download craft with the KerbalX Mod
how to install
re-download 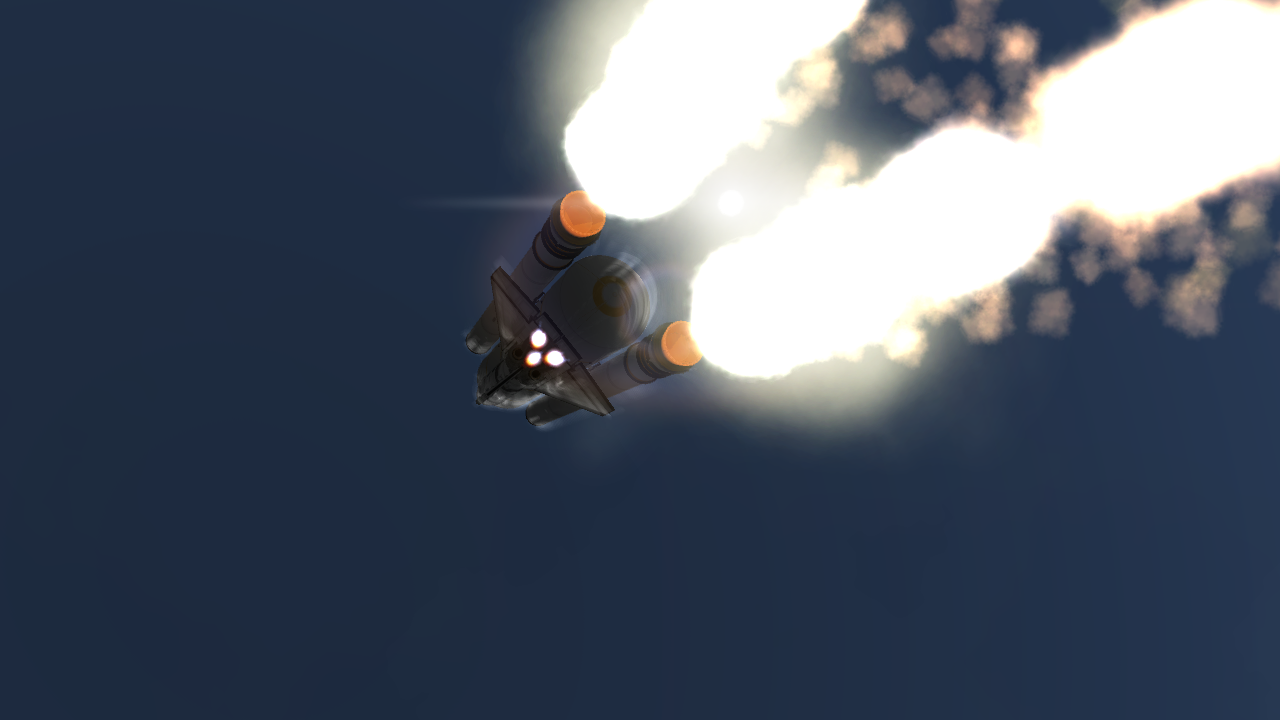 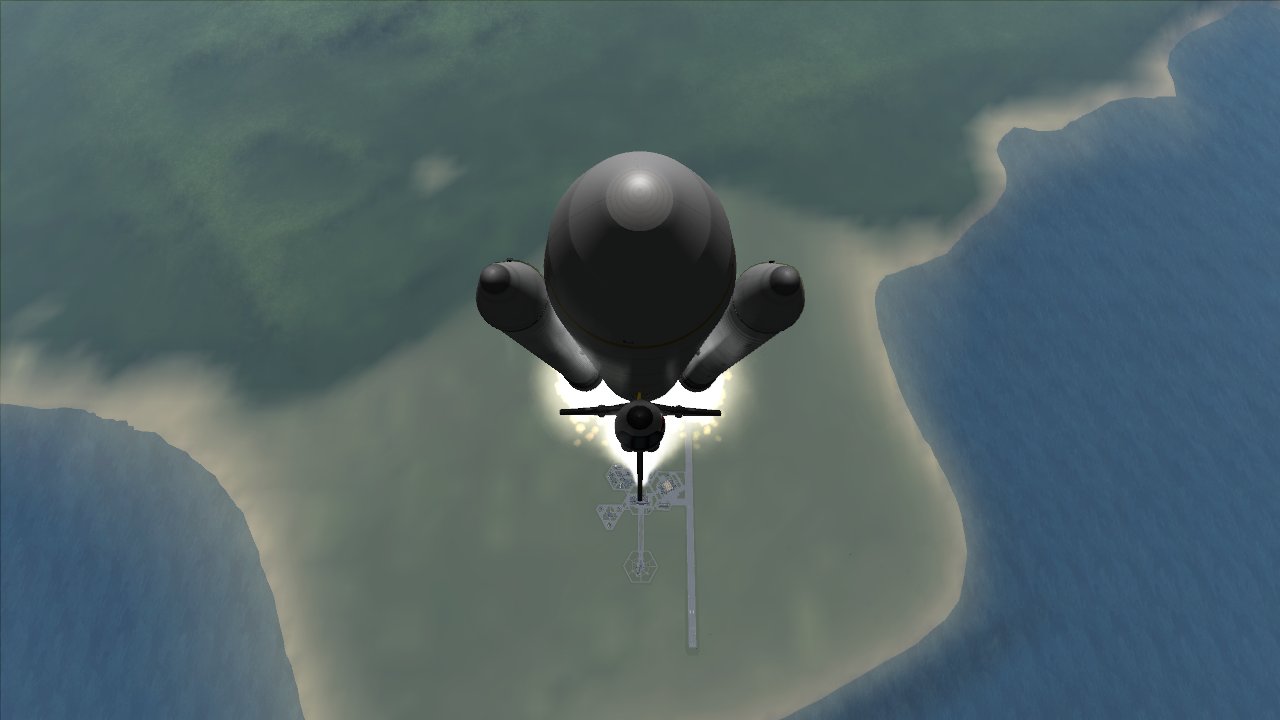 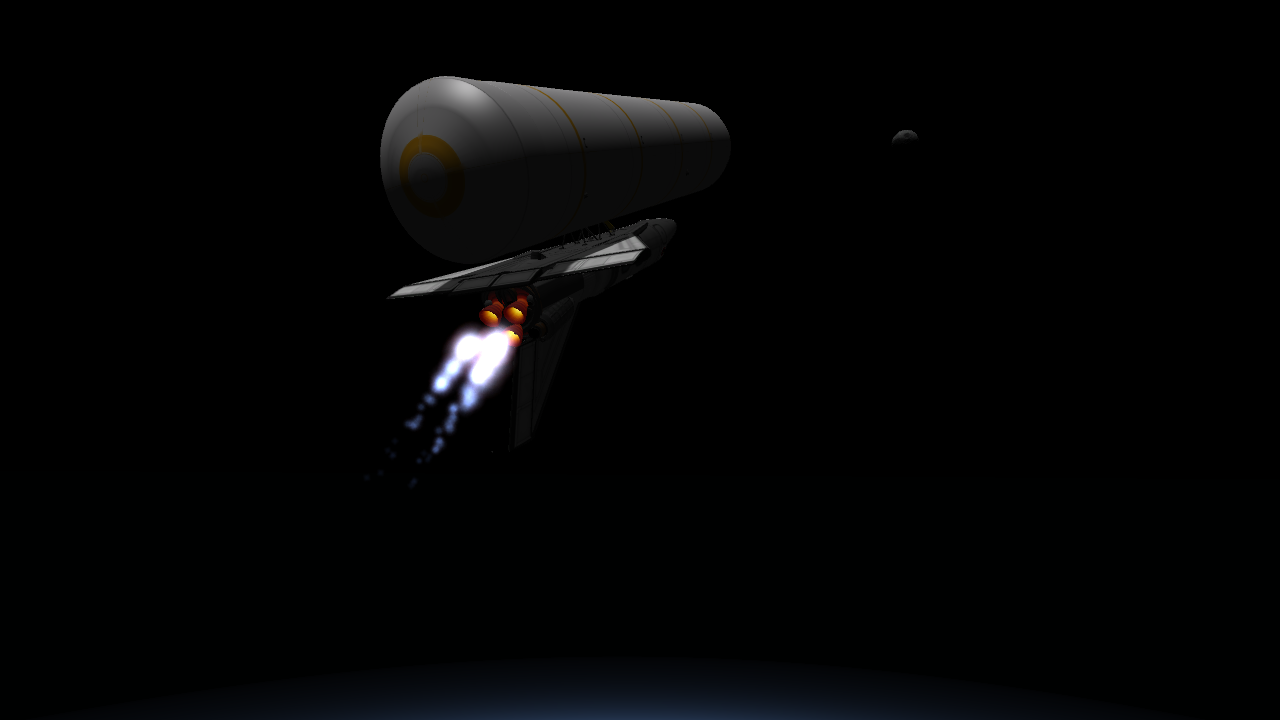 Named after the Titan and goddess of dawn, Eos is a compact four seats Space Shuttle System.

She was born from my desire to realize a cheap, fast to unlock in a career and useful space shuttle inspired by the American one. And I met some of the same problems… made originally with 4 Thumper to boost her, Eos was unable to reach a good orbit. 6,8 even 9 Thumper on each side were unable to ensure a good performance between thrust and time of burn. Disappointed I put some Kickback instead, replace some parts too heavy and now the orbiter is able to reach a target at 200 km with approximately 900 m/s still available.

But… as wrote upper, what was supposed to be a simple and cheap system becomes a costful and partly reusable one.

About her attitude Eos is simple to control from the launch to the begin of the circularization. I made the stages to imitate the S.T.S. launch. So the main engines starts before the SRB and you will even have the famous Twang for the same reason. Get enough energy before the SRB separation and everything is almost won. Once the Apogee placed where you want to do not drop the external tank : the two Spark imittating the O.M.E. are so weak that you will probably not be able to complete a good circularization without having burned a good amount of fuel. Start your maneuver with the E.T. still in place and the Thud, once out of fuel you can release it and keep on with the Spark. Just don’t forget to shut down the main engines before with the key 1 or their superior thrust and special angle will make the orbiter flip hard.

The re-entry can be a bit tough if a good amount of fuel is still present onboard, then for the landing… well the X-26A is more a flying brick than a glider. The landing speed can be expected around 110-120 m/s. Anyway, a bracking chute is onboard.

A stock spaceplane called Sleg X-26A Eos. Built with 93 of the finest parts, its root part is probeCoreOcto2.

- Last Update : new remodeling of the Orbiter’s vertical stabilizer, ensuring a better control in the higher atmosphere layers, enhancement of the horizontal controls, and some others little aesthetics changes. 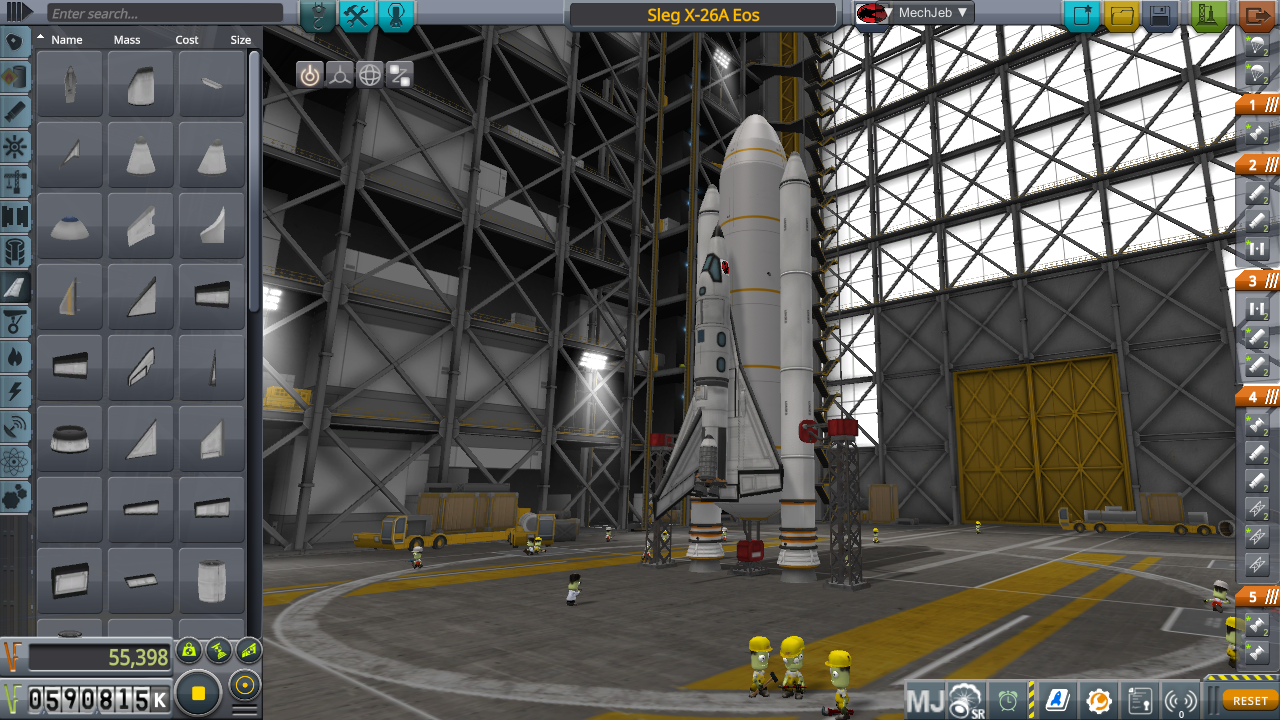 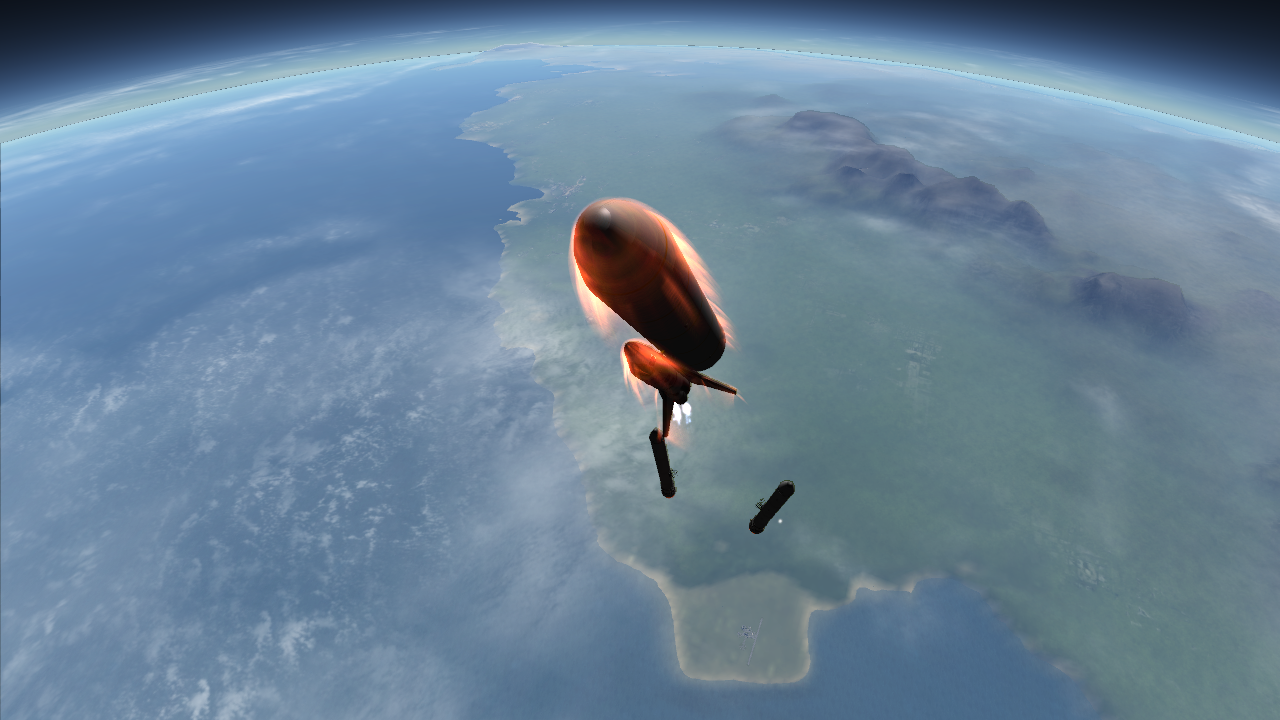 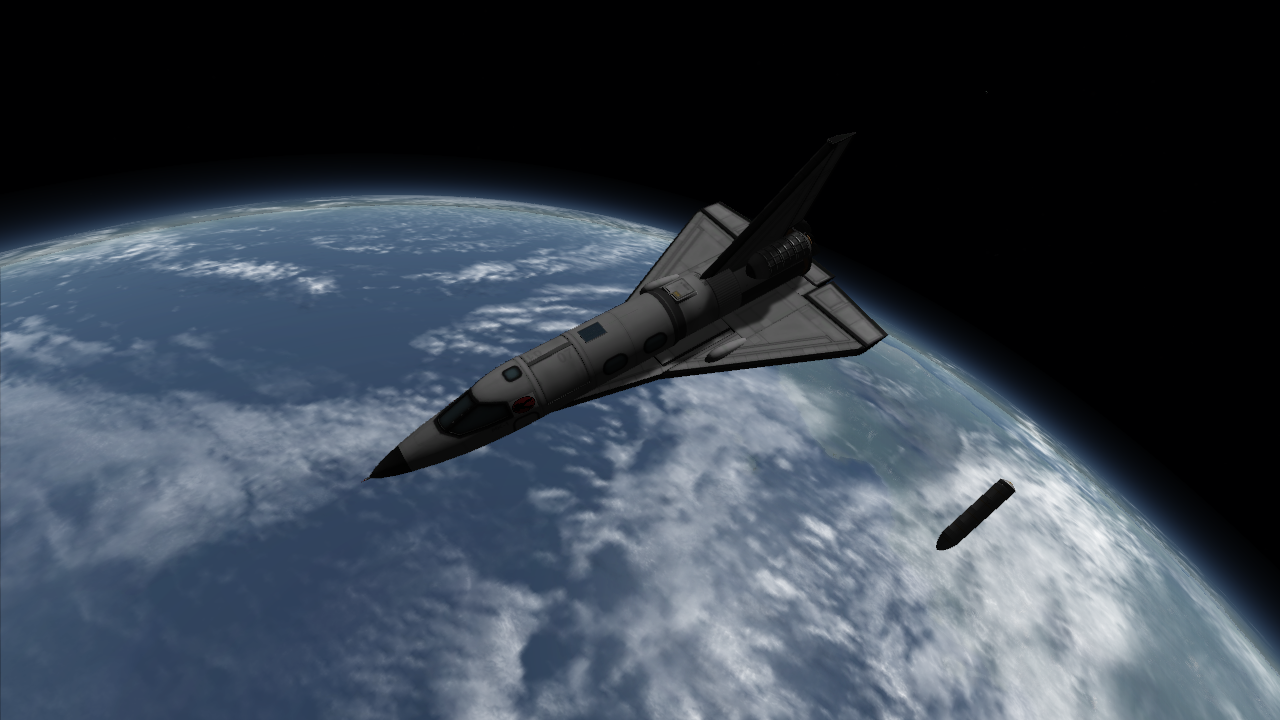 Separation of the Solid Rocket Boosters and the External Tank. 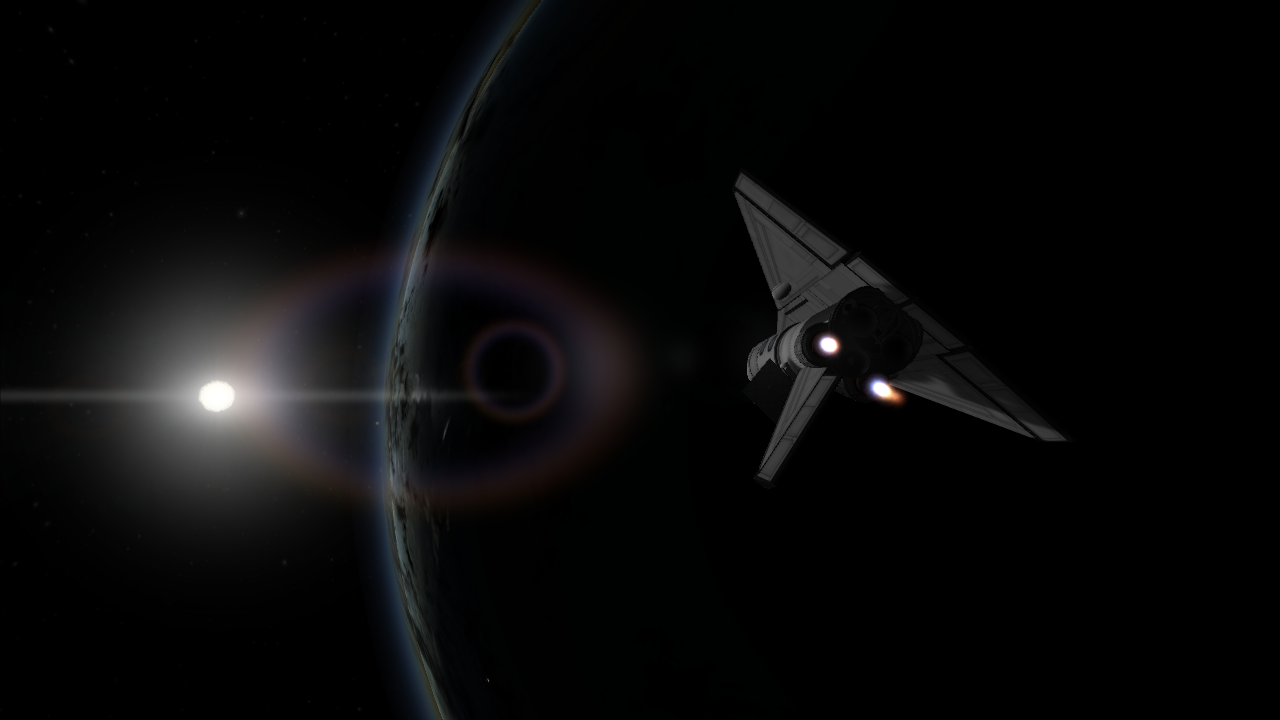 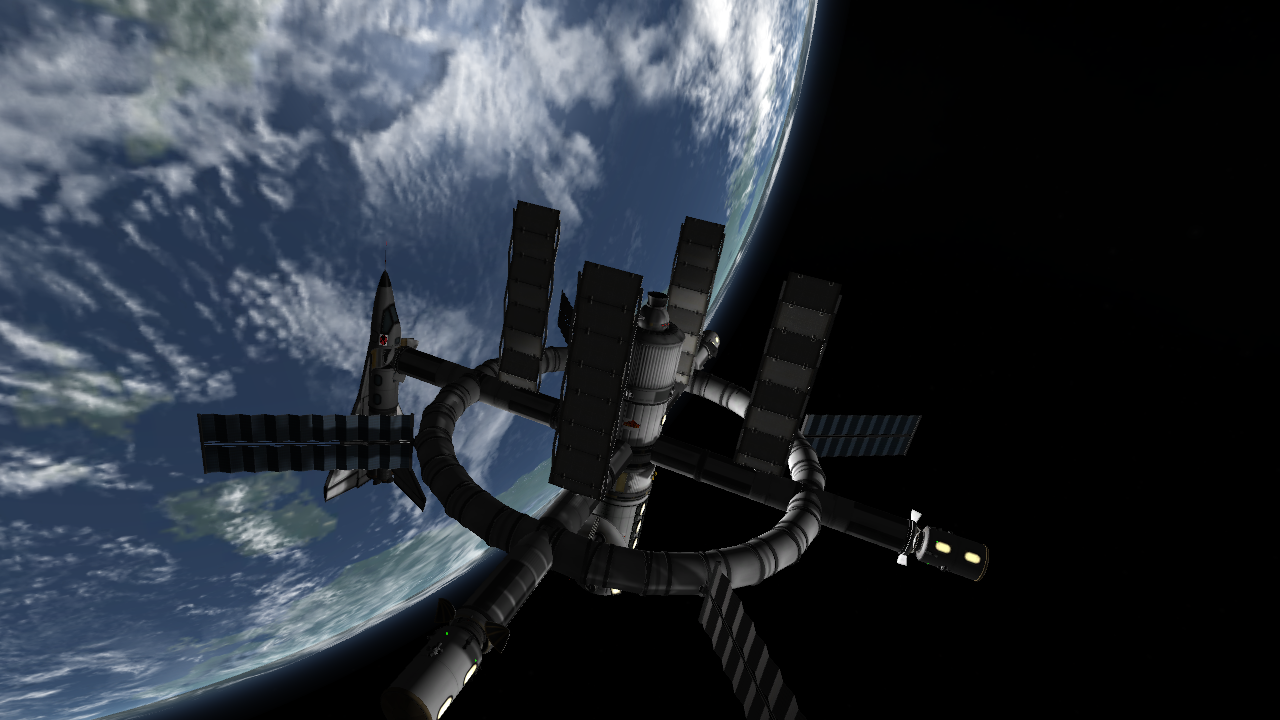 Initiating the Orbital Maneuvering System to realize a rendez-vous with Outer Heaven at 200 km. 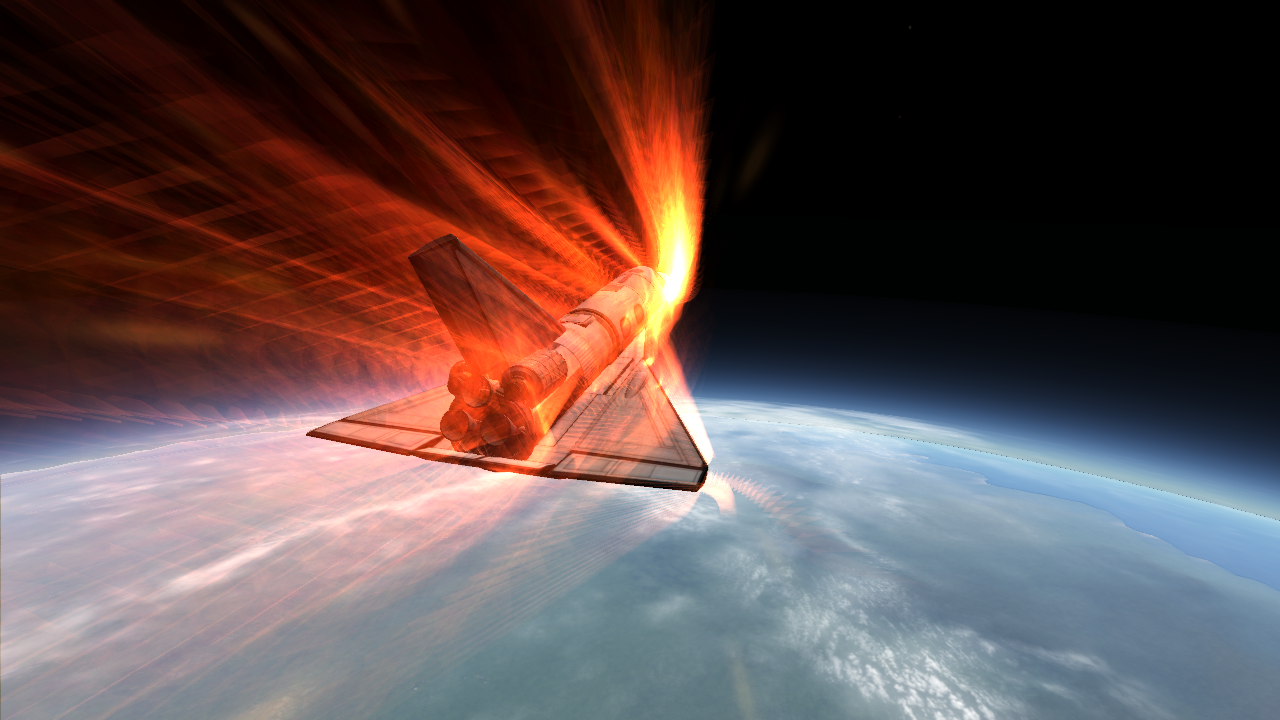 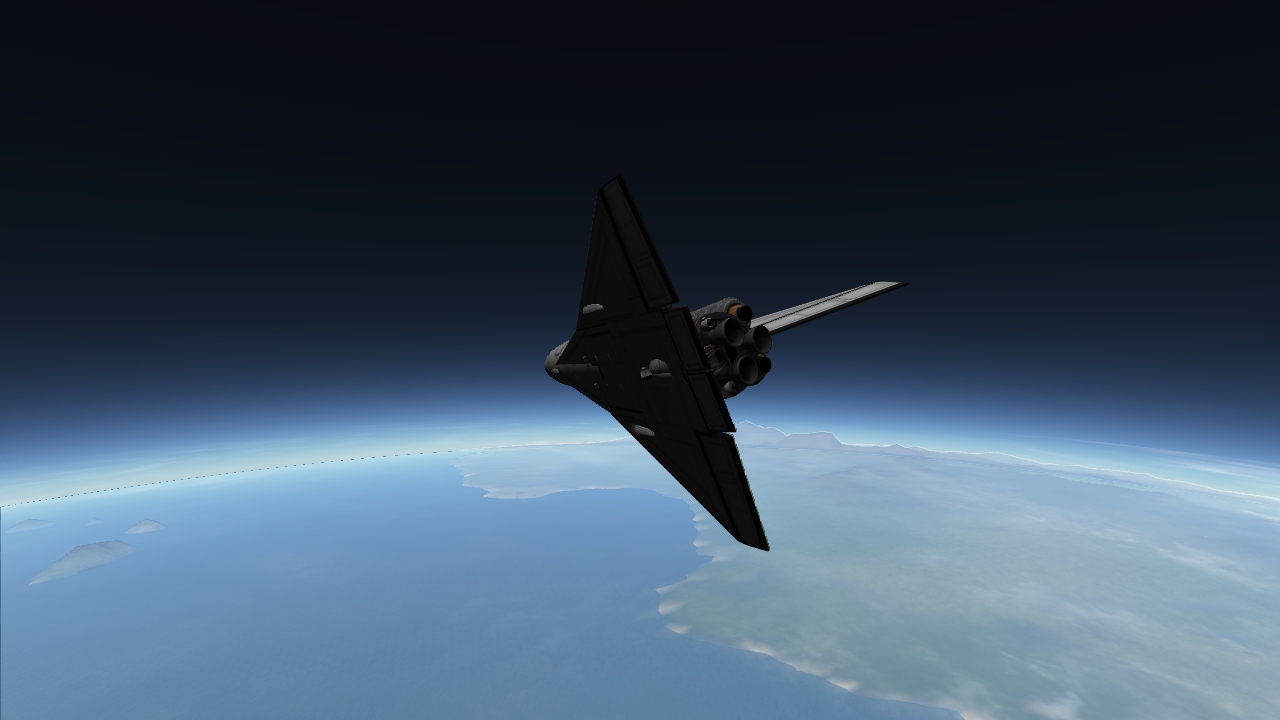 Re-entering and maneuvering to re-align for an approach RWY 09. 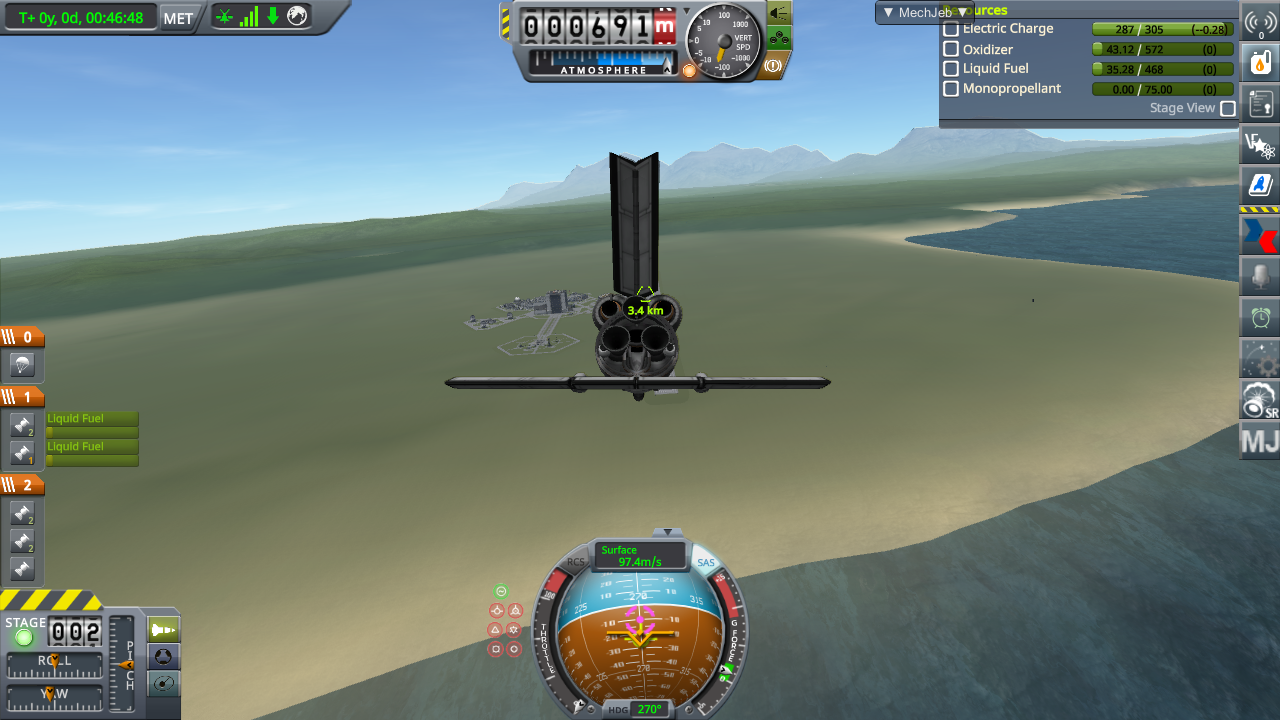 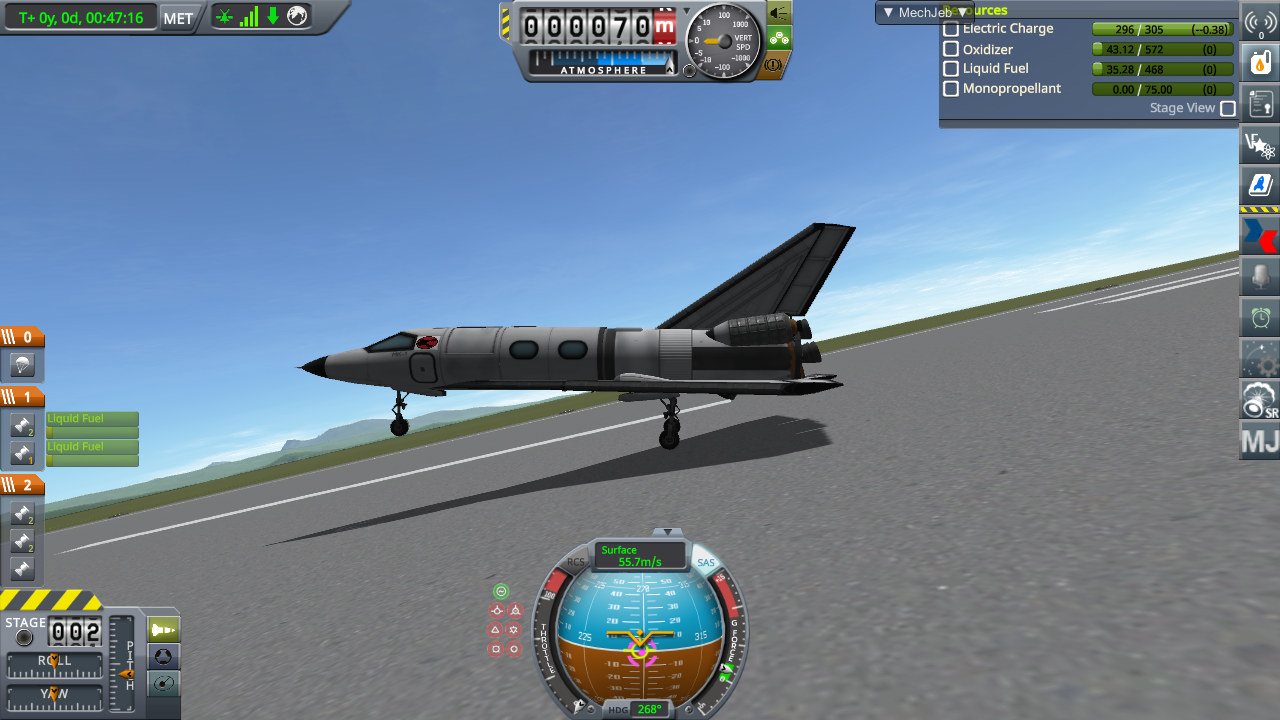 Extending speedbrakes for a better diving approach and flaring a bit before final touch down.