try not to crash it
Note: this was made in KSP v1.3.1 - It may not function as intended in KSP 1.10.0
This craft has been added to your downloads queue. Use the KX Mod to fetch it when you are next in KSP. Enable deferred downloads to make this the default way to download.
Download craft with the KerbalX Mod
how to install
re-download 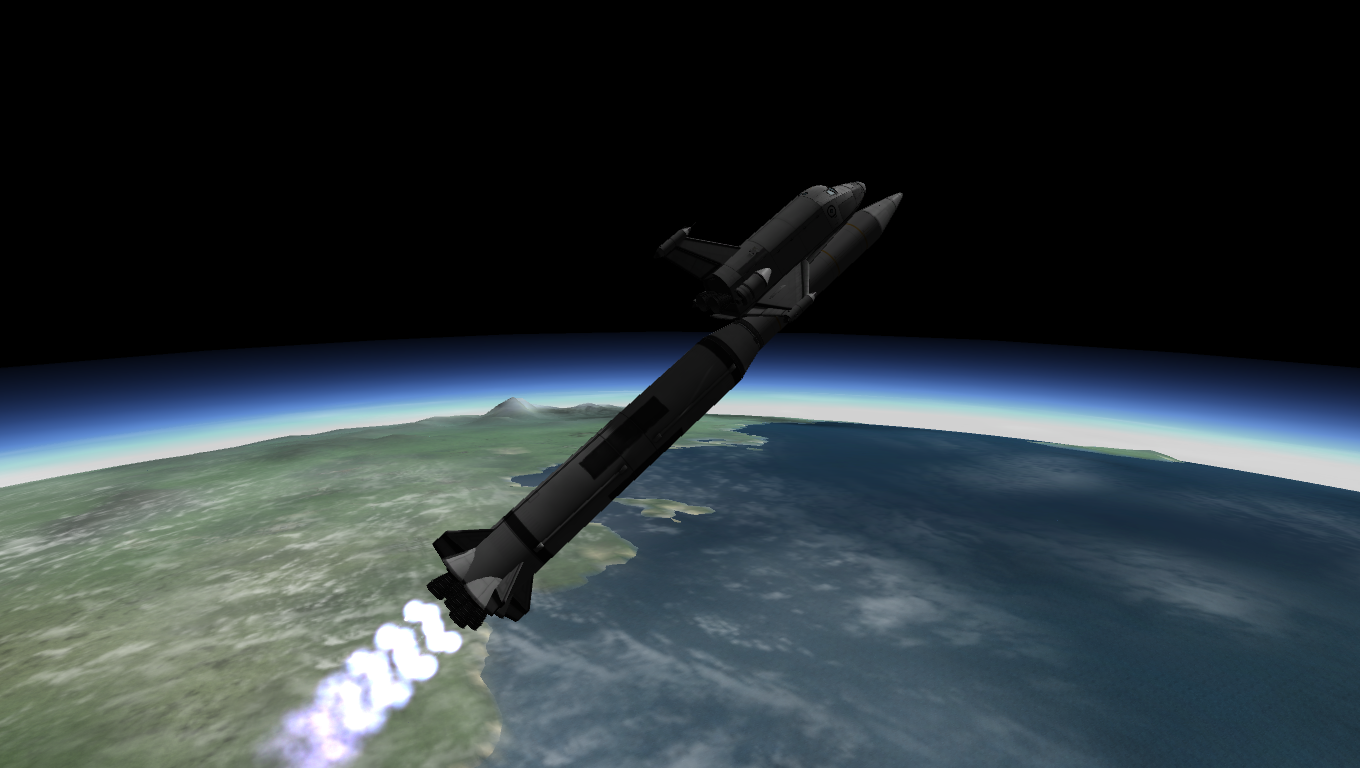 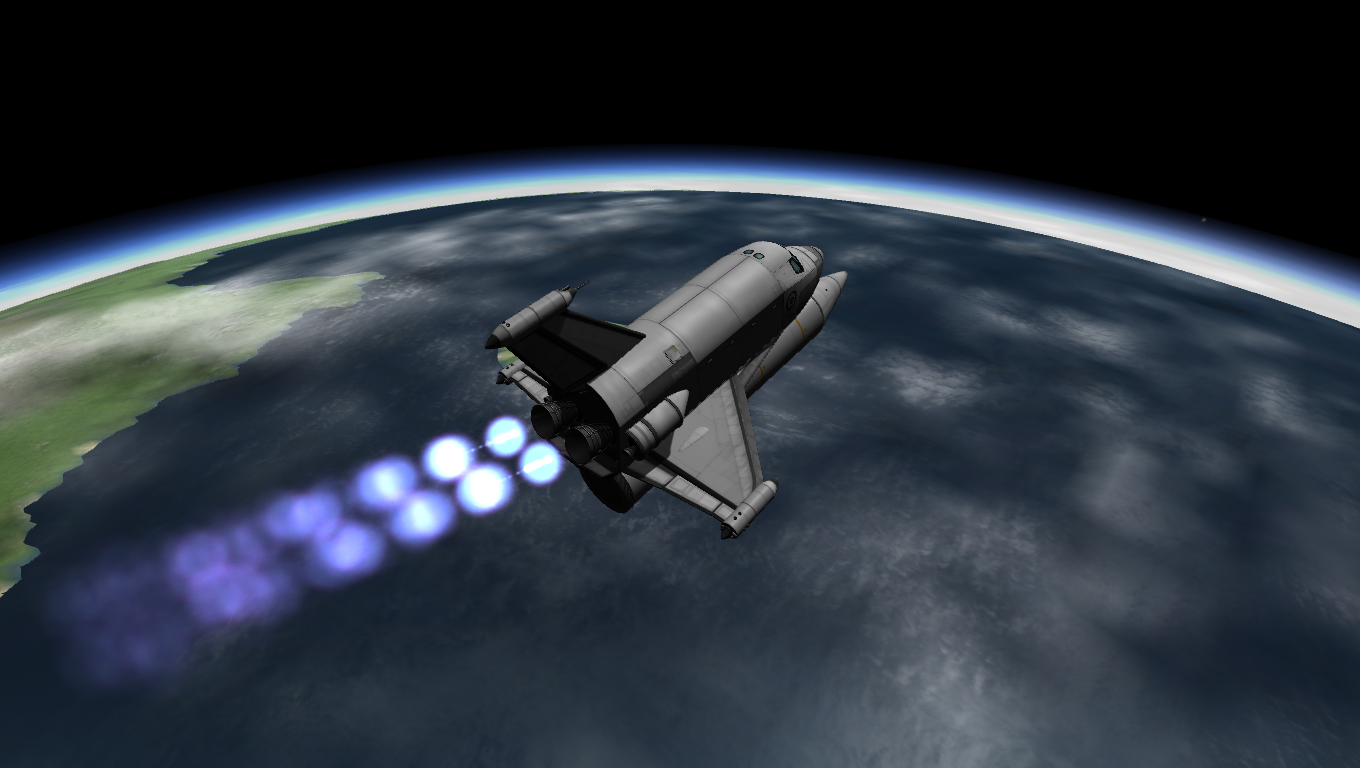 Many months ago I discovered on the official KSP forum the work of a member on a Saturn-Shuttle project. At this time I was just aware of some draws saw online but his work just gives me the kick needed to try my own realization based on a wood model picture (visible on the right).

After more than five re-designing I estimate this model satisfying enough to be shared.
Named after Kronos (the Greek equivalent of the Roman’s Saturn titan) and Demeter one of his daughter, the first stage is powered by five Vector which should accelerate the orbiter to a speed of 1700 m/s.
Once separated you can light the orbiter main engines consisting of two other Vector feed by the external tank and place its Ap to 500 km. The ET was originally made of one X-200-16 and a Jumbo-64 but for aesthetics reasons I changed them for eleven FL-T800 placed in a 2.5 m fairing, upgrading the global performance by the way.

Then you should just have to gain 120-50 m/s to circularize with the two Thud playing the O.M.S. role.
Once on a stable orbit the vehicle have plenty enough propellant onboard to realize a lot of maneuvers, planning a rendez-vous and de-orbit. Each of the landings I performed finished with more than 300 of fuel onboard once stopped on the runway.

Apart of this the craft is coming with a laboratory in its cargo bay and a Shuttle docking-nod wanna-be.

Have fun… and crashes.

A stock rocket called Kronos-Demeter (Saturn-Shuttle). Built with 140 of the finest parts, its root part is mk3Cockpit.Shuttle. 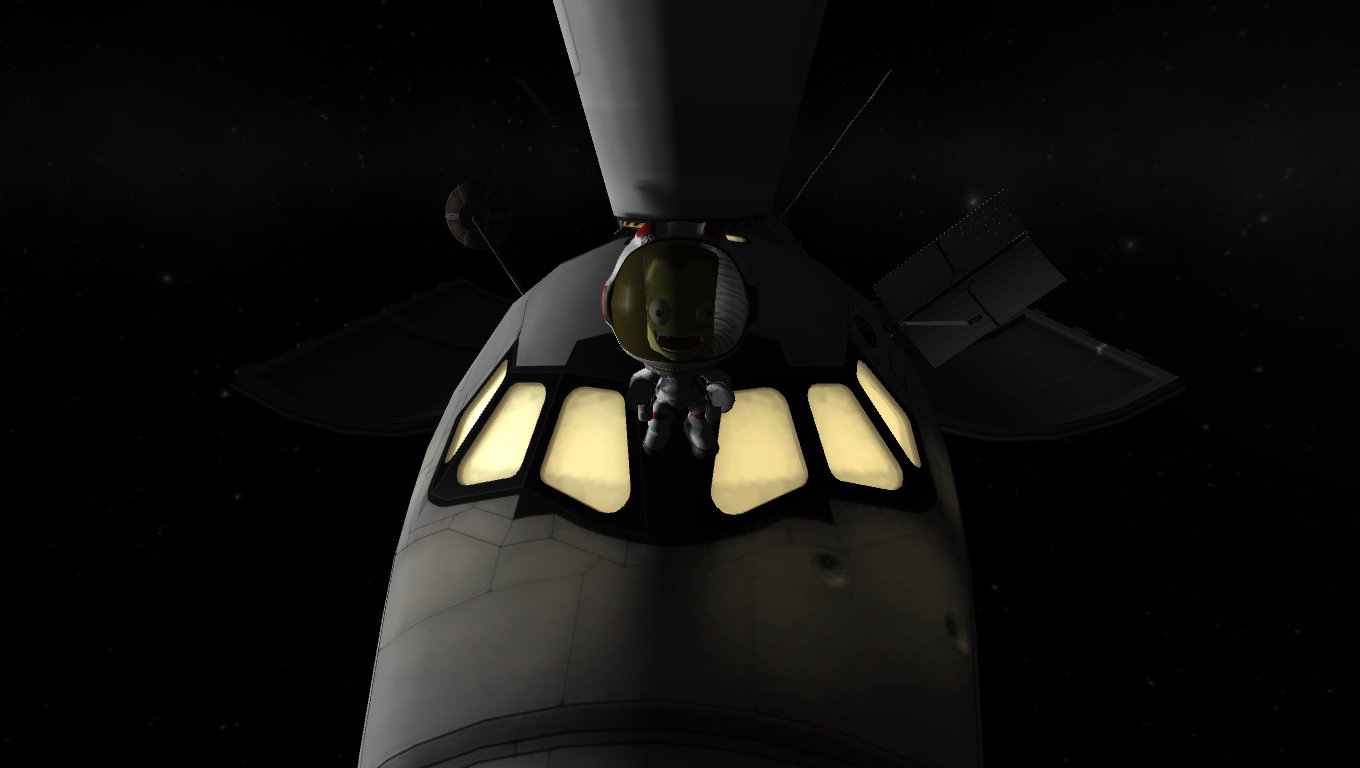 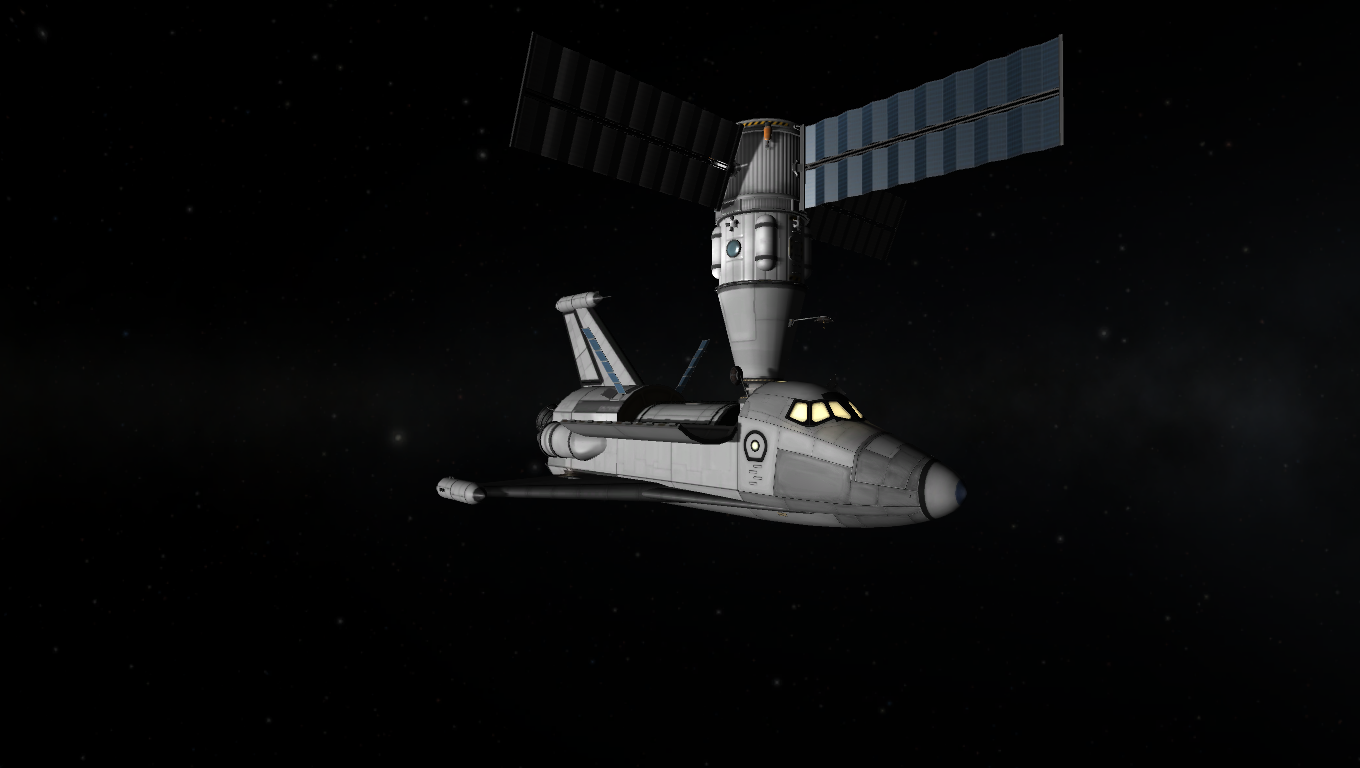 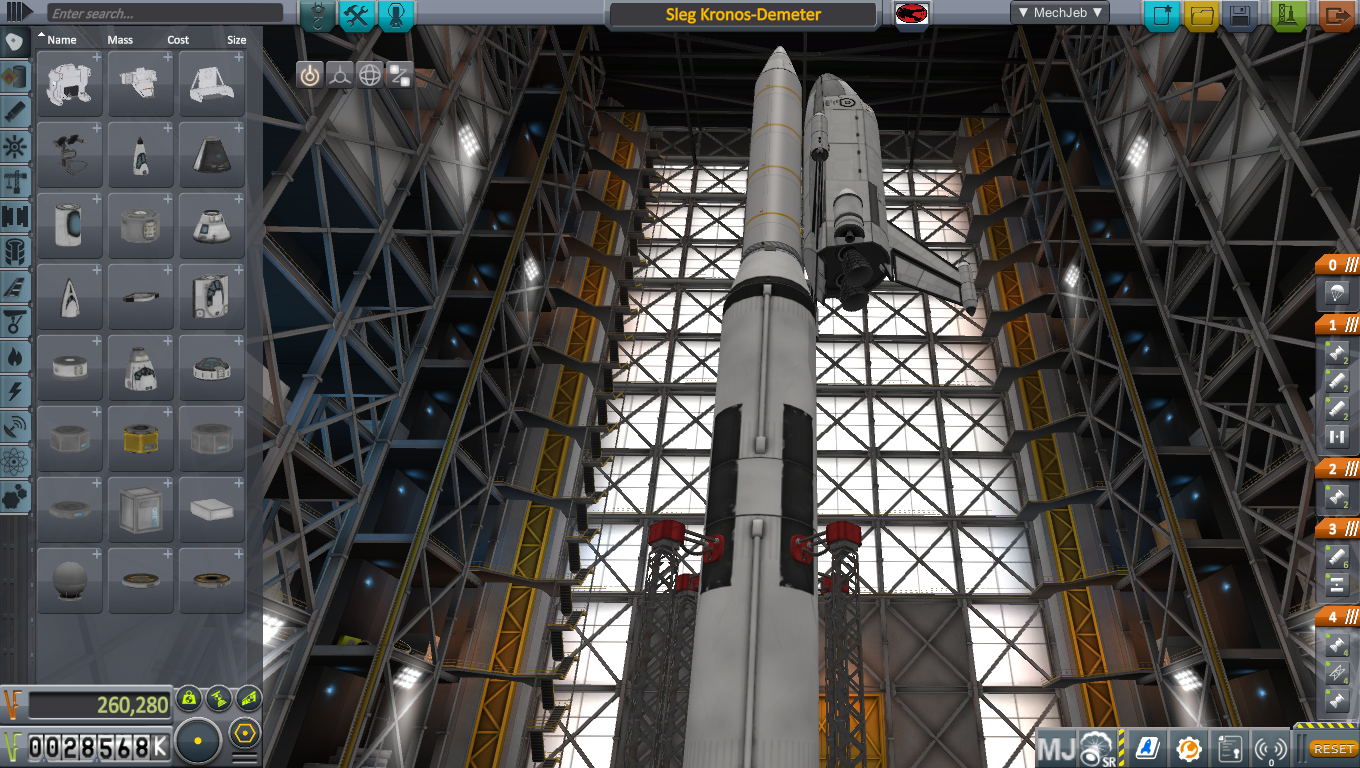 As usual the album is present. This one was made during the last flight to verify all the modifications. 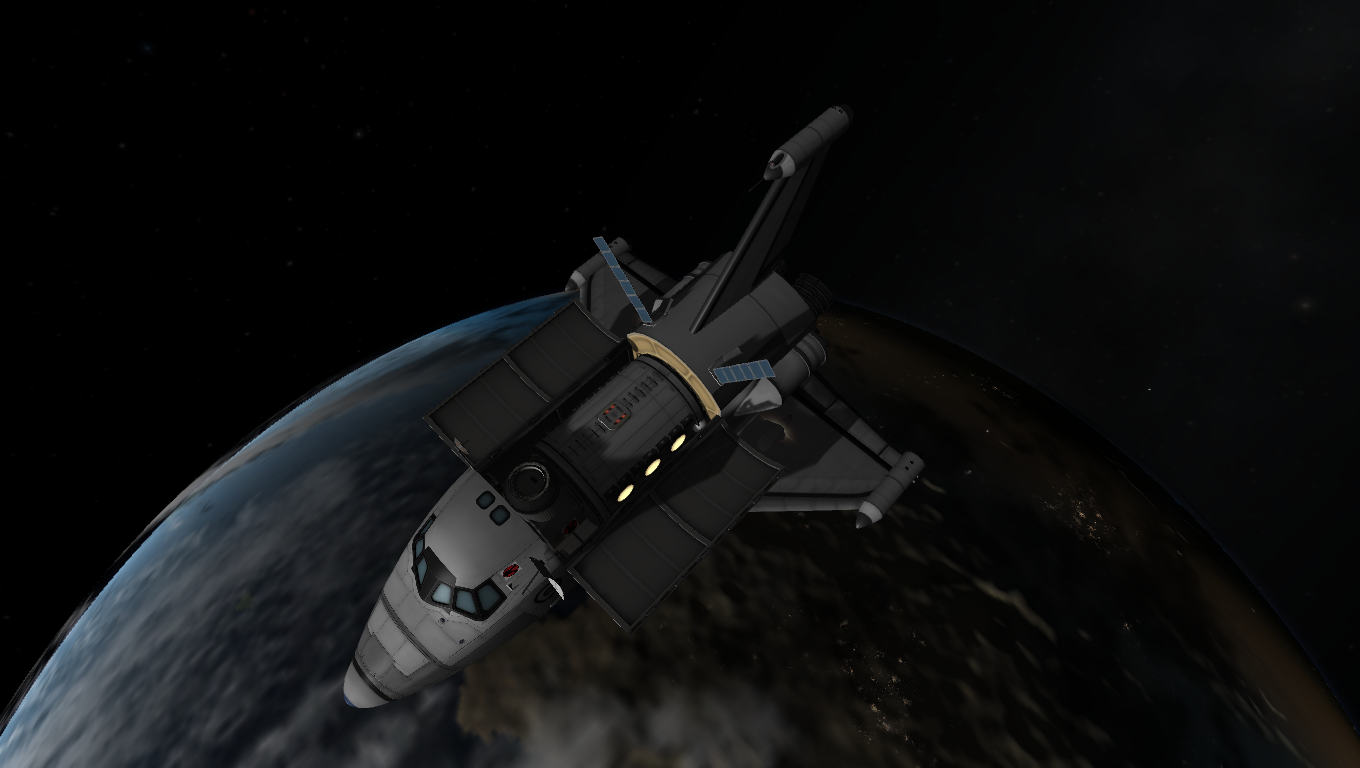 Some minutes after the de-orbiting maneuver 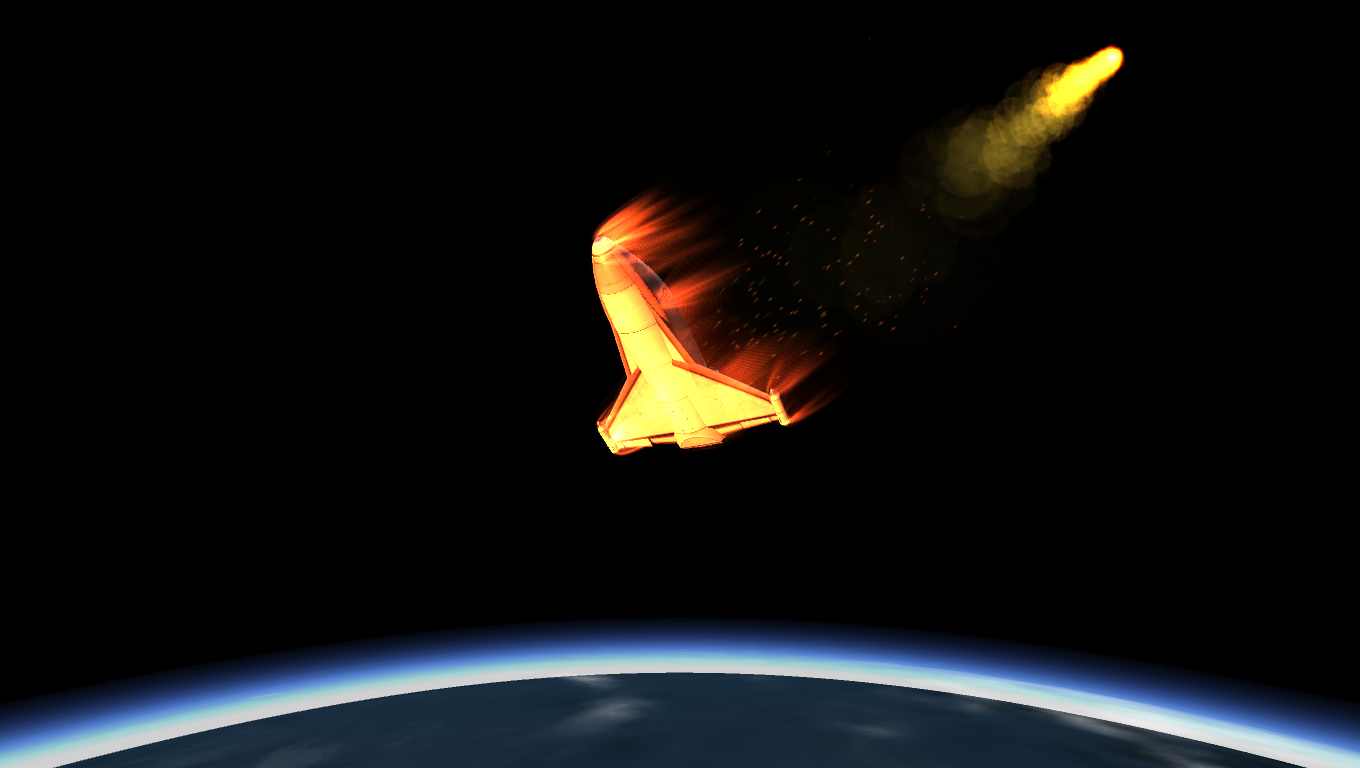 Be sure to performe a perfectly stable re-entry or your kerbonauts will end cooked, and more than medium-well. 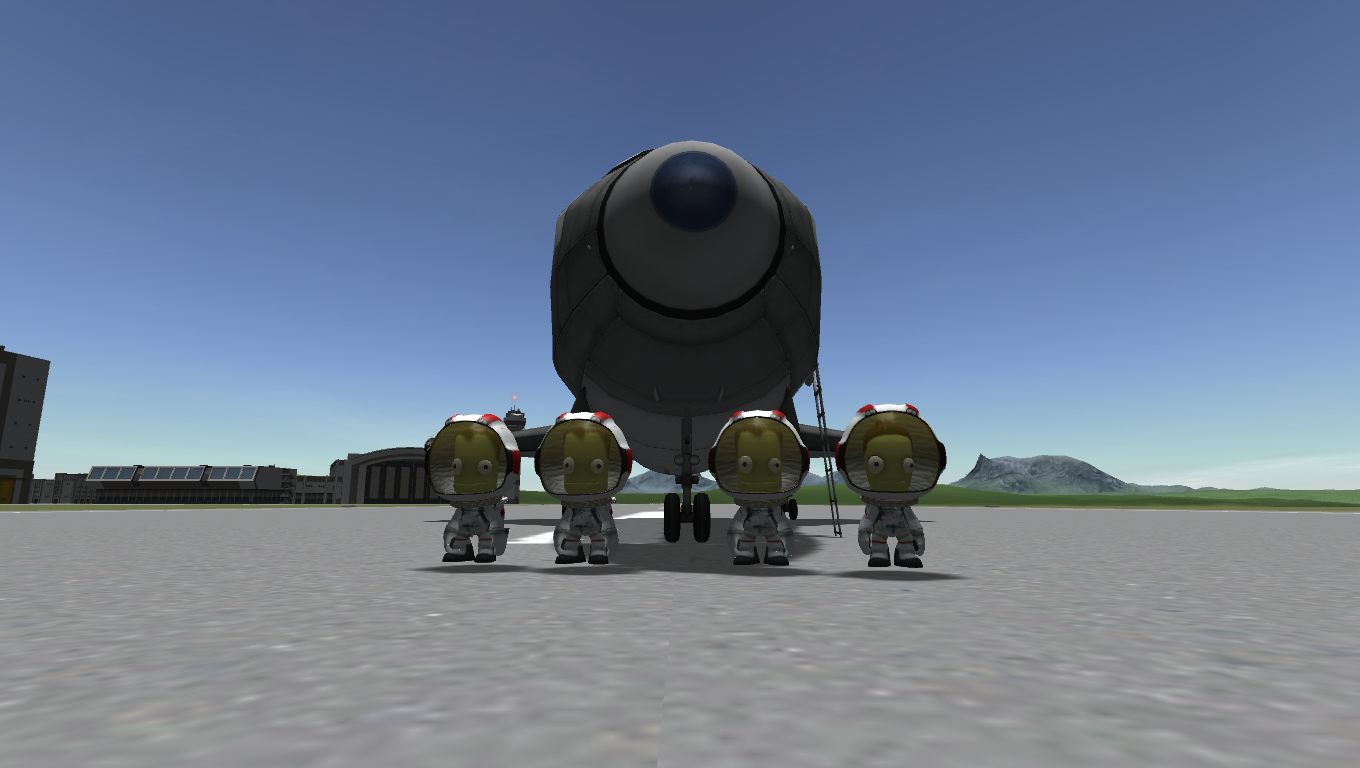