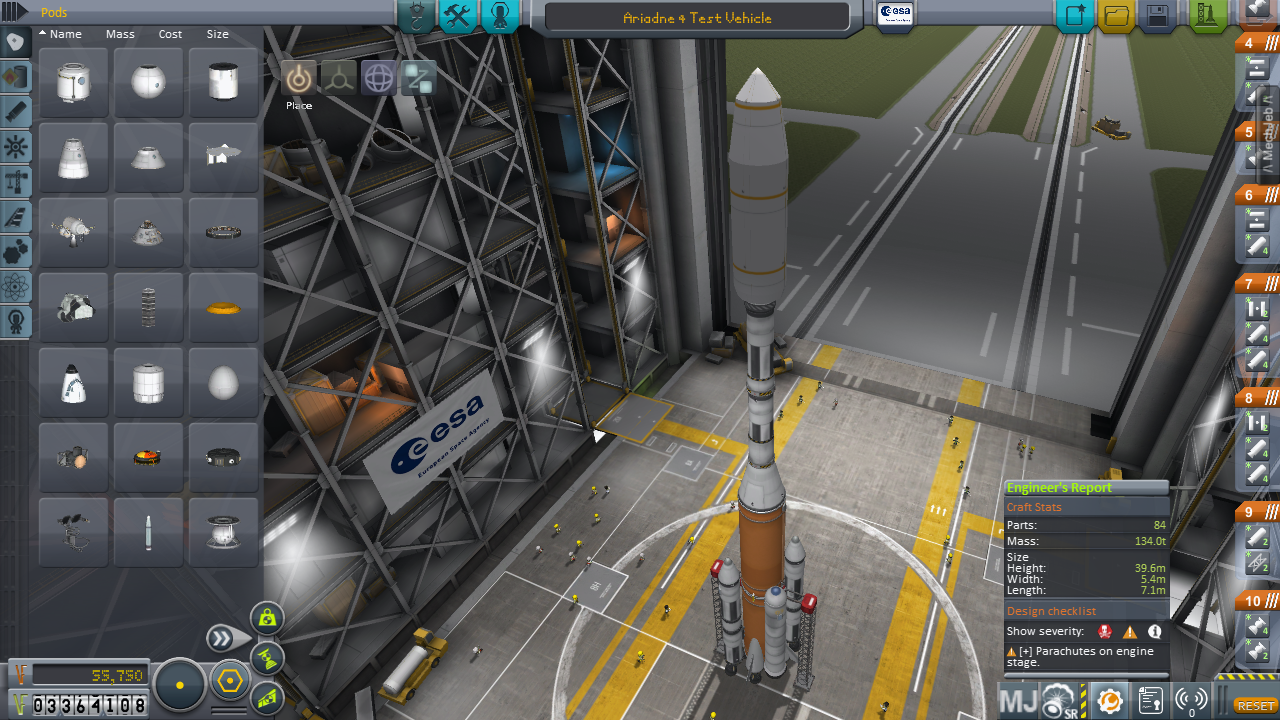 Here comes an Ariane 44LP inspirated launcher.
Full stock it counts just more than 80 parts. Like the real 44LP, Ariadne is coming with her two liquid boosters and a pair of solid (L.P. being Liquide and Poudre). With a mass of 134t she can place about 10 tons on a Keo-stationary orbit. The launcher itself was made to be a subassembly and the satellite coming with was the first payload tried (just as a deadweight).

A stock rocket called Ariadne 4 Test Vehicle (Ariane 44LP). Built with 88 of the finest parts, its root part is HECS2.ProbeCore. 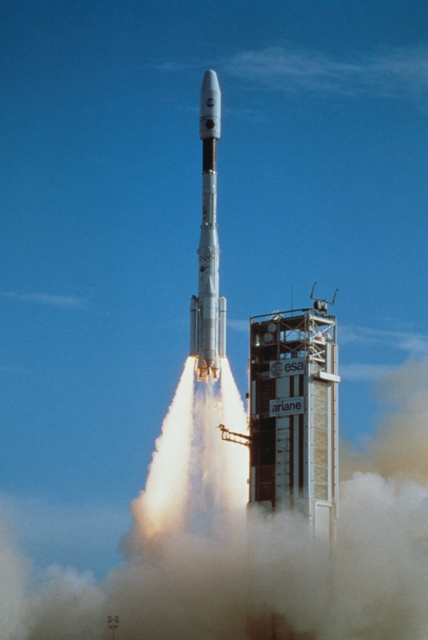