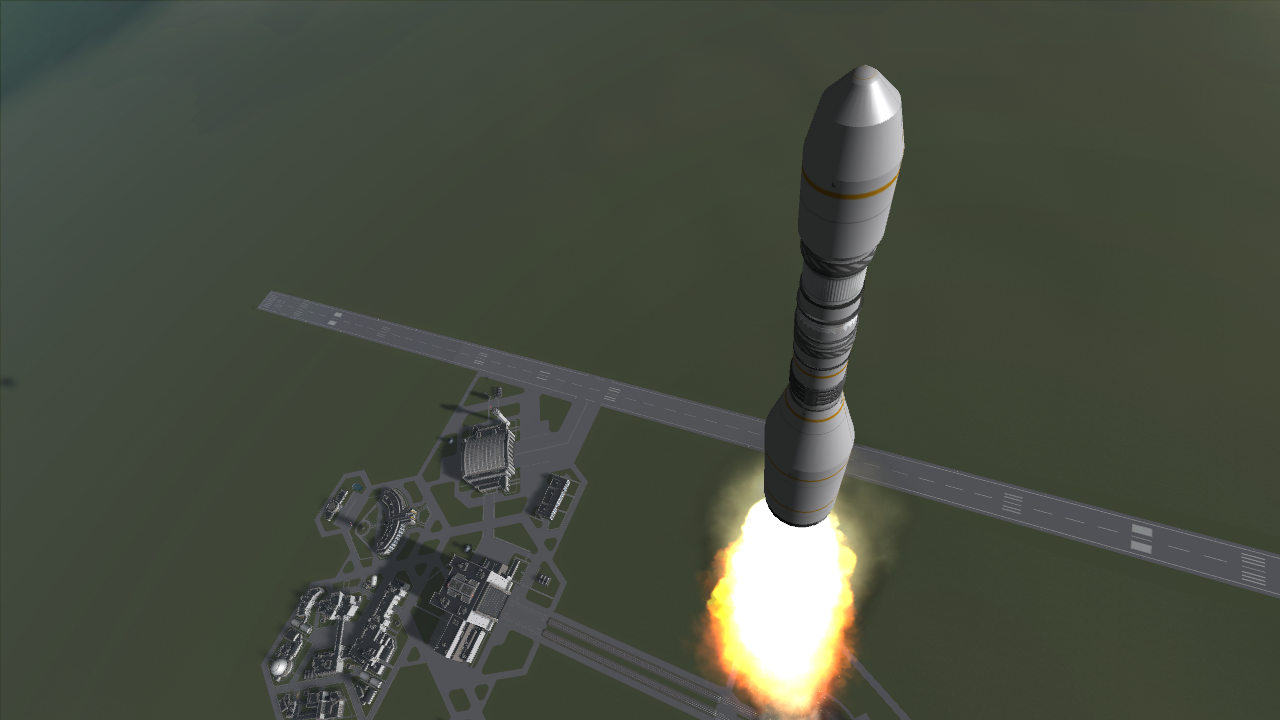 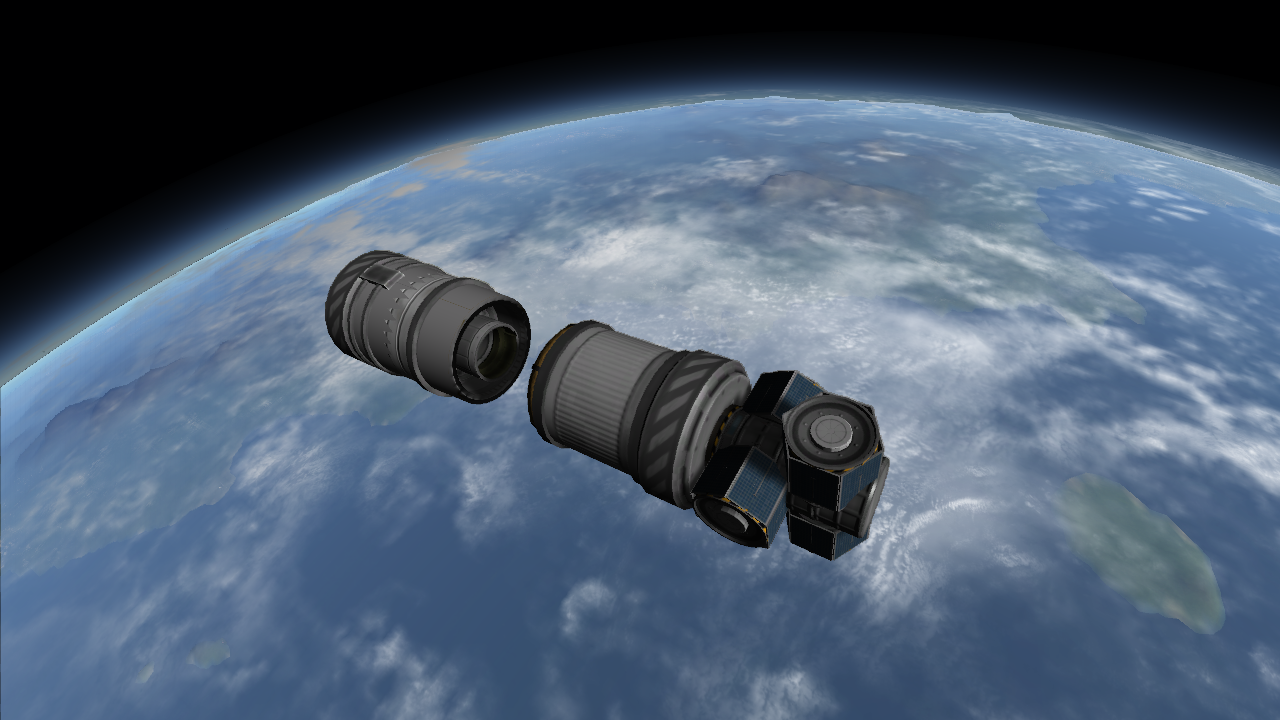 This is a simple craft highly inspired from Vega. Just like the real European launcher, Alpha Lyrae is equipped with a butt-kicking first stage, consisting in four Thumper S.R.B. The second stage is also using solid fuel with three Hammer, while the third is consisting in a single Flea to imitate the real Zefiro 9. The fourth and final stage is a liquid one, using a single Spark with more than 4 km/s available to reach different low to high orbits.
The payload for its part is a small package of four tiny communication satellite, each equipped with a Com 88-88 antenna.

Like Vega, Alpha Lyrae is enjoying a hard thrust-to-weight ratio and is breaking the sound barrier extremely early. However, once the first stage has been separated, I would recommend to control it smoothly, and to adjust your trajectory correctly before initiating the second stage, or you can still reconfigure it to initiate at the same time than the separation (just like in real life, but at the price of having the typical and ugly explosion effect…)

Also, the fourth stage is carrying its own command module and two small batteries to ensure a good guidance, and also its own de-orbiting if enough fuel remains.

A stock rocket called Alpha Lyrae / Erato ComSats. Built with 90 of the finest parts, its root part is probeCoreOcto2. 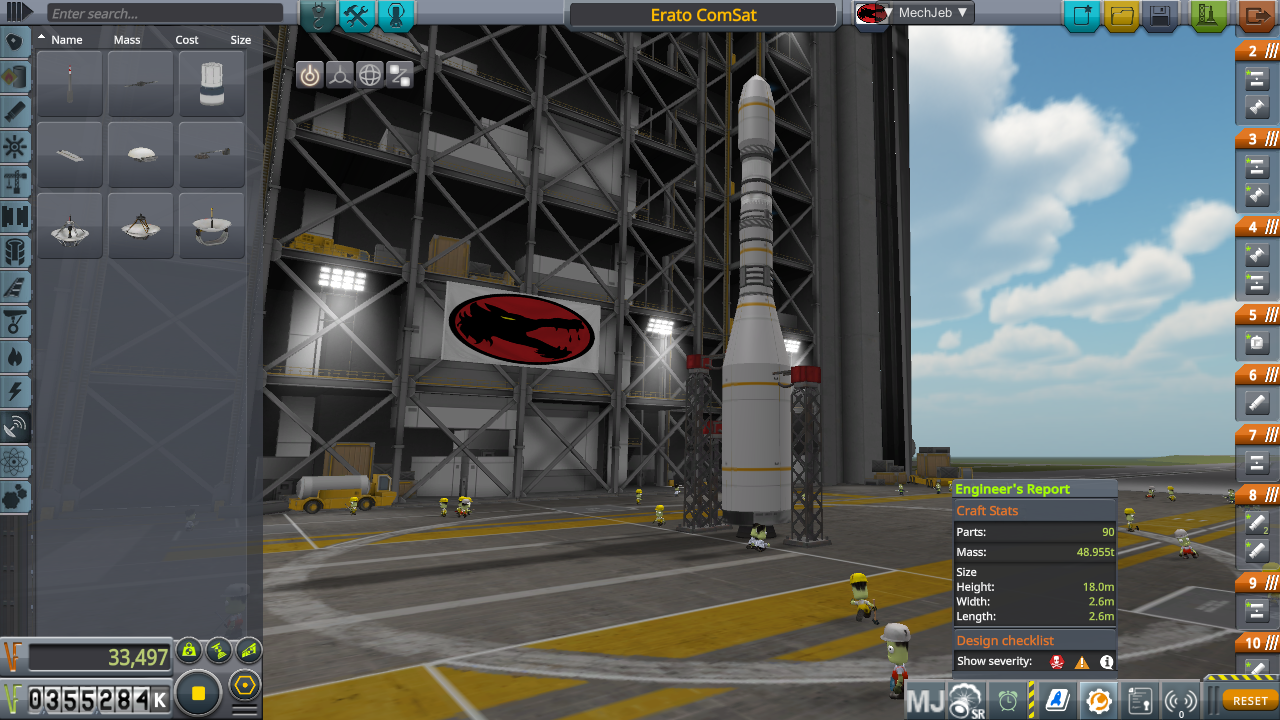 Album of the flight. 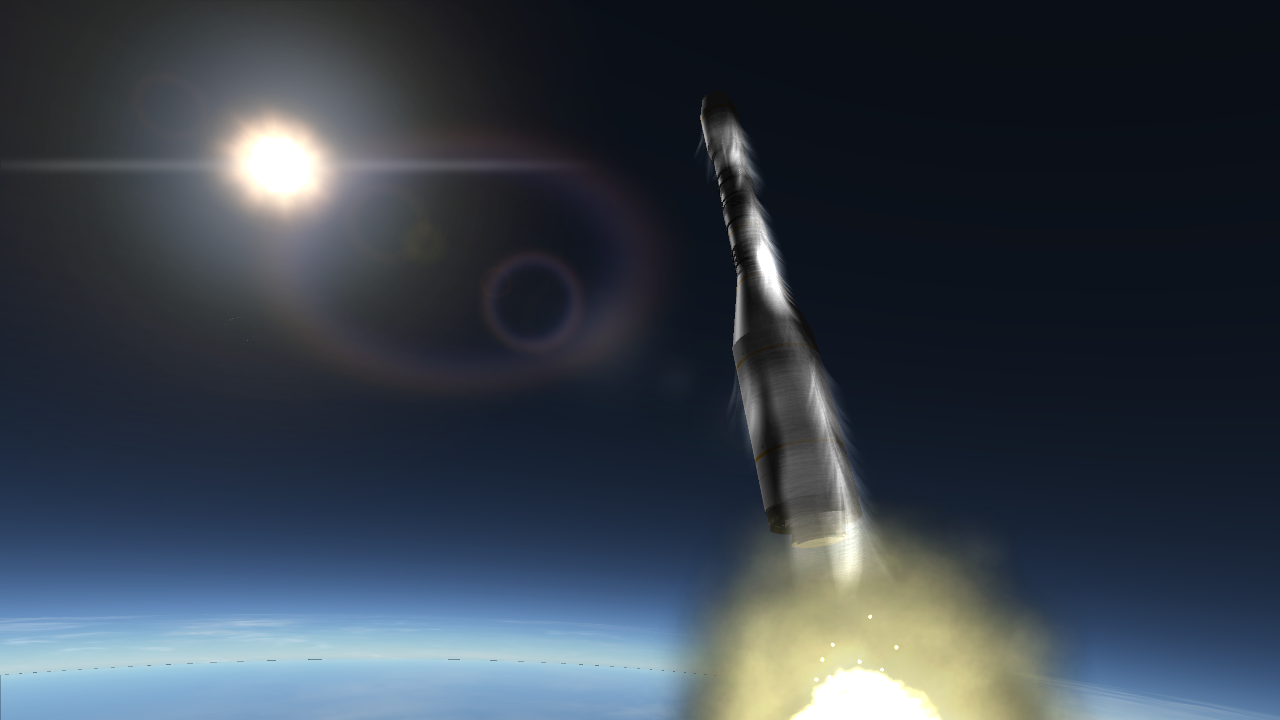 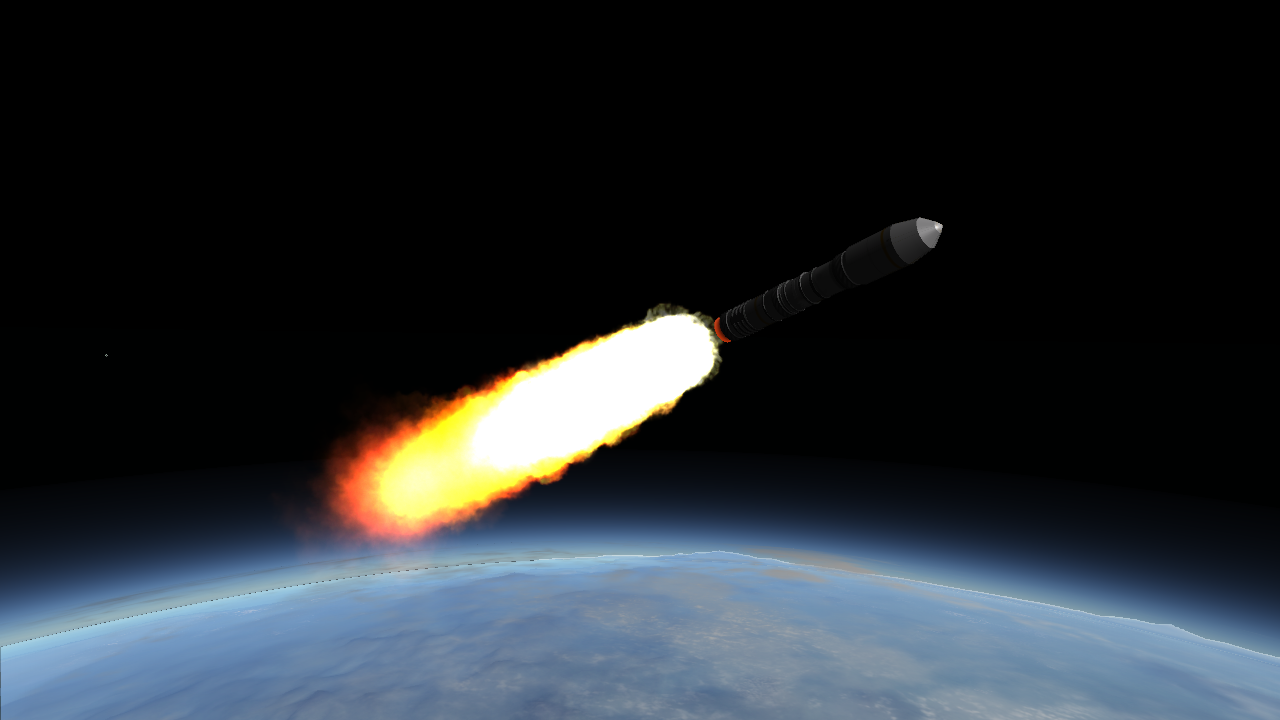 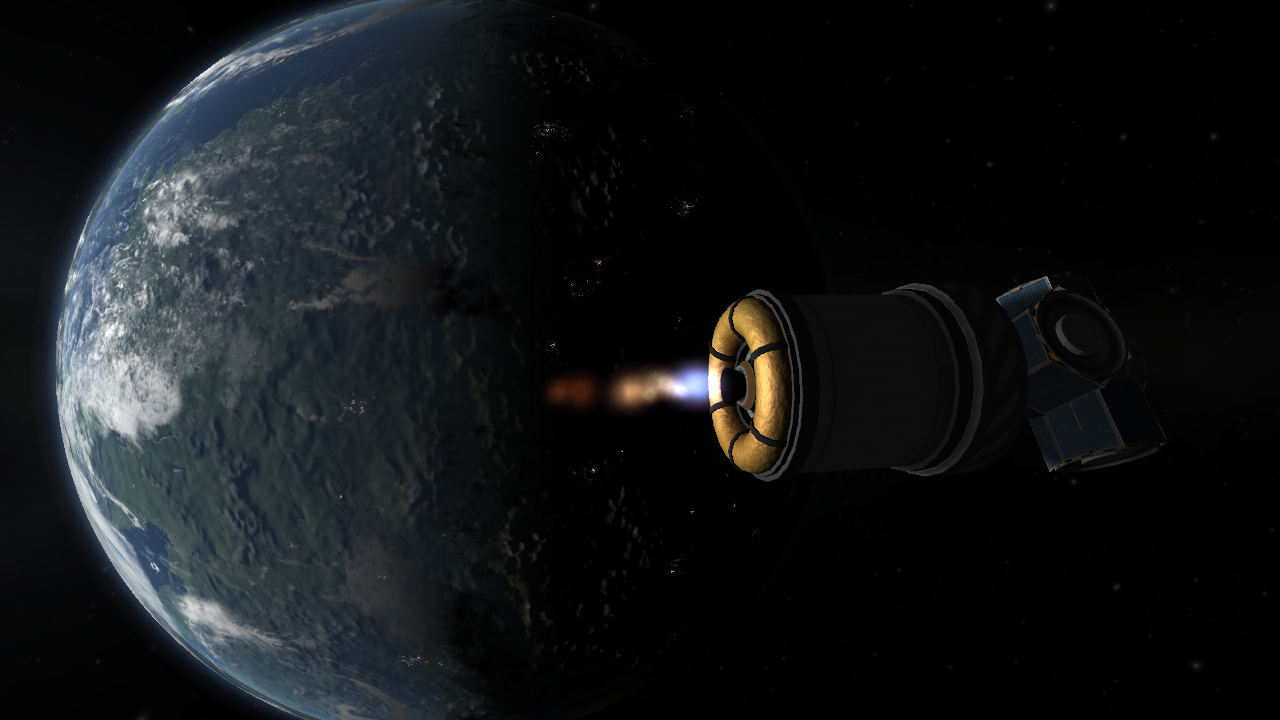 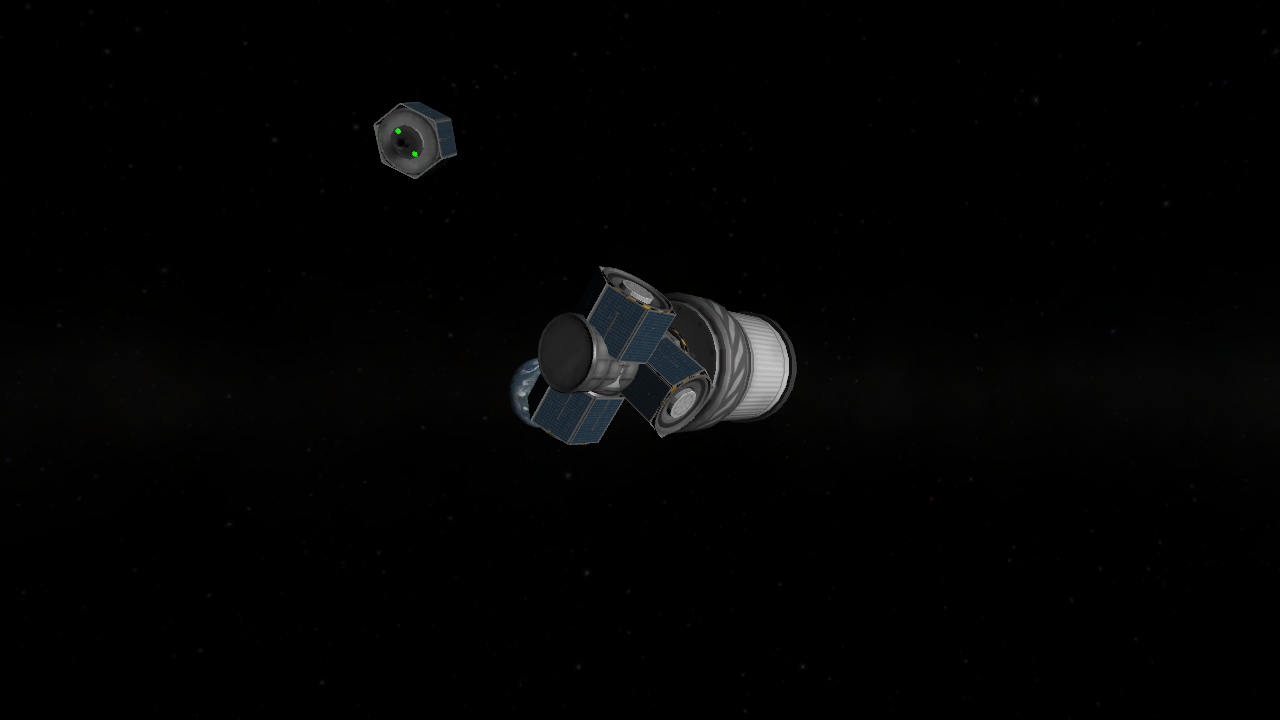 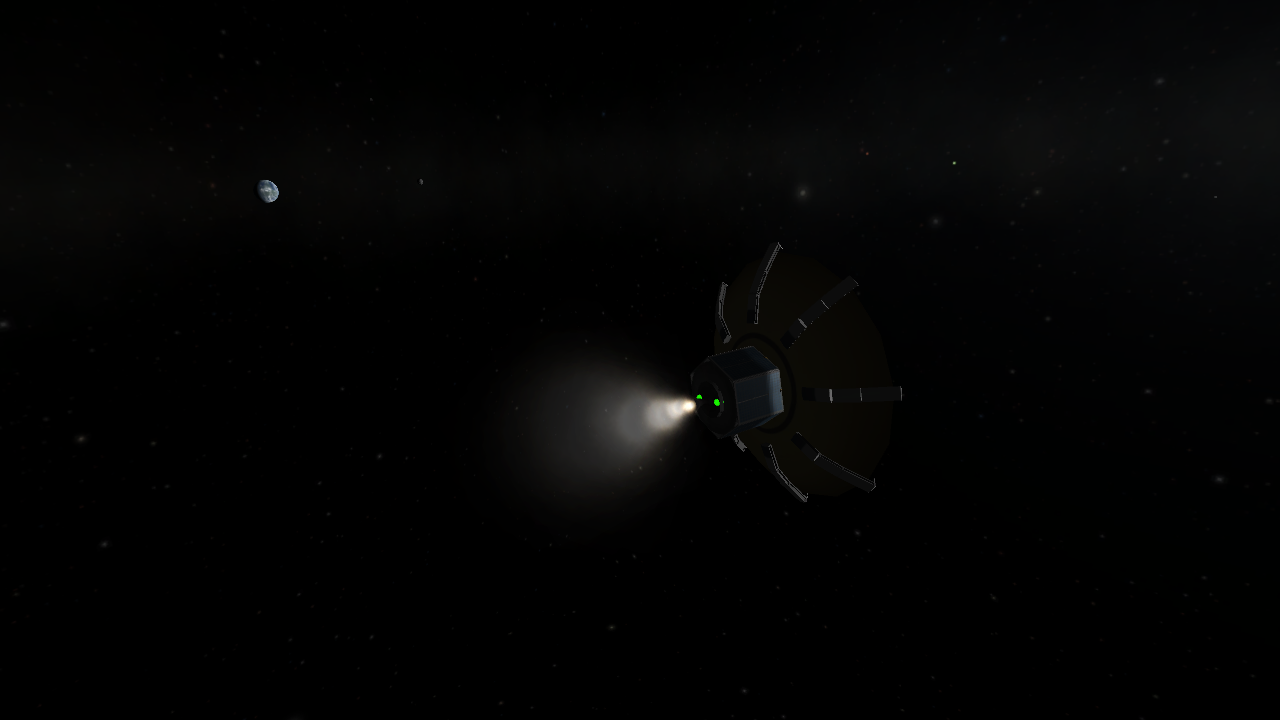 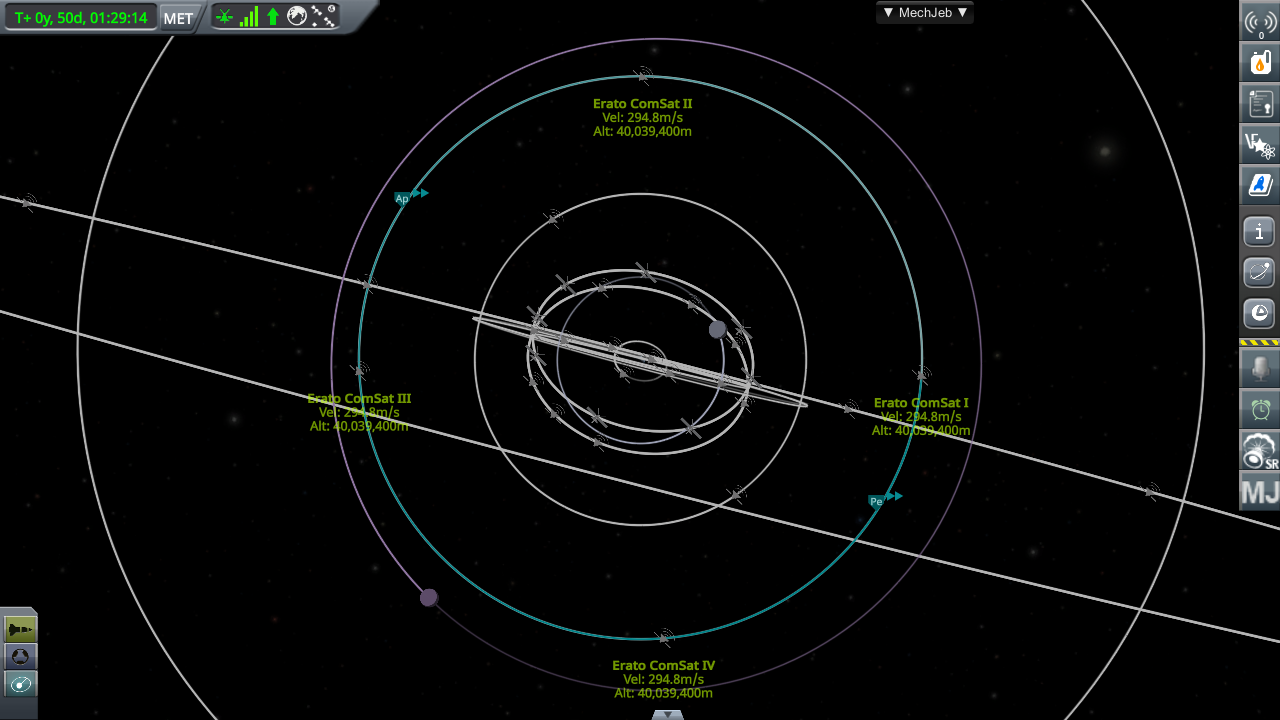