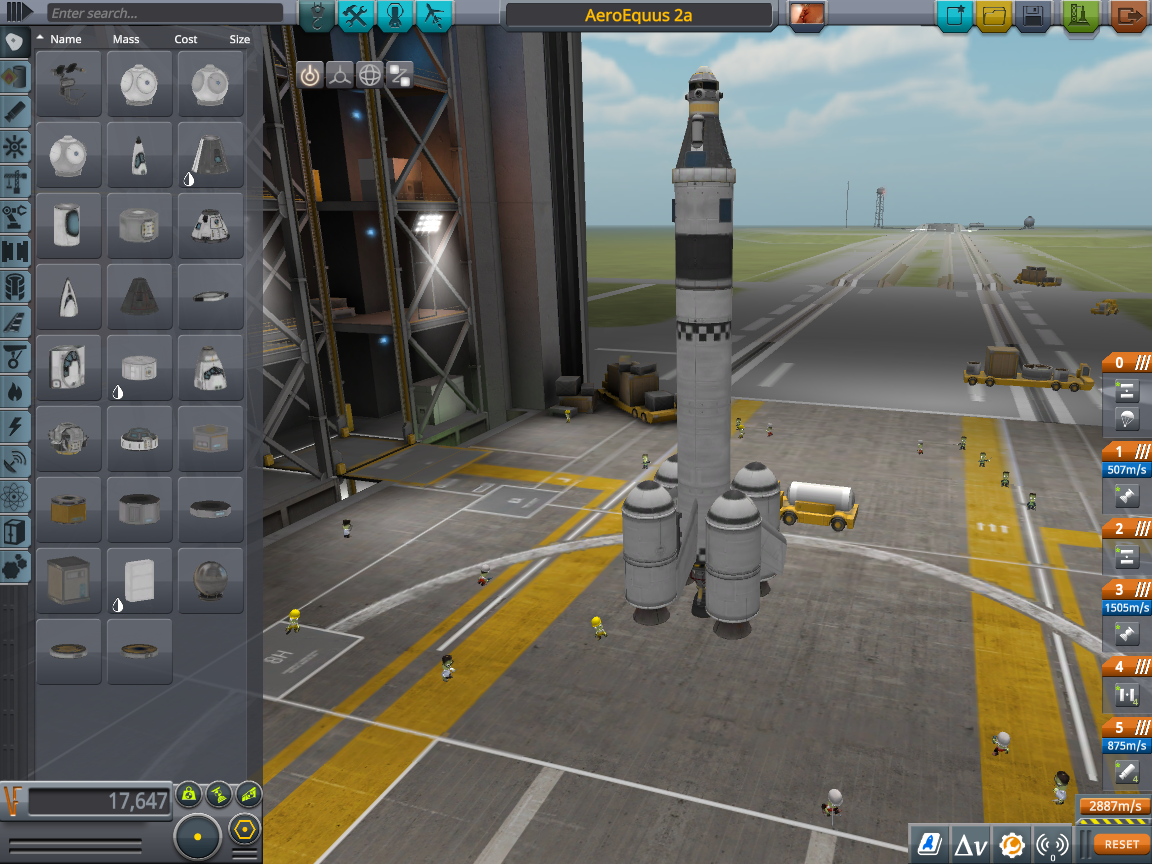 A stock rocket called AeroEquus 2a. Built with 42 of the finest parts, its root part is mk1pod.v2.

The stock AeroEquus rocket that comes with the game is perfectly flyable, but has a number of disadvantages; for instance, there’s no heatshield (so reentries from transmunar space can be a bit toasty), and it has a fairly small battery capacity and no way to recharge the batteries (so you need to be really careful to conserve electricity to avoid running the batteries flat and thereby losing the ability to control the vehicle).