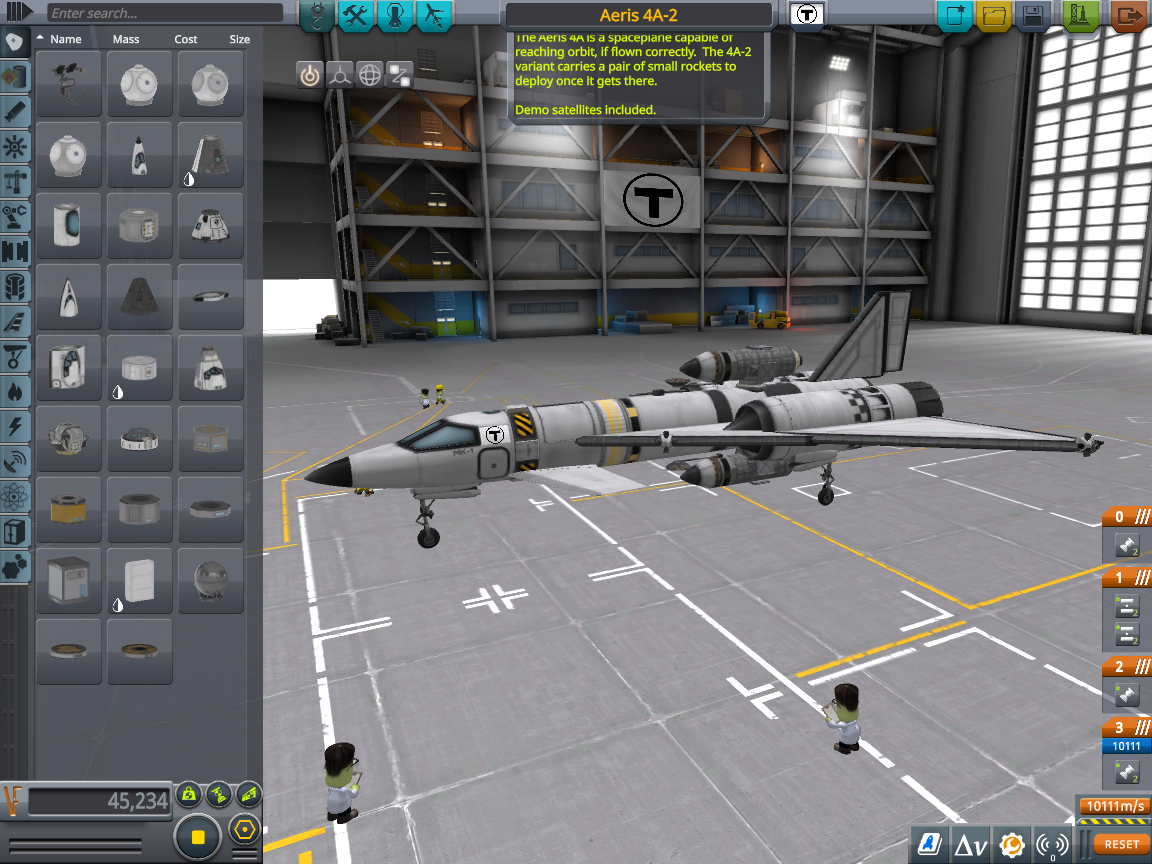 “The Aeris 4A is a spaceplane capable of reaching orbit, if flown correctly. The 4A-2 variant carries a pair of small rockets to deploy once it gets there.

Yep, it’s another modification to the stock Aeris 4A. Where the 4A-1 had one satellite hitching a ride on the Aeris, the 4A-2 has two! One is on top of the fuselage, like with the 4A-1, while the other is mounted on the Aeris’s belly (be careful not to clip anything with it while taking off!). Once in orbit, you can deploy both satellites simultaneously by pressing 2, like with the 4A-1, or you can manually deploy them one at a time (useful if you want to put the two satellites in significantly different orbits but don’t want to use up some of their propellants to get them there).

As with the 4A-1, the satellites’ antennae and solar panels can be deployed by pressing 1 once clear of the Aeris. These satellites are almost exactly the same as the one carried by the 4A-1 (the only difference is that the mounting for the central solar array has been recessed slightly into the satellite body in order to keep the central array on the belly-mounted satellite from scraping the ground during takeoff), and, like it, can be used as low-power comms relays for starting up a network around - say - Minmus.

A stock aircraft called Aeris 4A-2. Built with 70 of the finest parts, its root part is Mark1Cockpit.