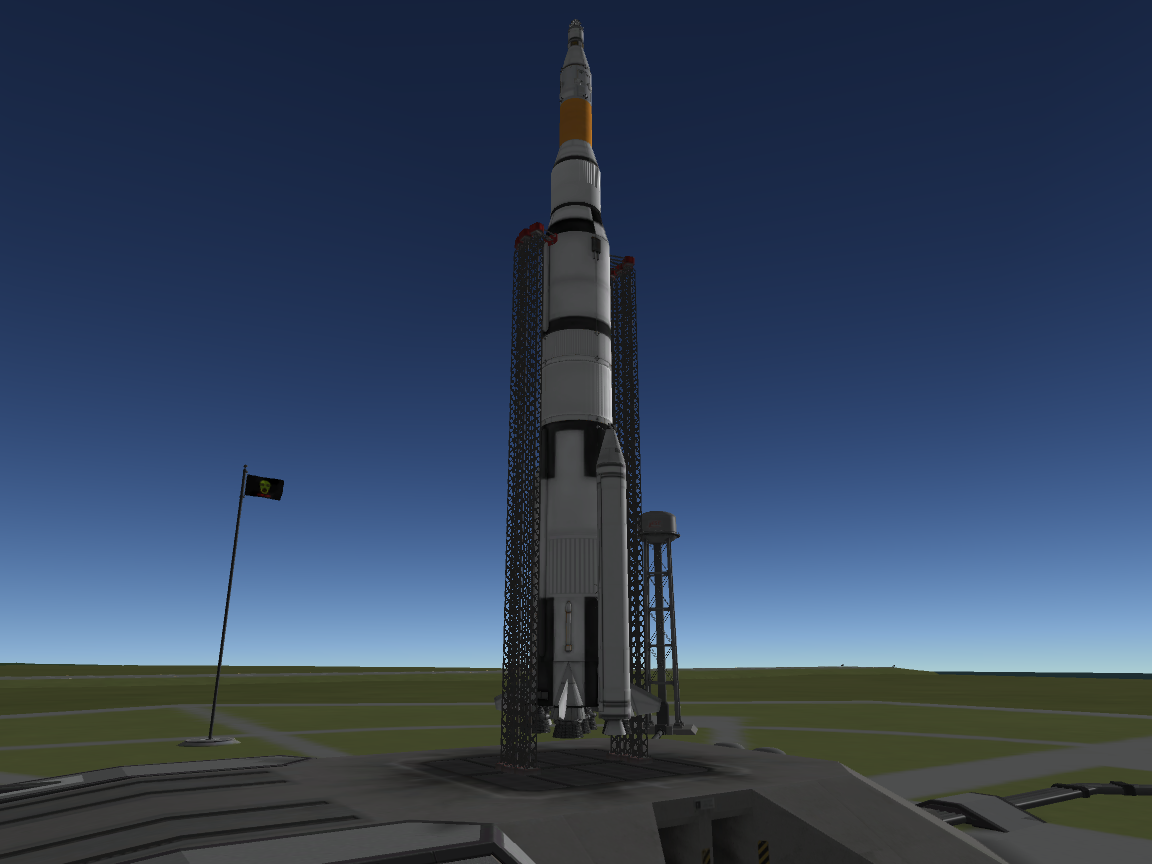 This titanic uncrewed rocket, derived from the Acapello Mun rocket, is optimised for duty as a super-heavy tanker.

A stock rocket called Acatanker. Built with 249 of the finest parts, its root part is probeStackSmall.

Taking the Acapello H‘s theme a step further, the Acatanker dispenses with crew entirely, replacing the crew capsule and ancillaries with more storage for fuel and oxidiser. The control functions are exercised by a Steadler RGU just below the top of the stack. To improve the aerodynamics of the blunt top end of the rocket, a nose cap is attached to the nose docking port, to be blown off when high enough that its mass penalty outweighs its drag-reduction advantage.