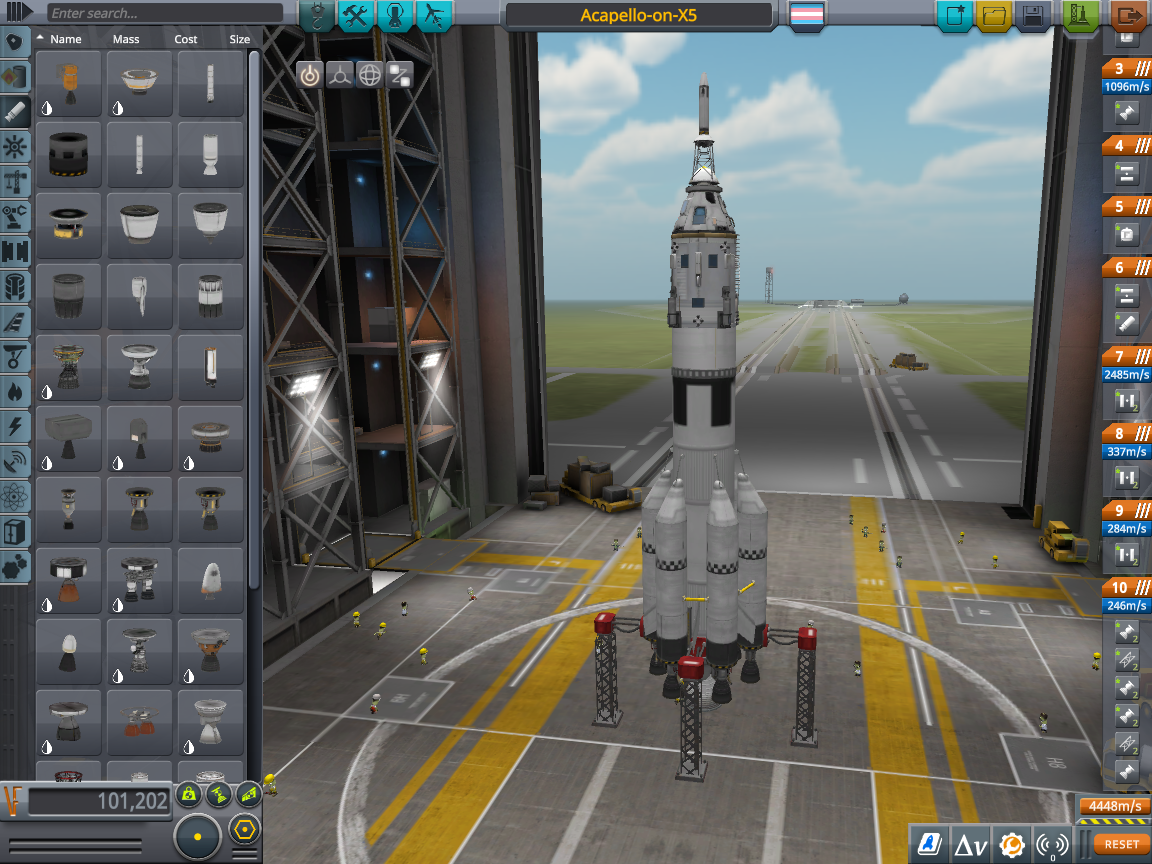 This rocket consists of a modified Acapello command and service module launched on top of the X5 variant of the Kerbal X booster, allowing the CSM to be tested, and even to land on the munar surface, without having to use the full, expensive Acapello booster. As a result, it’s much cheaper, but can’t carry another lander along with it, and has a considerably lower delta-V budget.

A stock rocket called Acapello-on-X5. Built with 144 of the finest parts, its root part is Separator.2.

As the name indicates, it uses the booster from the Kerbal X5. Just like with the X5’s original payload, it has more than enough Δv to land the Acapello CSM, even heavily modified for said landing, on the munar surface with enough fuel left to safely return to Kerbin.