Or find other craft;
- made by Whoop_whoop_pull_up
- that are also pure stock
- that have a similar part count
Hangars that contain this craft
Reboostered Acapellos 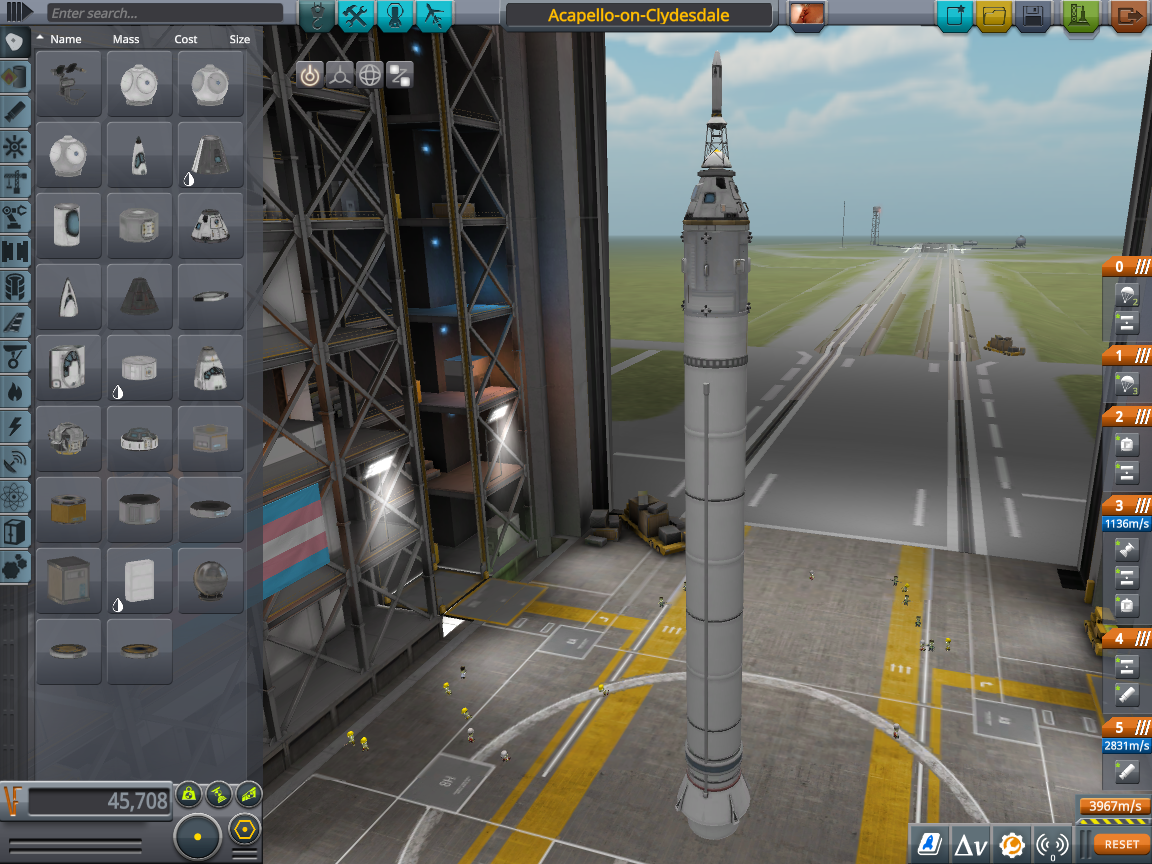 Yet another SRB-boosted Acapello, this time with the powerful Clydesdale booster. The Clydesdale’s very high thrust and long burn time make it a bit tricky to make full use of the Clydesdale’s Δv: too steep, and much of the burn is wasted lofting the vehicle rather than getting it up to orbital speed; too shallow, and the vehicle suffers high losses from aerodynamic drag and experiences severe shock compression heating, potentially causing parts to burn off during ascent.

The optimal trajectory appears to be to lift off, gravity-turn fairly aggressively (start turning at ~50 m/s, reach +70° by 100 m/s, hold this pitch attitude until the velocity vector drops through +70°, then let the nose follow the velocity vector) but not too much so (to keep the vehicle’s flightpath angle from becoming overly shallow and sending the vehicle through the dense lower atmosphere at high speed), and then, once above 15 km altitude or so, pitching down to point the vehicle’s nose - and, thereby, its thrust vector - below its velocity vector (to minimise lofting and keep the vehicle from gaining too much altitude at the expense of horizontal speed).

A couple things to note:

Built with 59 of the finest parts, its root part is LiquidEngineLV-T91.