Or find other craft;
- made by Whoop_whoop_pull_up
- that are also pure stock
- that have a similar part count
Hangars that contain this craft
Acapello Derivatives 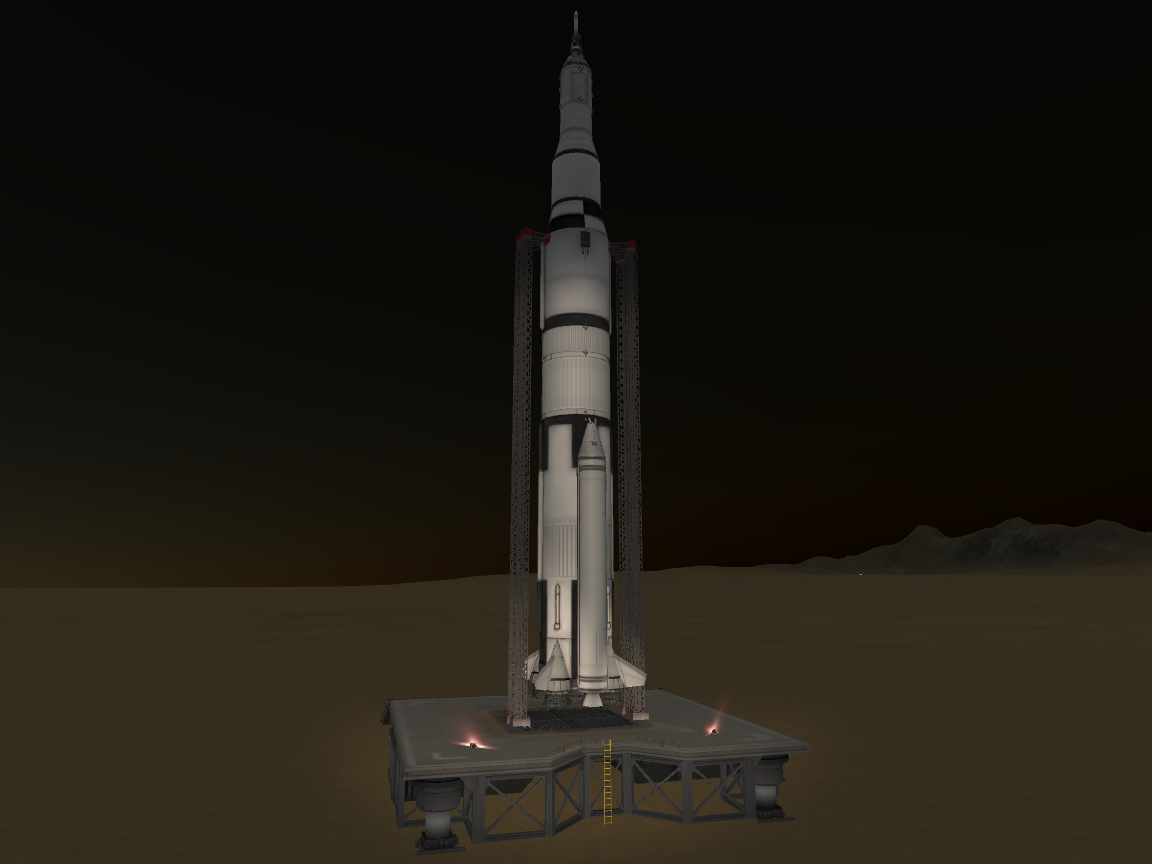 This titanic rocket, based on the Acapello Mun rocket, is optimised for duty as a super-heavy tanker. It has an all-new, much-larger upper stage, powered by a powerful yet efficient Rhino engine, while the first stage has been cut back somewhat so that the first batch of heavy tankage can be emptied and jettisoned as soon as possible during ascent. The Acapello’s munar lander has been eliminated, as it isn’t needed when we’re not planning to land on the Mun, while RCS thrusters have been added to the lower structure of the second stage to enable fine manoeuvring when rendezvousing and docking with a refuelee.

As is common for embiggened Acapellos, the rocket’s first-and-second-stage thrust-to-weight ratios are on the low side. A pair of strap-on Pollux SRBs help the vehicle along during early first-stage flight; to compensate for the low second-stage TWR, the vehicle should be flown on a fairly-steep, well-lofted first-stage trajectory, and kept pitched up (with its nose above - quite possibly well above - its velocity vector) to keep it from sinking back into the atmosphere during second-stage flight.

A stock rocket called Acapello H. Built with 234 of the finest parts, its root part is LiquidEngineLV-T91.