Or find other craft;
- made by Whoop_whoop_pull_up
- that are also pure stock
- that have a similar part count 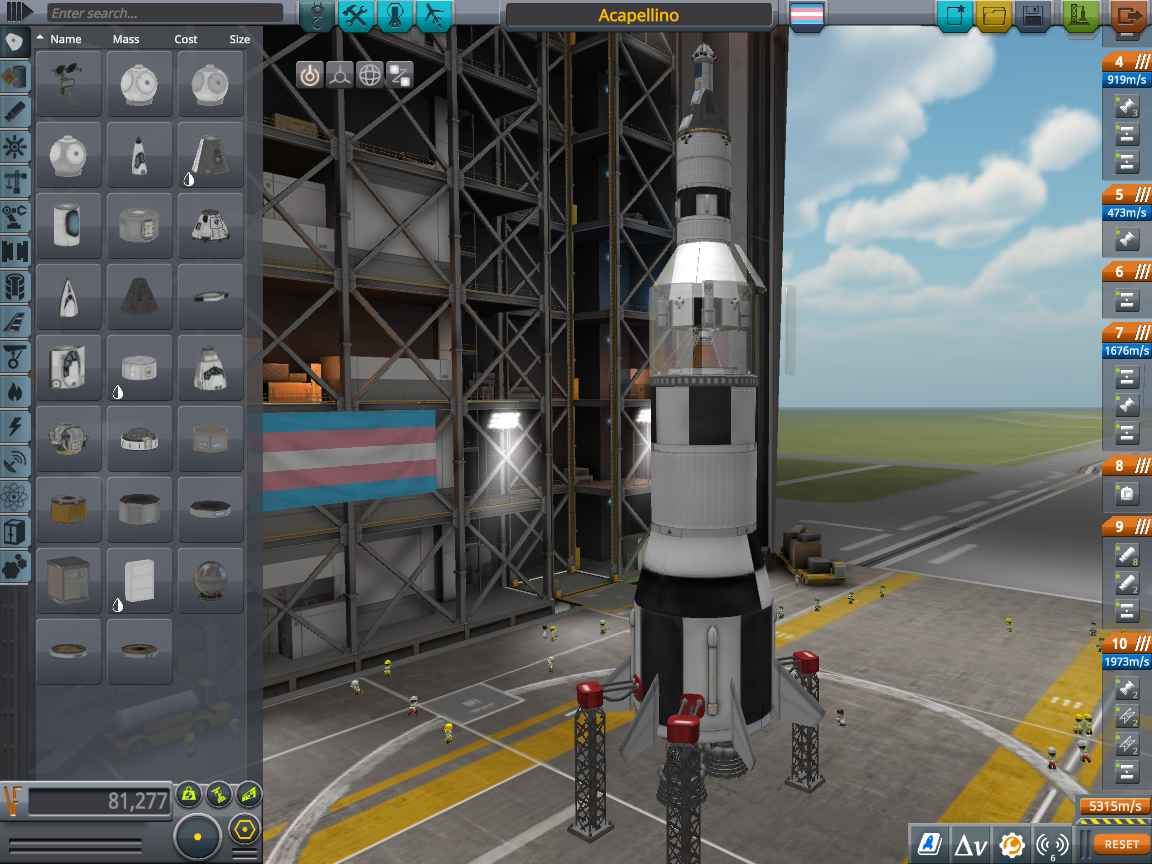 Left: the Acapellino going from the VAB to orbit of Kerbin.

This large rocket can propel its spacecraft to the Mun or Minmus with ease..

A stock rocket called Acapellino. Built with 120 of the finest parts, its root part is Decoupler.1p5.

It’s inspired by, though not strictly modelled after, the real-life Lunar Gemini proposals to land an astronaut on the moon in a lightweight command-module-cum-lander made from a modified Gemini capsule; I took the basic capsule and service module design from the Goliath II HLV (the KSP equivalent of the Gemini-Titan vehicle), but the Acapellino rocket is an entirely new design, and the capsule’s been outfitted with a rudimentary launch escape system (consisting of an aerodynamic nosecap with a bunch of sepratrons attached to it, mated to the capsule’s nose docking port; press 3 to jettison the nosecap and attached sepratrons once you’re high and fast enough that you can abort successfully without needing the escape system).

It can easily get to the surface of the Mun and back with plenty of Δv to spare, and is pretty overpowered for a mission to Minmus; bottom line, it can get you pretty much anywhere within at least the Kerbin system. 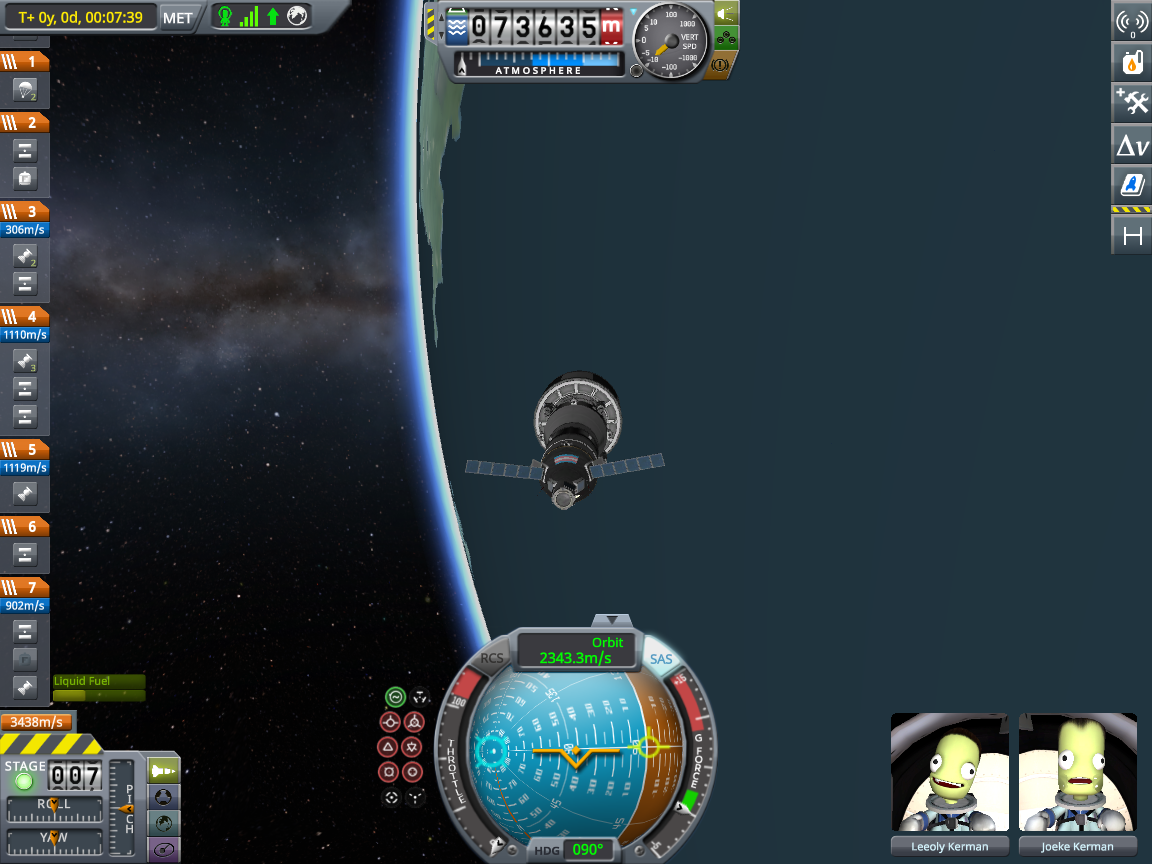 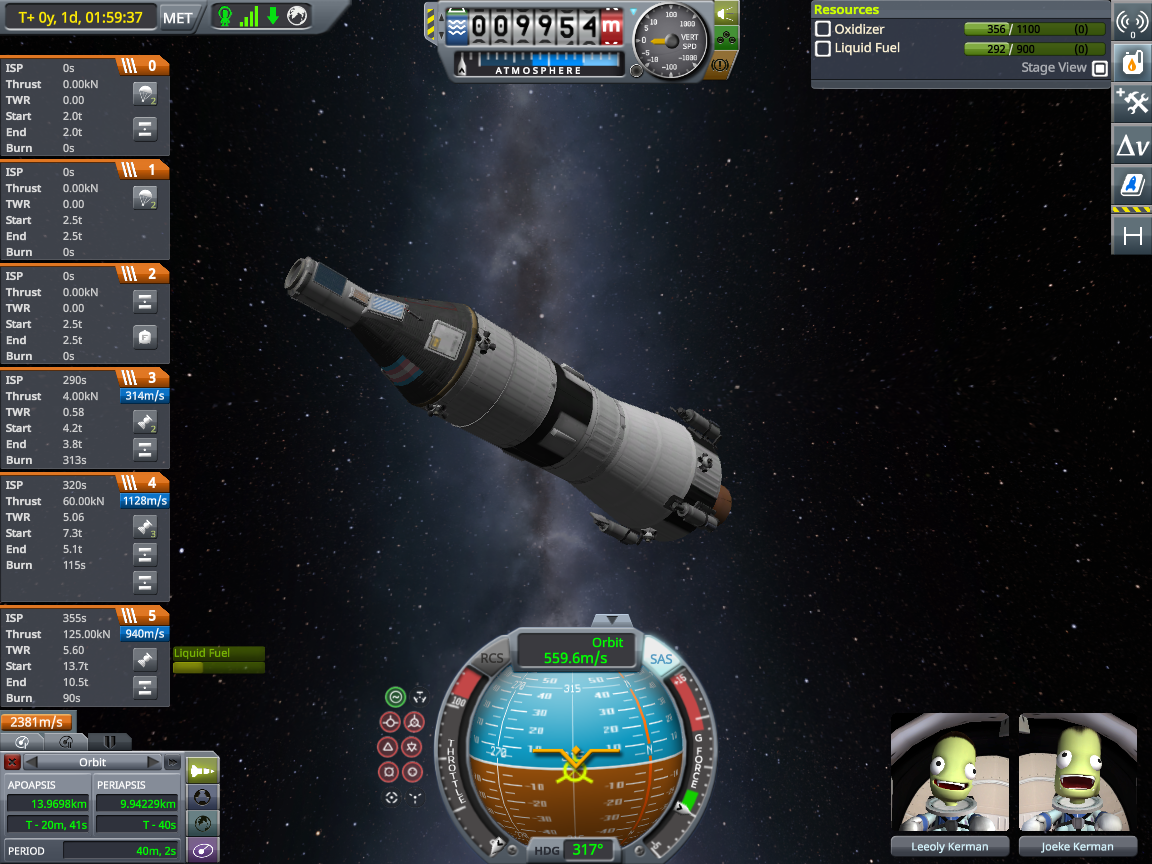 Right: the Acapellino checking out in munar orbit. 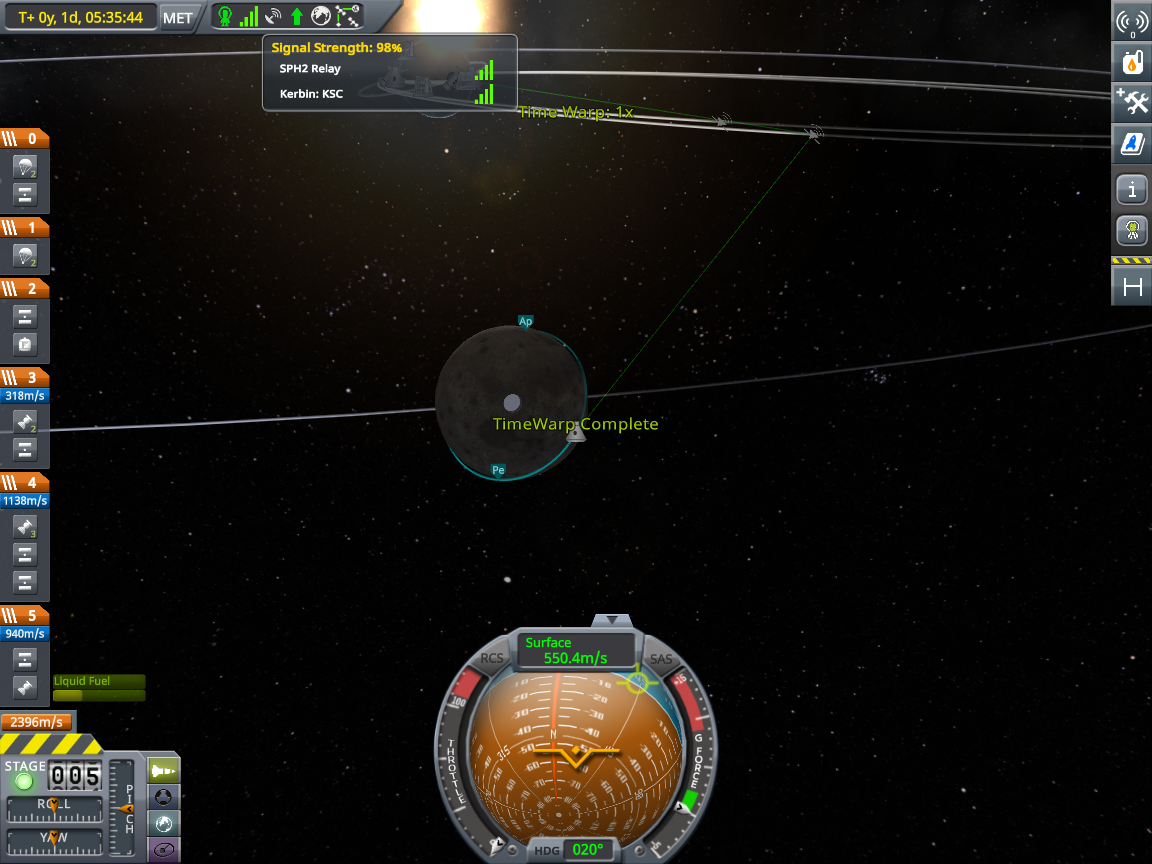 Left: Descent, landing, and science-gathering on the Mun.

Below: the journey home. 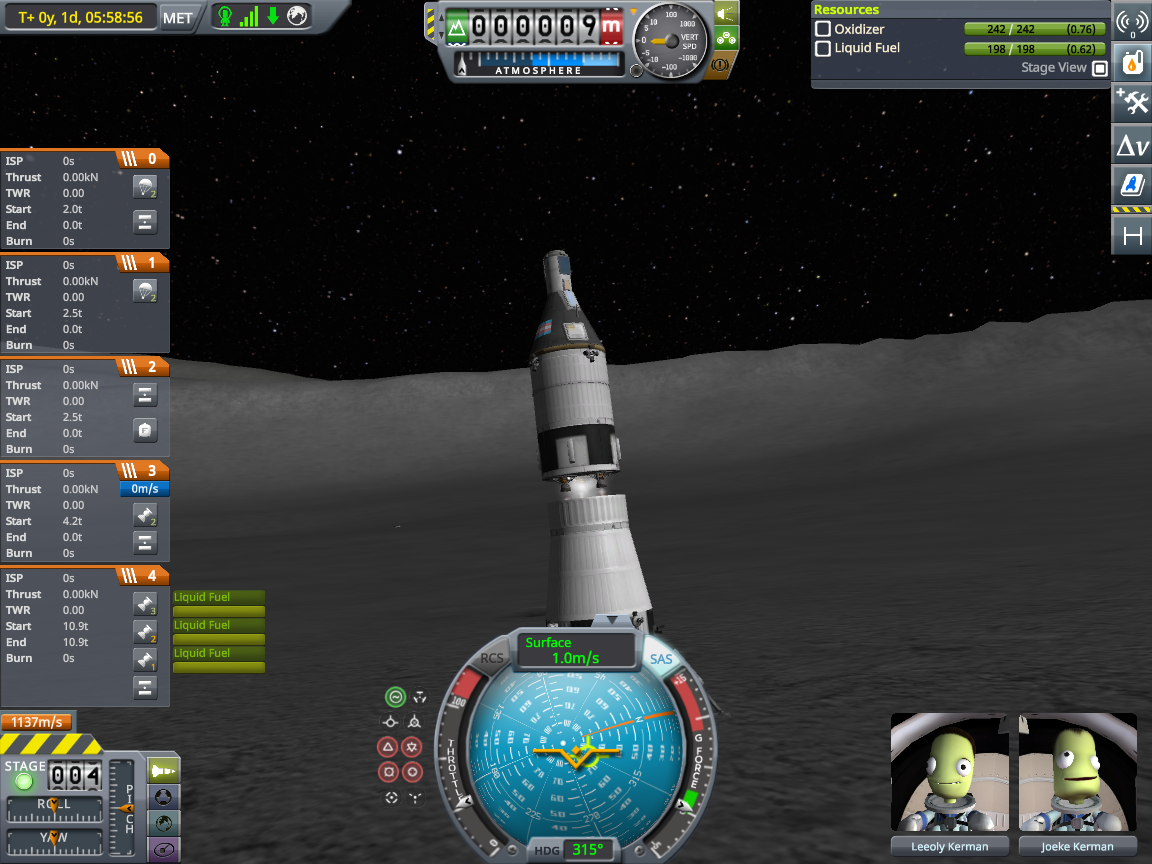