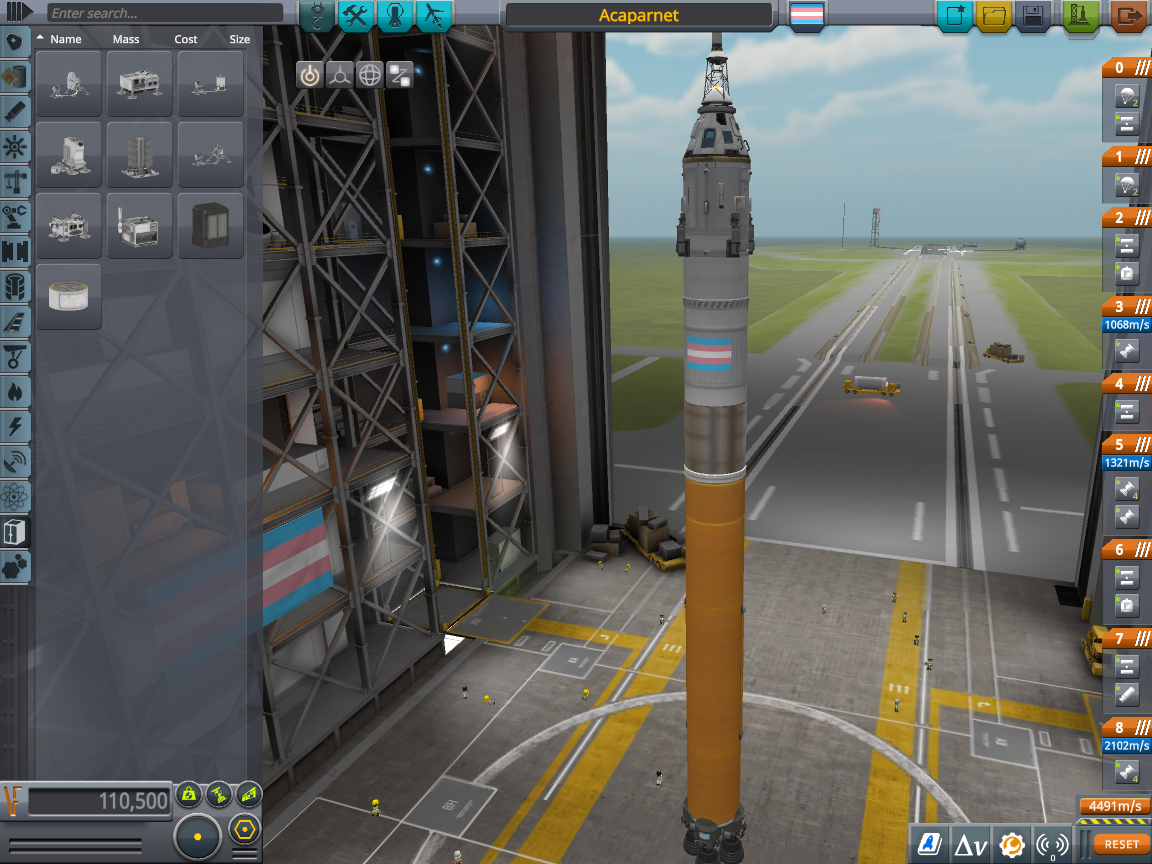 Instead of using a huge (and expensive!) Acapello rocket to carry separate CSM and MEM craft to the Mun (requiring multiple rendezvouses in orbit), this craft simply puts landing legs on the CSM (okay, those aren’t the only modification - far from it, actually) and propels it to the Mun using the first two stages of the Garnet booster, eliminating the need to drag around the mass of an MEM and its fuel.

A considerable portion of the Acaparnet’s total cost comes from the various scientific instruments bolted onto the service module and from the surface-deployable science cargo in the two cargo containers attached to the SM’s aft bulkhead; if all the science stuff were stripped out, the Acaparnet would come in at well under 100,000 funds.

The Acaparnet uses only the first two stages of the original Garnet; the D-Block third stage has been removed, as the CSM’s own engine and fuel fill that role.

A stock rocket called Acaparnet. Built with 120 of the finest parts, its root part is HeatShield2.