Upload Craft
about
dev_blog
sign up
login
next
previous
back back
An Admiral 3.1

try not to crash it
Note: this was made in KSP v1.2.0 - It may not function as intended in KSP 1.10.1
This craft has been added to your downloads queue. Use the KX Mod to fetch it when you are next in KSP. Enable deferred downloads to make this the default way to download.
Download craft with the KerbalX Mod
how to install
re-download

Or find other craft;
- made by VodkaPutin
- that are also pure stock
- that have a similar part count 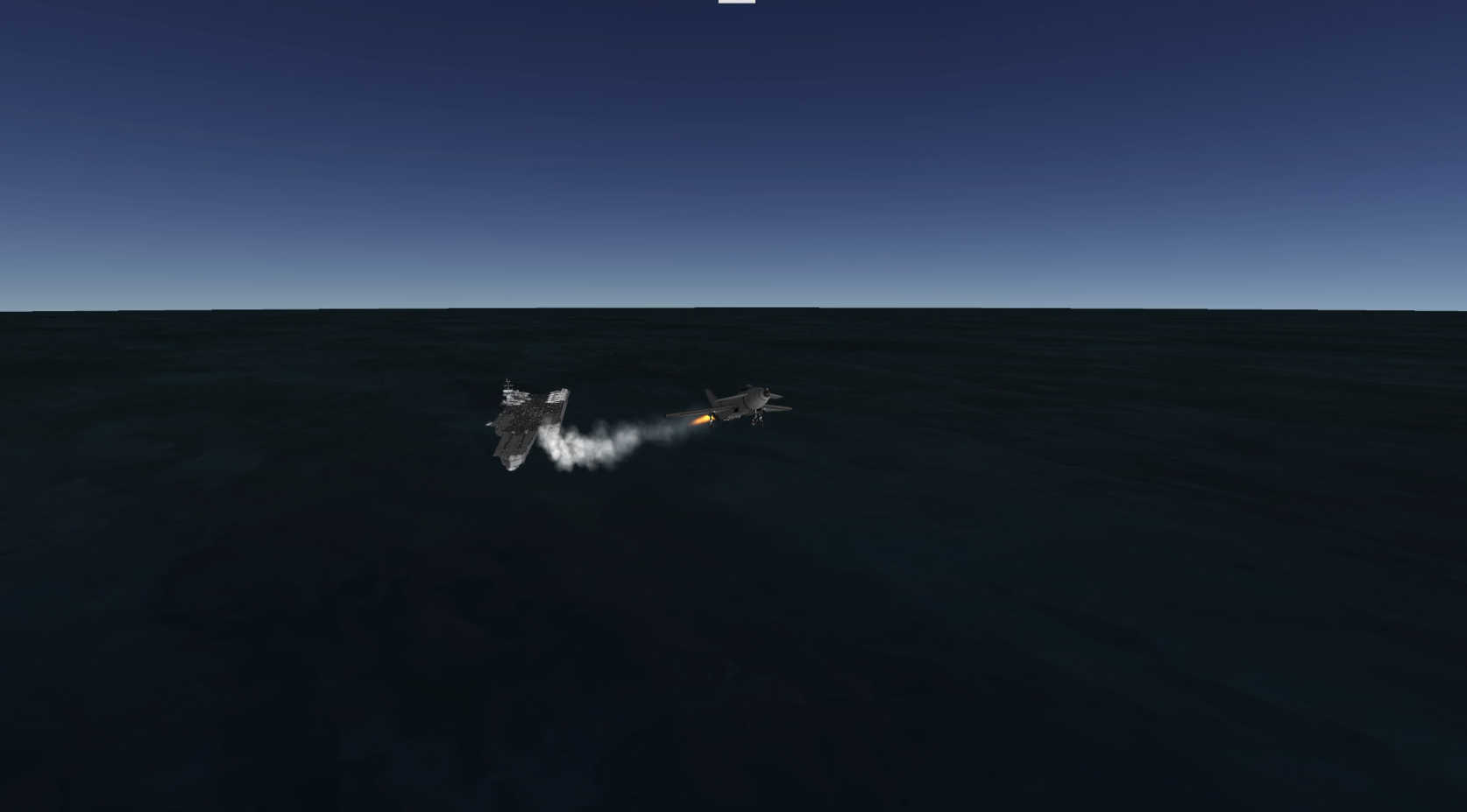 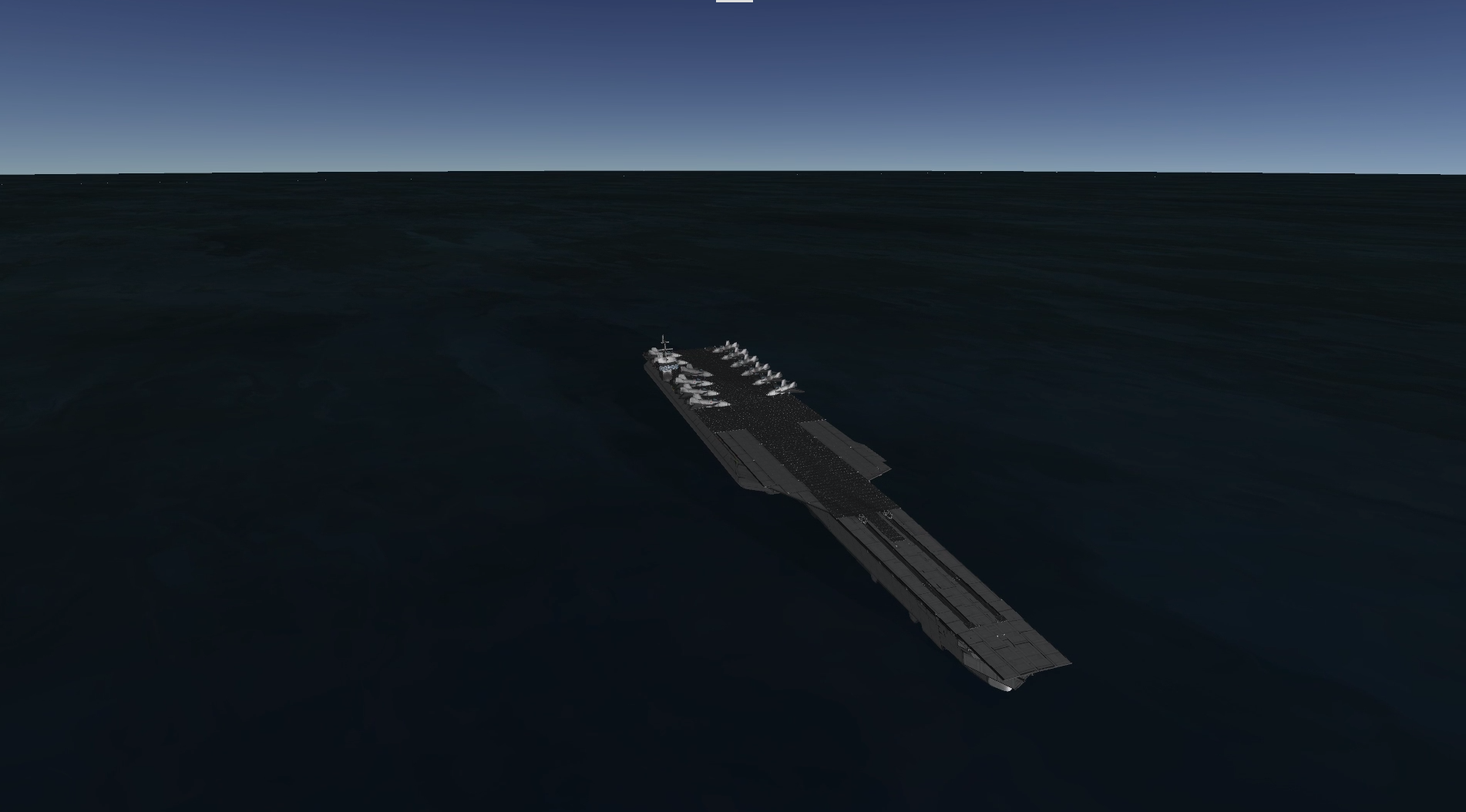 A stock aircraft called An Admiral 3.1. Built with 3844 of the finest parts, its root part is probeCoreOcto2.

Early college apps are due soon, but I decided to post this craft after months of neglect (and stumbling across my carrier when deleting file clutter).
Introducing, the Admiral class aircraft carrier. She’s about 134 meters long, has a secondary angled flight deck, carries 10-20 jets and multirole helicopters, has 16 compact Sylver VLS launchers in two 8 cell modules (fitted with either the Hammer precision strike missile or Aster 15 SAM), has provisions for side launched speedboats and torpedo launchers, two aircraft catapults (Haven’t really been touched for a few versions, and I’m planning replacements that actually work in the latest version. Staging is also messed up for the catapults at the moment.), and has reserved space for munitions elevators.
Max speed at light fuel load is over 30 m/s and 26 m/s in overload type conditions. It has a cruising range of 600 KM with 100,000 units of liquid fuel, which can be doubled with a currently under construction fleet tanker.
I only set up the staging for one of the VLS cells and missiles (although all cells are loaded with missiles), and the aircraft should be manually decoupled (with brakes on, and you might have to shift some of them closer to the centerline to prevent them from falling off).
For getting it into the water, use hyperedit. Note that it sometimes has a tendency to roll to the right when being dropped by hyperedit, so counteract it the second you detect it.

VLS cell instructions:
1. Stage the lid and erect to 90 degrees.
2. Switch to ship and launch missile from cell.
Note: Current loadout is 16 precision strike Hammer missiles. They’re effective at striking lightly protected surface targets and can double as a SAM against slower aerial ones. 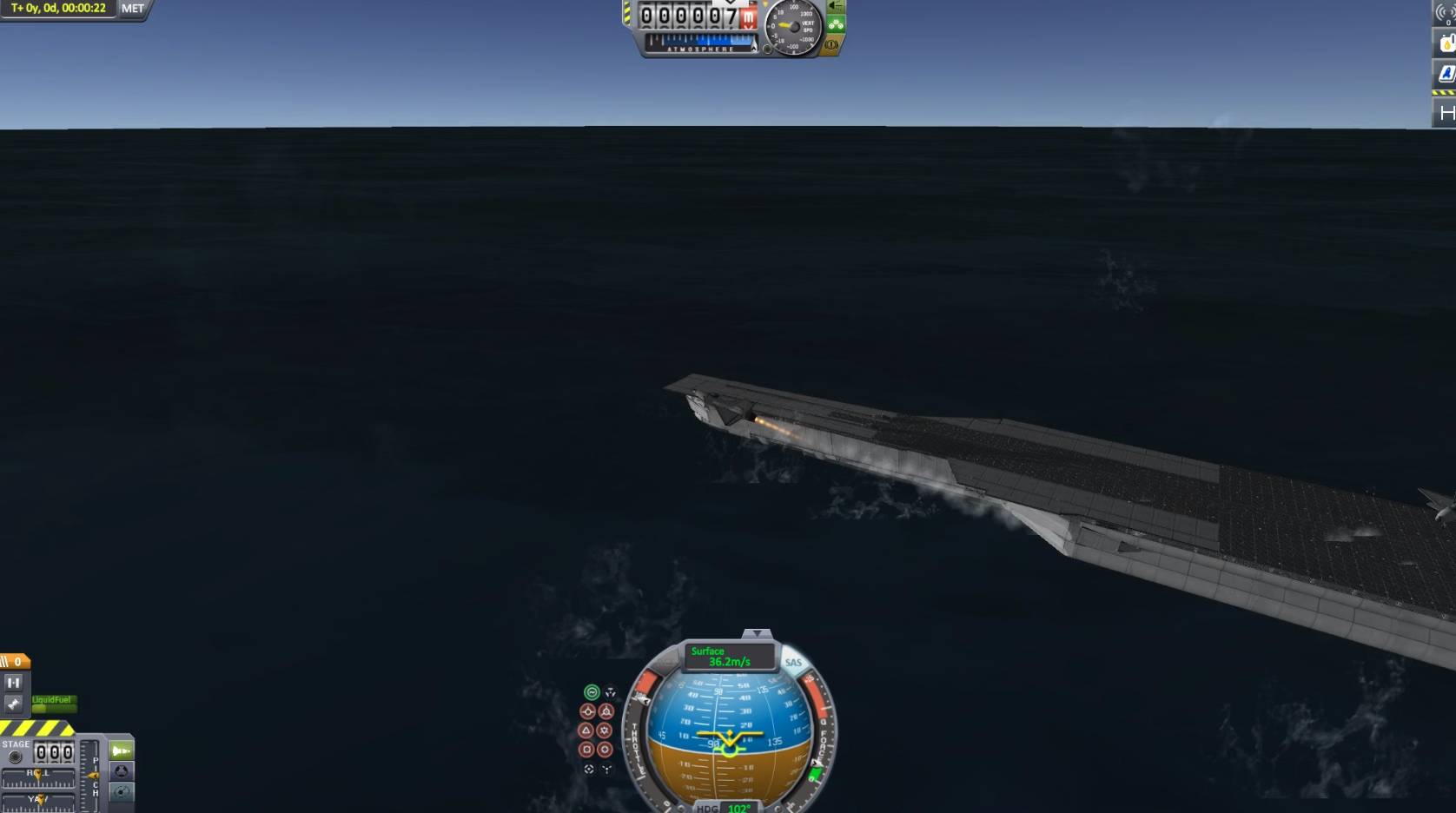 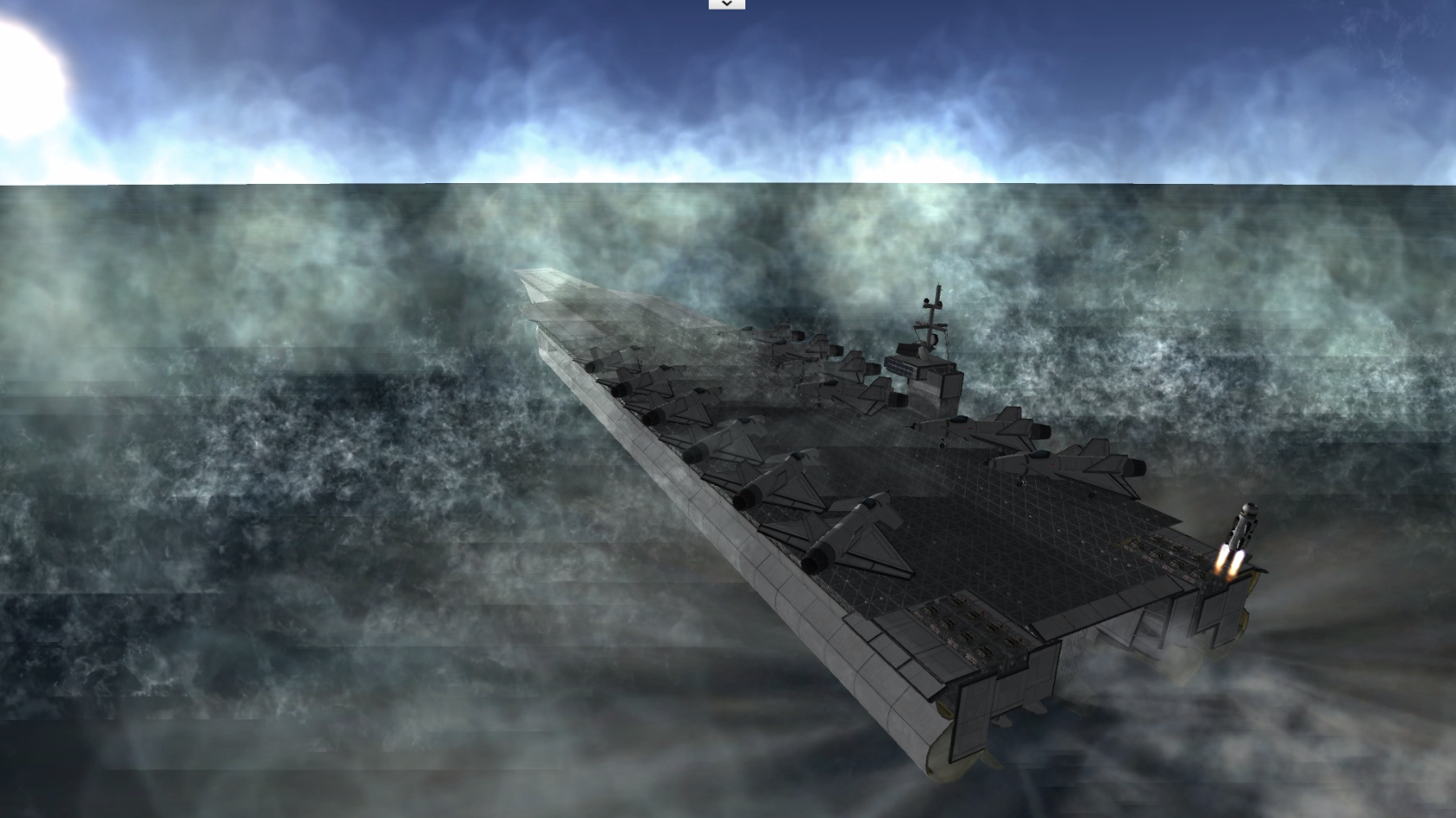 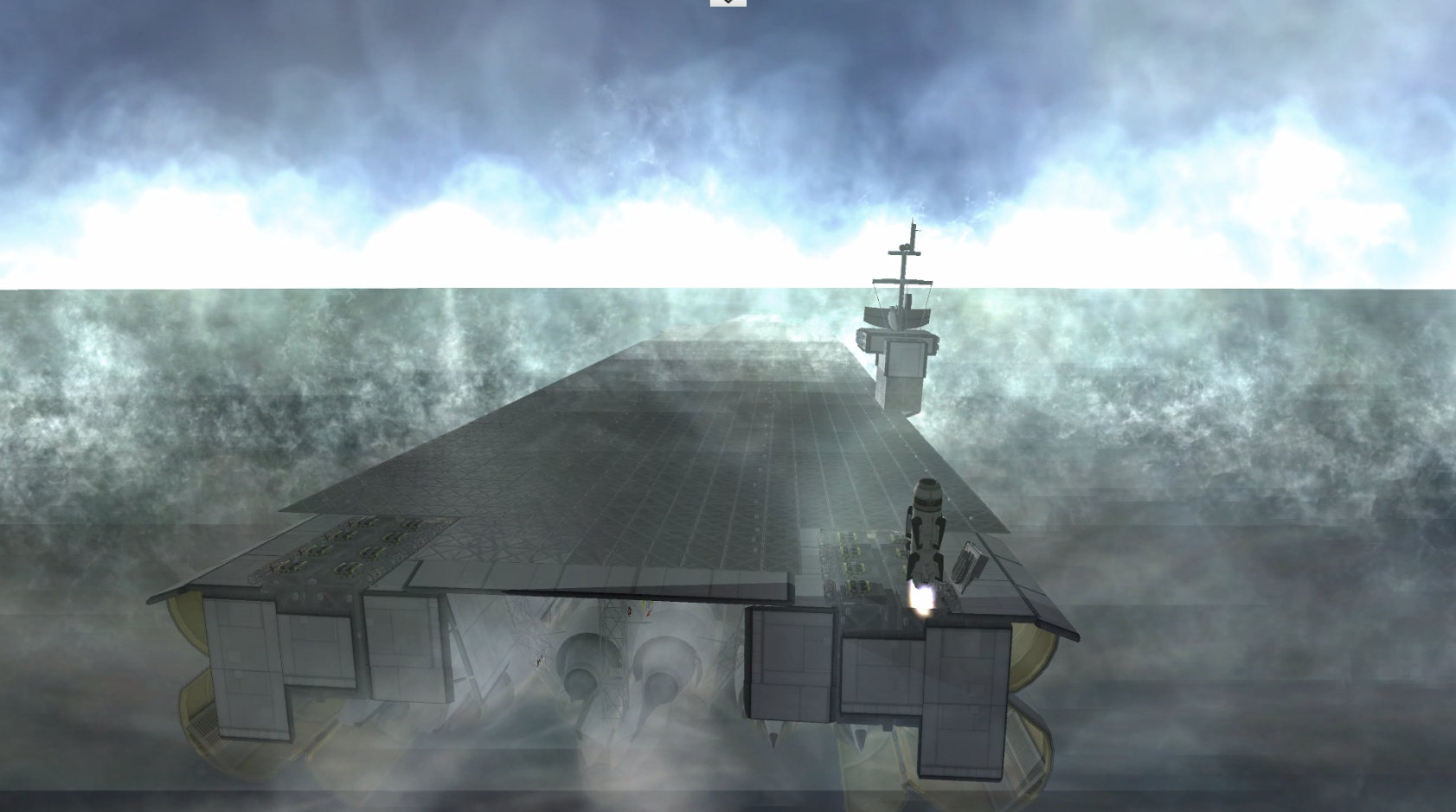 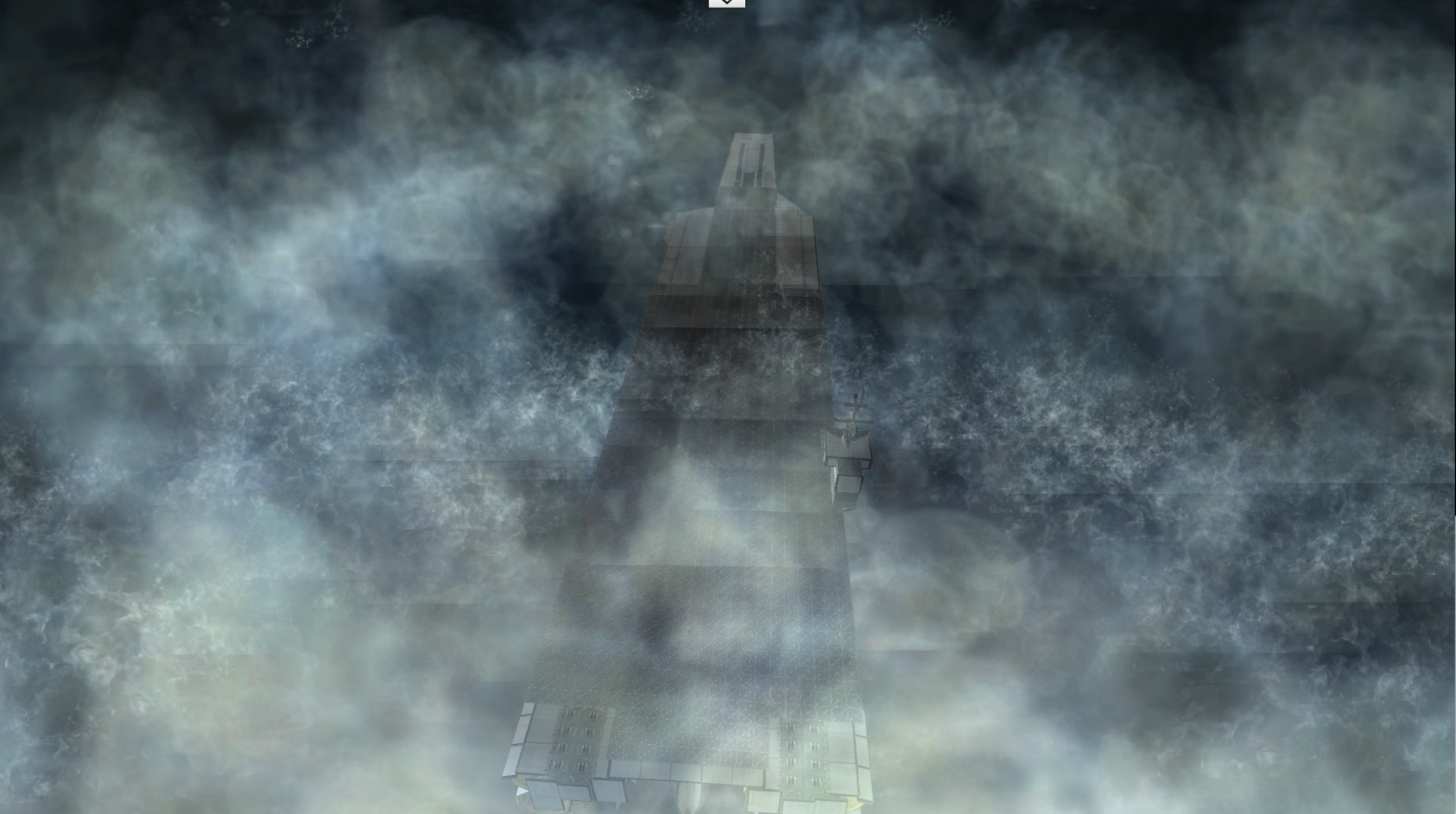 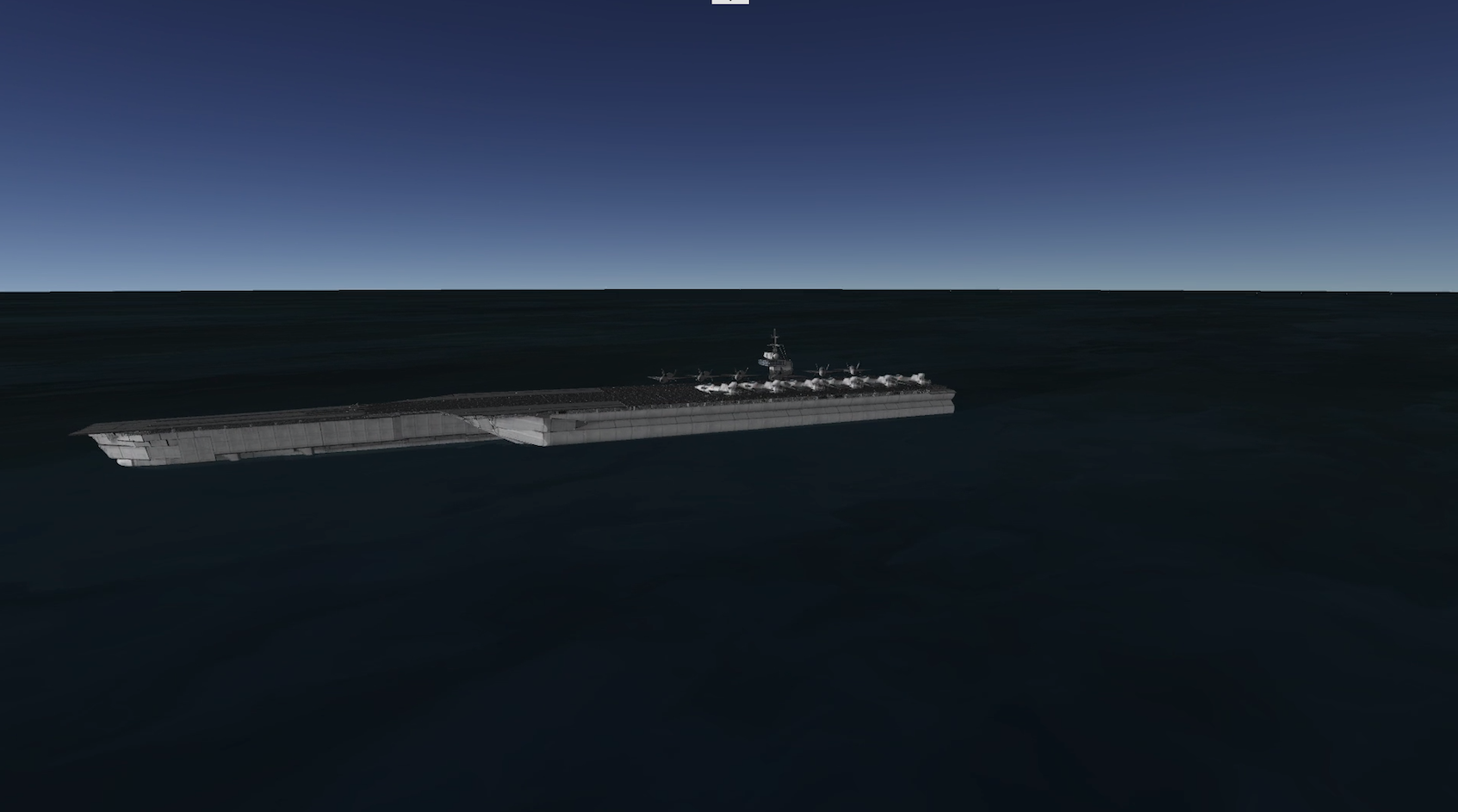 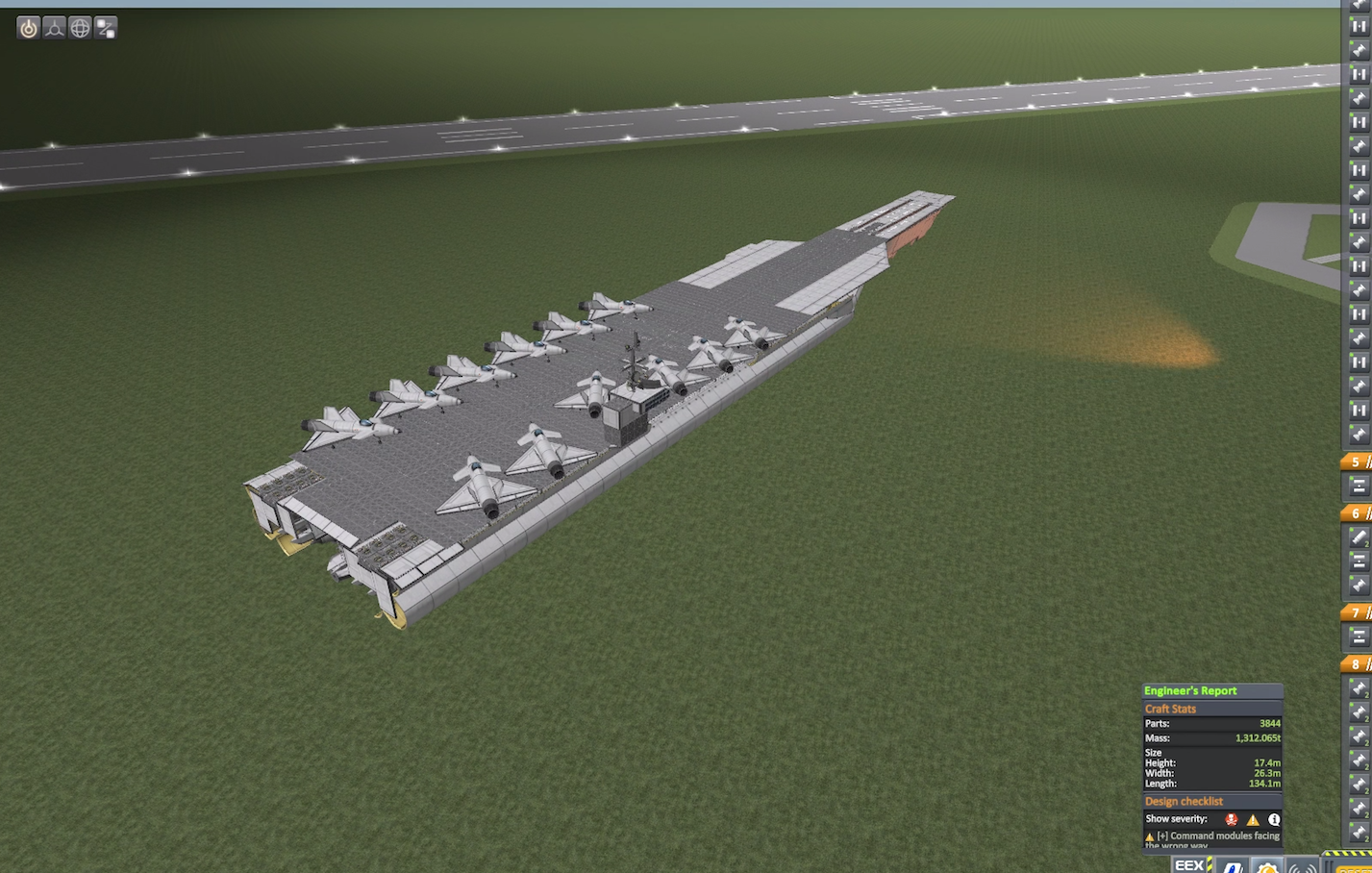