Or find other craft;
- made by TheFlyingKerman
- that are also pure stock
- that have a similar part count 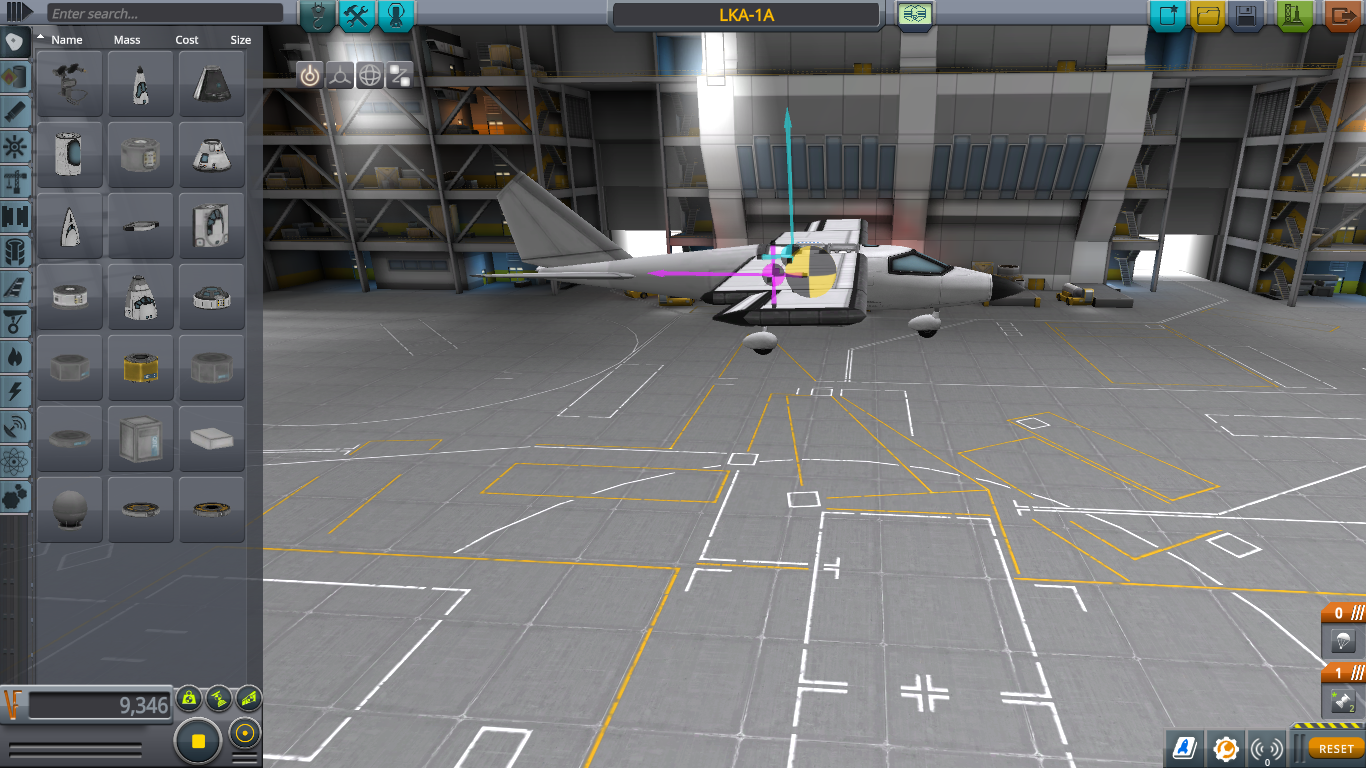 This plane is literally a trainer for the human pilot learning how fly a plane in KSP.

0.1 Before taking off, get off and plant a flag at the west end of the runway. Then get back to the plane, or just recover the pilot and plane and launch again. 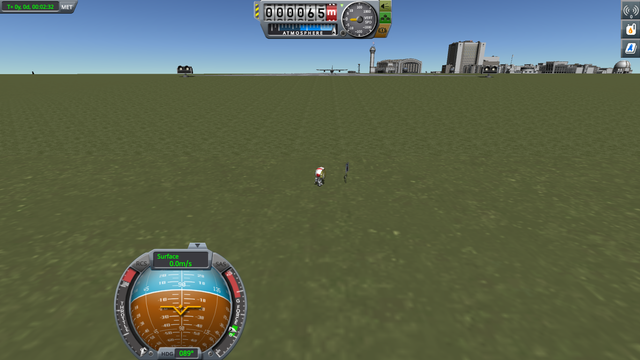 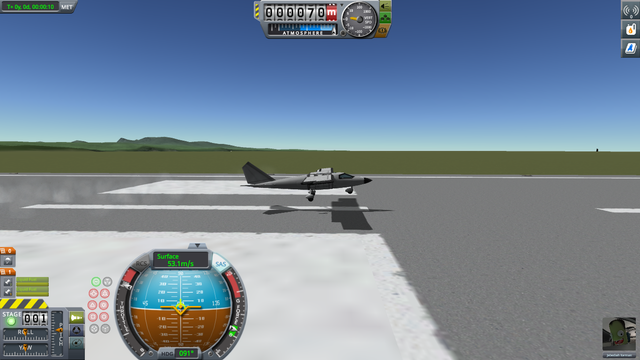 1.4 Retract flaps after the main gear leave the ground.

Maneuvering
2.1 Climbing and descending is easy, just press S or W to pitch up/down.
2.2 To make a large turn left, first roll anti-clockwise (Q), then pitch up (S). When the plane is heading the desired direction, level the plane. Vice versa for right turns. 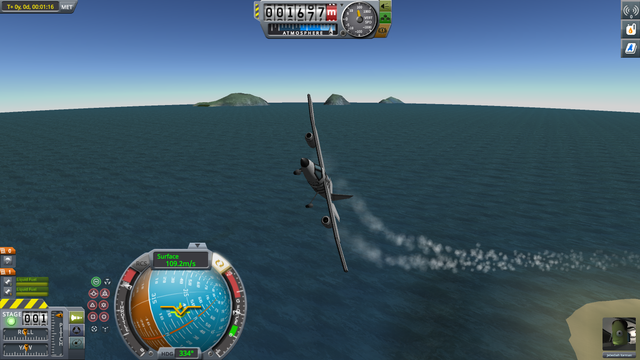 2.3 To make a small turn left, roll a few degrees anti-clockwise (Q), then yaw left (A). Level the plane when done.
2.4 For practice, climb to 7000m, fly to the mountain range west of KSC, do a crew report and then fly back to KSC. 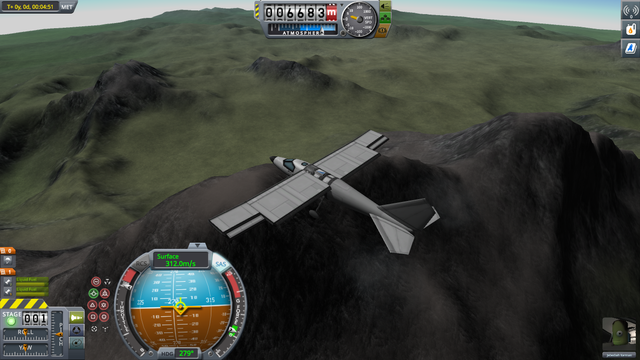 Landing
We will land right back to the KSC runway, from the west. This the hardest part of the tutorial. It is know the runway runs from west to east, and is 70m above sea level. Imagine the runway extends east and west, and you should be flying along the runway.
3.1 Begin the approach from about 30km away. Descend to 1000m ASL, and throttle way down to slow down to 55-70m/s.
3.2 Set the flag you planted as target. Note the navball. In this case the target is at your north-east, at about 070. So fly north-east at greater derivation (say 045). 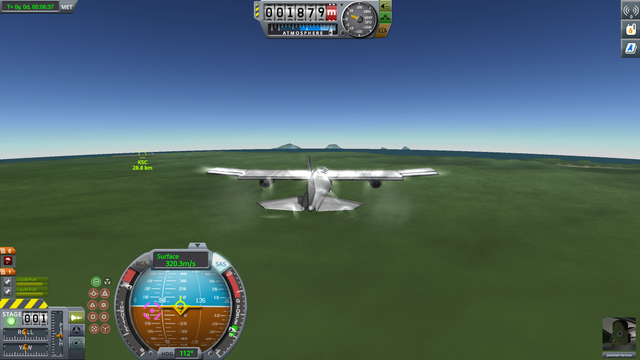 3.3 Now the target marker is at 090. We are roughly aligned. However note the runway is still centered within the triangle bracket marking the flag. Do some fine tuning with the method described in 2.3. 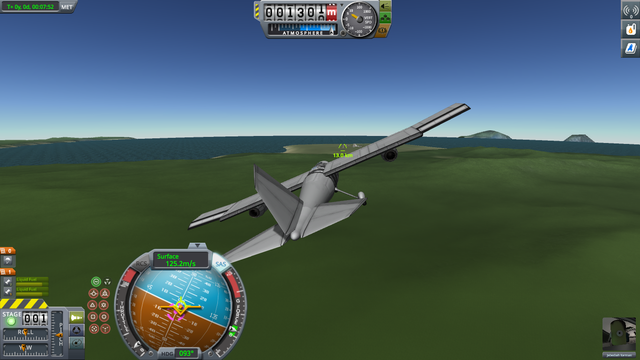 3.4 Looking ahead, the front gear, the runway, and the flag is aligned. The heading is 090. We are running true. Lower flaps (AG2). 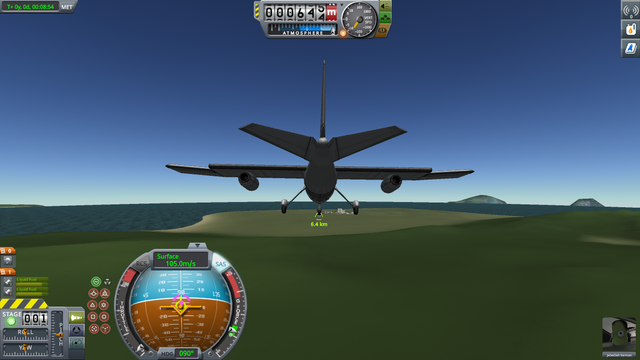 3.5 Aim at flying 300m ASL, descending at 5-10m/s while entering the KSC airspace. The final approach begins. For this plane the recommended landing speed is 45-55m/s. 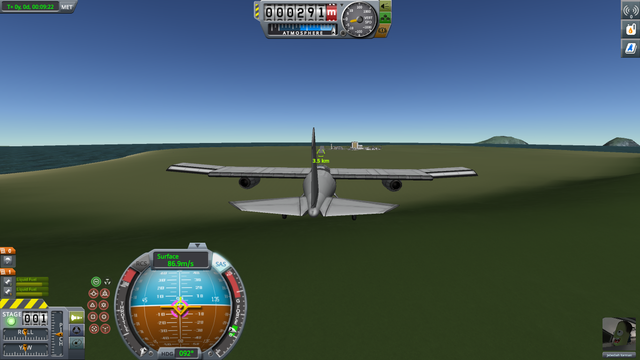 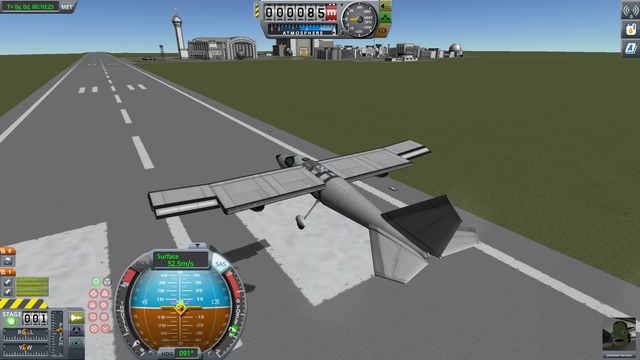 3.7 The landing gear is a bit weak. Pull up a little to slow the rate of descend while a few meters above the runway. Aim at <3m/s vertical speed when touching down. 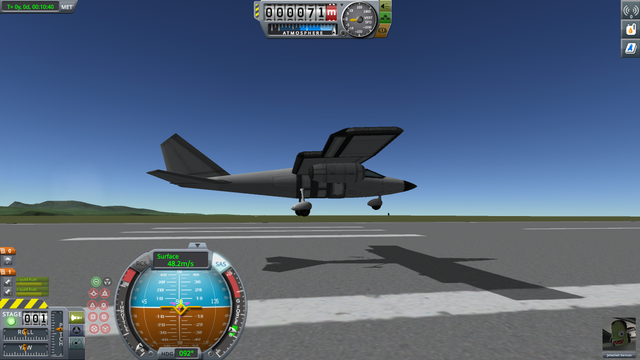 3.8 Hit brake when the main gear touches the ground. When the plane fully stops, mission accomplished. Otherwise just turn around and try again. If everything fails there is still the parachute, so our little green pilot will live and fly another day. 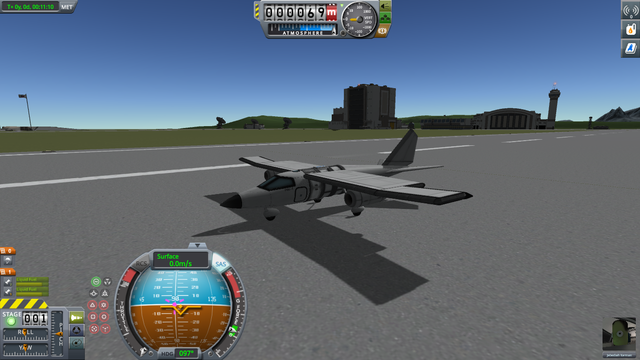