try not to crash it
Note: this was made in KSP v1.11.0 - It may not function as intended in KSP 1.12.4
This craft has been added to your downloads queue. Use the KX Mod to fetch it when you are next in KSP. Enable deferred downloads to make this the default way to download.
Download craft with the KerbalX Mod
how to install
re-download

Or find other craft;
- made by SynX
- that are also pure stock
- that have a similar part count 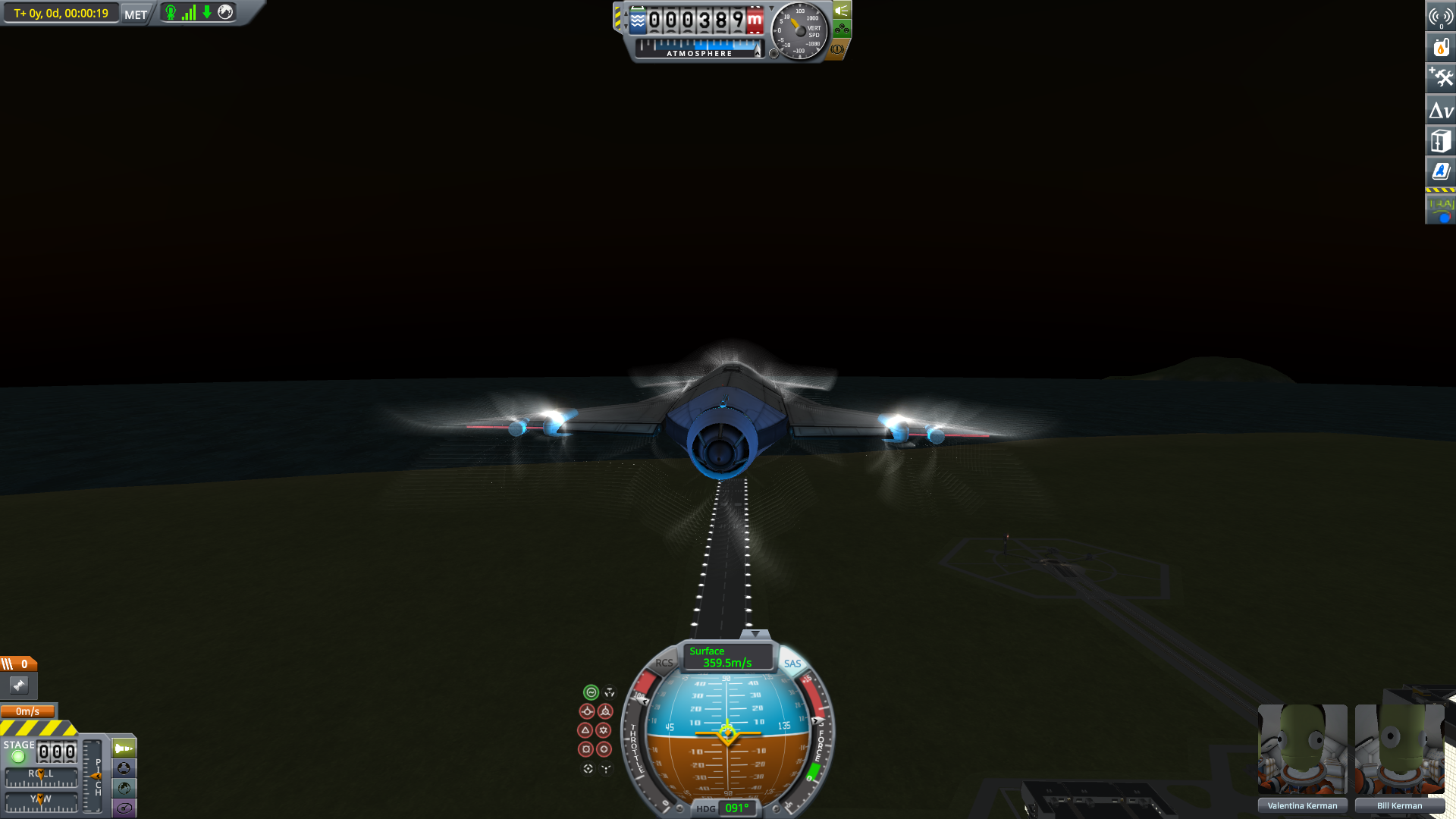 A stock aircraft called Aeronauticon. Built with 78 of the finest parts, its root lies in darkness.
While many previous missions comes to an end as the kraken is provoked, a new generation of spacecraft, powered by the limitations of physics engine, have no limit in their speed and range.Comes with its sets of scientific instruments, along with great speed, agility and stability, the potential for doing science has no bounds.
The aircraft comes with 2 sets of propulsion. The VTOL hinged propulsion system can not be throttled but offers immense power, toggled with AG-5 (action group) and switched from vertical (wing mounted LED red) to horizontal (wing mounted LED blue) with AG-6 (default as vertical), this system is great for planetary ascent. The other set is controlled by the main throttle, toggled with AG-3, the throttle also controls the brightness of the engine LED. Great for orbital maneuvering. 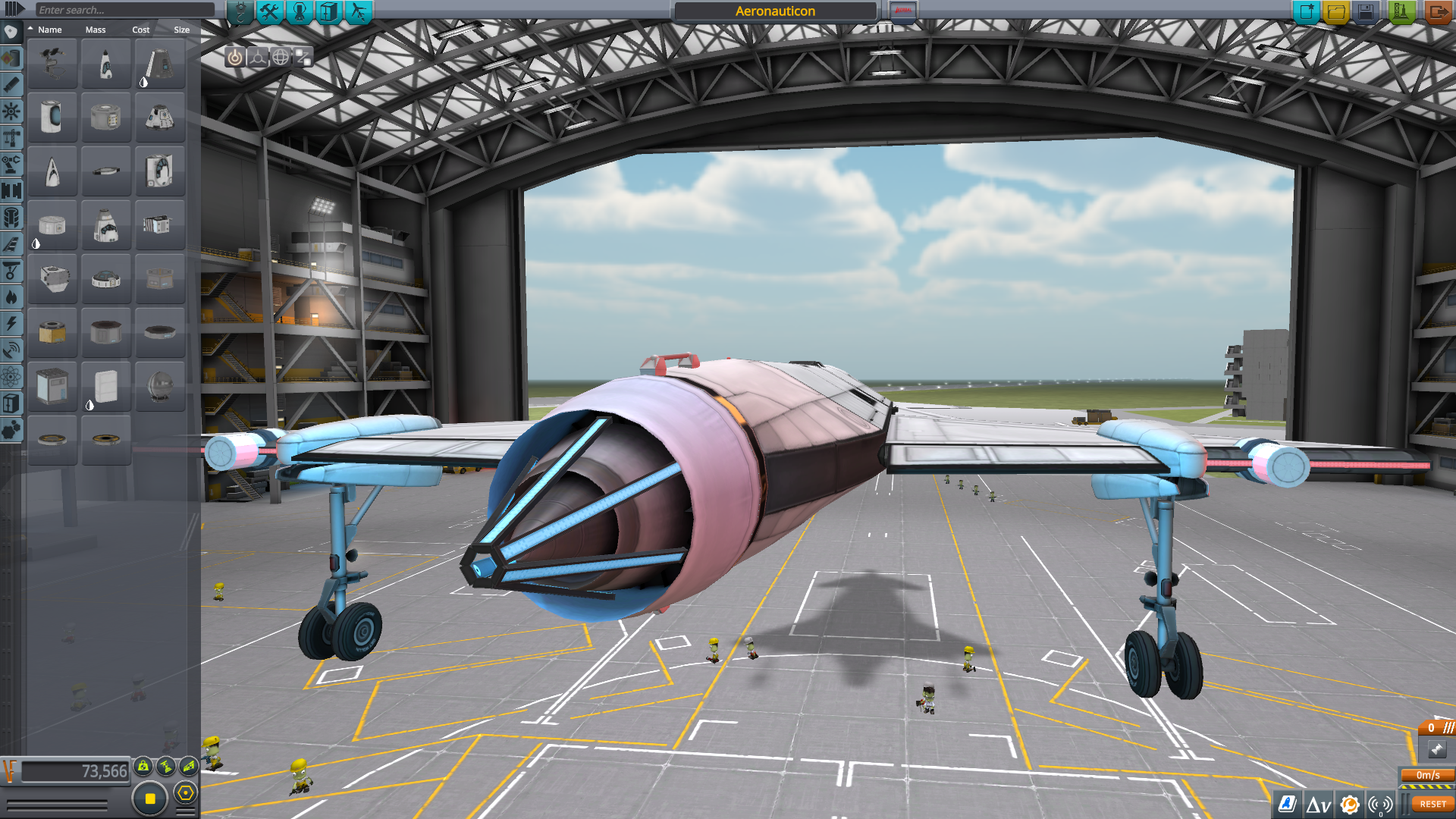 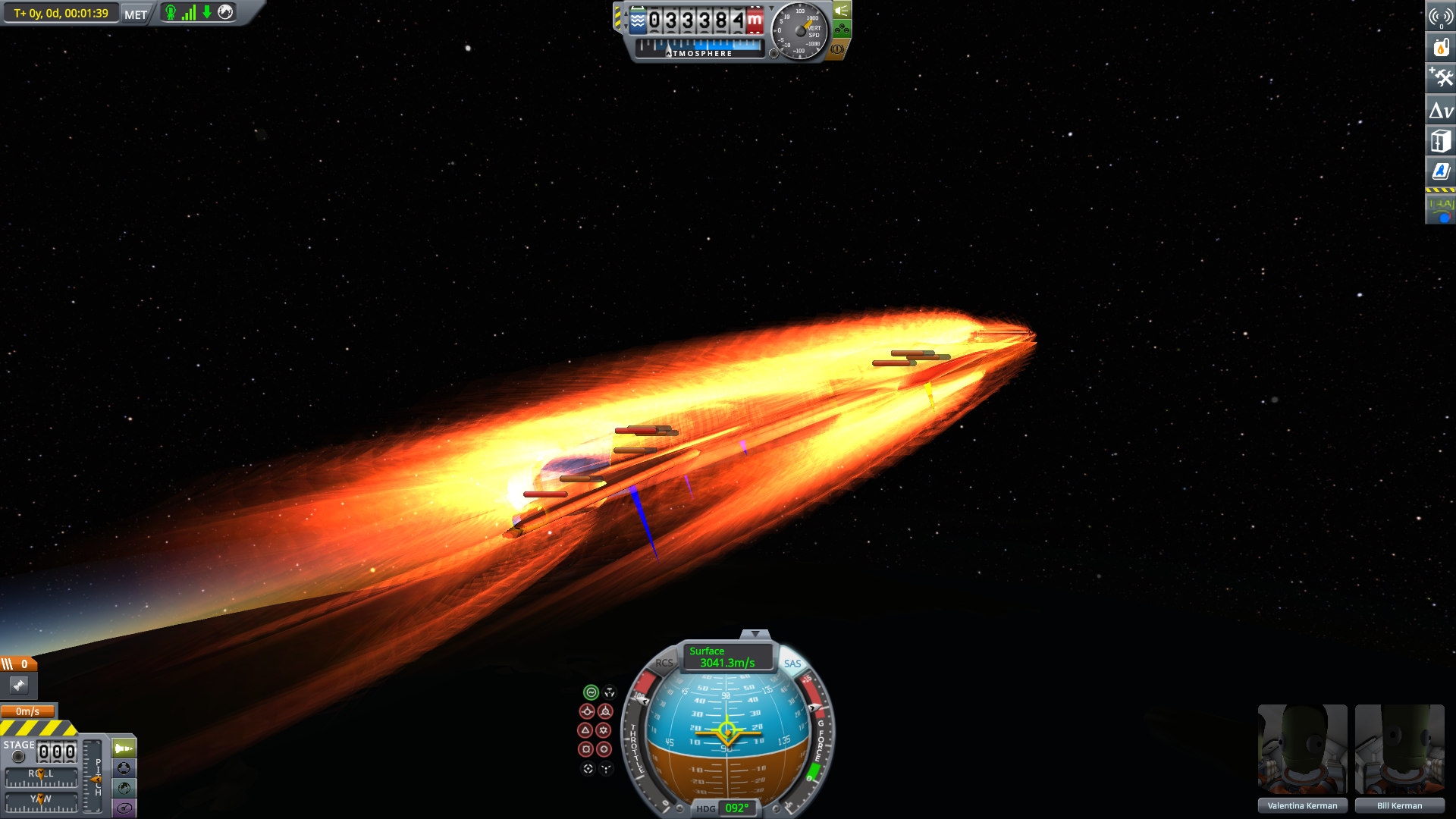 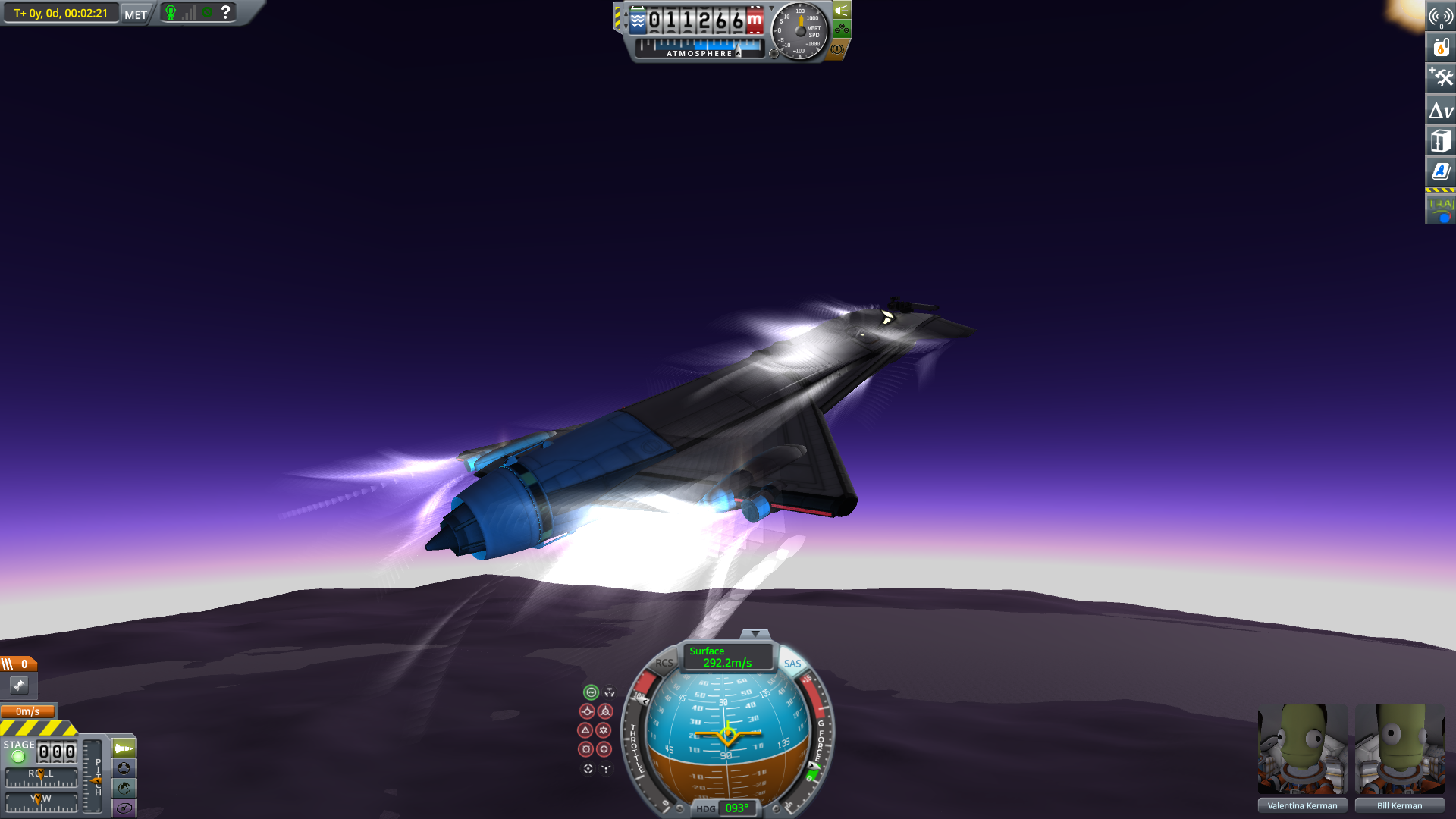 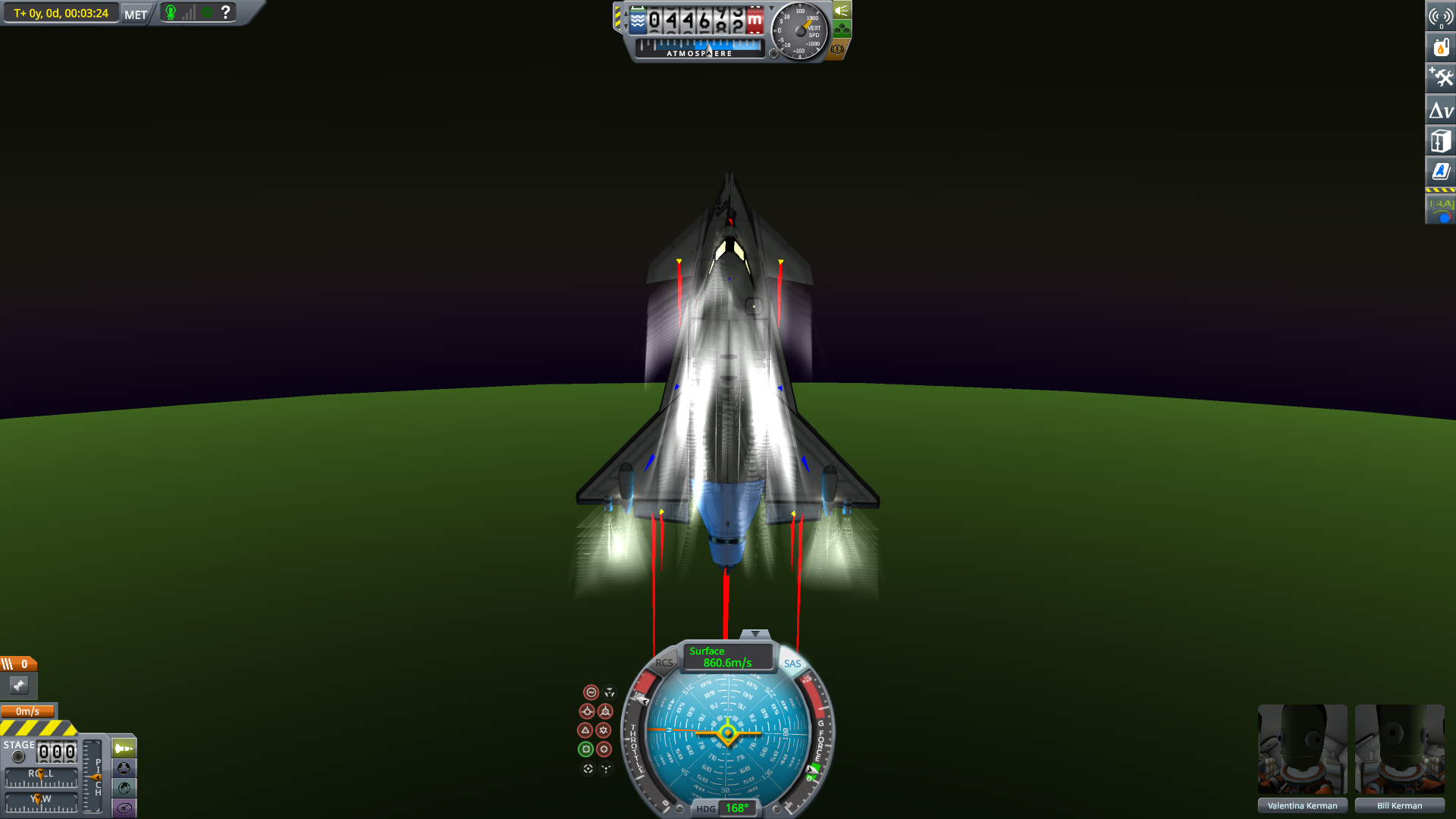