try not to crash it
Note: this was made in KSP v1.11.0 - It may not function as intended in KSP 1.12.5
This craft has been added to your downloads queue. Use the KX Mod to fetch it when you are next in KSP. Enable deferred downloads to make this the default way to download.
Download craft with the KerbalX Mod
how to install
re-download

Or find other craft;
- made by SpecOps
- that are also pure stock
- that have a similar part count
Hangars that contain this craft
Real Craft | Real Warfighters 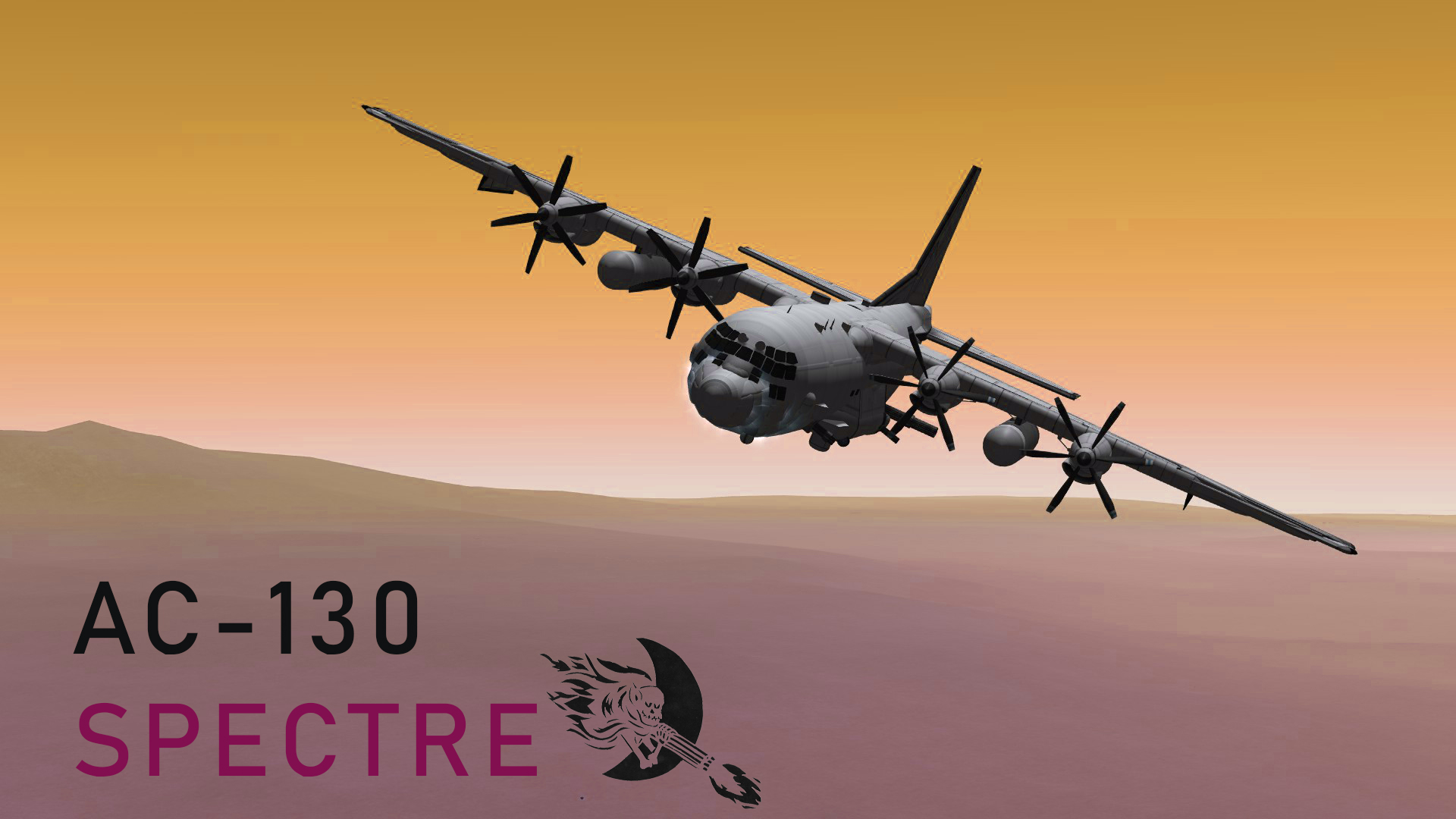 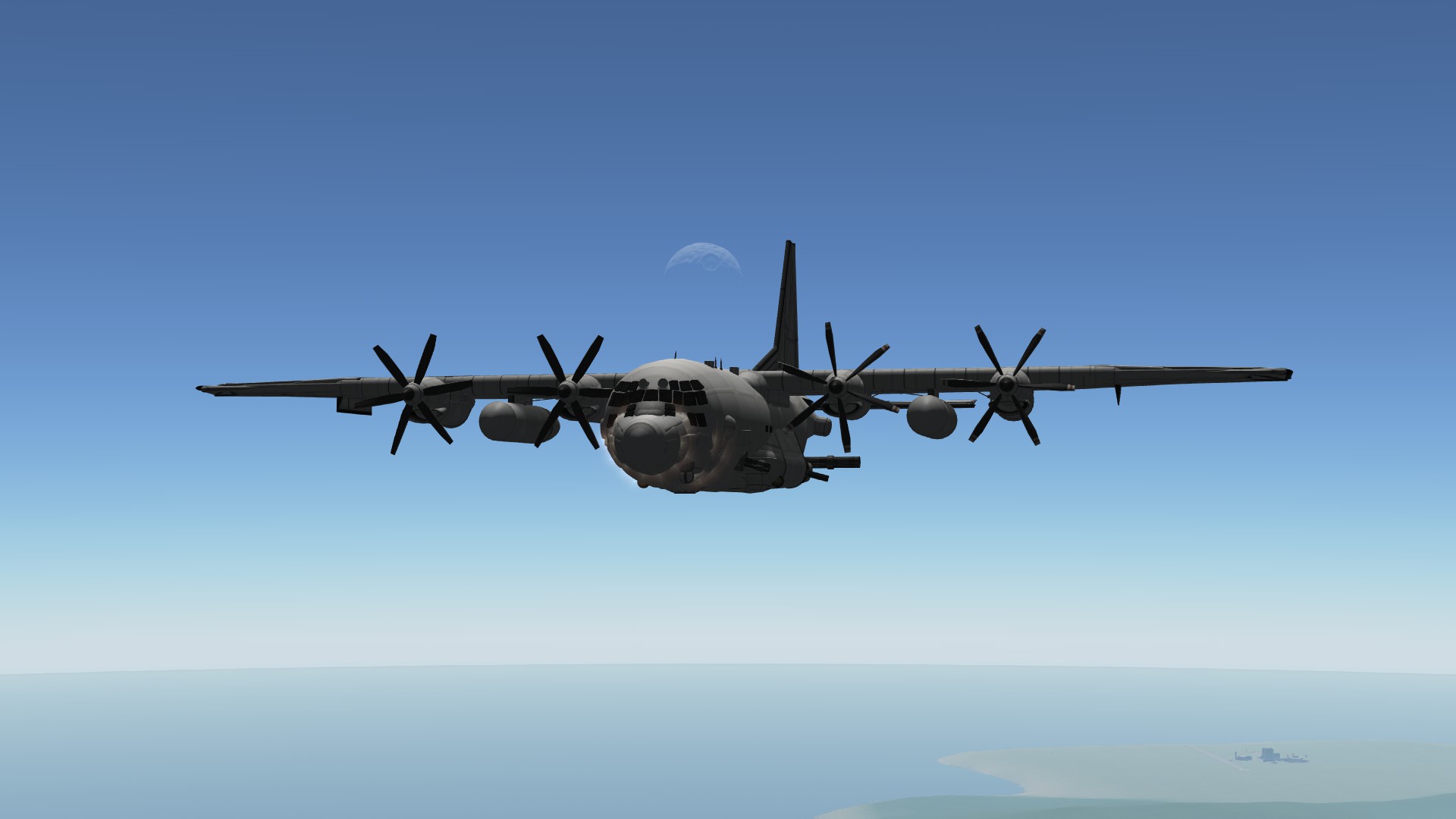 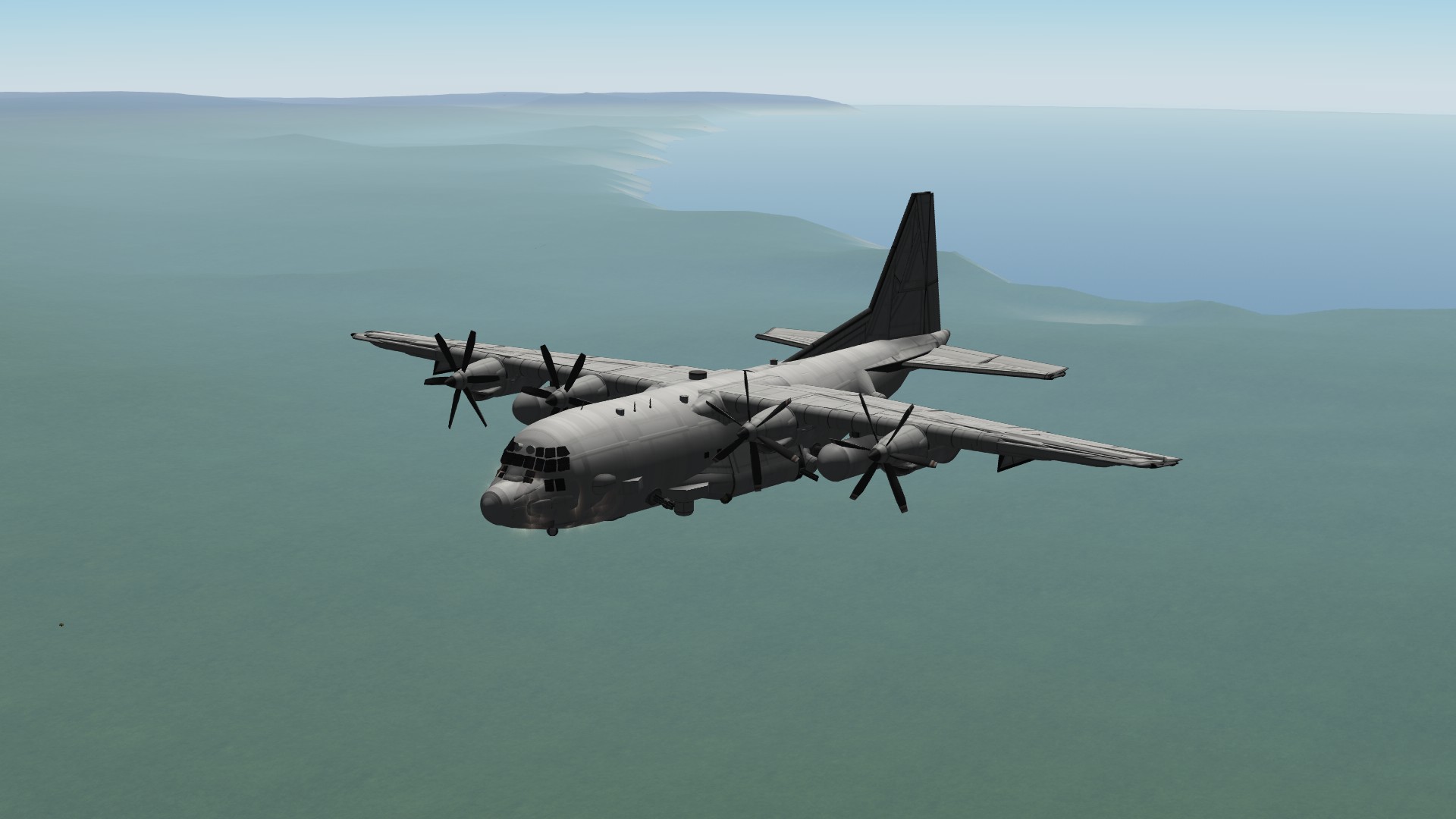 The AC-130 Spectre is one of the most legendary and dangerous aircraft built, with an equally terrifying arsenal of weapons. This plane is also part of the C-130 Hercules line of planes, which are the longest continuously operating military aircraft in history. The AC-130 was built as a heavily armored, long endurance, ground-attack aircraft. Because of it’s big size it usually operates at night. The Spectre has some of the most advanced targeting sensors and fire-control systems in the US air force. This plane features the largest calibre gun on any plane ever; a 105 mm Howitzer. It also features a 20 mm Vulcan minigun and a 40 mm Bofors cannon. These guns have given this plane a very dangerous reputation, from friends and foe.

The craft features all of the guns, but not all of them do anything. Only the 105 mm Howitzer fires, and has a magazine of two bullets. The Vulcan can spin, but it has no other functionality. The Bofors also has no functionality. You can fit the plane with any guns you like, go nuts for all i care. I’d love to see people make it more functional. Anyways, to operate the gun is a whole other story. You first have to press spacebar, which activates the engine and decouples the bullet. After 1 second you press 4, wich turns the engine off. To fire the gun the plane needs to be in full throttle, otherwise the ballistics of the projectile will be a bit disappointing. To reload, you simply press 1. To fire again, you press spacebar and then very quickly 3, wich decouple the bullet and fire the engine. Then after one second you can press 4 again to turn it off. At the end you could press 2, but that probably won’t be necessary. That’s it! 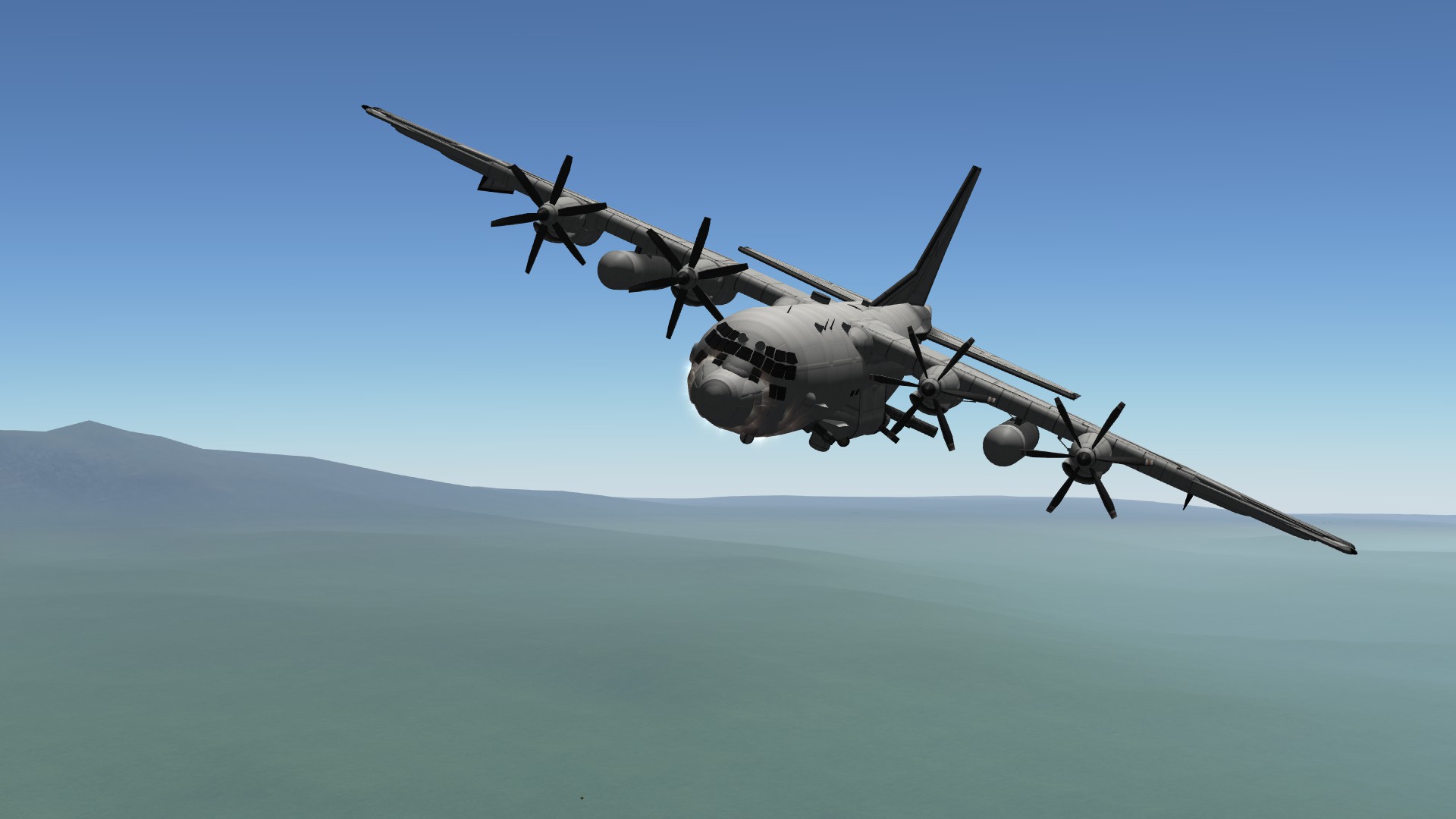 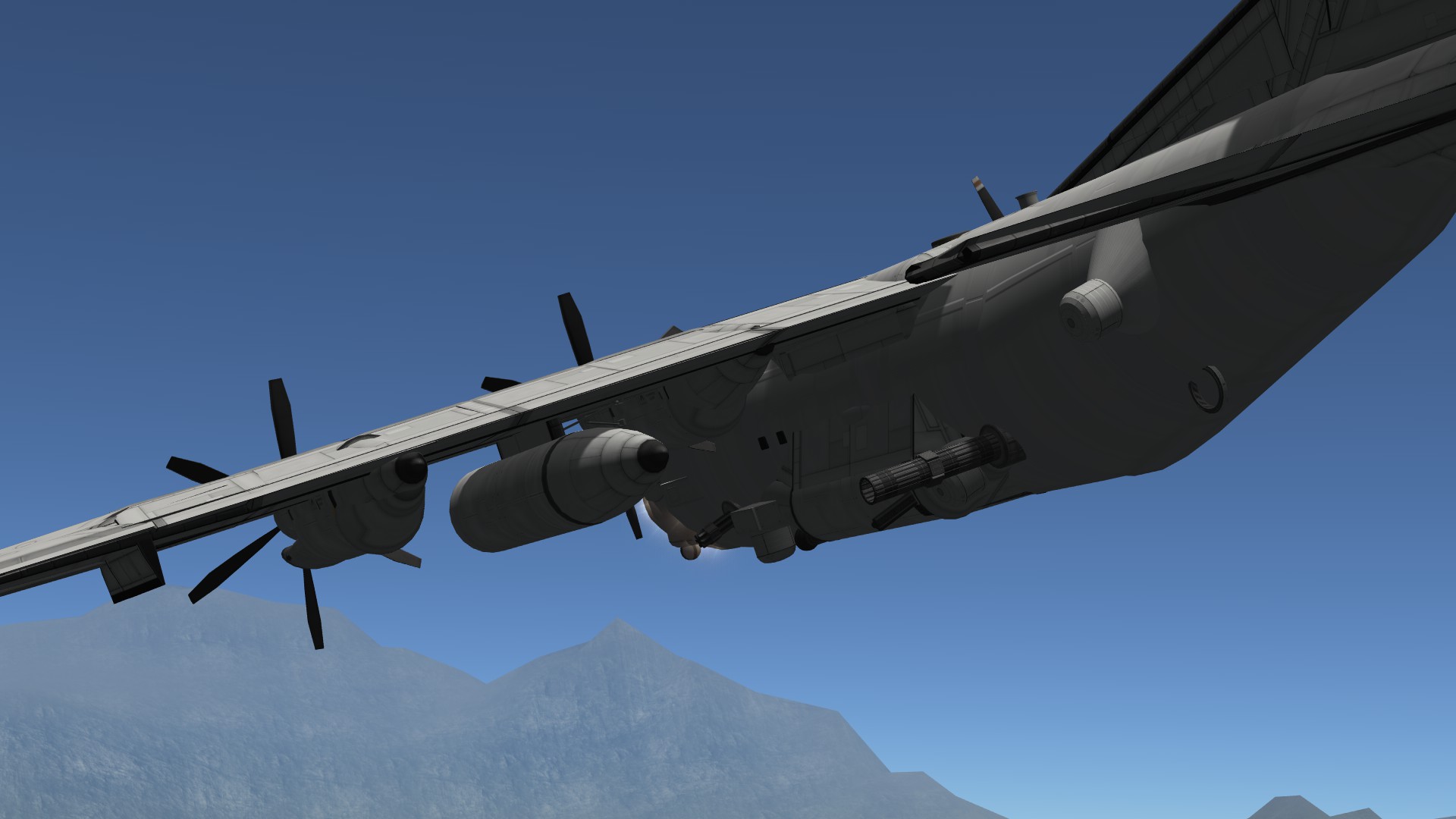 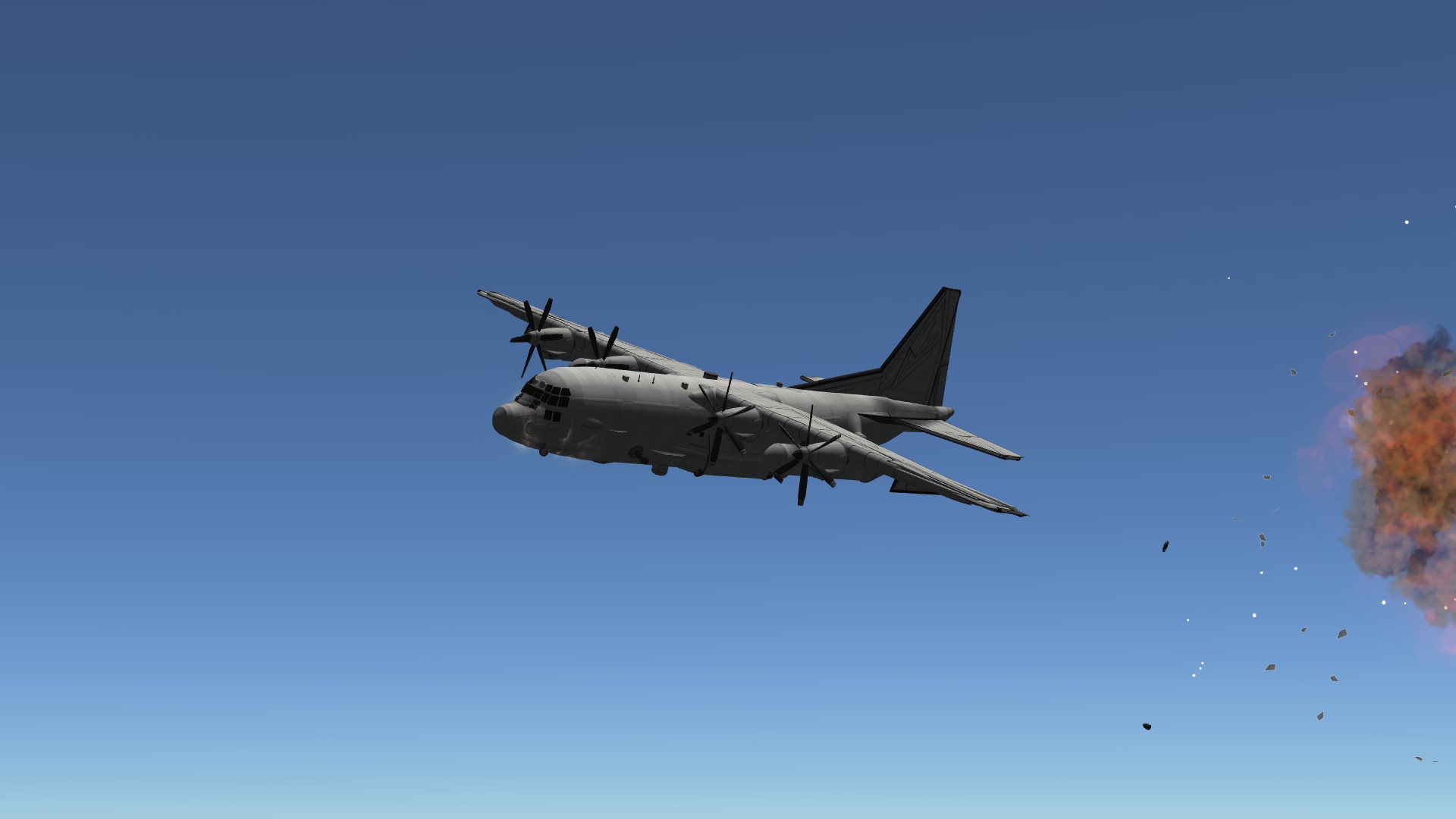