try not to crash it
Note: this was made in KSP v1.4.4 - It may not function as intended in KSP 1.10.1
This craft has been added to your downloads queue. Use the KX Mod to fetch it when you are next in KSP. Enable deferred downloads to make this the default way to download.
Download craft with the KerbalX Mod
how to install
re-download

Or find other craft;
- made by SpaceTrashCan
- that are also pure stock
- that have a similar part count
Hangars that contain this craft
vab | Stock 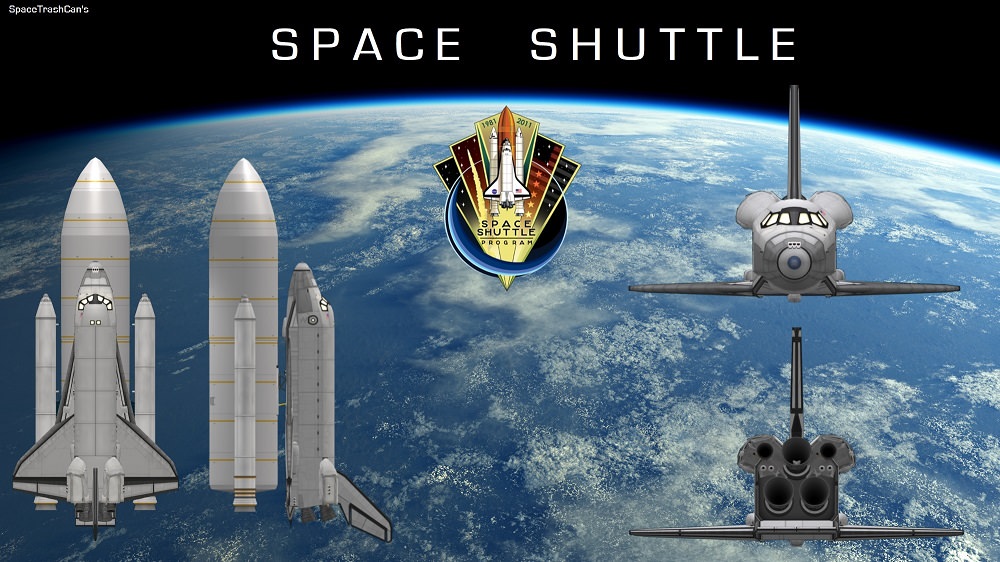 This is the very KSP Space Shuttle NASA Astronaut Scott Kelly flew when he was playing KSP, teaming up with the YouTube channel Ars Technica. You can fly it too!

The Space Shuttle (with boosters ans external tank = STS Launch System) was an US-American reusable space craft. The Space Shuttle followed teh Apollo and Skylab missions. It first launched in 1981. It was expected to be cut the costs for payload to LEO big time, but didn’t achieve this main purpose. Until 2011, when the program was cancelled the five Orbiters (Challenger, Columbia, Atlantis, Discovery and Endeavour) flew a total of 135 missions. thsie missions were mostly. Unfortunatly two missions ended tragically, destroying the orbiters Challenger and Columbia and killing their crews. The Space Shuttle played a crutial role in the building of the ISS.

Teh orbiter is originally based on my Buran orbiter but i later basically had to build a complete new plane, with teh center of mass shifting due to the engines etc. The orbiter is way heavier then the Buran and handles different. The whole STS itself is the way better launch system than my Buran system but the Buran might just be teh better plane itself. During launch the shuttle is stable (It wobbles a little in early flight). After Booster seperation it is extremly stable. I’m proud of that. It manouvers good in space. After reentry it is good to handle, if you treat it like a Space Shuttle and not like a Fighter Jet. It likes to fly fast and steady. You can do sharp manouvers safely, but it doesn’t sit in the air as stable as a small plane would during manouvers. It lieks to land fast too. NASA called the real Shuttle Flying Brick due to it’s performance so i built mine rather accurate i think xD 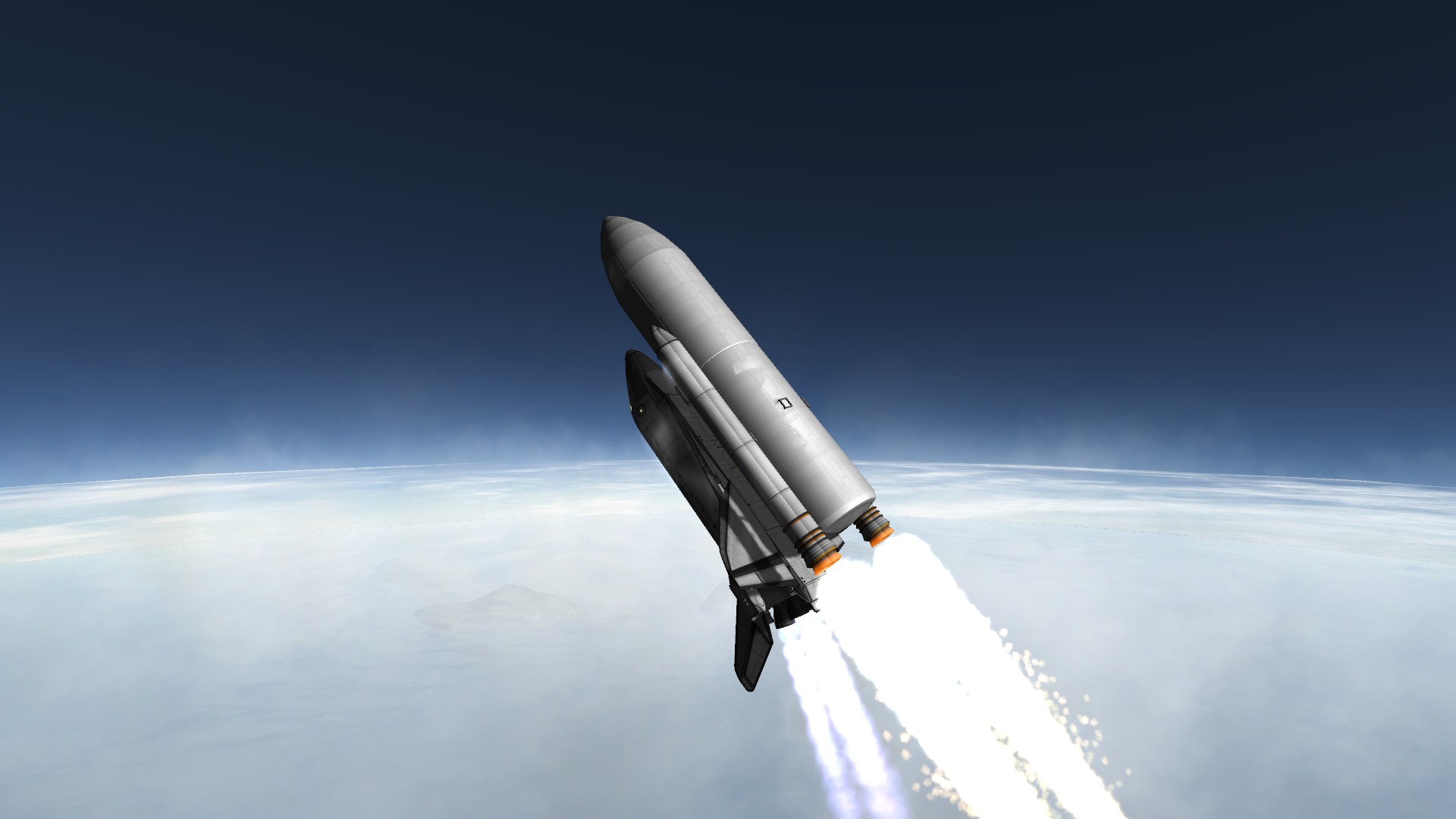 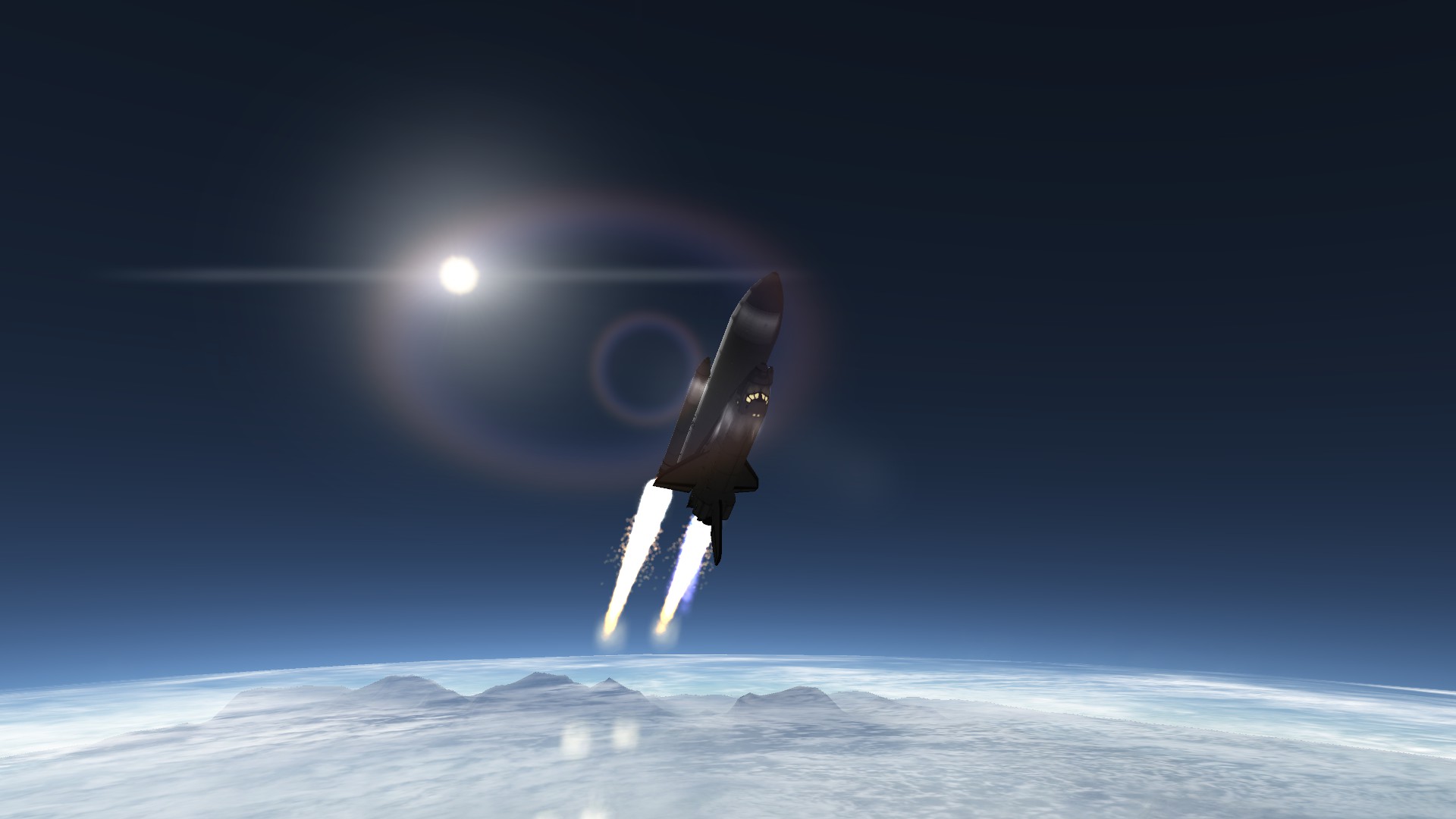 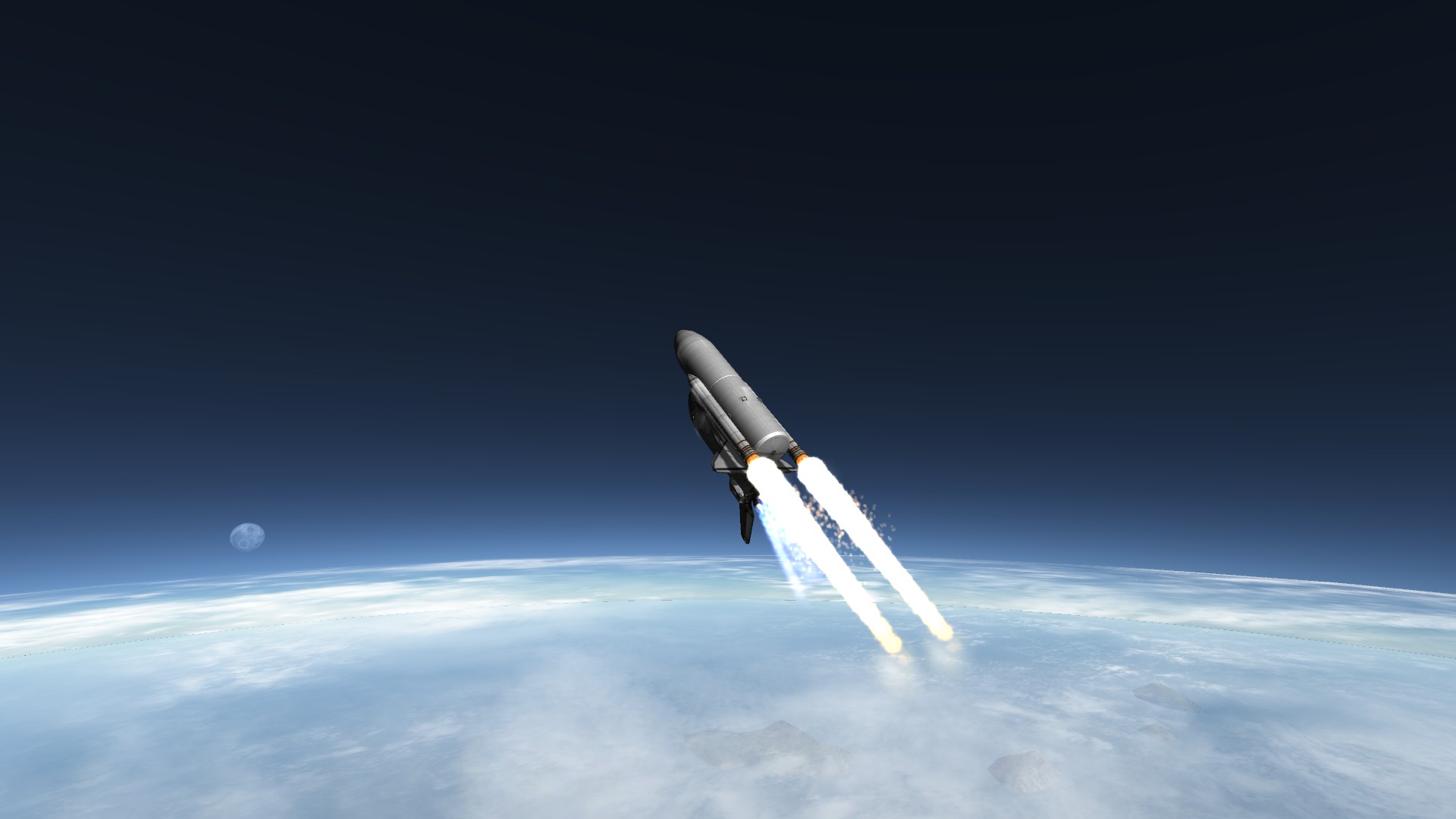 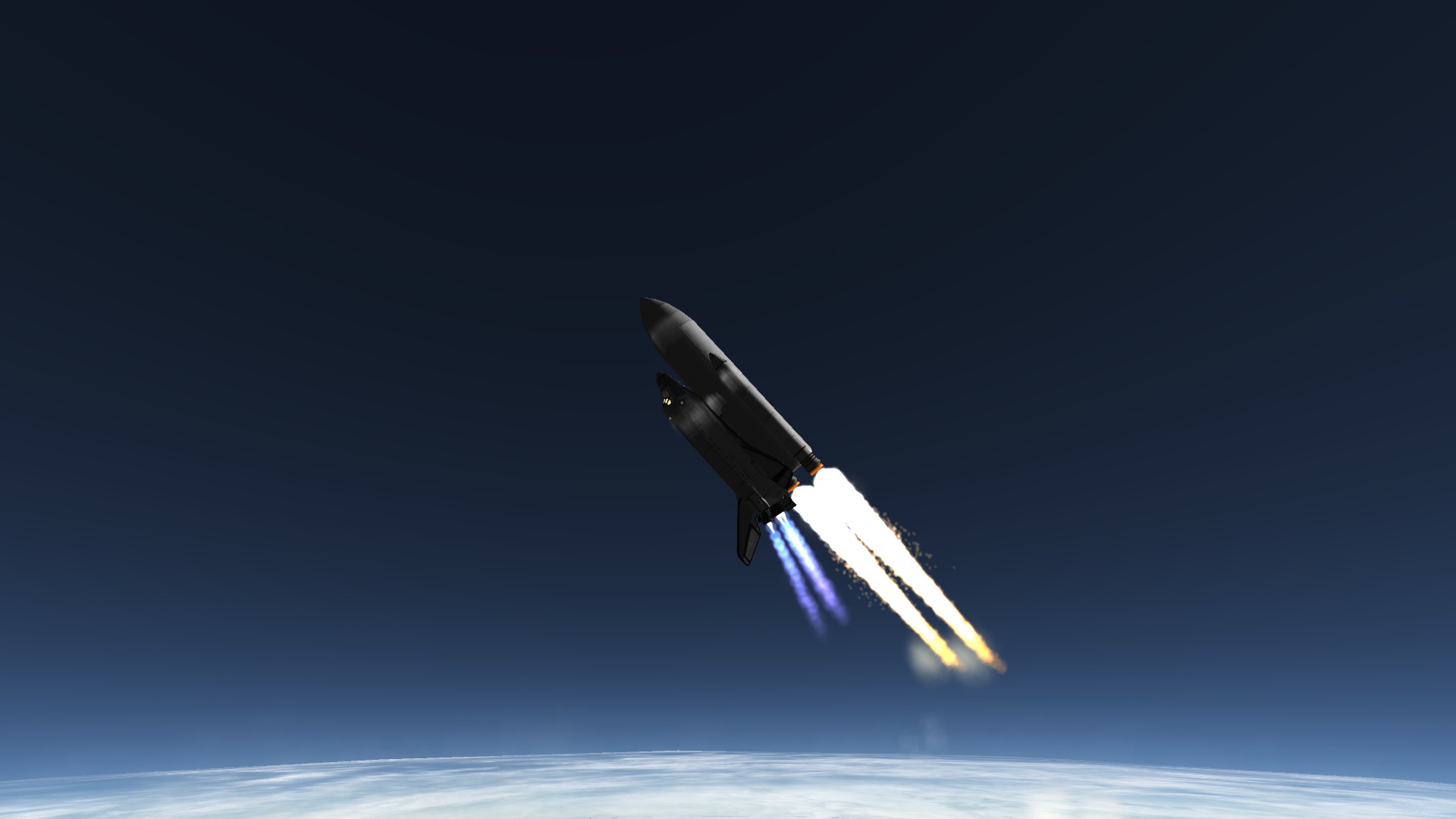 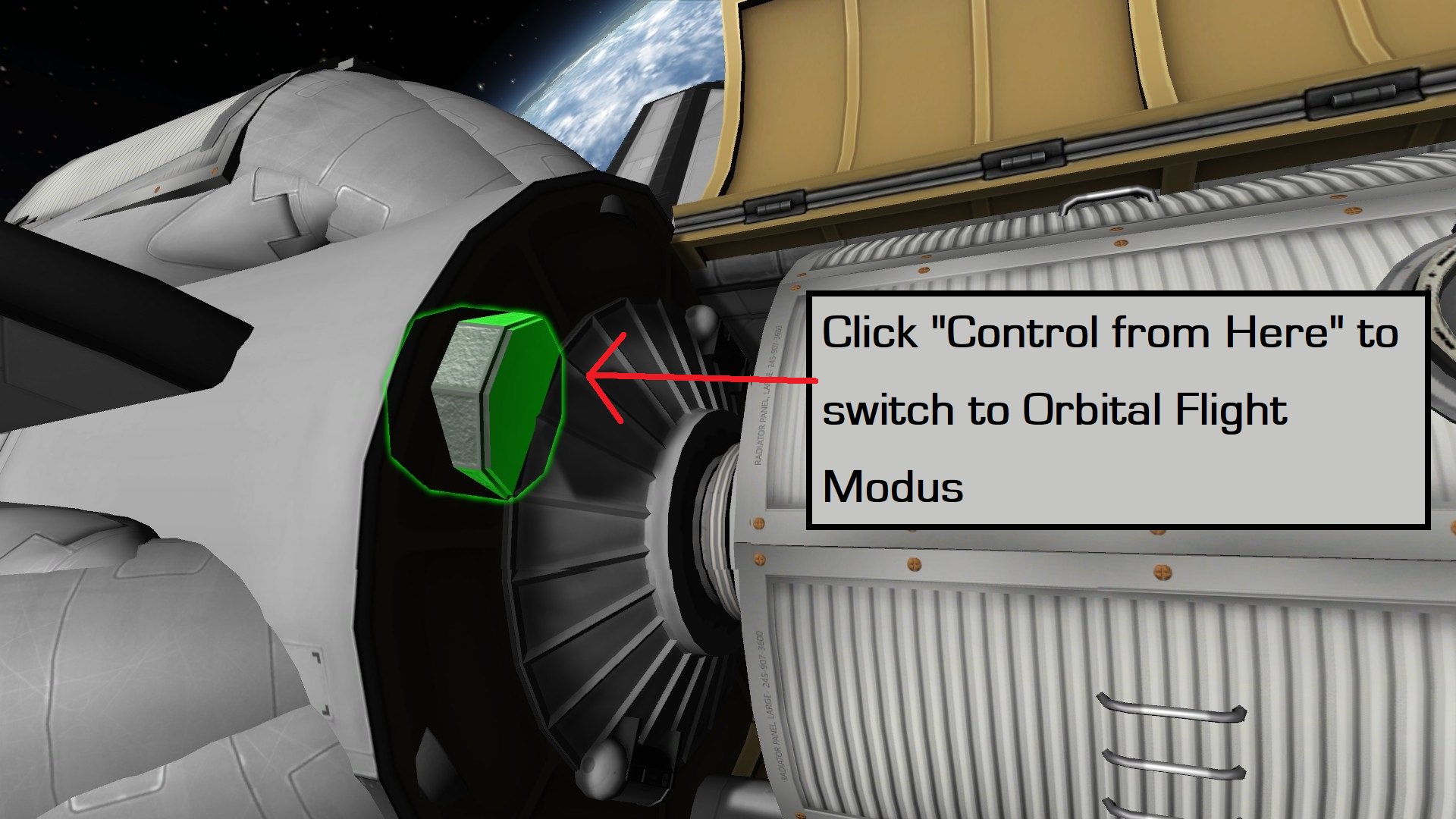