try not to crash it
Note: this was made in KSP v1.3.0 - It may not function as intended in KSP 1.10.1
This craft has been added to your downloads queue. Use the KX Mod to fetch it when you are next in KSP. Enable deferred downloads to make this the default way to download.
Download craft with the KerbalX Mod
how to install
re-download

Or find other craft;
- made by SpaceTrashCan
- that are also pure stock
- that have a similar part count
Hangars that contain this craft
Dev's Pick | Space Race Crafts 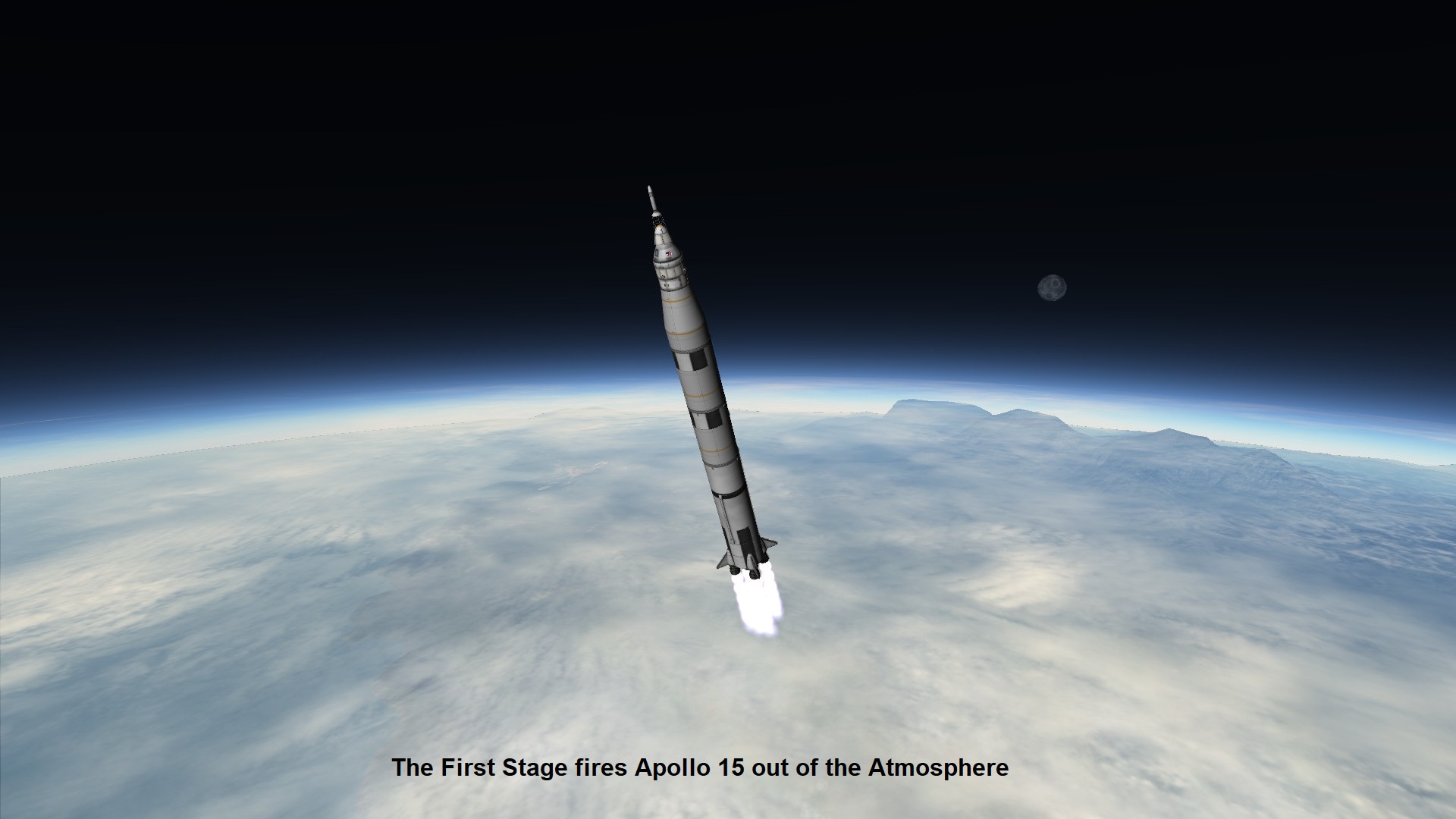 Apollo 15 was the ninth manned mission in the United States’ Apollo program and the fourth to land on the Moon. It was the first J-Mission, which were designed for long surface stays. Apollo 15 brought a Rover and the Apollo Lunar Science Experiment Package (ALSEP) to the Surface aswell as placing the Particles and Fields Subsatellite (PFS-1) Satellite in Moon Orbit. The Crew were : David R. Scott, Alfred M. Worden, James B. Irwin. The Mission lasted 12 days. Although minor difficulties Apollo 15 was a very succesful start to the J-Series Missions.

My Version is accurate, when it comes to staging and engine clusters. It also carries the LRV, ALSEP and PFS-1 with it. I tried my best to get the looks as close to the real one as possible. It uses no strutts, so teh parts count can stay low. It is still stable thanks to Autostrutt.

How to Fly it

The Fuel is easily enough for the mission if you plan well although launching efficient and setting the Mun Encounter Manouver right is helpful, since Stage 1 and 3 are not designed to have massive spare DeltaV (Stage 2 has much spare Fuel if you mess up)

Have Fun with this Craft!