try not to crash it
Note: this was made in KSP v1.7.3 - It may not function as intended in KSP 1.12.3
download ckan meta-file
This craft has been added to your downloads queue. Use the KX Mod to fetch it when you are next in KSP. Enable deferred downloads to make this the default way to download.
Download craft with the KerbalX Mod
how to install
re-download

Or find other craft;
- made by Sir_Cannonball
- that use the same mods | that are compatable | with similar mods
- that have a similar part count 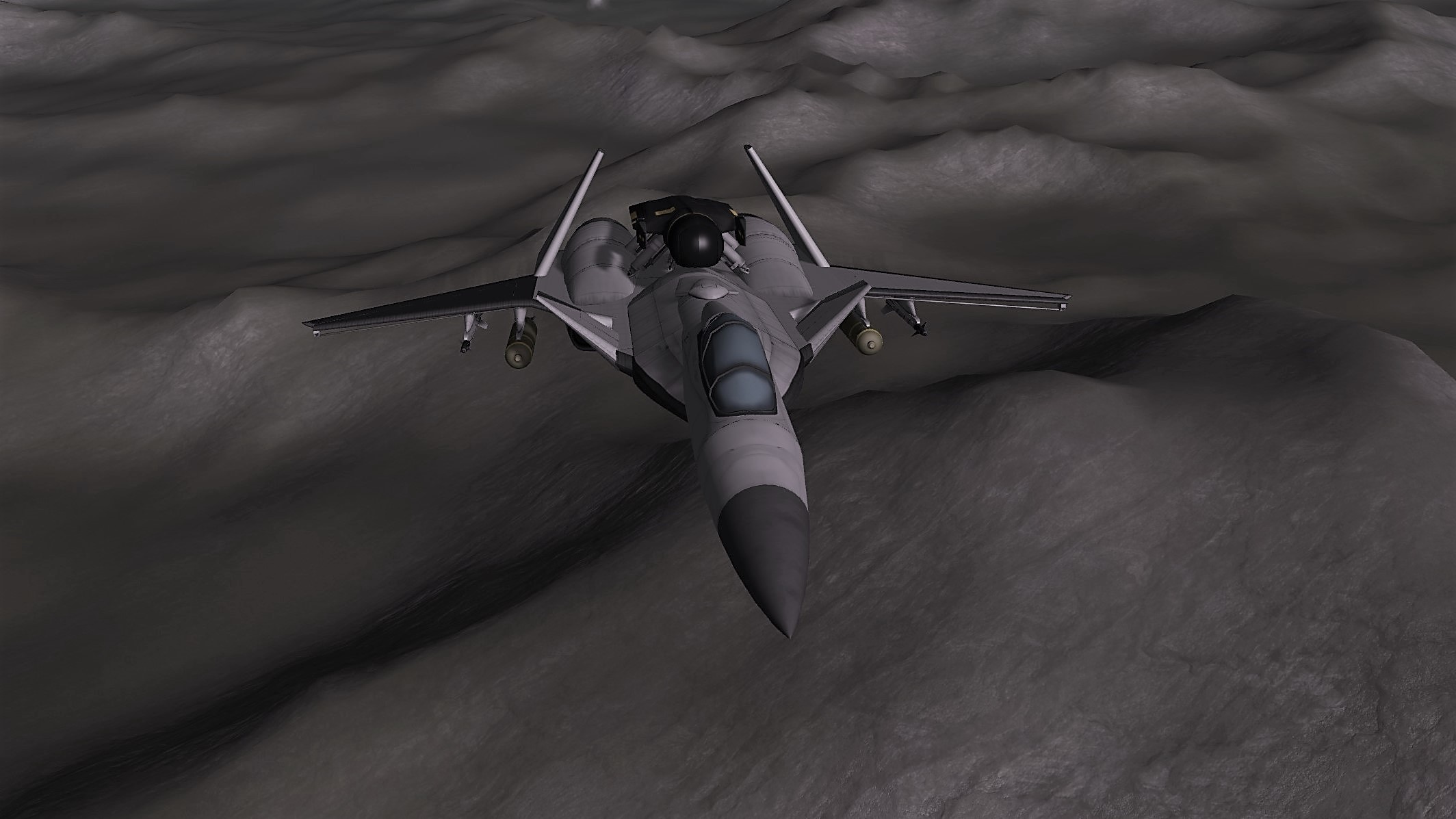 The ADFX-02 ‘Morgan’ is an experimental fighter aircraft first appearing in Ace Combat Zero: The Belkan War. Developed by the South Belka Munitions Factory, it made its combat debut over Avalon Dam where it engaged in a dogfight with the Ace known as ‘Cipher’. It was subsequently shot down and its technology would later be incorporated into its successor, the ADF-01 Falken.

This particular variant has been modified with a paint scheme reminiscent of Ace Pilot Larry Foulke, known in-game as ‘Solo Wing Pixy’.

1) You’ll have to make .cfg edits to allow the BD ‘Saturn’ engine to be rescaled. To do so, create a new folder in GameData labeled ‘BDArmoryTweakscale’, and create a new .txt file known as ‘tweakscaleConfigPatch.cfg’, and type the following lines in:

2) To get the nose looking correctly, I recommend this fuselage-style procedural texture:
https://spacedock.info/mod/1301/W3%20Fuselage%20Texture

A mod aircraft called ADFX-02A Morgan. Built with 70 of the finest parts, its root part is fighterinlinecockpit.