try not to crash it
Note: this was made in KSP v1.0.5 - It may not function as intended in KSP 1.11.2
This craft has been added to your downloads queue. Use the KX Mod to fetch it when you are next in KSP. Enable deferred downloads to make this the default way to download.
Download craft with the KerbalX Mod
how to install
re-download

Or find other craft;
- made by SelfishMeme
- that are also pure stock
- that have a similar part count

(link to Spacedock where possible)
force_new_line 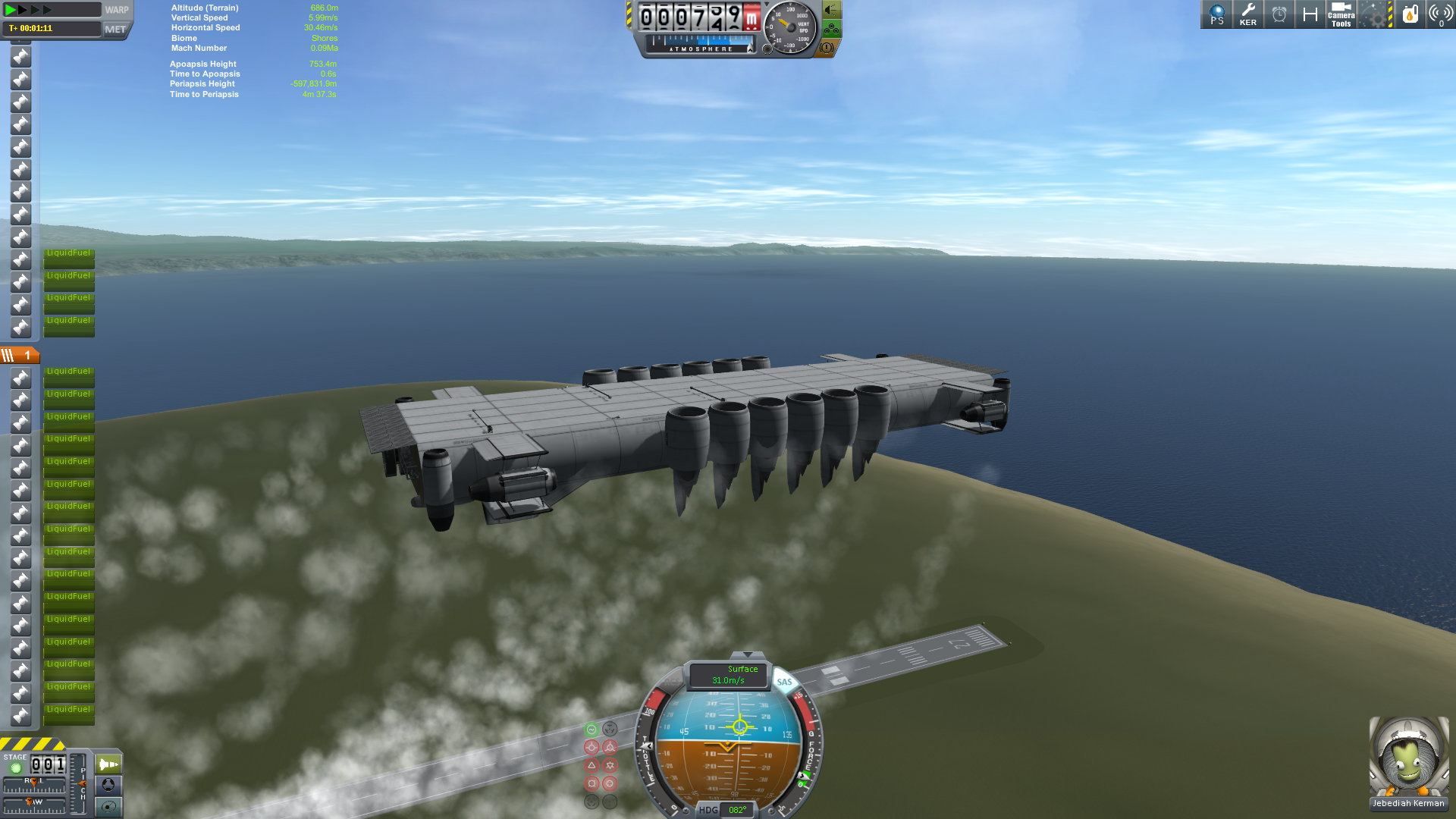 Before Wernher worked for the KSC he was pilfered from the Kaiser where he worked on their Wunderwaffe (Wonder Weapon) program. In this recently uncovered experimental footage a craft is sortied from the deck of the Flugzeugträger Damocles. The craft a Fokker dr1 originally built by pTrevTrev’s and rebuilt and gussied up by the secret weapon factories shows the potential of the long range and naval fighter program. Other gigabytes of recorded footage showing the dozens of failures to land are being studiously ignored in the hopes of a Spacecraft Friday berth.

The carrier cannot fly without some input, it tends to slowly roll and drift, but is quite controllable, using action group 2 for forward jets adds more control authority, and action group 1 for afterburners to brake or accelerate vertical movement. I have landed it several times in the water for carrier landing testing. It has a top speed of about 73ms when rolled over and heading for the ground, 35ms in normal flight.

Hope you enjoy it!