Or find other craft;
- made by ScaryTerry
- that are also pure stock
- that have a similar part count 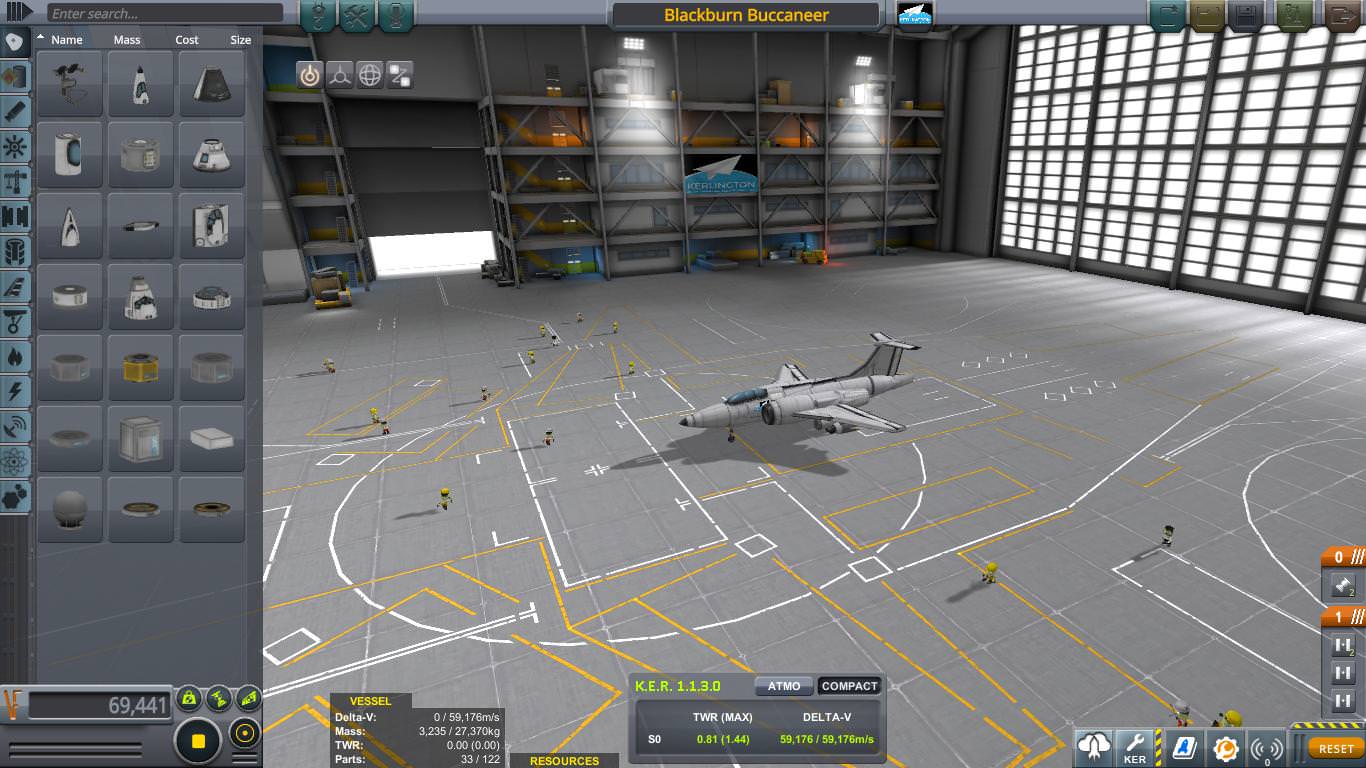 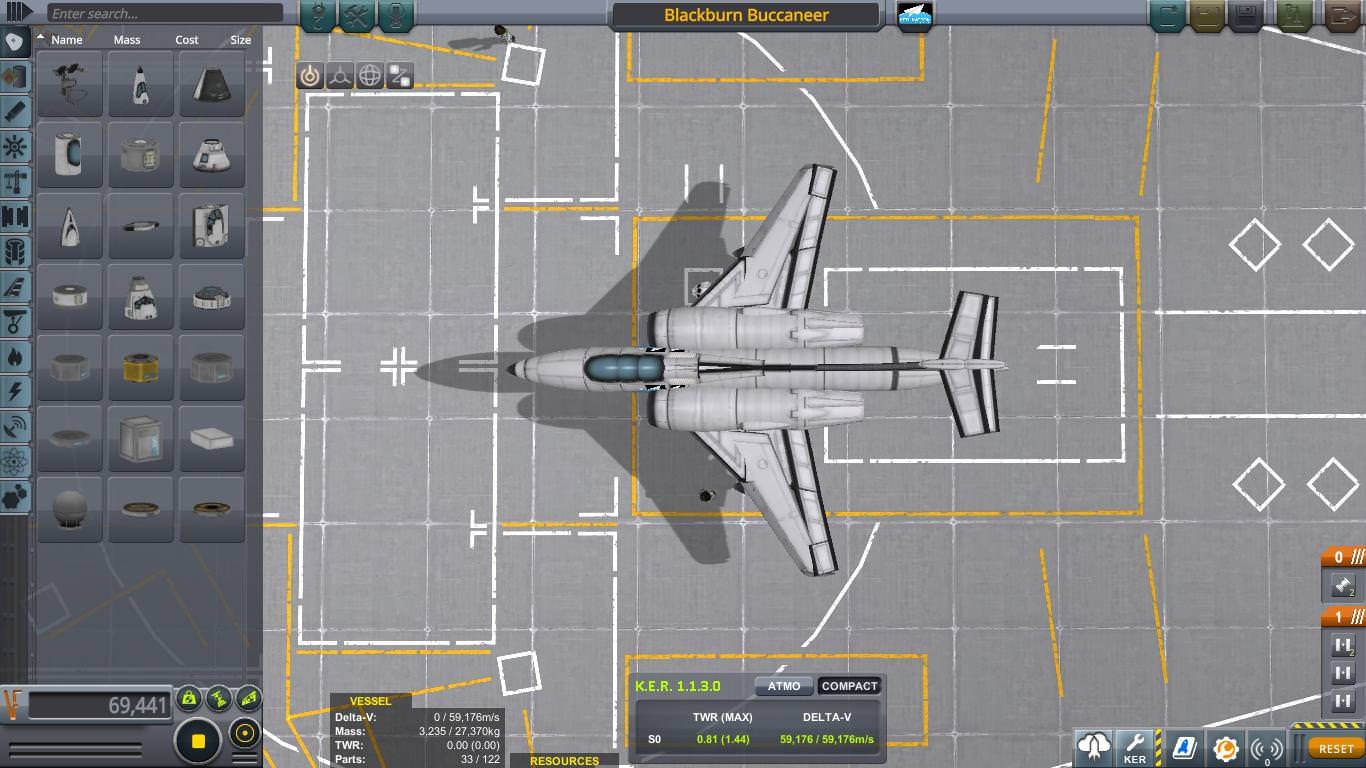 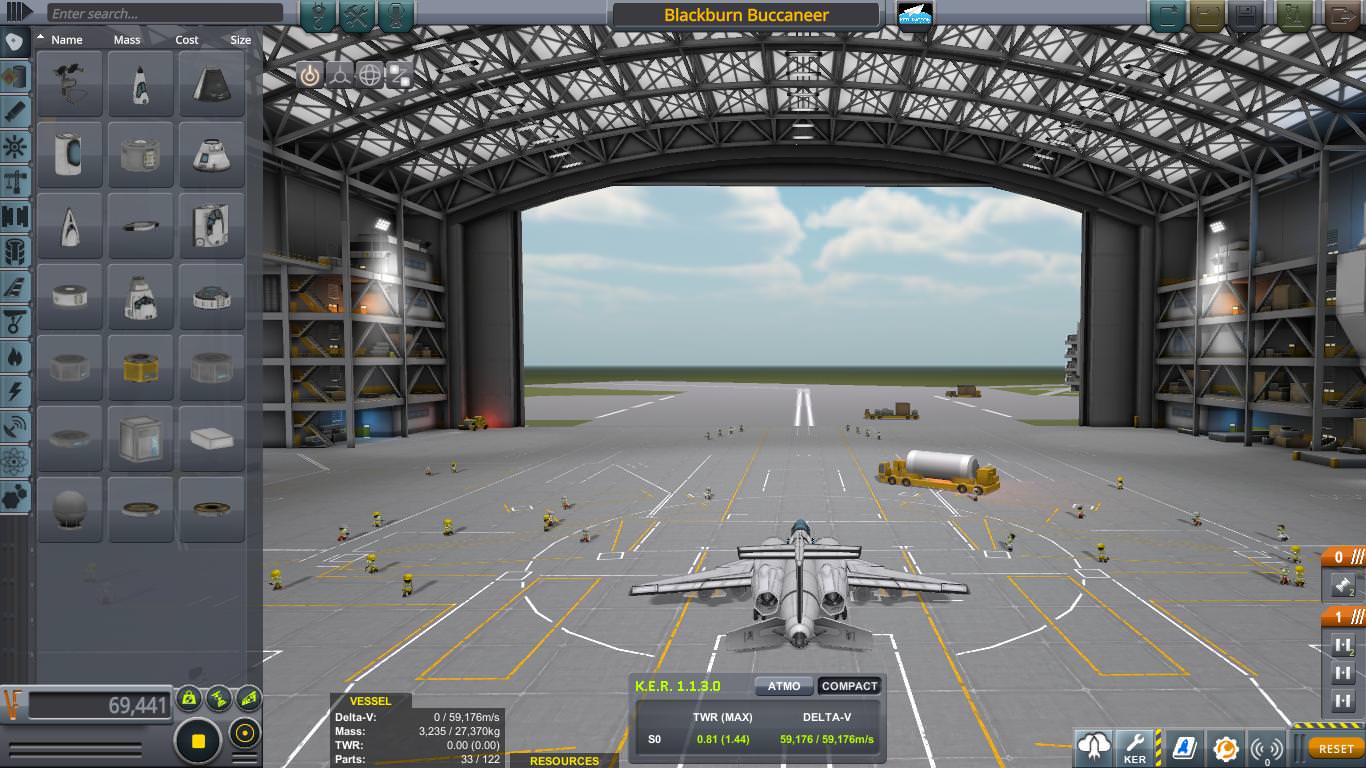 The Blackburn Buccaneer is a double engined fighter developed in the cold war and capable of transporting nuclear weapons. Usually the aircraft would fly at low altitude to avoid beeing detected by enemy radar.¨¨My replica gets pretty close in looks I think, it has problems achieving the maximum speed of the original though (set engines thrust limiter to 100% if you want to achieve better speeds)¨The Buccaneer also had a weapon bay, which I had problems making, so instead I chose the additional tank, which also was an option for the original.¨The bombs work (0-key) but the rocket pod and laser designator are not functional and only for design purposes.¨¨I hope you enjoy the aircraft

A stock aircraft called Blackburn Buccaneer. Built with 122 of the finest parts, its root part is probeCoreOcto2.