try not to crash it
Note: this was made in KSP v1.3.1 - It may not function as intended in KSP 1.9.0
download ckan meta-file
This craft has been added to your downloads queue. Use the KX Mod to fetch it when you are next in KSP. Enable deferred downloads to make this the default way to download.
Download craft with the KerbalX Mod
how to install
re-download

Or find other craft;
- made by SamwisePotato
- that use the same mods | that are compatable | with similar mods
- that have a similar part count 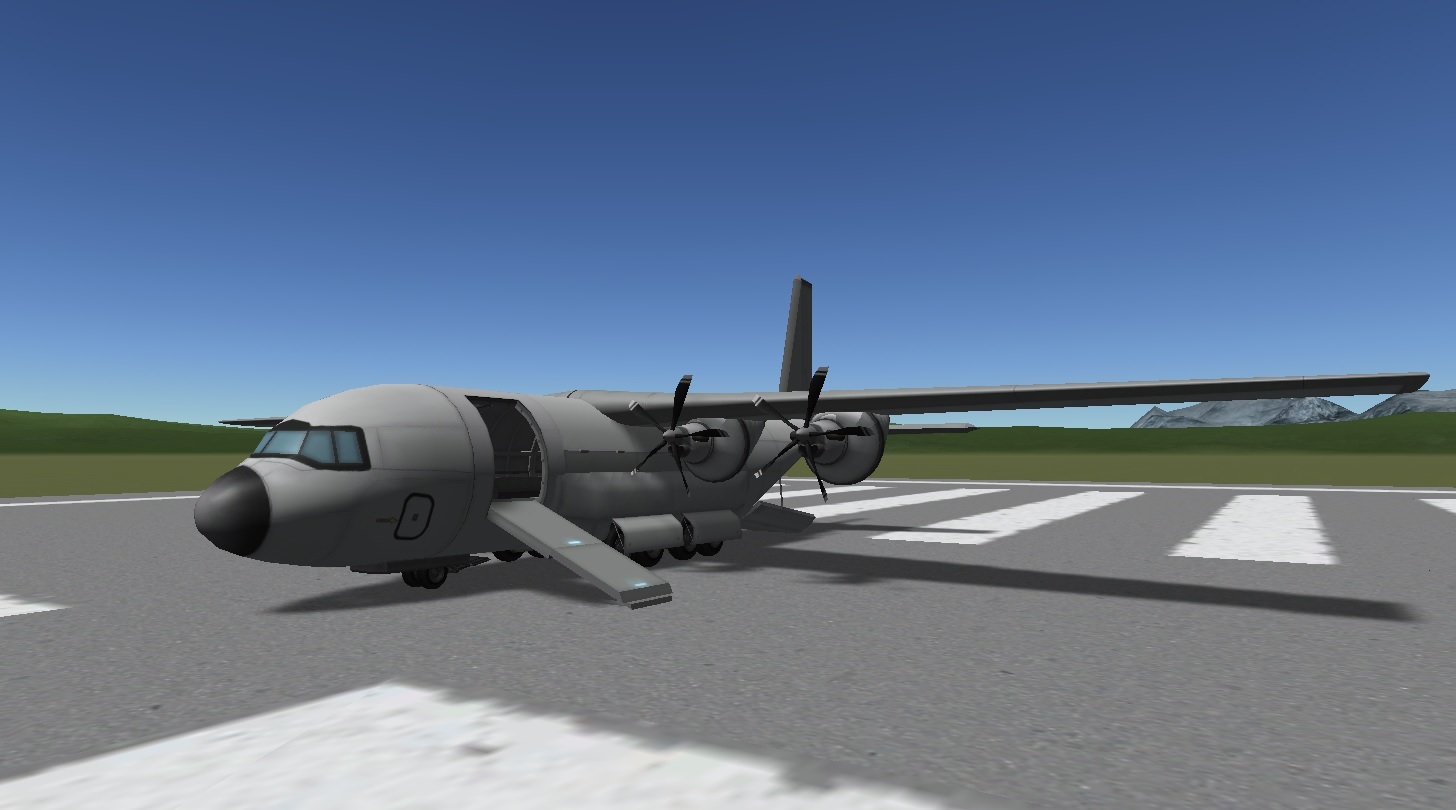 A mod aircraft called SA - Mule. Built with 33 of the finest parts, its root part is airbuscockpit.

Thanks to blackheart612’s recent update to their fantastic Airplanes Plus mod, I was motivated to blatantly copy the design of the Lockheed C-130 Hercules now that we have the wheels to pull it off. This is in no way an exact replica, nor is it even an attempt at a replica; I just couldn’t muster enough imagination to be original.

I haven’t gone into creating an attachment system for the cargo bay, since I’ve always found it much more effective, if slightly more time-consuming, to customize cargo bays on a mission-by-mission basis. Just make sure you keep the Centre of Mass slightly ahead and below of the Centre of Lift and you should have no trouble whatsoever.

The empty plane itself weighs in just under 11.5t, and I’ve tested it with a fuel and cargo load that brought the total weight to 48t. I figured a plane that can haul three times its own weight with no problems was good enough to upload. Enjoy!