try not to crash it
Note: this was made in KSP v1.8.1 - It may not function as intended in KSP 1.10.1
This craft has been added to your downloads queue. Use the KX Mod to fetch it when you are next in KSP. Enable deferred downloads to make this the default way to download.
Download craft with the KerbalX Mod
how to install
re-download

Or find other craft;
- made by RundownPear
- that are also pure stock
- that have a similar part count 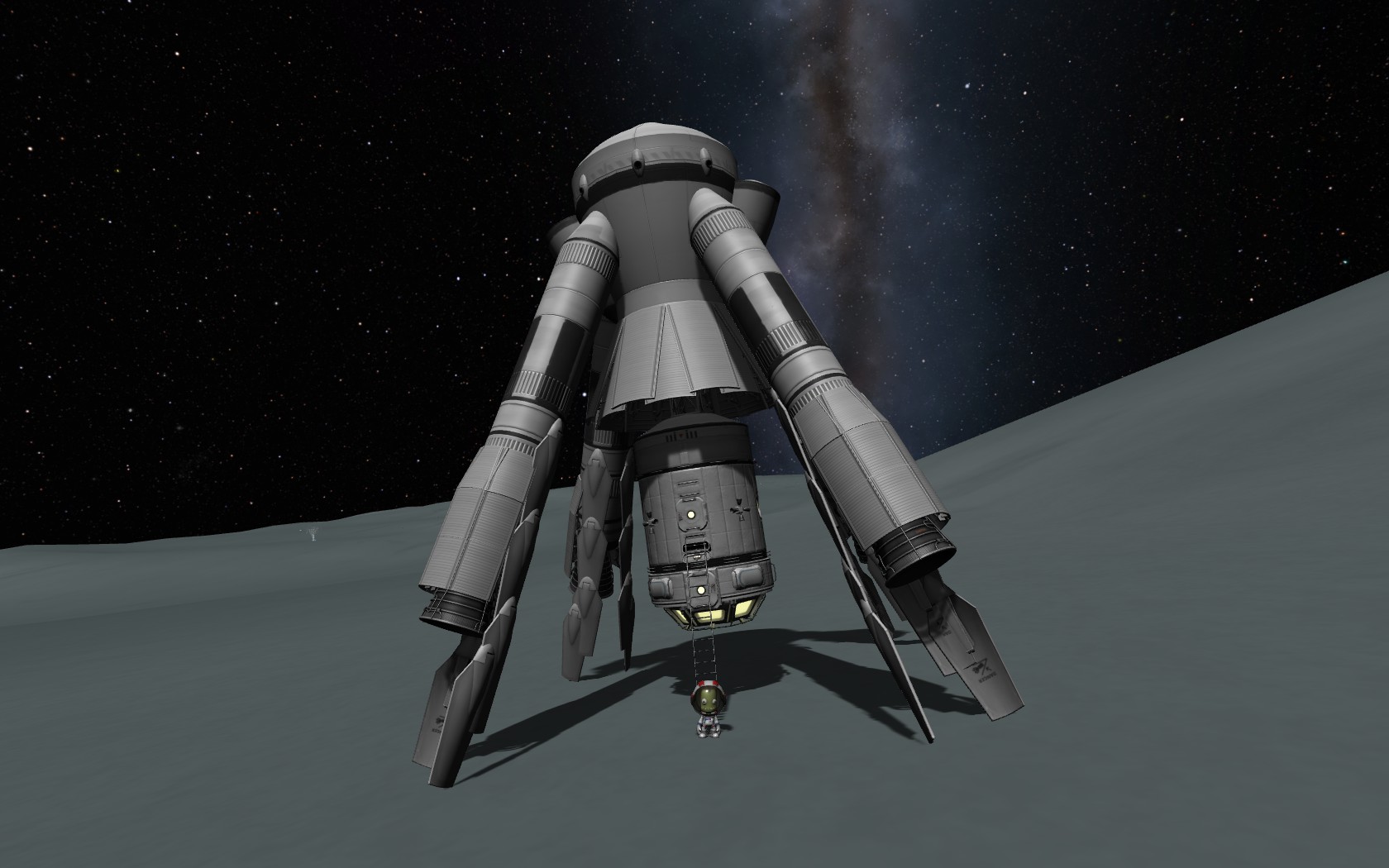 Manufactured by Lady Trieu, the Europa lunar lander was originally conceived as part of a plan to extract Dr. Manhatten from the world he had built on the moon’s surface but was later used to retrieve her father Adrian Veidt, aka Ozymandias, from the surface and end his exile.

Using extremely efficient chemical engines and suspended animation systems, it is able to support deep space expeditions. It is able to make a round trip from Earth to Jupiter in roughly 10 years.

Just created this for fun, tried my best to capture the design of the squid like vehicle from the show. Also my first vanilla stock craft in over a year.

A stock rocket called Adrian Veidt’s Europa Lander (Watchmen). Built with 187 of the finest parts, its root part is Size3To2Adapter.v2.