try not to crash it
Note: this was made in KSP v1.7.2 - It may not function as intended in KSP 1.12.3
download ckan meta-file
This craft has been added to your downloads queue. Use the KX Mod to fetch it when you are next in KSP. Enable deferred downloads to make this the default way to download.
Download craft with the KerbalX Mod
how to install
re-download

You'll need to download these ones manually; KerbalEngineer KerbalX doesn't know where to find this mod - Google it nearfutureaeronautics https://spacedock.info/mod/1957/Near%20Future%20Aeronautics
Login or sign up so KerbalX can remember the craft you've downloaded and so you can;
Upvote it
,
Favourite it
or
add it to a Hangar

Or find other craft;
- made by Redacted
- that use the same mods | that are compatable | with similar mods
- that have a similar part count 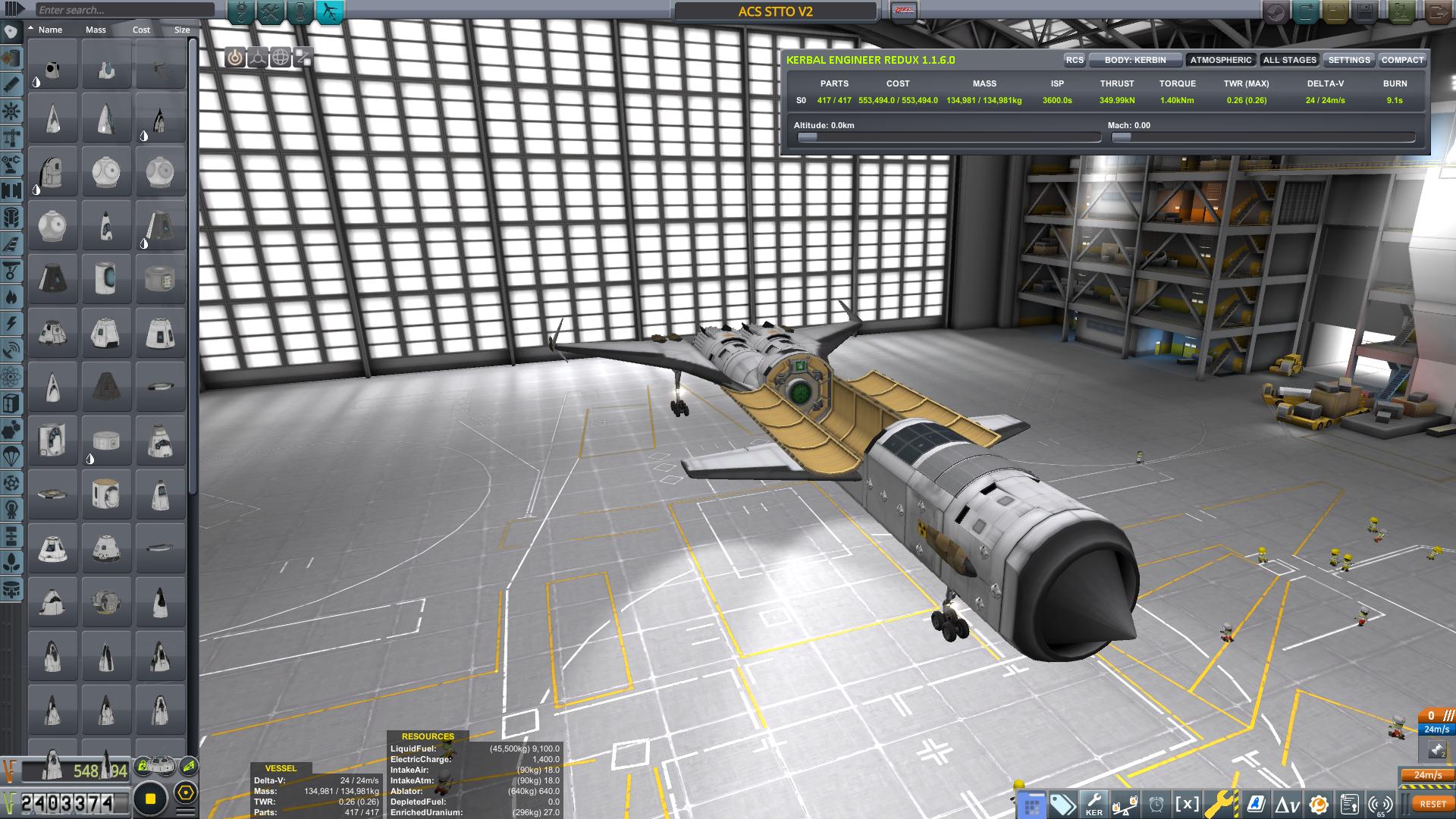 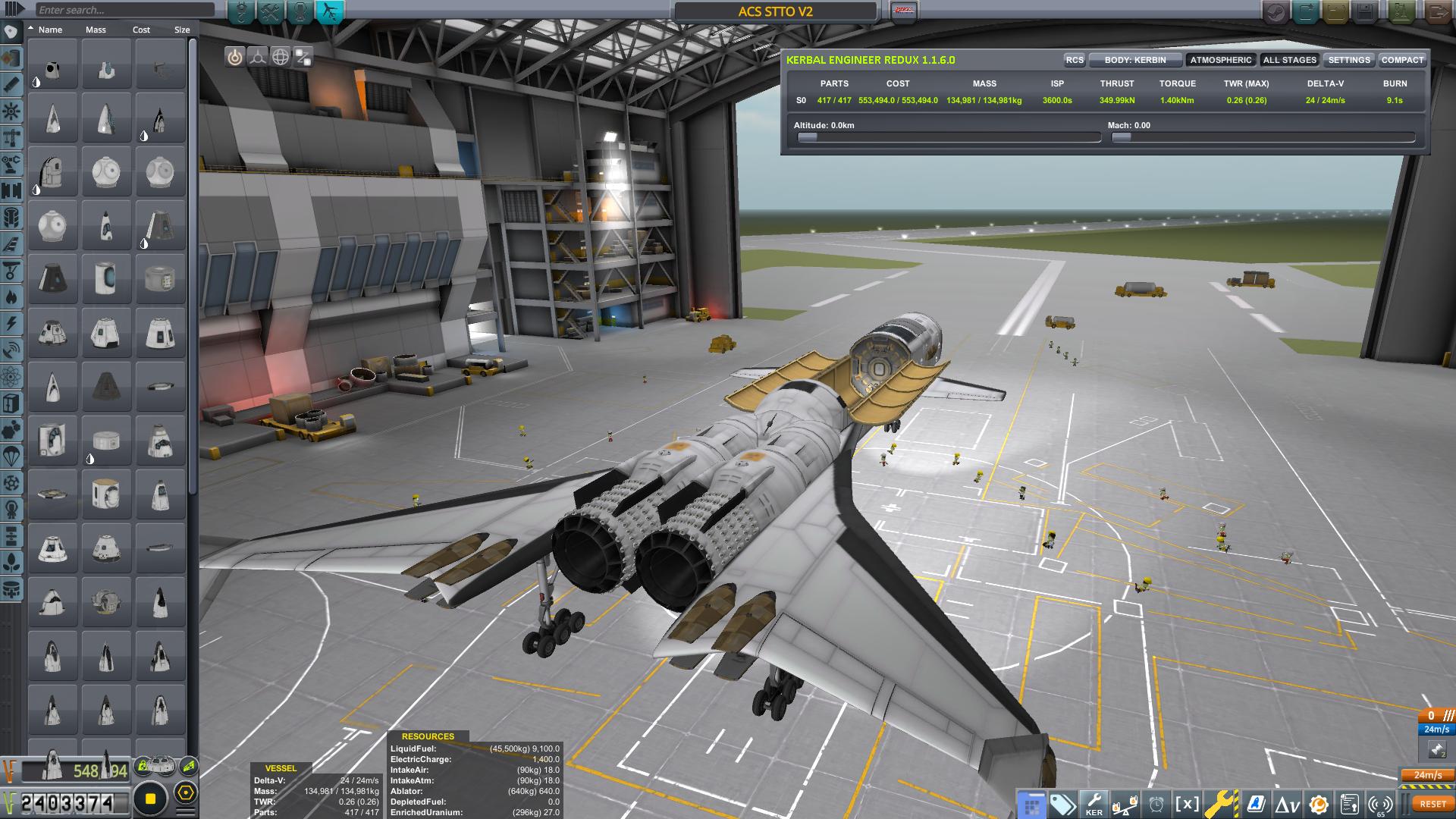 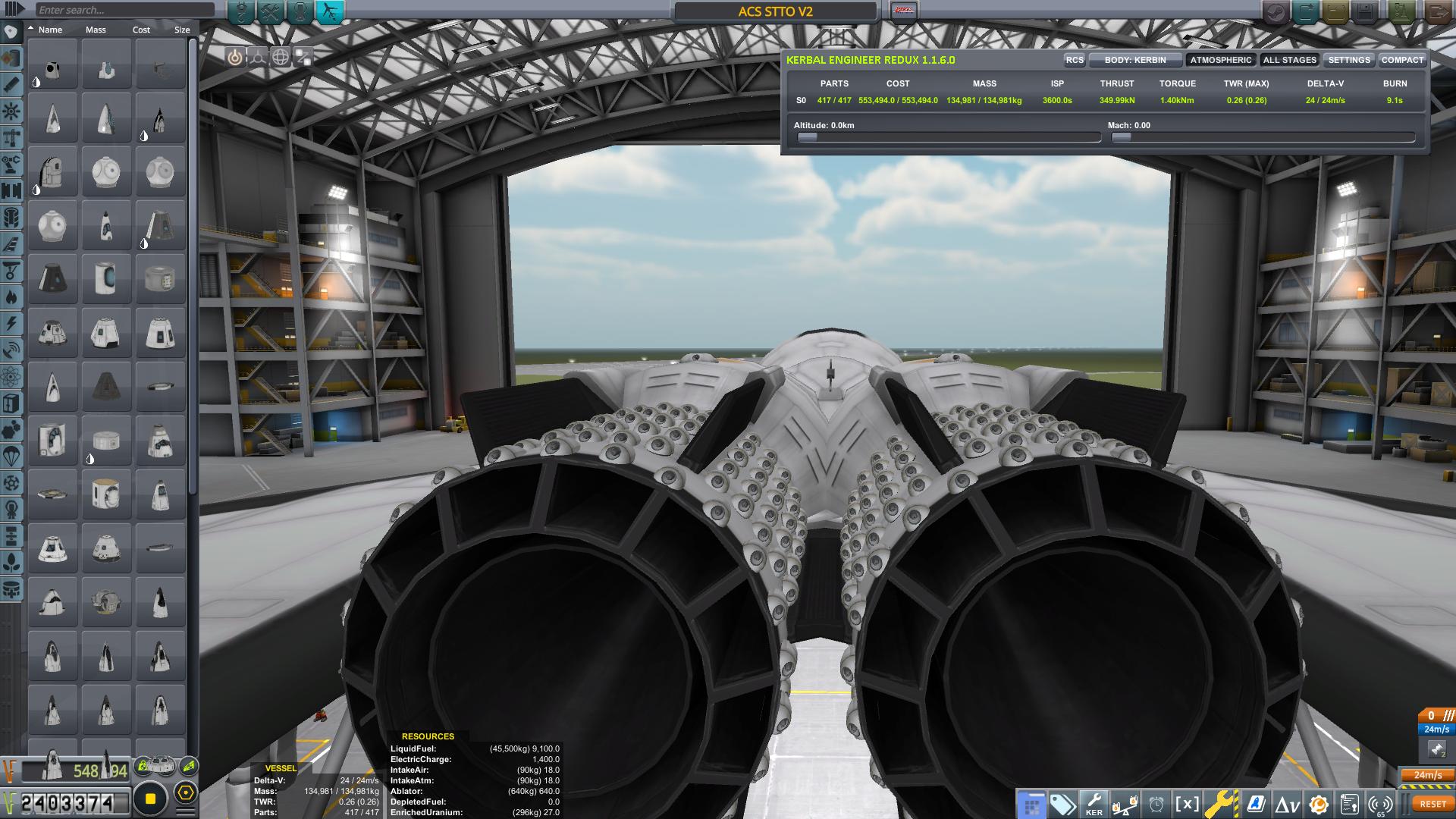 What’s remarkable is that while in the atmosphere, this craft uses no fuel (liquid) until the final push to orbit. Which by that time, it’s already moving 2000 - 2400 meters per second. The combined engine and thruster output are over 3500kn (with cargo) so pushing to orbit is pretty easy.

Flight notes: Quickly push up above 7000m (10 degrees) then slowly level out as your altitude / speed increases. Take slow steady turns (as needed) and be aware that Pitch control isn’t as strong as I’d like, hence the Air-Brakes doubling as elevators. The ACS thrusters use a horrendous amount of electrical power to operate (400 -500 EC’s) so don’t forget to activate the MK3 reactor @ 12-15%. Despite that one caveat, they’re great for their raw thrust as well as their ability to help control / stabilize the craft.

A mod aircraft called ACS STTO Version 3. Built with 417 of the finest parts, its root part is mk3FuselageLF.25.