try not to crash it
Note: this was made in KSP v1.2.2 - It may not function as intended in KSP 1.8.1
download ckan meta-file
This craft has been added to your downloads queue. Use the KX Mod to fetch it when you are next in KSP. Enable deferred downloads to make this the default way to download.
Download craft with the KerbalX Mod
how to install
re-download

Or find other craft;
- made by RaptorIndustries
- that use the same mods | that are compatable | with similar mods
- that have a similar part count 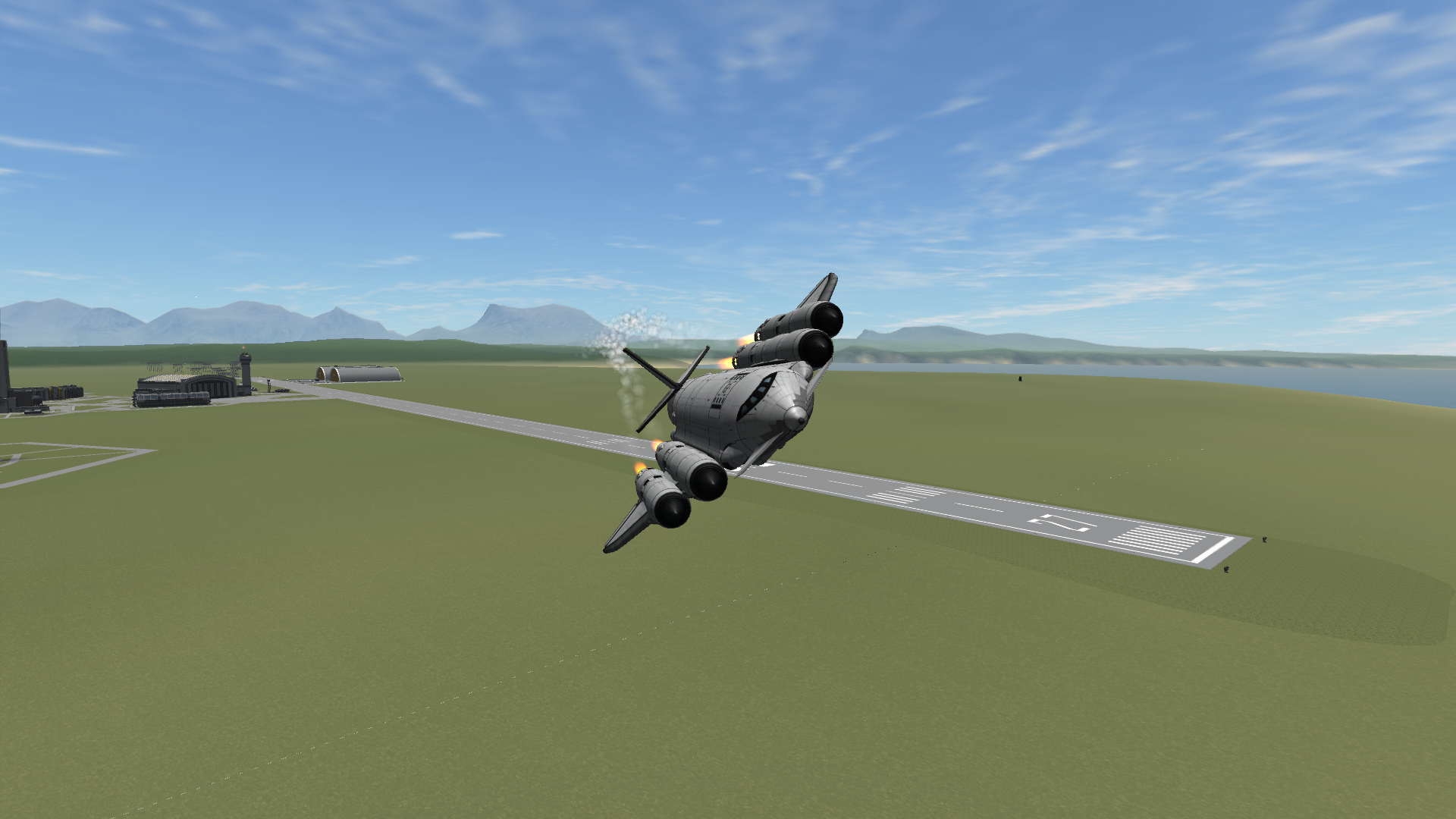 The latest aircraft developed by Raptor Aviation and Aerospace Technologies, the C-9 ‘Titan’ is among the finest aircraft when it comes to high speed, heavy lifting, and versatility, with a wide range of applications.

Please read the Important Information section below before downloading this aircraft.

The C-9 Titan weighs a monstrous 165 tons, but is able to take off in under 600 meters without cargo - an impressively short distance for such a *Titan©. It has multiple applications, including, but not limited to:

With a steep ascent at full throttle, the C-9 Titan can gain enough speed to nearly escape the atmosphere. Making suborbital hops in and out of the stratosphere may conserve fuel (reports vary). Since the engines will cut out at about 28000m, you can go around 100 kilometers without using any fuel. However, this is not an option with heavy payloads.

In order to conserve fuel, it is highly recommended to reduce the throttle. At cruising altitude (10,000-20,000m), the aircraft can make mach 2 at only 1/3-½ throttle, so going full throttle throughout the entire journey is not only unecessary, but highly inefficient. While the four engines are enormously powerful, they also have an enormous fuel consumption. With careful control of the throttle, you can make it half way around Kerbin without needing to refuel

*The C-9 ‘Titan’ is not actually copyrighted. The copyright symbol was there simply for comedic effect. However, we request that you do not re-post our craft without our permission.

Proudly brought to you by Raptor Aviation and Aerospace Technologies