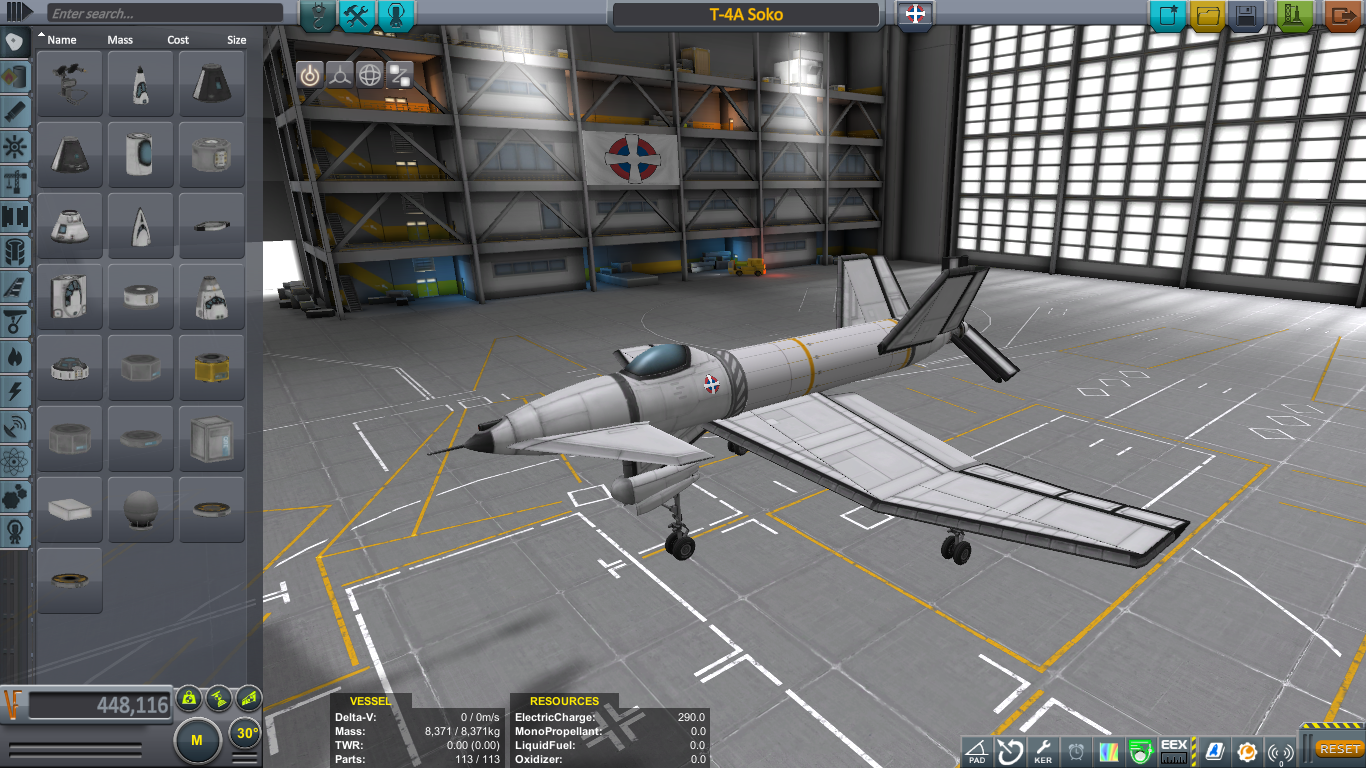 A stock aircraft called T-4A Soko. Built with 113 of the finest parts, its root part is Mark2Cockpit.

Updated version of the https://kerbalx.com/Rade/T-4-Soko with the new version of the SAS engine which uses 1.25m fairing as a housing instead of the structural fuselage. As a result of this the engine is considerably simplified and at the same time rotor can spin much faster.

High speed airplane powered by the two electric three-bladed contra-rotating propellers. Engine is modeled after the Kuznetsov NK-12 turboprop, it consists of two separate rotors covered by the fairing to minimize the drag.

Thanks to the powerful engine airplane can reach speeds of up to 200 m/s at low altitude.

Airplane is highly maneuverable and relatively easy to fly. Just try not to stall it because it is almost impossible to recover, and be careful not to hit the runway with the rotor blades on takeoff.